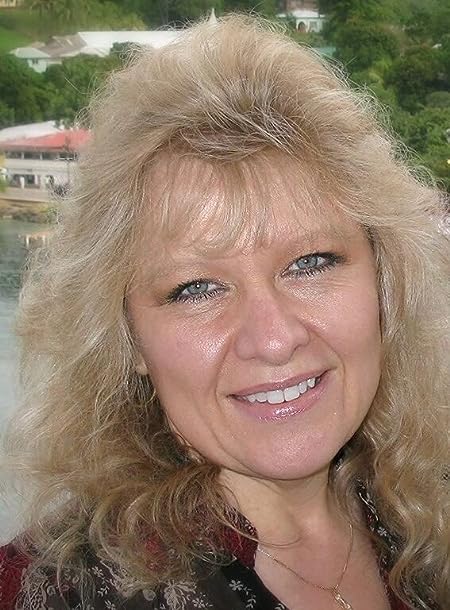 An accountant by trade, DM Porters (Denise Mercedes – yes, her real name) started writing as a release from the drudgery of numbers and financial statements. She had always enjoyed historical romances and wanted to write her own, but life ushered her down a much different path. When others read her short stories and told her to take it further, she wondered and dreamt.

The dream became a reality.

DM published her first novel, Here and Then After, in 2018, and her second, When Hearts Break, and third, Taken From Love, were issued in 2019. She is currently working on her fourth novel.

She lives in Ontario, Canada, and is happily married to her husband of 32 years. They have two wonderful, adult sons whom DM says, have been the inspiration for many of her stories.

Blessed in life, DM hopes to empower those she touches, showing that if you set your minds to it, you can accomplish anything. 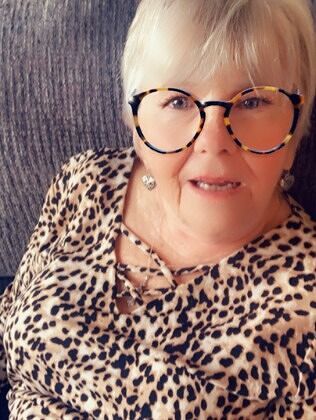 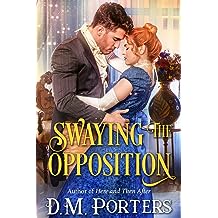 Swaying the Opposition Dec 21, 2021
by D.M. Porters
( 13 )
$2.99
Lady Aeryn Dunning was not blessed with children. But the beautiful young widow finds solace freeing those of others living a life of misery on London’s streets or in its dangerous factories. To her, these tiny souls should be happy and in school, not forced to work in unbearable conditions.

Arrogant Royce Garrington is a politician whose tragic past made him cold and uncaring. The handsome lord hates wasting time on inconsequential matters and sees the Factory Act, aimed at helping women and children in textile mills, as one of these. There are, in his eyes, more pressing issues to address.

The two meet under the most unusual circumstances, and Royce is drawn to the ravishing redhead. Aeryn knows of the scoundrel and wants nothing to do with him. But when Royce threatens her father’s reputation, Aeryn is forced to agree to a most scandalous entente. Neither expected the torrent of emotions that would overwhelm them. Can she melt his granite heart? Is love enough to sway the opposition? 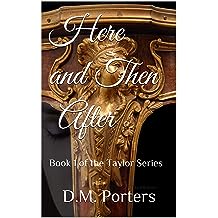 Retired tax accountant Elizabeth Edwards thought she had lived a full life.
That is until she learns her husband had been unfaithful for most of their 41 years together. Painfully, his deep, punishing secrets are revealed shortly after he passes. Beth is left to struggle with the man’s cruel deception and the realization that her life as she knew it had been a lie.

Broken and alone, she embarks on a journey to England, leaving everything she knew behind. It would be a trip that would change her life forever. While visiting manors in the English countryside, Beth dies but is given a second chance to live. This time, it’s in the body of a beautiful young woman living her own hell 200 years in the past.

Beth must find a way to cope with this impossible situation fraught with its own dangers. She finds a haven in Taylor Manor, a hidden gem she had visited in her previous life. There, she meets a brooding Lord Samuel Taylor, whose image she had never forgotten.

Can Beth start over and learn to live in these perilous times? Can she resist her growing attraction to handsome Lord Taylor, a man young enough to be her son? And, can he allow himself to love while battling his own demons?

Love truly has no boundaries, not even time. 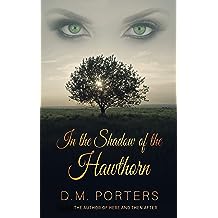 Beautiful Emma Mason was an illegitimate child who should have landed on the streets of London. A twist of fate would spare the girl from having to sell her body or beg for her next meal. Instead, Emma grew up in Lord and Lady Drake’s lavish home, working happily in their kitchen with her ever-grateful mother, Julia.

Through the years, Emma would never want for anything - that is until she met Theo Barnett, the son of a wealthy landowner. Friends of the Drakes, Lord Elliott Barnett, and his wife Sylvia had high expectations for their only child. A good match was vital, but they knew their handsome son would have no problems attracting the right woman one day.
A chance encounter between Theo and Emma would change everything.
Though wrong, Theo could not stop his attraction to the young baker. Desires burned, and their love was pure, but Emma knew it could not be. They would never be allowed to be together. Refusing to have Theo lose everything for her, Emma would push away the man she loves.
Their lives apart would be filled with tragedy, deception, and pain, all fueled by insatiable greed. Can Emma and Theo look beyond the misery and find their way back to each other? Could they go on after losing so much? 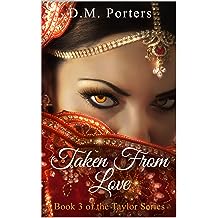 At twenty-two, beautiful Gabriella Taylor felt as if life was passing her by. In the end, she feared she would have to settle for a man she did not love. Would such a man understand her adventurous nature and allowed her the freedom she so needed? Highly unlikely.

An unexpected voyage to the French Coast would change everything.

Lord Gilbert Ramsay rarely paid attention to the many women who would look his way. Eager to follow in his father’s political footsteps, Gil’s focus was on understanding the plight of the common man in hopes of one day representing them. He would put away his London fineries and join the crew of a merchant ship, his identity hidden from the others. Never did he expect to meet the likes of Gabriella Taylor.

Knowing it was wrong, Gabriella was still drawn to the handsome but irritating sailor. He was like no man she had ever met. Gil, although initially annoyed with the spirited girl, was intrigued.
What began as an exciting journey of emotional awakenings for both, would turn into a harrowing ordeal. Taken by ruthless pirates, Gabriella would face the challenge of her life, unsure she would ever see her family or Gil again. Painfully, her wish for adventure had come true.

Oceans from home, Gabriella would need all her courage and that of a gorgeous crewman to get back to the life she so wants. 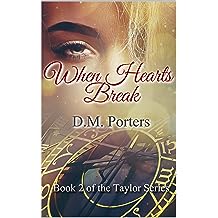 When Hearts Break: Book 2 of the Taylor Series Apr 19, 2019
by D.M. Porters
( 2 )
$2.99
No one hears when a heart breaks.
Growing up, Alexandra Wright wished handsome William Taylor would look her way. The daughter of a brew master, Alexa had known the Taylors since she was a child. Preoccupied with growing the best hops in the country, Lord Taylor’s son paid her no attention. To William, Alexa would always be his younger sister’s annoying little friend.

Years pass, and with a title destined for him, William becomes a sought-after bachelor. Mothers parade their daughters before him, but none catch his eye. William deplores the nonsense. He wants a pure love like that of his blissful parents but fears he will never find such a treasure.

Unlike William, Alexa’s life is one of turmoil and despair. Her mother suffers from an illness her father refuses to accept. It thus falls on Alexa to care for the woman, leaving little time for her own wants and wishes. Desperate for her beloved mother to get better, Alexa secretly takes her to London.

An opportune encounter with William while there would change everything. Alexa, he sees, has blossomed into a beautiful young woman, one he cannot forget. Gone is the irritating child he once knew.

With her mother’s health worsening, Alexa’s life begins to unravel. Despite being on the cusp of love, she is torn from William by tragedy, greed, and deceit. Both Alexa and William must now face dangers that will put their very lives in peril. Can they find their way back to one another, knowing hearts can only break so much before they shatter?