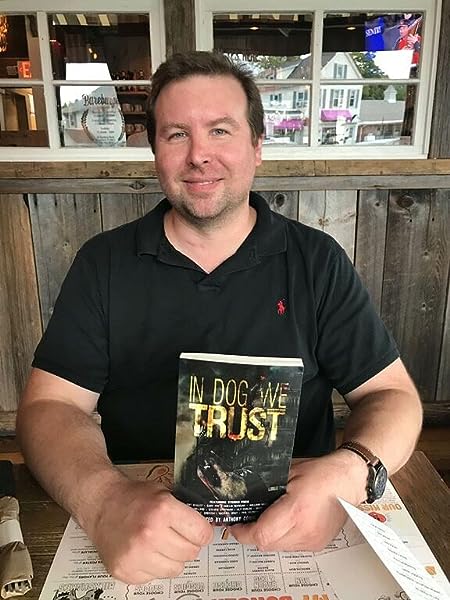 Fascinated by all things dark, gritty, and dystopian, D.T. Griffith lives on the periphery of the horror and dark fiction genres. Like all of his other art, his fiction and nonfiction writing draw inspiration from classic and modern works alike, spanning a full range of literary masters, surrealist painters, raw comedians, and punk rock.

He has worked as a professional designer, illustrator, and writer since the mid-1990s in the marketing, branding, and communication fields. Educated in fine arts and writing, and a professional in the corporate communication and eCommerce fields, he enjoys a keen passion for writing dark fiction, noir, and horror during his free time where his brain is permitted to explore its deviant side without retribution.

D.T. Griffith holds a BFA in fine arts and an MFA in creative and professional writing. He resides in his home state of Connecticut, USA with his incredibly talented and supportive wife, Melissa, and their pug, Pretzel. 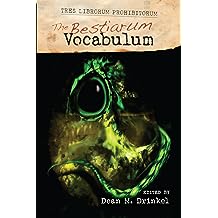 Two hundred years later, twenty-six modern day masters of the macabre bring The Bestiarum Vocabulum back from the ashes.

Full Table Of Contents:
A Is For Amonby Emile-Louis Tomas Jouvet
B Is For The Black Hound of Newgate by Jan Edwards
C Is For Chupacraba by Martin Roberts
D Is for Djinn by Lisa Jenkins
E Is For Ellerwoman by Peter Mark May
F Is For Fenrir by Raven Dane
G Is For Golem by Joe Mynhardt
H Is For Helicoprion by Rakie Keig
I is for Imp by D.T. Griffith
J Is For Jack In Irons by Mark West
K Is For Kappa by John Palisano
L is for Lamia by Amelia Mangan
M Is For Mara by Robert W. Walker
N Is for Nimerigar by Christine Dougherty
O Is For Onokentaura by Tim Dry
P Is For Púca by Nerine Dorman
Q Is For Qareen by Dean M. Drinkel
R Is For Rusalka by Christine Morgan
S Is For Succubae by Tej Turner
T Is For Tsul ‘Kalu by D.M. Youngquist
U Is For Ubume by Jason D. Brawn
V Is for Veltis by Lily Childs
W Is For Werewolf by Andy Taylor
X Is for XeXeu by Sandra Norval
Y Is For Yule Lads by Adrian Chamberlin
Z Is For Zulu Zombies by Barbie Wilde 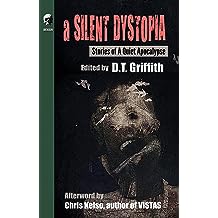 HEaR TODaY … The disease known as MNG-U has staked its claim on humanity and broken the world forever. Most of those who survive have been robbed of their hearing, deafened in this quiet apocalypse. Around the globe, people do what they can to exist in the terrifying silence. Whether in isolation or in new communities, they must persevere amidst a changed and brutal landscape that is now barely recognisable as a world they once knew. Normality has new boundaries; the rules rewritten in the name of survival.

From the world of Dave Jeffery’s A QUIET APOCALYPSE come ten unique stories with one, ultimate vision …

To show what it takes to endure A Silent Dystopia... 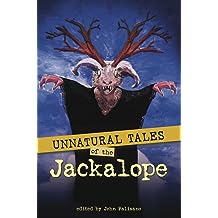 Unnatural Tales Of The Jackalope Jun 30, 2012
by Jeff Strand, SÈPHERA GIRÓN, Rick Pickman, Aaron J. French, Mike D. McCarty, Brenda Knutson, Rachel Towns, KRISTI PETERSEN SCHOONOVER, John Palisano, Casie Smalls
$2.99
Eighteen stories, a poem, and a letter all about the fabled Southwestern Jackalope. Read as a lonely jackalope comes into his own, learn how Ronald Reagan used his jackalope to find political success, explore the horrific ramifications as jackalopes terrorize those unlucky enough to cross their paths...and meet other creatures along the way, like the mighty chupacabra and terrifying moths. This collection explores many aspects of the world of the jackalope!
Authors 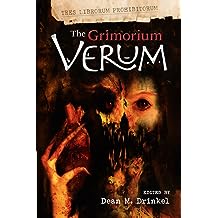 Twenty-six dark fiction authors from around the world each take a letter and use their unique voices to weave magical stories of horror and the fantastic.

The Truth, at last…speaks!
Read more
Other Formats: Paperback 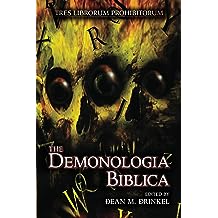 The Demonologia Biblica (TRES LIBORUM PROHIBITORUM Book 1) Mar 24, 2013
by Barbie Wilde, Nicholas Vince, Dean Drinkel, Andy Taylor
( 8 )
$3.99
The Demonologia Biblica: compiled and edited by Dean M Drinkel.
The first in a collection of anthologies to be published by Western Legends throughout 2013 under the banner “Tres Librorum Prohibitorum”.
A lexicon of demons full-to-bursting with great writers (some new, some award nominated, some award winning) from all around the world.
But the Demonologia is something more.
Much more in fact than the sum of its parts.
A French nobleman from the 15th Century.
Gilles de Montmorency-Laval, Baron de Rais, who was a serial killer and heavily into the occult.
At his trial in 1438, it was said that de Rais had sought out individuals who were purported to summon demons. These summoning words were put into a Grimoire fashioned from human skin and which was commonly known as the Demonologia Biblica. A book which mysteriously vanished after de Rais’ execution but which is often talked about in ‘Dark Circles’. Imagine the power one could wield with such a weapon!
Though who knows – maybe it never existed in the first place and was just a figment of someone’s warped imagination...I guess we may never know...
...so until that book is found, turn the page and immerse yourself in the unique demonic worlds these twenty-six authors have created for you...
...get thee behind me, demon... 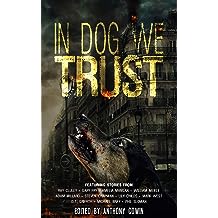 In Dog We Trust Mar 6, 2019
by Anthony Cowin, Ray Cluley, Gary Fry, Amelia Mangan, William Meikle, Adam Millard, Steven Chapman, Lily Childs, Mark West, Phil Sloman
( 3 )
$2.99
In Aid of Birmingham Dogs Home.
The grey wolves howled and scratched at our doors until we let them in. We fed them, tamed them and made them our companions. For millennia they were hunters at our side. We evolved together and survived with each other. We built myths and religions on their backs. From lycans to dog-headed gods like anubis. Yet we were always the master, they the servant. That is until recently when evolution has played a horrifying trick. Now our roles are reversed. but some of us are fighting back. The story of the mankind is far from over and the story of the new dog masters has only just begun. Though one thing is certain... Man's best friend has become Mankind's worst enemy.
Read more
Other Formats: Paperback 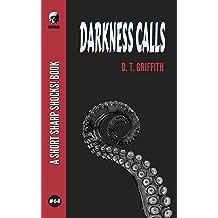 Darkness Calls (Short Sharp Shocks! Book 64) Dec 31, 2020
by D.T. Griffith
( 6 )
$0.99
Mike is facing the inevitable. He and his wife Leah are racing through the middle of the night to see his addict sister in the hospital on the second anniversary of their father’s death. A situation for which his spiritual mother seems elated. It is a situation Mike knew would be coming, but not for the reasons he anticipated, including that of his own calling.

(with a cover by Adrian Baldwin) 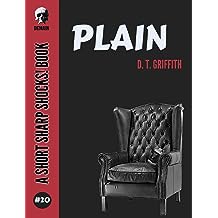 Plain (Short Sharp Shocks! Book 20) May 10, 2019
by D.T. Griffith
( 6 )
$1.50
Essy is released from a psychiatric hospital after orchestrating her mother’s death a few years earlier. She moves to the neighboring town, where she can continue therapy with her psychiatrist. In pursuit of an idealistic happiness and normalcy, she finds herself both haunted and driven by those she hurt...

Writing about Plain, the author David T. Griffith said: “Plain started out as a four-page story in which I challenged myself to make a ridiculously mundane character fascinating. I wanted something more than a slice of life short story, so I added the voices Essy hears to create an unhealthy catalyst to her story. A traumatic event in her past that she orchestrated helped establish her psychological and confidence issues and serve as the driving force at the core of the story. It all grew from there.” 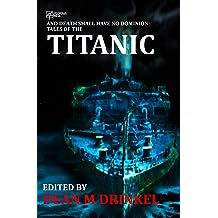 And Death Shall Have No Dominion: Tales of the Titanic Oct 31, 2016
by Nerine Dorman, Kyle Rader, D Griffith, Robert Walker, Sylvia Shults, Dean Drinkel
( 2 )
$4.60
In this exciting new horror anthology from Dean M Drinkel and Lycopolis Press you will find the following stories:

The Jasper Scarab - by D.T. Griffith
A survivor of the Titanic disaster possesses an ancient Egyptian artefact, how is it connected to a series of tragic events…?

Le Laboratoire des Hallucinations - by Dean M Drinkel
Richardson, an English journalist, is seduced by both a beautiful woman and the mysterious Doctor Papper. What lies behind the door to Stateroom Sixteen…?

Maiden Voyage by Sylvia Shults
Germany dominates a world in which the US never fought in the Great War and where the Titanic docked at New York carrying death in her hold: a plague that decimated the eastern seaboard…

The R.M.S. Titanic continues to captivate more than a hundred years since its doomed voyage of 1912.
History has never been so...imaginative…
Read more
Other Formats: Paperback 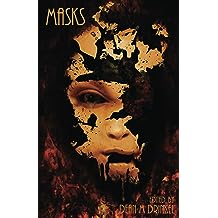 Masks Sep 17, 2015
by James Everington, D T Griffith, Chris Stokes, Russell Proctor, Christine Morgan, Lucas Williams, Phil Sloman, Kyle Rader, Christopher Beck, Dean Drinkel
( 1 )
$2.99
What does it mean to wear a mask…and what is a mask exactly?
The answers to both questions can be found in these incredible stories, by thirteen new masters of the macabre, writing at the top of their game.
Read more
Other Formats: Paperback 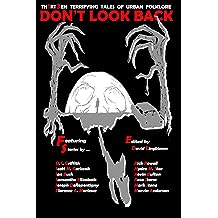 Don't Look Back Dec 22, 2014
by Dark Press, David Lingbloom, E. Vernor
$2.99
Thirteen urban legends such as Mark Stone story, Gunslinger’s Greed, tells exploits of Earl Wade, an outlaw so greedy and despicable he is hunted by a Wendigo. Hydra Star brings you a barghest story of the British Hellhound. Ian Bush tells of the story of Black Aggie, a teenage girl who is found dead in the arms of a graveyard statue.
Read more
Other Formats: Paperback 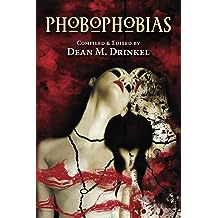 Compiled and edited by Dean M. Drinkel, the authors
of Phobophobias are: