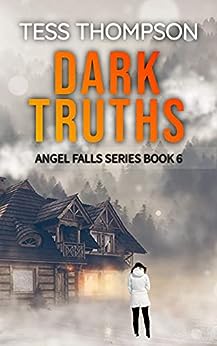 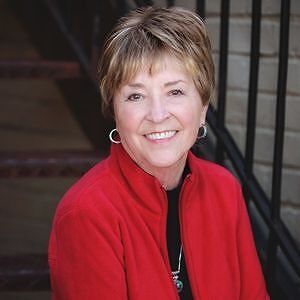 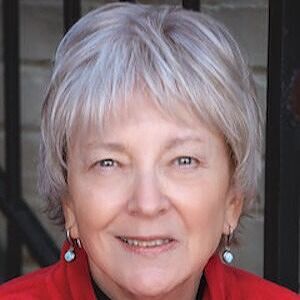 Is a serial killer walking the quiet streets of Angel Falls?

Small-town Sheriff Jonas Clearwater is suddenly responsible for investigating his best friend’s death. Preliminary observations suggest the successful true-crime novelist Cecil Howard could have died from a drug overdose or suicide. Jonas is racked with guilt wondering if he could have prevented the tragedy.

On the night Cecil dies, Jonas comes face-to-face with author Peyton Patel, a woman with whom he’d had a brief encounter and never expected to see again but couldn’t get her out of his mind. Why was she there, and what does she know about Cecil’s death?

Months earlier in a chance meeting on a lonely night, an instant attraction ignited between them, but both were hurting from personal tragedies and the timing wasn’t right. Peyton had just buried her beloved grandfather, and Jonas learned that his father has a fatal illness.

Soon, it becomes evident that someone was trying to silence Cecil before he could expose the facts about the brutal murders of three women in New Mexico.

This time Peyton’s life is in danger, and Jonas realizes his feelings for her are real. Now, he’s in a race with time to keep Peyton from becoming the next victim.

Will the fire that’s been smoldering between them burst into flames again?

Limited-Time Offer
Join Audible Premium Plus for 60% off. Get this deal
Next 3 for you in this series See full series
Total Price: $14.97
Books In This Series (8 Books)
Complete Series
Angel Falls
Kindle Edition
Page 1 of 1Start OverPage 1 of 1
Previous page
Next page

"Peyton, a successful writer, had recently lost her grandfather and found her writing friend dead. She was going through a very emotional time as she meets Jonas again. Book 6 is about the interesting characters in Angel Falls. There is a new doctor in town, also. Several relationships revolve around Cecil's death as it becomes apparent it was a murder, although the autopsy was confusing. The storylines weave together nicely. The other books in the series are not required to enjoy this one but are recommended reading.

I enjoy the details added by the authors, such as descriptions of the restaurants and menus. New Mexico is the setting of the book, with scenes painted in vivid words. Jonas successfully helps his parents' ranch and tracking clues even with his ribs bruised. Cecil's mother arrives to take care of his things. The characters work through some difficult life situations with courage." - Midwest Book Review

JBG
5.0 out of 5 stars Page turner.
Reviewed in the United States 🇺🇸 on December 24, 2021
Verified Purchase
Love this series. Well written and just enough clues to help the reader figure out the villain and the motive.
Read more
Helpful
Report abuse

BJ Coleman
3.0 out of 5 stars Working my way through the Angel Falls series
Reviewed in the United States 🇺🇸 on January 5, 2022
Verified Purchase
I have loved reading the six books so far, but it had a little too much sex for my taste. For me that takes away from the story and its a little too "perfect" in my opinion. I do love the Tess Thompson books; I've read many more than just the AF series and will continue.
Read more
Helpful
Report abuse

Sahar's Honest Reviews
4.0 out of 5 stars Romance, Mystery, and Suspense
Reviewed in the United States 🇺🇸 on November 12, 2022
An author is dead, and his death is ruled a suicide. Then, as the truth becomes clear, Jonas realizes that his friend was murdered. He was getting too close to a truth that someone was willing to kill, as many people as it took, to keep hidden. Peyton and Jonas find themselves falling in love, but before they can enjoy their romance, they must uncover the truth. A killer is hiding in plain sight, and the danger is creeping ever closer. Who is the killer, and who will be next? The mystery and suspense kept me turning the pages. Besides Jonas and Peyton, there were two other romances in this story. There is even a paranormal twist that made it more interesting.
Read more
Helpful
Report abuse

Cherry A. London
5.0 out of 5 stars Intriguing, thrilling and entertaining.
Reviewed in the United States 🇺🇸 on April 24, 2022
Dark truths was the first thriller I have read with three romance stories within it. What a story it was a mind-boggling and intriguing story, with a serial killer that had the police running around at their tails. I love the three romantic couples and the hurdles they had to clear within their minds before moving on to another chance at love. This was truly an entertaining, intriguing, and thrilling read.
Read more
Helpful
Report abuse

Jengel106
5.0 out of 5 stars An action packed murder mystery.
Reviewed in the United States 🇺🇸 on December 28, 2021
This being the 6th book and the only one I have read. I thought I might miss some of the backstories and not get a real feel for the characters. I was very pleasantly surprised. This could easily be a stand alone book. It is a action packed murder mystery filled with twist and turns. I like the way Ms. Thompson writes. It is easy to follow. The way she weaves the connections from character to situation is beautifully and seamlessly done. I loved the family connection the best. Peyton and Cecil fellow authors. Jonas and his family and then the cops in the station and how they have each other's back like family. Well most of them. You are always going to have the ones that don’t fit in or get attached. From the very beginning I was hooked and before long I was done and all my questions were answered.
I enjoyed the storyline. That storyline being about Cecil Howard who is a well known author. He is working on a new story about three murdered women and wants to talk to one of his best friends fellow author Peyton Patel about some of the stuff he has uncovered. Peyton visits Cecil only to find him dead. Thus enters Sheriff Jonas Clearwater. What seems to look like an accident or suicide quickly turns to murder. Is it connected to the other discovered women murders. Peyton and Jonas had a small one night encounter. They went their separate ways but the attraction is still there. Jonas is dealing with some major family issues too. Can Jonas handle investigating the death of one of his friends and control the growing attraction for Peyton while trying not to get them both killed? Read it to find out. You won’t be disappointed. This was a great book and I would recommend it.
Read more
Helpful
Report abuse

JP
5.0 out of 5 stars Great read!
Reviewed in the United States 🇺🇸 on January 20, 2022
A thriller that involves the mysterious death (suicide? murder?) of a true crime writer. This is right up my alley. I hadn’t read any other books in the series previous to this book. I’m sure it would’ve giving me a better understanding of some aspects, but I was still able to understand the book and enjoy it as a standalone. I imagine it’s difficult to combine a good romance with a good murder mystery, but this a great example of one. I really enjoyed the back-and-forth between Peyton and Jonas. There were several twists in the book that I did not see coming. I was glad to find the rest of the series is available on KindleUnlimited, so I’m definitely going back and starting the series over. Hopefully by then the next book in the series will be ready!
Read more
Helpful
Report abuse

Carleen Markivich
5.0 out of 5 stars Psychologically Thrilling!
Reviewed in the United States 🇺🇸 on December 28, 2021
If you like a good mystery with some added terror, romance, twists and turns, then this is the book for you! Though this is a book in a series, the reader does not have to read any previous books to understand what’s happening. The authors are phenomenal on this collaboration! The book is fast paced and will keep you on your toes. There were so many twists that even the true murderer was a shock to me! You can’t help but fall in love with these characters and their each individual personas and values. The characters are very well developed and really bring the story to life. I can’t wait to read more in this series and learn of new characters! This is definitely a great rainy night read.
Read more
Helpful
Report abuse

Just Breathe
5.0 out of 5 stars Angel Falls
Reviewed in the United States 🇺🇸 on November 24, 2021
Sheriff Jonas Clearwater and grisly fiction writer Peyton Patel, two of true crime writer Cecil Howard’s closest friends were devastated to learn of his murder. Especially now that they have evidence that he was close to revealing his discovery of a serial killer and an innocent man may be in prison for a murder he may not have committed. Now someone has broken into Cecil’s temporary residence in Angel Falls and his home in Albuquerque and the only thing that appears to be destroyed were the offices where he does research for his books. Now Jonas and Peyton are trying to follow the trail set my Cecil while the killer is wanting to make sure they don’t find him.