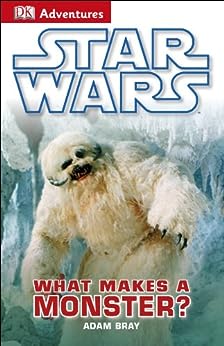 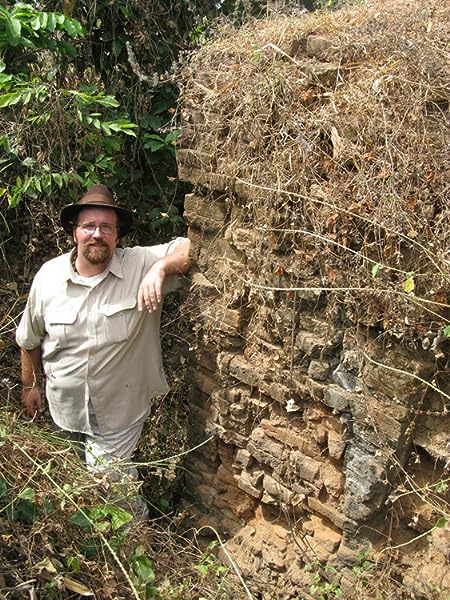 From the acklay to wampas, banthas to the sarlacc, meet the scariest monsters in the Star Wars galaxy. Learn where they come from, what they live on, and all about those who have battled them.

DK Adventures: What Makes a Monster? will help kids learn how to read--and learn to love reading.

Adam Bray is a lifelong fan of Star Wars. He is the author of DK's Ultimate Star Wars, Star Wars Rebels: The Visual Guide, Star Wars: Absolutely Everything You Need to Know, and Star Wars: The Visual Encyclopedia. Adam is also a contributor to the official blog at StarWars.com and a guest commentator on many popular Star Wars fan podcasts. --This text refers to the paperback edition.

Adam Bray is an illustrator, photographer, composer (you'll find his music in other areas of Amazon) and author. He began his career working with chimpanzees, then moved on to exploring ancient ruins and remote villages in Southeast Asia. Adam has contributed to guidebooks for DK Eyewitness Travel, Insight Guides, Berlitz, Thomas Cook, Time Out, Things Asian Press and AA. He has also written for CNN, BBC and Nat Geo, and chased hobbits on the red carpet in New Zealand before finally returning to a life-long passion: Star Wars. He is the author of "Star Wars Rebels: The Visual Guide", "DK Star Wars: What Makes a Monster?" and a contributing author for "Ultimate Star Wars." He has other Star Wars and Marvel titles too.

Five things Adam has enjoyed eating: Deep-fried squid teeth, grilled whole bullfrogs, durian fruit (which some say smells like dead things but I say tastes like perfection), popcorn crickets, and minced rat meat with chili and rice crackers, but not chargrilled rat with the hair still stuck to it, because that just tastes terrible.

Five things Adam is not fond of: Giant centipedes in my bedroom late at night, the smell of dog meat soup, secret Communist agents, chimpanzee poop in my hair, and popular fashion trends.

The character Adam would most like to play in a Star Wars film: A Hutt gangster, because scoundrels are the most fun!

Gregory A Schmidt
5.0 out of 5 stars Great for kids!
Reviewed in the United States 🇺🇸 on July 11, 2015
Verified Purchase
Kids love it!
Read more
One person found this helpful
Helpful
Report abuse

ibuybooks
5.0 out of 5 stars I love it
Reviewed in the United States 🇺🇸 on September 9, 2014
Verified Purchase
Great new book!
Read more
One person found this helpful
Helpful
Report abuse

R. Silva
3.0 out of 5 stars Fun For Young Fans
Reviewed in the United States 🇺🇸 on April 24, 2018
Brought home from the school library by the Kiddo (now 10 years old, and still enjoying all things Star Wars).

This is a sort of field guide to the various monsters of the Star Wars galaxy, featuring favorites like the rancor, wampa, and sarlacc from the original trilogy, plus an assortment of creatures from the prequel trilogy and Clone Wars.

The book presents the natural history of the monsters along with summaries of their big moments in the films, plus a variety of special features like maps, charts, and comparisons.

I've found with a lot of DK books that the editing can be spotty in places. Parts of this felt thrown together, and there were places that seemed overly repetitive.

That being said, one area where DK really shines is in the use of graphics. The incorporation of film images along with the inventive charts and maps really helped to liven this up.

There was enough detail in the descriptions to satisfy fans who are looking to learn some more in-depth background beyond what the movies give. The summaries of movie plot points are kept short so as not to become tedious to those who already know the stories.

This would make a handy supplement for roleplaying gamers using the Star Wars Galaxy as a setting, and it's a fun read for young fans.
Read more
Helpful
Report abuse

Cliente Kindle
4.0 out of 5 stars Another guide for fans only
Reviewed in Italy 🇮🇹 on August 20, 2017
Verified Purchase
An undoubtedly interesting review of the most famous monsters in the Star Wars universe. Not for newbies, though. If you love going deeper into this fascinating universe, this is the book for you. If you are not a Great Star Wars Fan or just a beginner, you'd better give your attention to other books.
Read more
Report abuse
Translate review to English
See all reviews
Report an issue
Does this item contain inappropriate content?
Report
Do you believe that this item violates a copyright?
Report
Does this item contain quality or formatting issues?
Report