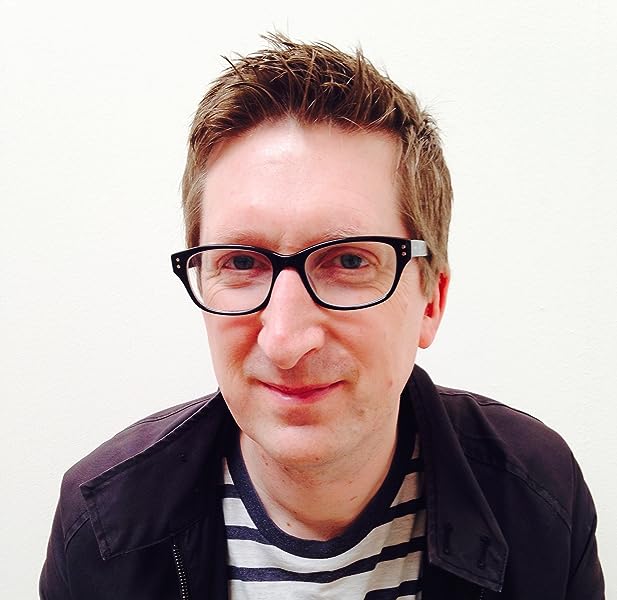 by Ryder Windham (Author), Simon Beecroft (Author)
4.7 out of 5 stars 219 ratings
Part of: DK Readers Level 3 (55 books)
See all formats and editions
Sorry, there was a problem loading this page. Try again.

"DK's Star Wars Readers help kids learn to read while enjoying the stories and characters from the blockbuster movies. In I Want to Be a Jedi, find out what it takes to join the ranks of the Jedi - learn where the Jedi Academy is located, what the Jedi Code is, and how the Jedi fight with lightsabers."
Read more
Previous page
Next page

Ryder Windham is a former editor of Star Wars comics and the author of more than 50 Star Wars books, including the DK Readers Stars Wars: Journey Through Space and Stars Wars: Galactic Crisis!, as well as the Revenge of the Sith Scrapbook and junior novelizations of the Star Wars trilogy.Simon Beecroft is a New York Times–bestselling author of numerous books for young readers. His many books include Lego Star Wars: The Visual Dictionary, Watch Out for Jabba the Hutt (Star Wars: The Clone Wars, DK Readers), and Star Wars Character Encyclopedia.

Simon Beecroft is a British author. He was born in London, where he currently lives. His best-known book is the New York Times bestselling book LEGO Star Wars: The Visual Dictionary, which has sold more than 2,000,000 copies, and which in 2016 was held in more than 1,000 libraries. In all, he has written more than 30 other books, primarily for children.

Hargreaves
5.0 out of 5 stars Young Reader loved this L3 set of books
Reviewed in the United States 🇺🇸 on May 12, 2021
Verified Purchase
This whole Level 3 set of Star Wars "books" is wonderful. The vocabulary helps an early reader to grow without being too difficult, the images arein vivid colors, printed on glossy, wipe-off easy paper.

I bought six of them, and the now 7 year old immediately started reading one. Highly recommended.

Matthew M. Tobin
5.0 out of 5 stars An Important Book.
Reviewed in the United States 🇺🇸 on April 3, 2013
Verified Purchase
We all need to understand the Force.

Although that goes without saying, this books shares with children and youth the basic concepts of the Force and the heritage and instruction of the Jedi Order.

I am a die-hard fan of the Star Wars Saga, and many times I see where elements of the Saga apply to everyday life.

Ben Obi-Wan said it best: "The Force will be with you, always."
Read more
3 people found this helpful
Helpful
Report abuse

flgirl
5.0 out of 5 stars On level book
Reviewed in the United States 🇺🇸 on September 12, 2011
Verified Purchase
Book was well received by a friend's son for his 6th bday. Since he had a Star Wars Birthday this book was my 1st choice along with some Star Wars legos. Always great to have the 2 day Amazon Prime. Can buy a gift Tue or Wed during the week for a Saturday party and have it delivered before the party with time to wrap it and be ready to go!
Read more
Helpful
Report abuse

g-ma
5.0 out of 5 stars Great gift for learning readers
Reviewed in the United States 🇺🇸 on September 15, 2009
Verified Purchase
I purchased this book for my grandson's 7th birthday. He took the book to read immediately and was reading it over and over. He liked that the book had the pronounciation of the names of the "Star Wars" characters and he shared that infomation with his older sisters. The cover and the title appeals to his age and interests. He loved that he could read it himself.
Read more
Helpful
Report abuse

Love2Read
4.0 out of 5 stars Educational for aunties, too :o)
Reviewed in the United States 🇺🇸 on August 24, 2010
Verified Purchase
I read this series of books to my 3 year old nephew. I love them because I am not a Star Wars person but hated not knowing the answers to his questions about it. These books seem to cover everything. Be warned, bedtime readers - these little books are deceptively long!
Read more
Helpful
Report abuse

Amazon Customer
5.0 out of 5 stars Good level 3 book
Reviewed in the United Kingdom 🇬🇧 on April 7, 2021
Verified Purchase
Grandson delighted with this book. Not too many words to put him off. The Star wars subject helps. Continues to read this book.
Read more
Report abuse

D M JOHNSTON
3.0 out of 5 stars Lightsaber not included
Reviewed in the United Kingdom 🇬🇧 on June 3, 2017
Verified Purchase
These books feel a bit randomly put together, but my 6 year old son did enjoy it (not so much to bother reading again though).

Dave Johnston - Author:  The Lot of a Nobody
Read more
Report abuse

Mrs. Kaybooboo
5.0 out of 5 stars Ideal book for 7 year old
Reviewed in the United Kingdom 🇬🇧 on May 16, 2016
Verified Purchase
Sick of the boring school books we thought we would try this to encourage 7 year old to read. He loves it and will be buying more
Read more
Report abuse

debbiepvd
5.0 out of 5 stars price+fun
Reviewed in the United Kingdom 🇬🇧 on January 2, 2013
Verified Purchase
It was a gift that the boys loved to read and copy the pictures.
For the price, it's great! It has lots of photos from the films
and clear text that's easy to read.
Read more
Report abuse