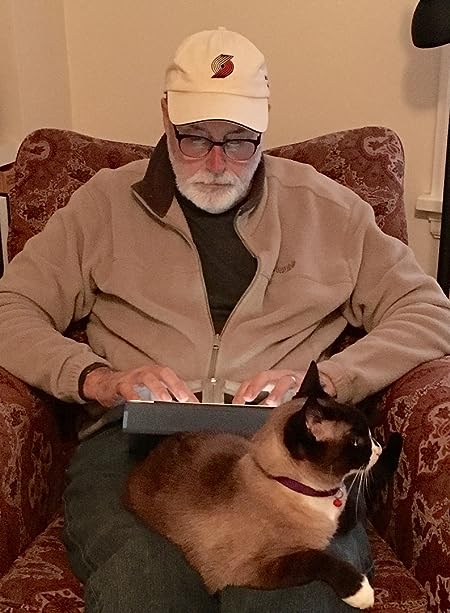 DL Shirey lives in Portland, Oregon, where it's probably raining. Luckily, water is beer’s primary ingredient. His stories and non-fiction appear in over 70 publications, including Confingo, Page & Spine, Zetetic and Wild Musette. Most of the publications listed here on Amazon are anthologies containing his work.

You can find more of his writing at www.dlshirey.com and @dlshirey on Twitter.

And to those who've asked, the cat's name is Frisbee. 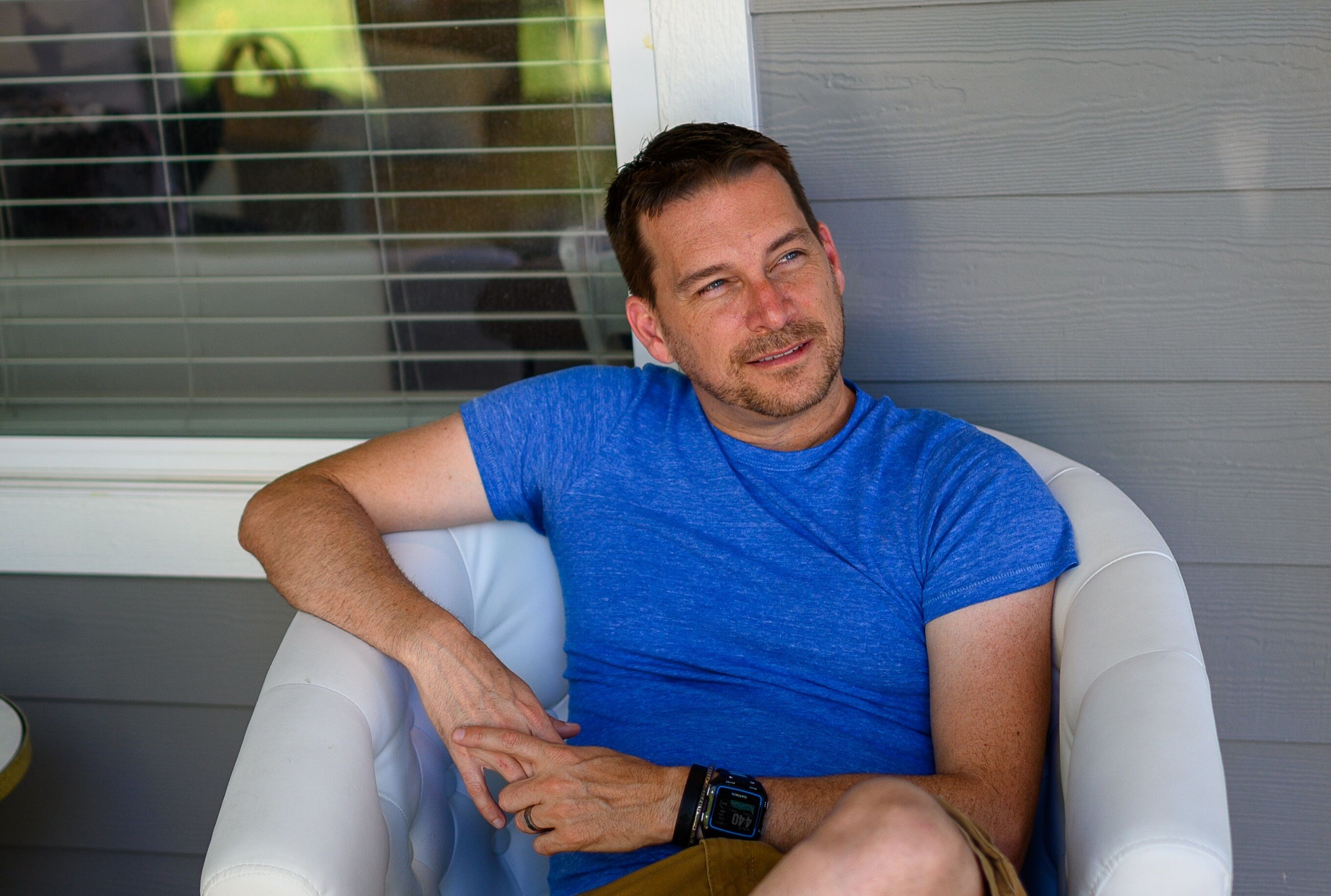 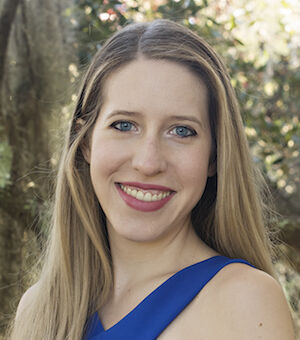 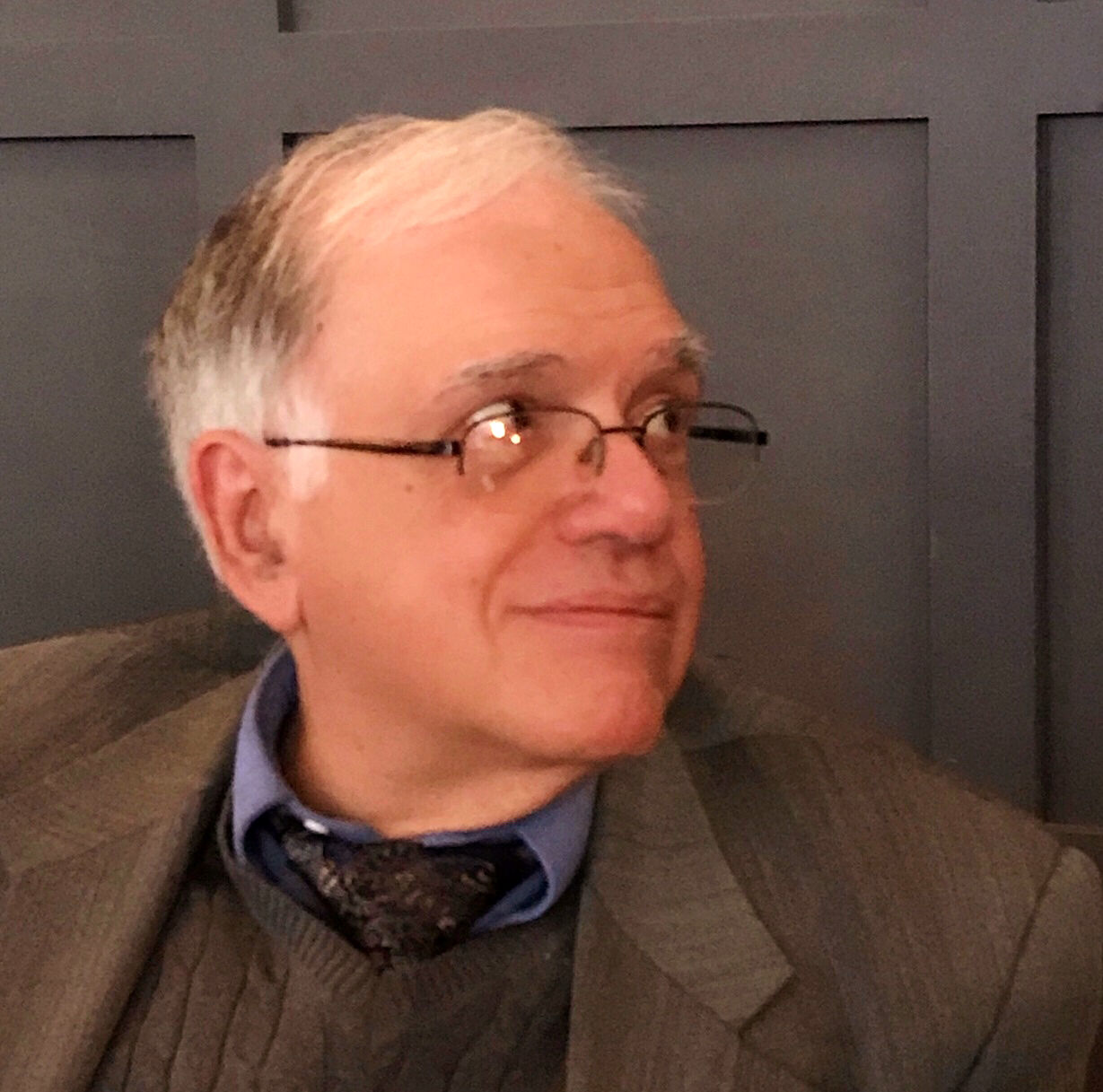 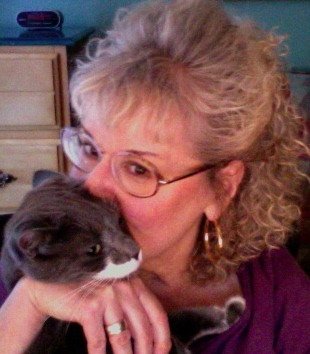 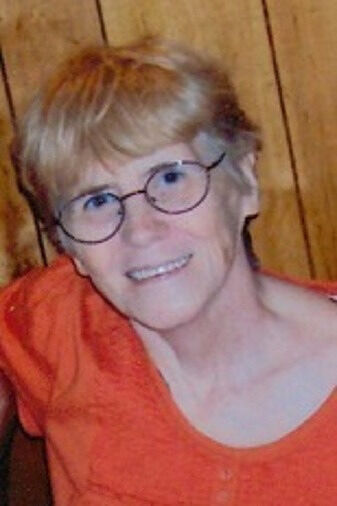 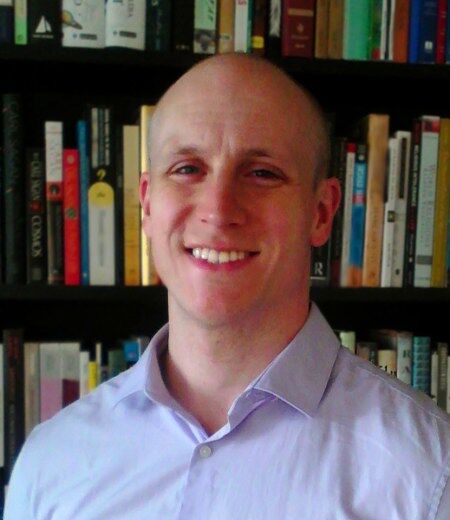 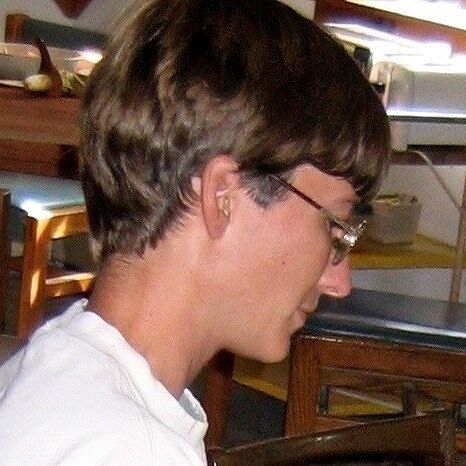 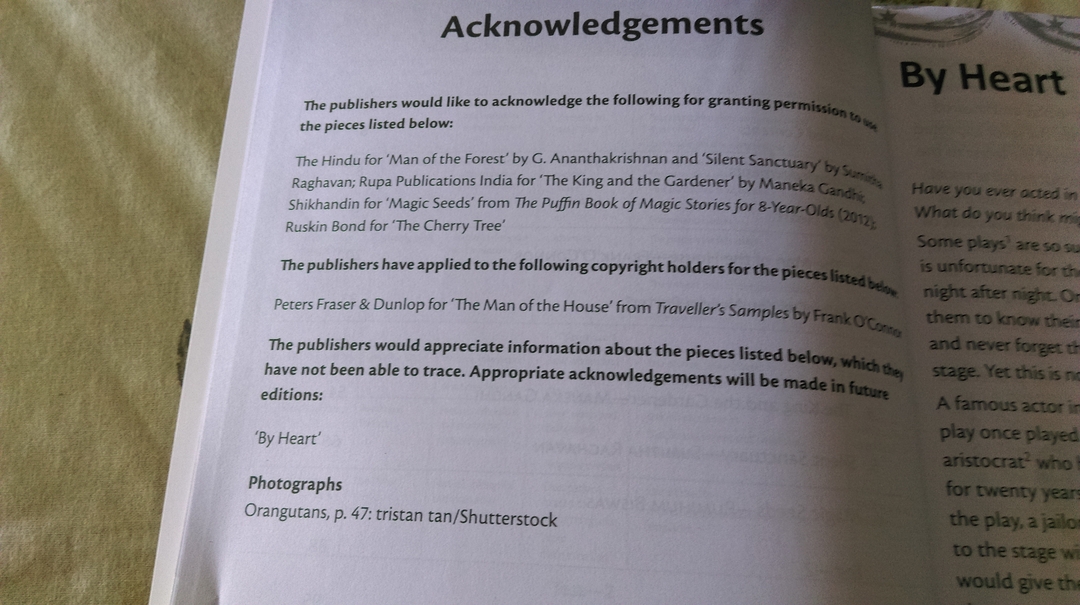 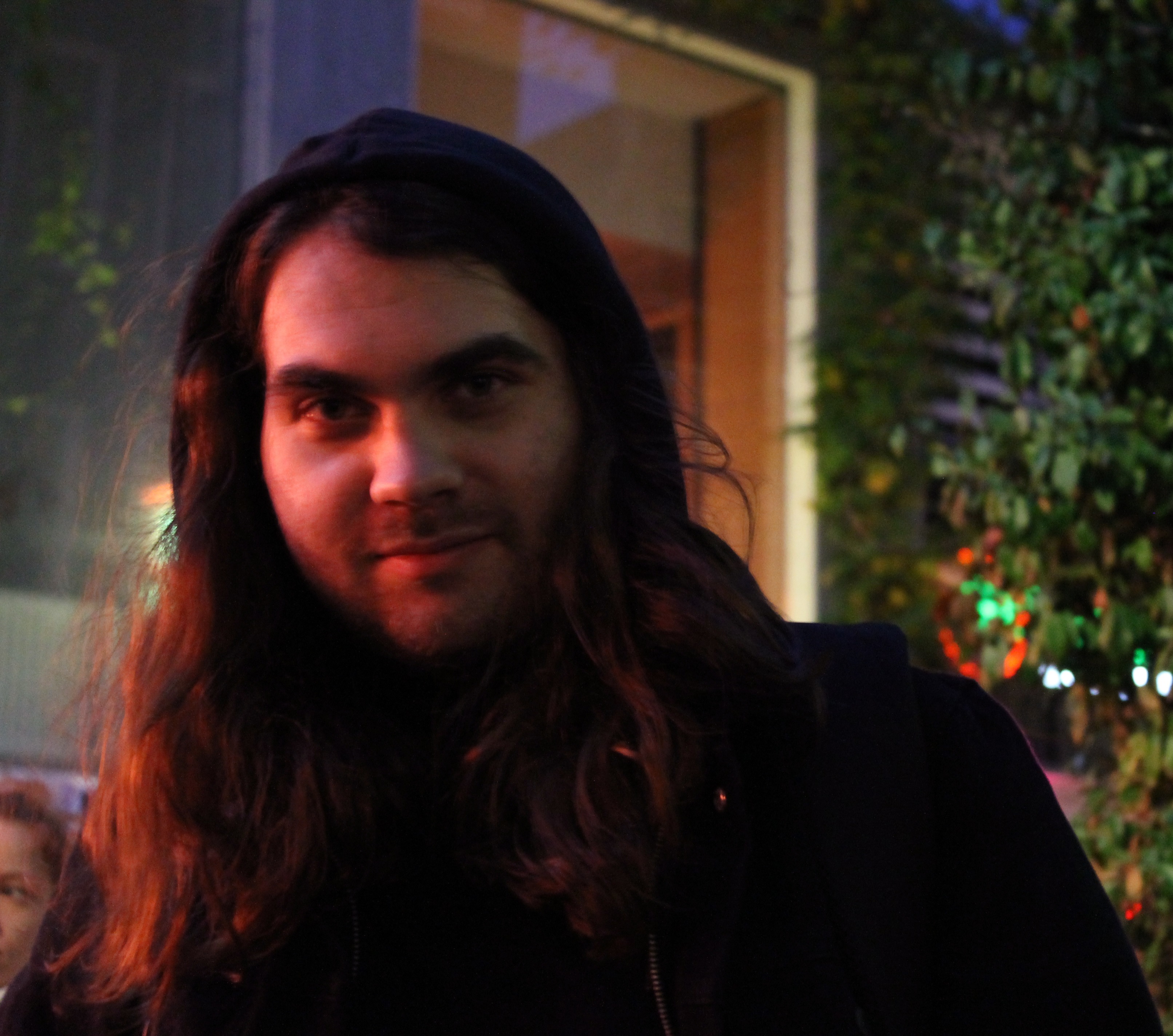 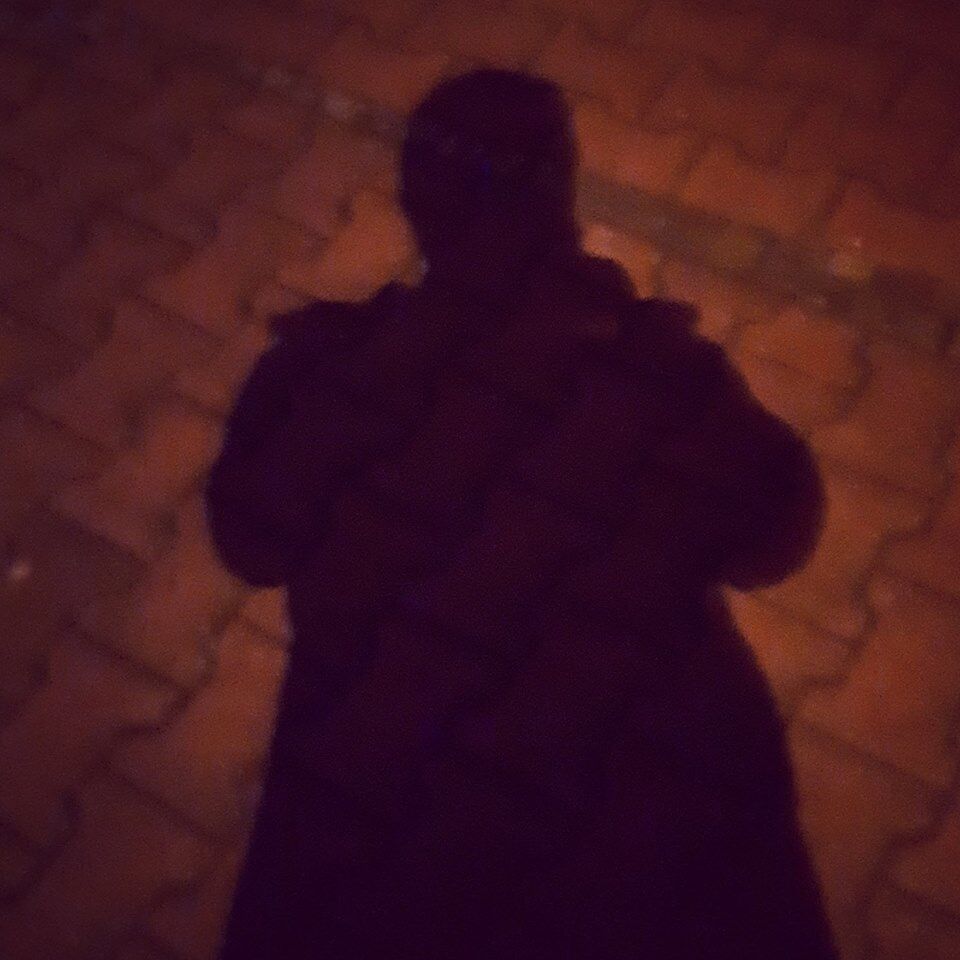 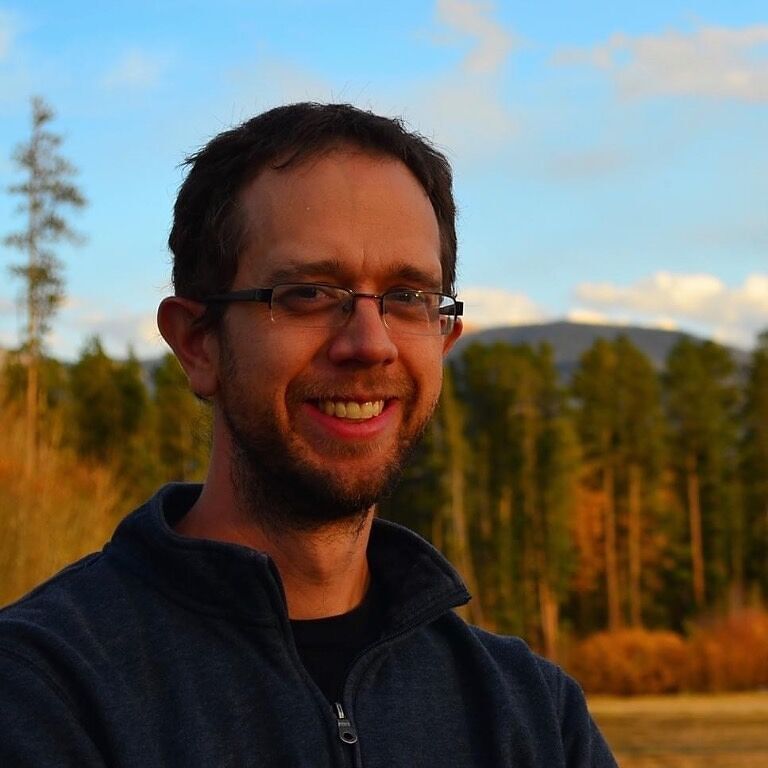 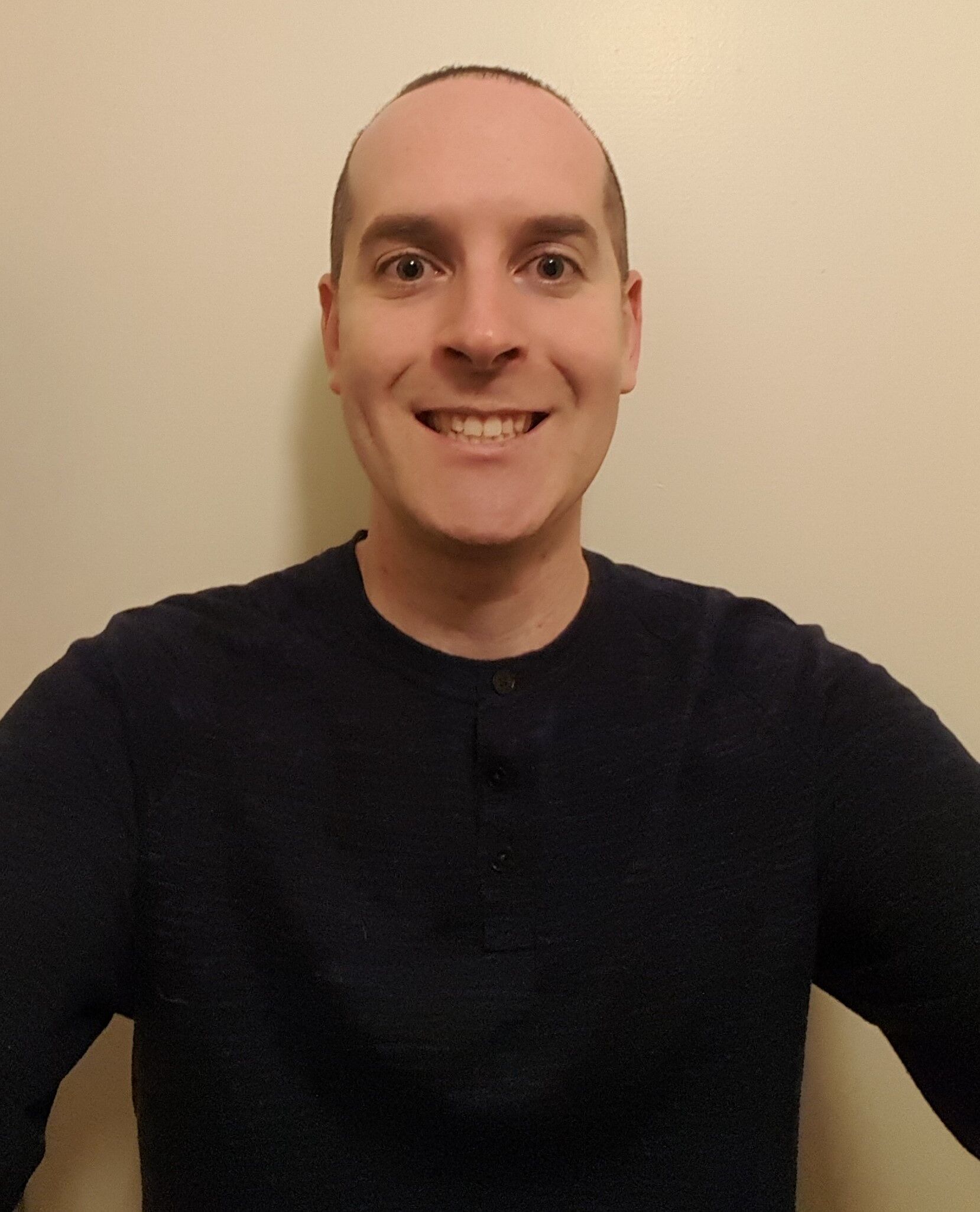 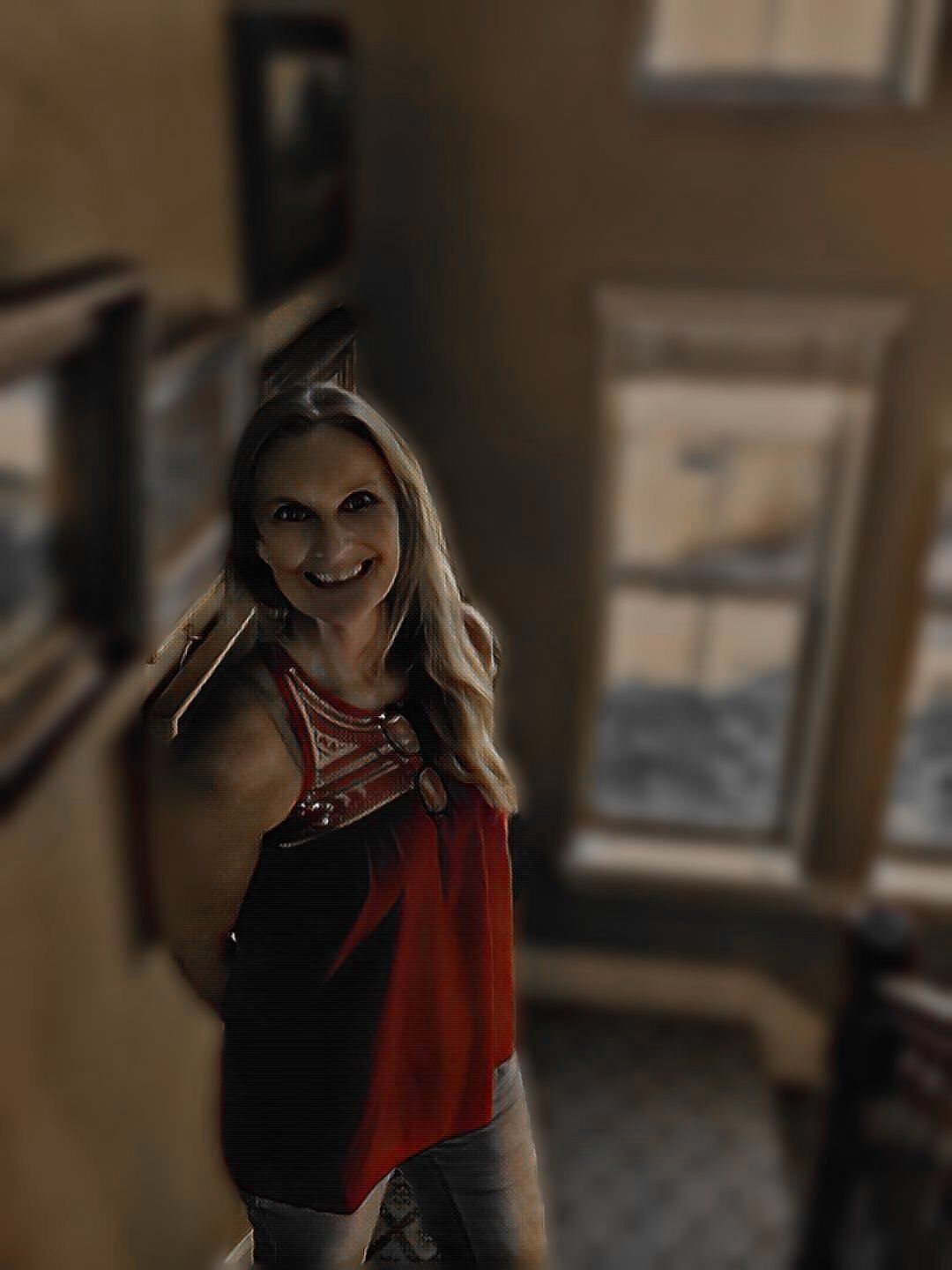 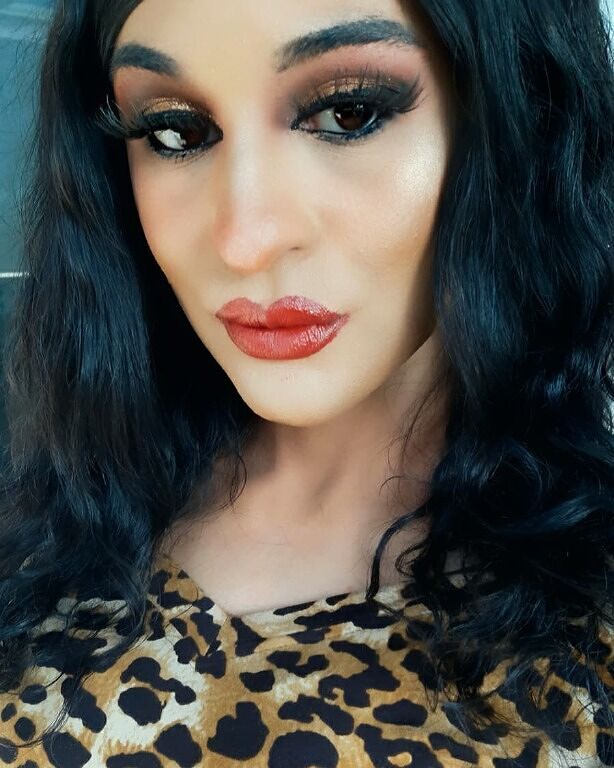 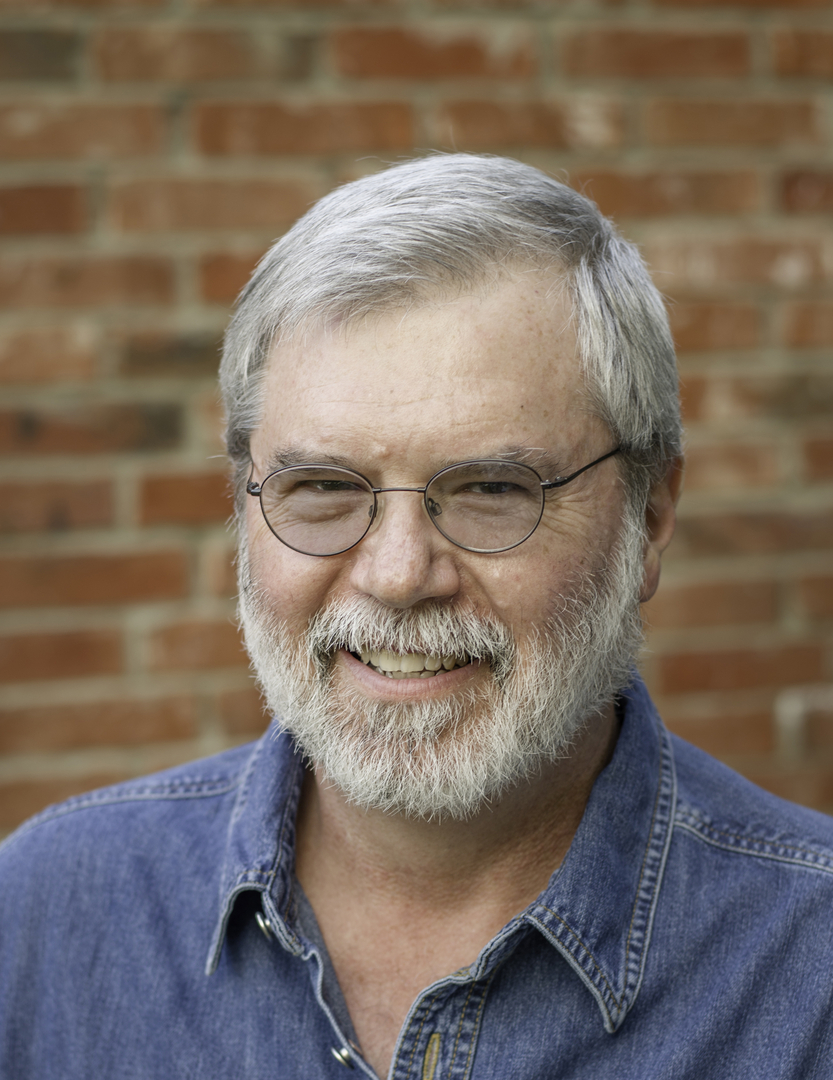 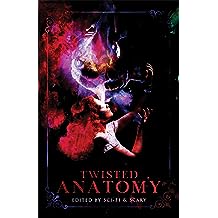 Twisted Anatomy: A Body Horror Anthology Feb 19, 2021
by Various Authors, Hailey Piper, Laurel Hightower, Sara Tantlinger, Lilyn George, Grace Kimball, Sam Brunke-Kervin, Tracy Robinson, Oliver Clarke
( 25 )
$3.99
It all started with talk of tentacles from unmentionables... From this gooey start, our body horror charity anthology was born. Within these pages, our authors have come together to delight and disgust with stories about perhaps the most horrifying thing of all: the human body.

Benefitting the Pulmonary Hypertension Association and the National Domestic Violence Hotline, Twisted Anatomy contains new stories from some of the best authors in indie horror and science fiction, alongside several new voices guaranteed to suck readers in for years to come.

Please note: The team at Sci-Fi & Scary strongly believe in content warnings. A list of any story's content warning is located at the back of the book. Everyone should be free to read horror, regardless of past circumstances. 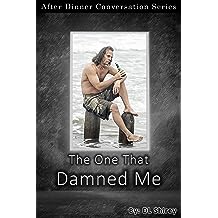 The One That Damned Me: After Dinner Conversation Short Story Series Jul 27, 2020
by DL Shirey
( 7 )
$0.00
Synopsis: A high school counselor’s life is ruined when he is wrongly accused by a cocaine snorting student.

After Dinner Conversation is a growing series of short stories across genres to draw out deeper discussions with friends and family. Each story is an accessible example of an abstract ethical or philosophical idea and is accompanied by suggested discussion questions.

Podcast discussions of this short story, and others, is available on iTunes, Spotify, Stitcher, and Youtube. 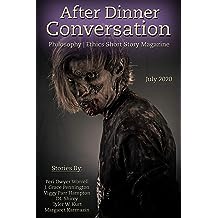 After Dinner Conversation believes humanity is improved by ethics and morals grounded in philosophical truth. Philosophical truth is discovered through intentional reflection and respectful debate. In order to facilitate that process, we have created a growing series of short stories, audio and video podcast discussions, across genres, as accessible examples of abstract ethical and philosophical ideas intended to draw out deeper discussions with friends and family. 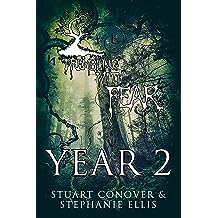 HorrorTree.com is the free online resource for writers in the field of speculative fiction. As well as Trembling With Fear, you will find the latest industry submission calls, articles, and interviews. It is not to be missed!
Read more
Other Formats: Paperback 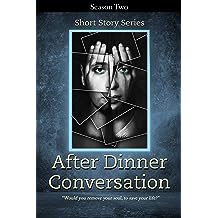 After Dinner Conversation - Season Two is a collection of the best short stories published in the After Dinner Conversation series to date. Short stories span all genres; science-fiction, near-future, dystopia, spiritual, fantasy, urban fantasy, AI, historical fiction, contemporary women, political, horror, thriller, and children's stories.  The important thing is that the story is compelling, and that it asks a specific ethical or moral question. Imagine the "trolley problem" in short story form.

"...these stories as a whole so far, have been haunting, staying with me long past finishing."  Amazon Reviewer Andrea L. Stoeckel

Each short story is also accompanied by discussion questions for the reader, or for a group of readers, to discuss.  Many of the short stories have associated podcast discussions on iTunes, Spotify, Pandora, Stitcher, and Youtube, as well as on our website, After Dinner Conversation. 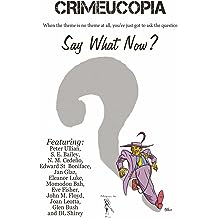 Sometimes editors are forced to reject submissions through no fault of the author. It could be a wonderfully written manuscript, but if the editor cannot place it, then what do they do?
MIP has been lucky in its flexibility and its “Can we start a new project with this?” attitude. That flexibility has led us to go from a proposed quarterly publication timetable, to publishing this, our 10th in the 12 months we have been fully active.
Some of the dozen authors contained within are seasoned professionals, having been published in the likes of Alfred Hitchcock’s, Ellery Queen’s, or other notable publications, while some are making their publishing debuts as Crimeucopians. And while the quality throughout remains exceedingly high, the subject spectrum is the widest we’ve published so far. But that’s only fitting when you consider that the theme of this Crimeucopia is that of No Theme At All.
Featuring: Peter Ullian, S. E. Bailey, N. M. Cedeño, Edward St Boniface, Jan Glaz, Eleanor Luke, Momodou Bah, Eve Fisher, John M. Floyd, Joan Leotta, Glen Bush and DL Shirey
And in true Murderous Ink fashion, with a dozen authors to choose from, you’re bound to find something you’ll like, and something you didn’t know you’d like until you’ve read it.
Read more
Other Formats: Paperback 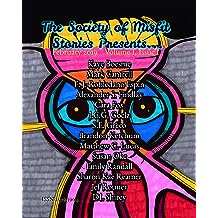 In Hope Endures Where Life Persists, a decades-long feud between mages erupts into the 1906 San Francisco Fire.

In The Raven’s Shadow, a woman seeking to help her new husband and his people - and gain power for herself - enters into a binding agreement with the vengeful Celtic deity, Cathubodua

In Ash Shades, two women survive the destruction of their landing site by taking shelter in their ship. They emerge to find a local sentient species salvaging burned seeds and must navigate communication barriers to learn what happened to the rest of their crew.

In New Game+, a serial killer sentenced to Hell finds himself recruited by the devil to work in the new field of video games. 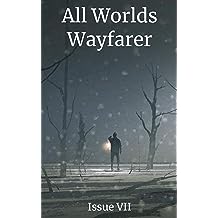 All Worlds Wayfarer is a quarterly literary magazine specializing in character-and-theme-driven speculative fiction. We celebrate stories that take readers on tours through wonderful and terrifying realms, evocative visions, and eye-opening new lives. When our readers come home, they should return ever so slightly changed for having made the journey. After all, the most powerful stories transcend, enlighten, and entertain at once.

“Books give a soul to the universe, wings to the mind, flight to the imagination, and life to everything.” -Plato

Monster by Demi-Louise Blackburn
"The light divides, and the submarine follows, drifting like some bloated carcass settling down into the sand."

Like Shipwrecked Stars by Scott Beggs
"It turned out that superheroes were perfect for fighting crime but not beating it."

Demons and Gods by Geri Meyers
"'I won’t tell anyone, I swear. Just like I don’t tell anyone about the demon that saved you when you were little like me.'"

Orbital Lullaby by M. Douglas White
"'We could have enjoyed a perfectly normal life back on Earth!' I yelled. 'You could have let other people chase salvation.'"

The Fawn by A.L. Hodges
"There was something distinctly profane about the pitiless wounds, and I felt the creature’s eyes interrogating me to find a reason for the pain that we had brought into the world."

Firemaker by Jonny Eberle
"His dreams were growing more vivid all the time. It was a side effect of the strain of time travel on the human mind."

Song of Stillness by Benjamin Kugler
"The marriage of force and desire spilled from the woods as a carrion sea, singing its war-song."

Something Rare and Beautiful by Lisa Fox
"They didn’t question the ways of The Order, even as their own children were marked from the moment they entered this world."

Un Comienzo by V.T. Dorchester
"He feels a terrible anticipation, a certainty there is something he should see, if he could only find the right focus."

The Sum of the Parts by Tricia Lowther
"Pictures within pictures, codes within codes, worlds within worlds."

The Loneliness of Lions by Sarah Philpott
"Arawn knew better than to think himself the stronger predator, not here, not in this place."

Now Arriving on Track Four by Michael Merriam
"The ghost train pulled into the station as I draped the canvas sheet over my kiosk."

Cloud Streets in the Sea of Okhotsk by Jessica Reisman
"When he sang, like foxfire, he drew life to him."

Venture beyond the mundane with the best of fantasy, science fiction, horror, and magical realism. 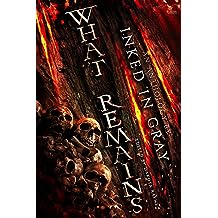 What Remains brings together fifteen tales of horror, fantasy, and science fiction. From sacrificing loved ones or oneself, to doing what it takes to keep them alive, these stories shake the soul, rip out its insecurities and flay them on the page.

Careful who you trust. Some quandaries have no right answer when we cannot save what we love most—or when isolation, desperation, and betrayal leave you no choice. Take the journey with us to see What Remains when civility, decency, and sanity have all but fled.

Please note the Trigger and Content Warnings for some stories:
Among Tall Trees: Use of r-slur by the antagonist

Threads: Suicide, verbal abuse, violence and domestic abuse, and drug use. Mentions of thoughts of suicide. No suicide depicted on the page.

Old Women: Rape - depicted, but not in graphic detail 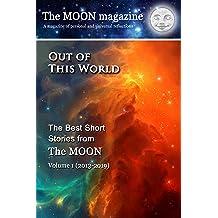 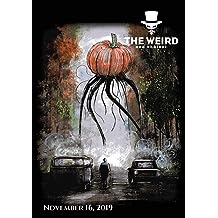 The Weird and Whatnot: November 16, 2019 Nov 16, 2019
by The Weird and Whatnot
$2.99
The Weird and Whatnot is an ever-growing community of authors, artists, poets, and readers. The stories, art, and poetry in this publication are fun, creepy, unusual, and just a little weird. Read about a miserly dragon, champagne sipped through gas masks, and vampire photography. We have monsters, alien refugees, failed inventors, ghostly killers, and bank managers. Are you sure you want to enter here? You might never to go back to normal again.

Poetry
Once Were Gods by Jennifer Crow
The Depths by Austin Gottler
URSULA LE GUIN, THE ECONOMICAL EXPLANATION by Colin James

Short Story
The Audit by Pat O'Malley
A Token for the Journey by Terrye Turpin
The Nurse and the Lawyer by David Hann
Creature of Habit by Karen Heslop
I'll Be Home for Christmas by Joe Taylor
Solo Pursuit by Joe Prosit
A Sense of Direction by Claire Simpson
Frolic on 13th Street by Michael Balletti
The Big When by Martin Zeigler
The Mother by P.L. McMillan
New World Order by Theresa Jacobs 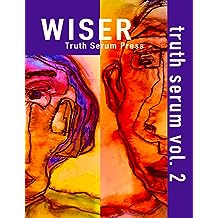