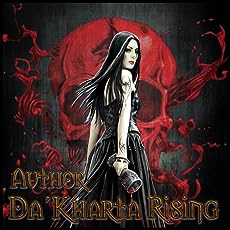 Although Da'Kharta Rising prides herself as the Slightly Anti-Social Socialite, or SASS, there is nothing non-engaging about the biology of what she writes. Her philosophy is somewhat of a throwback: systematically creating an air of mystery, intrigue and drama designed to keep the reader not only hooked, but using one's imagination to follow a rich plot from beginning to end. In short, Da'Kharta Rising embodies the Incandescence of a Cryptic Enigma.

Future projects include participation in Divergent Ink 3: Cynosure as well as the When Karma Speaks series.
Read more 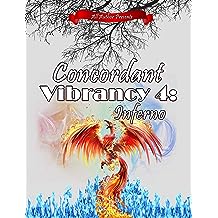 Concordant Vibrancy 4: Inferno Jan 14, 2020
by All Authors Publishing House, Adonis Mann, Carol Cassada, Harmony Kent, Beem Weeks, C Desert Rose, Y Correa, Synful Desire, Da'Kharta Rising, Queen of Spades
( 2 )
$4.00
There is a universal fascination associated with passion―its defining element, fire, as well as the unseen. Yet how many dare to trespass beyond the final product, exploring the ingredients which keep it sustainable?

This is the traverse of the fourth installment of the Concordant Vibrancy collection, presented by All Authors Publications and Promotions, entitled “Inferno”. Nine phenomenal talents diverge under one purpose: the creation of literary works guaranteed to set the mind, heart, and spirit ablaze.

Stories included: “Express-Oh” by Adonis Mann, “Not Always Like This” by Carol Cassada, “The Fireman” by Harmony Kent, “The Complications of Fire” by Beem Weeks, “Calliope’s Inferno” by C. Desert Rose, “Moxy” by Y. Correa, “Antipode” by Synful Desire, “The Chronicles of Aidan” by Da’Kharta Rising, and “The Calefaction of Insight” by Queen of Spades. 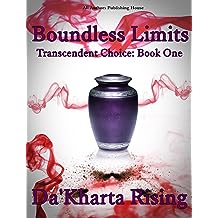 Heaven feels anything but, when Therice discovers that spirits are prohibited from visiting loved ones after they have died. Sensing that her angelic guide Amare possesses empathetic traits, Therice develops a plan of appeal in the hopes she will see Felipe near the anniversary of her death.
Read more
Other Formats: Paperback 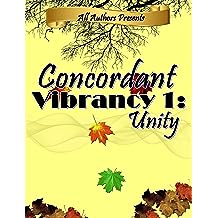 Concordant Vibrancy represents the interweaving of unity and uniqueness through the eyes of ten incredible writers. Through the array of genres, all of these talents share a phenomenal love of writing which aims to leave imprints in the reader's imagination.

Short stories in this collection: "Butterfly Mask" by Nicola McDonagh, "Messarii's Blood Hunt" by D. John Watson, "Seven Days" by Harmony Kent, "... and we" by Adonis Mann, "Til Death Do Us Part" by A. Lopez, Jr., "Coalesce" by Da'Kharta Rising, "Her A to Z" by C. Desert Rose, "Lester's Release" by Synful Desire, "The Authentic Snap" by Queen of Spades and "Alma's Unsung Angel" by Y. Correa.
Read more
Other Formats: Paperback 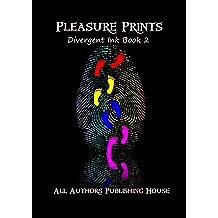 Pleasure Prints: Divergent Ink Book 2 Apr 6, 2019
by All Authors Publishing House, Queen of Spades, Y. Correa, Synful Desire, C. Desert Rose, Da'Kharta Rising, Adonis Mann
$5.00
Divergent Ink is the mesh of different frames of thoughts, various interpretations of one core question that yearns for universal expansion. Although the subject matter may change every year, the purpose of the Divergent Ink series will remain the same.
The second book in the Divergent Ink anthology series, “Pleasure Prints”, revolves around the following question: Where is paradise?
Six Divergent Inks exploring "Pleasure Prints". Will the destination cause one to sip a tropical cocktail or cock an eyebrow in amazement?

Adonis Mann: Desperation and delusion are a marriage of emotions. Sentiments collide when three lives tell their tales. Hypnotizing and melancholic are the days of the souls who pursue the "Odyssey of Rhapsody".

C. Desert Rose: Helena can be cumbersome and crude, while her life is at a standstill, she likes it that way. Amidst the orange glow of office lights and a steaming cup of hot chocolate, Helena learns that life is a series of "Fleeting Moments".

Da'Kharta Rising: For Masato, there's no time like the present. Is no limit too great to accomplish “Masato's Zion”?

Synful Desire: Cecilia Teflon knows she doesn't have much time left. Before she leaves this earth, she must make a confession. Will this revelation grant her entrance into spiritual paradise? Explore the twists and turns of “Onus”.

Queen of Spades: Axana has always lived a very careful life but a lucrative advertisement shreds her comfort zone. Paradise is where one least expects in “Axana … Unscripted”.

Y. Correa: Myth or memory, which can it be? A life so scripted can be less than desirable. To go or to stay, it is that question that leaves, "Nalani at Heaven's Gates".
Read more 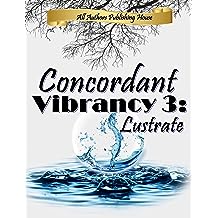 This is the query of the third installment of the Concordant Vibrancy collection, presented by All Authors Publications & Promotions, entitled “Lustrate”. 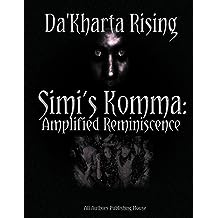 THIS BOOK CONTAINS ADULT MATERIAL AND IS NOT SUITABLE FOR YOUNGER AUDIENCES.

Papyrus is a small town that’s not a fan of anything different. Here we meet four long time friends. Hiphen is the observant one. Rod is the laid back one. Point is a girl that acts like one of the guys yet is a proponent of action. Simi is the leader of the squad.

When transfer Komma Plush arrives, Simi takes it upon himself to show her the ropes of a new town yet at first she is not open to it. What follows takes Simi on this journey that threatens the balance of his long term friendships.
Read more
Other Formats: Paperback 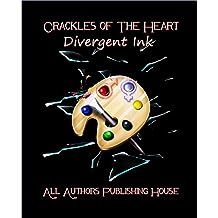 Crackles of the Heart: Divergent Ink Jul 5, 2015
by Da'Kharta Rising, Queen of Spades, Adonis Mann, Y. Correa, C. Desert Rose, Synful Desire
( 1 )
$5.00
Divergent Ink is the mesh of different frames of thoughts, various interpretations of one core question that yearns for universal expansion. Although the subject matter may change every year, the purpose of the Divergent Ink series will remain the same.

The first book in the Divergent Ink anthology series, “Crackles of the Heart”, centers around the following question: Can the hot, handsome guy fall for the average, awkward woman?

Six Divergent Inks exploring "Crackles of the Heart". Will there be hearts rejoicing or hearts breaking?

Da'Kharta Rising: A five word invitation sets the tone for an afternoon journey. Short, provocative connectivity sizzles “Inside Me”.

Queen of Spades: One look from Her was all it took to put a ladies' man into early retirement. Yet, the very object of his affection has no clue of his reform. When he opts to take a huge gamble, will his fairy tale end happily ever after or be deemed a "Tale in the Keys of Drastic"?

Adonis Mann: The dark of night can be more than scary, it can be downright intoxicating. When pleasure meets stupefaction, a man with a secret whirls into rapture at the hands of an unknown force. To which end? Will his secret be revealed, or will he revel in the delight it brings? Nothing is as it seems during the wonderment of "Mystical Nights".

Y. Correa: Steampunk Earth, set in the distant future. When an ambitious city guy meets a carefree country lady, what starts out as a getaway to finish an important project turns into a interesting journey. Steam intersects and hearts collide in “The Steam of Opposites”.

C. Desert Rose: Terah has the misfortune of being given news that puts an expiration date on her life. In her desire to get away from the chaos, she has a chance encounter with the very one that can put the turmoil to rest. Is “Serendipitous Mirth” dumb luck, or preordained destiny?

Synful Desire: Bette is a hard working small town woman with simple pleasures. When visually stunning Jesse comes into the store on what's normally her day off, her mind accelerates into complex overdrive. In this small town, a lot can happen in seven days. Will one of those events serve to satisfy Bette's “Seven Days of Stimuli”?
Read more
Other Formats: Paperback 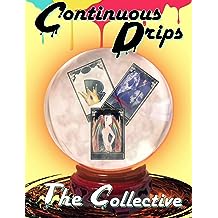 By Da'Kharta Rising:
See change in present voice which leads to "Unrest". Peek at different perceptions of love and loss with "Omitted". Then find out what an author does when his characters threaten to rewrite an old story in "The Kutters."

By Synful Desire:
Korey is certain Cadence is the one but can happily ever after come to fruition in "Derailed Endurance"? Dating wise, Linda is on the right track but must stay on course in "Final Prep to Happiness." Yearning, strip teasing and secrets compose a strange melody while in "FAN-tasy Island".

By Queen of Spades:
A visit to the fortune teller shifts more lives than one and the end result is nothing short of "Misfortune". Pyruva doesn't only start her first day of school but her first experience with all things unfamiliar in "Afro Shock". There's a tough economy out there and everyone is vying to stay employed, as well as win the new CEO's favor. Friday decides the fate for those working in Útil.
Read more
Other Formats: Paperback 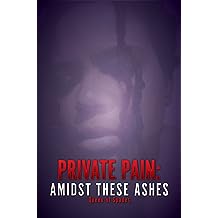 Private Pain: Amidst These Ashes Feb 13, 2014
by Queen of Spades, Anthony J.F. Minter, All Authors Publications and Promotions
( 6 )
$4.99
In Life, one is expected to put her best face forward, but what if the process of revealing her best face involves putting the demons on display? Would the journey continue? Or would one stop dead in her tracks?

Private Pain: Amidst These Ashes is the response in its rawest form. It is an inside look at: in its simplest form, Life's growing pains; in its most complex form, a person battling internal and external forces to find peace in her own existence. The lines are blurred between what's real and what is embellishment in this second edition, a sleeker remastered collection that doesn't miss a step in intensity.