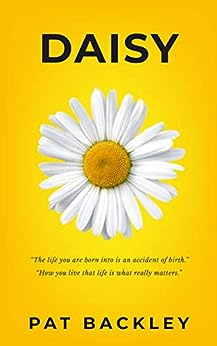 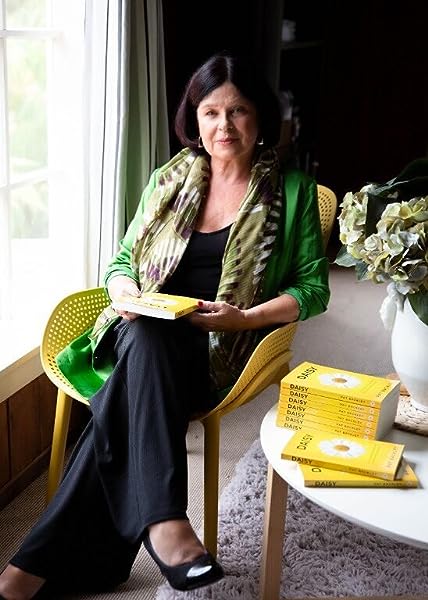 Pat Backley is an English woman, who at the age of 59 decided to become a Kiwi. She now lives in New Zealand and when not writing, loves to travel the world, particularly spending lots of time in the Fiji Islands with her beloved extended Fijian family, or visiting her daughter who currently lives in London. She also gardens, paints, loves interior design, walks on the beach and socialising. In short, an ideal existence. Not that it was always so easy, as her soon-to-be-published memoirs will explain! --This text refers to the paperback edition.

4.5 out of 5 stars
4.5 out of 5
51 global ratings
How are ratings calculated?
To calculate the overall star rating and percentage breakdown by star, we don’t use a simple average. Instead, our system considers things like how recent a review is and if the reviewer bought the item on Amazon. It also analyzes reviews to verify trustworthiness.

Sunday's Mail
4.0 out of 5 stars Not your typical novel...
Reviewed in the United States on December 7, 2020
Verified Purchase
I’m normally not a huge fan of third-person narrators who are as omniscient as the as one in this novel, able to glide in and out of one character’s thoughts and feelings and right into another’s, often within the same scene. However, Daisy is not your typical novel. The majority of this book is told, rather than shown, which flies against what most writers are taught. Though the story here spans more than a hundred years, it feels as though there are actually very few detailed scenes. For the most part, this book tells the story of generation of families who find themselves living in England and struggling against discrimination of one form or another. One family is from London and faces constant discrimination for being either too poor or too rich. Another family flees the heavy persecution of the American South to find a better, more tolerant life overseas. A third family leaves the relative comfort of their home in Harlem only to discover “their kind” isn’t as welcome in England as they might’ve thought.

The novel did lose me in places with the overabundance of characters. There are also places in which the novel feels like an extra-lengthy report from Ancestry.dot.com. But the heart and the soul of the book is so sweet and well-meaning it’s impossible not to feel something from reading of these people and what they go through and the deep affection they feel for one another. Daisy also seems to be about the profound importance of family and the inevitability of death as we each make way for the generation behind us. This book made me think a lot about my own mortality, a topic most anyone can relate to.
Read more
2 people found this helpful
Helpful
Report abuse

Yecheilyah
5.0 out of 5 stars Six Degrees of Separation
Reviewed in the United States on November 21, 2020
Verified Purchase
I haven’t read a book I really enjoyed (like the kind you can’t wait to get back to) in a while. Daisy is one of those books. The author’s strength here is her character development. Although there were many sudden tragedies, the author did such a good job with their backgrounds and personalities that I genuinely cared about them like actual people.

I loved most the historical backdrop and the build-up of tension between the families. I knew at some point they would meet or intersect, and I was eager to see how they all connected. This kind of anticipation keeps a person reading. It was like reading about a generation of people all connected in a six-degrees of separation kind of way -the idea that all people on average are six, or fewer, social connections away from each other.

The author does a good job of recounting the family’s past throughout, so it constantly reminds the reader of how it all started and how everyone is connected. The overall message of the book seems to be that it doesn’t matter if you are rich or poor, slave or free, black or white, we are all part of the human family, a family that would flourish much more easily if biases like racism, sexism, and classism didn’t exist.
Read more
2 people found this helpful
Helpful
Report abuse

Romantic
2.0 out of 5 stars Too many perfect protagonists. No antagonists.
Reviewed in the United States on December 18, 2020
Verified Purchase
First, that had to be the shortest prologue in history (that I've ever read) and seemed absolutely pointless. No revelations, so build-up, no surprises...zero point. That did not bode well, in my mind, for the remainder of the book. Then came Chapter 1. Same thing. Abrupt introduction to "Baby Theobold". Nothing to make me become invested in him and his plight (I'm assuming) of "having to make his own way in the world" because he wouldn't be inheriting his family's plantation. Next chapter just got worse. The mild mistakes in mechanics that I noticed in the beginning suddenly became glaring in the next chapter. Here's the formatting of dialogue, as it appears in the eBook. One person is speaking, but the dialogue is broken down as if two or more are:
"I just thought it would be nice to give her an outing," sobbed Sybil. (next line)
"I never knew her time was so close..." (next line)
"In fact, none of us knew..." (next line)
"She hid it very well..."
And what is an "outing" anyway, in relation to childbirth? Anyway, as I continued reading, I became more and more disappointed. The story was amateurish, as was the writing. The dialogue was not realistic, and formatted strangely. There was zero character development, in more ways than one: First, these were just people. There was nothing in the way they were written to make me care about them. Second, the characters were all the same: bland, zero depth, zero growth, zero character. When all your characters are perfectly well-behaved, there is nothing for the reader to feel for, root for, hope for. There needs to be protagonists as well as antagonists. This book had all protagonists, and way too many of those. It was if the writer wanted to write a story about a bunch of people, but only managed to bury who the story was supposed to actually be about--Daisy. Recommended? No.
Read more
One person found this helpful
Helpful
Report abuse

Julie Martin
5.0 out of 5 stars Wonderful Storytelling
Reviewed in the United States on November 19, 2020
Verified Purchase
More than anything, Daisy is about friendship and family, and feeling connected. Wonderful storytelling, through several generations of three different families, the characters show us love, hope, acceptance, adversity and how they thrive together. There are so many heartwarming moments in this novel, and sad moments too, but I loved the large colorful cast of characters and their quirks, and how they saw the changing world that they lived in from the late 19th century up into the middle of the 20th. This book reminded me so much of Shell Seekers by Rosamunde Pilcher, in the writing style and the parallels between present and past shown throughout.
Read more
2 people found this helpful
Helpful
Report abuse

Mark E. Elzey
5.0 out of 5 stars Great Read!!
Reviewed in the United States on November 30, 2020
Verified Purchase
Pat Backley's, "DAISY" is a story, spanning nearly a 100 years, from 1887 to 1974. It is about the lives of the four powerful women. The story is set in Alabama, Harlem, and London. It defines the short comings of society, poverty, bigotry, and the effects of a economic classes of the times.
Daisy is an appealing story with a curious mix of addicting characters. Backley's "Daisy" has everything a good story needs to keep the reader's attention, adventure, struggle, and facinating characters to keep you hooked from start to finish. I highly recommend this book and look forward to reading future works from this author.
Read more
2 people found this helpful
Helpful
Report abuse
See all reviews

secret santa
4.0 out of 5 stars Heart Lifting
Reviewed in the United Kingdom on October 14, 2020
Verified Purchase
Such a lovely read, poignant and thought provoking. The author knows her characters so well, you understand their struggles and triumphs, a beautiful insight to a different world. Thank you, really lovely.
Read more
Report abuse

Shiraga123
5.0 out of 5 stars A beautiful read, highly recommend!
Reviewed in the United Kingdom on October 24, 2020
Verified Purchase
Can't recommend this book enough! A beautifully easy and gentle read, but touching on important systemic social injustices that are still very much prevalent in society.
Read more
Report abuse

Mona Nitin Shah
4.0 out of 5 stars Beautifully woven story of indomitable women in the roughest century the world left behind
Reviewed in India on October 20, 2020
Verified Purchase
The book took me closer to the lives of the four powerful women spanning across continents. A super read which I devoured in a few hours coz I just couldn't put it down. The author has drawn out poignant emotions on the backdrop of historical incidents, that tug the heart. Polly and Daisy will remain in our hearts as pure souls.
Read more
Report abuse

carolyn green
5.0 out of 5 stars Thought provoking beautiful story!
Reviewed in Australia on July 8, 2021
Verified Purchase
Loved this! read it in one sitting ...Confronting and heart warming generational story of love and loss. Traverses the best and worst of human relationships and behaviour. Definitely a worthy read!!
Read more
Report abuse

indiebotts
5.0 out of 5 stars A great book by a promising new author!
Reviewed in France on October 18, 2020
Verified Purchase
I was attracted by the eye catching cover and this book doesn't disappoint. An engaging story with an interesting mix of characters. Well worth buying and curling up by the fire to read it cover to cover!
Read more
Report abuse
See all reviews