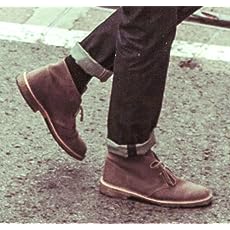 Dale Cameron Lowry (www.dalecameronlowry.com) lives in the Upper Midwest with a partner and three cats, one of whom enjoys eating dish towels, quilts, and wool socks. It's up to you to guess whether the fabric eater is one of the cats or the partner. When not busy mending items destroyed by the aforementioned fabric eater, Dale writes and edits things for a living, and for fun enjoys wasting time on Tumblr, listening to Mormon-related podcasts, studying anatomy and neurophysiology, getting annoyed at Duolingo, and reading fairy and folk tales.

Help us improve our Author Pages by updating your bibliography and submitting a new or current image and biography.
Learn more at Author Central
1 11 1
Previous page
Next page
Titles By Dale Cameron Lowry
All Formats Kindle Edition Paperback Sort by:Popularity 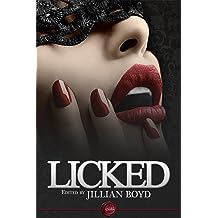 Licked Dec 3, 2015
by Rob Rosen , Suanne Schafer , Robin Watergrove , Jessica Taylor , Adrea Kore , Marie Piper , Dale Cameron Lowry , Jillian Boyd
$5.99
Sit back and enjoy seven lip-smackingly sensual stories of all kinds of oral pleasure. Stories of nostalgia for the taste of a lover, long distance relationships, and revenge. Stories taking in both the distant future and pleasures in the past. Oracles, ranchers and café cooks, all united by their love of using their mouth. And tongue. And fingers, for assistance.

Edited by Jillian Boyd (Spy Games - Flappers, Jazz and Valentino) Licked is a tribute to the act of oral sex – to the intimacy, trust and the taste of your lover, the scent, the feelings the act invokes in both the giver and receiver. With stories from the likes of Rob Rosen, Jessica Taylor and Dale Cameron Lowry, Licked is a sizzling fictional exploration of some of the many ways oral sex can inspire so much more than just a hot flash of arousal.

Come in. Have a taste.
Read more 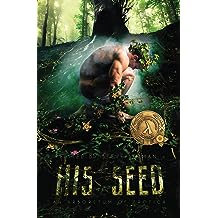 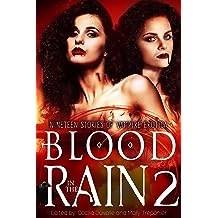 This collection features vampires from ancient Sumer and Crete, modern tales set in airports and circuses, and dark futures with post-apocalyptic world-ending viruses. You'll find some stories by well-known authors such as Andrea Dale, Michael M. Jones, Jessica Amanda Salmonson, and Elizabeth Schechter, as well as a host of new writers.

Savor each story one bite at a time, or devour the collection whole. These tales are sure to entice and ensnare you, whatever your kink or inclination! 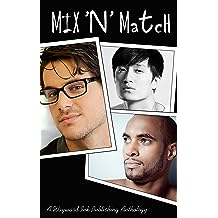 Mix 'n' Match: A Wayward Ink Publishing Anthology Mar 24, 2016
by Layla Dorine , Eric Gober , Eddy LeFey , Alina Popescu , Lily Velden , Kassandra Lea , Dale Cameron Lowry , A. Lusch , Asta Idonea , Kevin Caucher
( 2 )
$6.99
The heart wants what the heart wants.
Race…
Culture…
Creed…
Become little more than words in the dictionary when the heart sets its sights on its desire.
Join our authors as they explore interracial themes ranging from the challenges of loving someone from another culture to fighting for the right to love at all.
MIX AND MATCH
Celebrate diversity with us.

FORBIDDEN
LAYLA DORINE
Sage never imagined a trip down south would lead to so many discoveries.
He also never expected to meet Eugene, who is as different from Sage as north from south.
Two young men from different backgrounds.
Can they find friendship and love while surrounded by those who consider their desires to be forbidden?


THROUGH THE FRONT DOOR
EDDY LEFEY
A front door could be many things:
Hope, fear, a fresh start, a cold expanse of nothingness.
What will Thomas Ng’s front door mean for Daniel Grimm?

DECEPTIVE HISTORIES
ERIC GOBER
When Miguel falls for Van, he gets caught in the crosshairs of an angry spirit.
A spirit who cursed Van’s family long ago.
Can Miguel and Van break the curse?
Or will their lives end in ruin?

MESCHIANZA MEETINGS
ASTA IDONEA
Philadelphia, 1778
Lieutenant Penton has two problems: dealing with society functions and hiding his passion for Isaac, a slave.
When invited to assist with preparations for the Meschianza, he sees it as a brief escape from both.
However, the night will prove to have more to offer than he ever would have dreamed possible.


A HOPELESS MIRAGE
KEVIN CAUCHER
After hearing "no rice" enough times, Guy decided to swear off dating apps and men, only to find himself falling for his best friend's boyfriend.


A TOUCH OF PARADISE
ALINA POPESCU
Hauled to work in Hawaii, Tudor has little time to enjoy the island paradise.
His obnoxious friend Radu has it much easier, using his free time to set Tudor up, dangling a willing Hawaiian beauty in front of him.
Having been burned by long-distance relationships before, Tudor stubbornly resists Kahoni’s advances.
But can Tudor be worn down enough to enjoy a touch of paradise?


A SURPRISING SERVICE
A. LUSCH
It's another frustrating chore in Nick's day: getting the boiler serviced.
But when Prince walks through the door, it's not just the heating that gets hot.

BELONG
LILY VELDEN
Sent by the Royal Flying Doctor Service to curb an outbreak of influenza in an Australian outback aboriginal community, Dr. Dan is ready for anything.
Except Tommy…
A half-caste aboriginal who feels he doesn’t belong…
Anywhere.

KISS OF THE SOUTH
KASSANDRA LEA
The north and south have been divided by war. But love has other plans for Joseph Calder and Ephraim Pickett.

HOME
DALE CAMERON LOWRY
What if the man you thought you could never have was waiting for you all along?
Read more 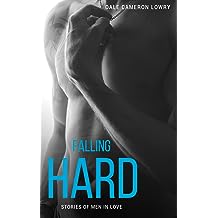 Nine of Dale Cameron Lowry’s best short romance stories are available for the first time in one book. Meet a sign language interpreter who finds unexpected love at middle-age, college students in their first relationships, a vampire who would rather be a vegan, and a proudly gay ex-Mormon who sells Bibles. From sweet to sensual, this collection exhibits the quirkiness, fun, and diversity Dale's writing is known for. 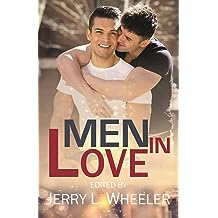 Men in Love Apr 11, 2016
by Jerry L. Wheeler
( 4 )
$3.99
Spring approaches with the promise of new beginnings, fresh adventures, and the thrill of romance rekindled or discovered. Hot, sexy guys abound—meeting on the ball fields or the boardroom, at the theater or the classroom—falling in love and lust for the first time or celebrating a lifetime. Come join the rites of spring and indulge yourself in the passion and pleasures of our luscious men in love. Stories from some of today’s popular m/m romance authors explore the many faces of men in love: gay for you, seductions, weddings and more.
Read more
Other Formats: Paperback 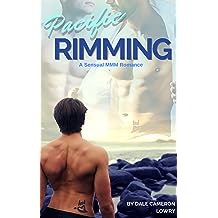 This romance features Deaf and hearing characters. It includes gay sex and is intended for audiences who can handle it. 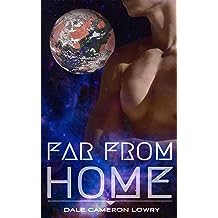 Far From Home Jan 13, 2018
by Dale Cameron Lowry
( 5 )
$2.99
Rajiv met and fell in love with his husband, Mateo, when they were both members of the scientific team responsible for transforming Mars into a home suitable for humans. But years into their shared mission, Rajiv is ordered back to Earth to restore the barren lands of the American Midwest. With a little help from technology, the two men find innovative and sexy ways to nurture their long-distance relationship while they wait to reunite.
Read more 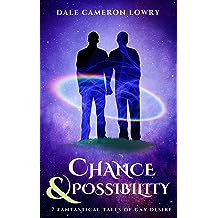 
Dive into Chance & Possibility and enjoy a feast for your imagination.

Note: The stories in this collection were previously published separately by speculative fiction and LGBT presses. Please consult the book’s copyright page in the "Read More" feature for complete details. 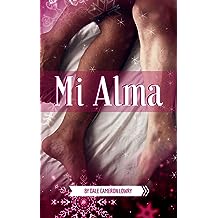 Mi Alma: A Gay Christmas Romance Dec 7, 2017
by Dale Cameron Lowry , Deelylah Mullin
( 4 )
$0.99
Ex-Mormon Alma doesn't know the first thing about alcohol, so he hires bartender Damian to help out at his office party. Their friendship simmers with sexual tension—and possibly something much deeper.

"A really great story that captivated me right from the start and kept me smiling until the end." —Elaine White, author of The Cellist 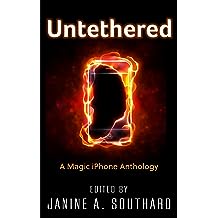 Almost everyone carries a smartphone these days. They sit in pockets and on tables. They sleep on headboards and are the first things their owners check in the morning. They’ve edged out more mundane equipment like calendars and MP3 players.

They aren’t magical, of course. Or are they?

In Untethered: A Magic iPhone Anthology, 21 authors twist reality and call into question the mundanity we hold in our hands. They ask the question, “Is that smartphone completely explainable by science?” and they decide the answer is a resounding “No!”

From award-winners and bold new voices, from experienced fantasists and professional technologists, these stories are fun, clever, and often positive about the power of technology.

At the intersection of fantasy and technology, iPhones could go either way.

Magic knows your number, and it’s calling you.
Read more
Other Formats: Paperback 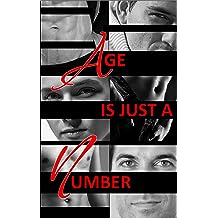 Age Is Just A Number: A Wayward Ink Publishing Anthology Sep 1, 2016
by Eric Gober , Layla Dorine , Lily Velden , Aimee Brissay , Carol Pedroso , Kassandra Lea , Eddy LeFey , Asta Idonea , Dale Cameron Lowry , Louise Lyons
( 2 )
$6.99
There’s something to be said for life experience, a little gray at the temple…
And then there is the appeal of youth.
When it comes to what the heart wants, Age Is Just A Number.

TWENTY LIGHT YEARS BETWEEN US
Eric Gober
An alien encounter...
An unfortunate misstep...
A lightning fast journey through space...
The laws of physics are about to wreak havoc on Walt and Michael’s May-December love.

ALL ROADS LEAD WITHIN
Layla Dorine
When James spotted Rogue, a young man for whom wandering is like breathing, half-dozing on the hood of his car, he never expected that warning him about the dangers of sleeping out in the open would lead to a weekly visitor at his door.

NORTH PASTURE
Lily Velden
Upon the death of his grandfather, up and coming Fantasy author, Thomas, returns home.
A place he left four years earlier to get over his unrequited love for Sam Fletcher, his older, straight, and very much married neighbor.
Thomas soon discovers, however, that things are much changed with Sam…

AMERICAN MASTER BAKER
Dale Cameron Lowry
Baking is a way of life for Joey, a young pastry chef vying for first place in the popular reality show American Master Bakers.
But the judges have been showing favoritism to Terence, an aggravatingly attractive older man with more experience under his belt.
When the competition gets hot, so do the two men. Can a relationship that started in hatred end in love?

ALPHA AND OMEGA: THE CLAIMING
Eddy LeFey
A young Omega shifter meets a much older Alpha.
Will Elliot let Issac help him be who he is too afraid to be?

STAND AND DELIVER
Asta Idonea
Necessity has forced former soldier Captain Keen to assume the occupation of gentleman highwayman. His fortunes take a turn, however, the night he stops the Marquis de Beaumont's coach and gets more than he bargained for when he utters the words "Stand and deliver!"

LOST AND FOUND
Louise Lyons
The loss of his best friend leads Phil to find love.

TRAIL TO LOVE
Kassandra Lea
There's only one thing Kit Conley likes more than horses and that's Roman Meadery.
But will the elite rider ever notice him?

CRUISING WITH LOVE
Carol Pedroso
Gus is under the thumb of a controlling father. Can meeting his mate give him a reason to make a break for freedom?
Nelson is twice Gus’ age, and very protective of what is his.
What will happen when Gus’ father tries to split them up? And what surprises does Nelson have up his sleeve?

NEAR MISS
Aimee Brissay
A few seconds, that's all it takes to make a difference between life and death.
Between killing someone and stopping on time.
But is it enough to turn yourself around when you've hit bottom?
Or to make you recognize something good when you have it?
Read more