Dale has worked as a failed shoemaker, reluctant dairy farmer, and ruthless ice cream man. For several years he monitored the nuclear test ban treaty, making sure those pesky commies didn't blow up the planet. (They didn't.)

When he isn't writing, Dale advises software teams and leaders about how to play nice together. Colleagues in Dale's industry once created a special award for him for being reasonable.

Dale lives in California with his wife.
Read more 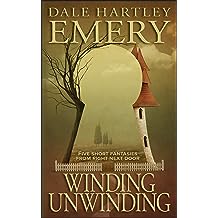 Five worlds very like our own. Five kinds of magic winding tighter and tighter. Five extraordinary people struggling to keep their lives from unwinding.

A magical tailor ruins a wedding dress days before the wedding. A woman hitches a ride from peculiar strangers on a lonely road. A student demands a refund from a master negotiator, and wins more than he ever bargained for. Two young brothers fight for their lives in a funhouse. A grieving widower’s outhouse overflows with memories… and something worse.

Peek through the keyhole into these five fantastic stories from Dale Hartley Emery. 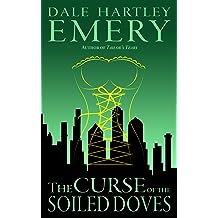 The Curse of the Soiled Doves Jul 1, 2016
by Dale Hartley Emery
$2.99
As California’s Department of Thaumaturgy battles a deepening drought, a mysterious force limits the flow of magic in downtown Sacramento.

Tasked to find an answer, Purvis Klemp—Senior Advisor to the Chief of Staff of the Thaumaturge General of the State of California—must entertain all manner of crackpot theories.

When the latest crackpot offers the most outlandish theory of all, Purvis must struggle to keep his cool… and to keep his job.
Read more
Other Formats: Paperback 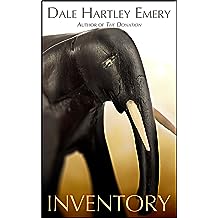 Inventory Sep 8, 2015
by Dale Hartley Emery
$2.99
Curtis Poole's estranged daughter dies, leaving him with fading memories of her and vivid memories of his actions that carved the decade-long rift in their relationship.

With all hope of reconciliation severed, Curtis grasps for redemption through the people his daughter loved.

But redemption proves elusive, and the questions Curtis asks all lead in the one direction he most fears to follow.

A short story from Dale Hartley Emery about the things we leave behind and the things we hold onto.
Read more
Other Formats: Paperback 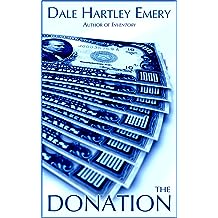 The Donation Aug 11, 2015
by Dale Hartley Emery
$2.99
On a busy street corner in the searing heat of a Sacramento July afternoon, homeless veteran Gene Garron makes a seemingly simple promise in exchange for a donation beyond his wildest dreams.

But a large sum of money attracts a great deal of attention.

The wrong kind of attention.

Attention that can make even the simplest promise hard to keep. 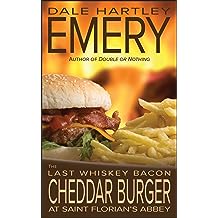 But traffic and a greedy cabbie conspire to keep Jake from satisfying his hunger.

And when he finally arrives at Saint Florian’s, Jake's crimes comes back to haunt him.

Now, pushed to the limit, unable to escape his past, Jake must decide just how far he will go for one good burger. 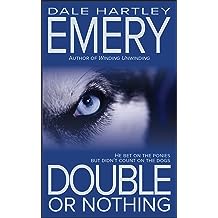 Double or Nothing Sep 15, 2014
by Dale Hartley Emery
$2.99
Norm Wheeler’s luck at the racetrack runs out, leaving him deep in debt to a ruthless bookie. When he tries to hire a rival thug to kill the man, the negotiation takes a dangerous turn, doubling Norm’s trouble.

Desperate, with time running out, caught between two dangerous criminals, Norm must find the courage to settle his own debts once and for all. 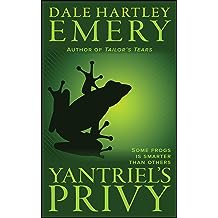 Yantriel’s Privy May 9, 2014
by Dale Hartley Emery
$2.99
Yantriel lives on a small pig farm, grieving the loss of his wife, trying to make a good life for his two daughters. Then, on a midsummer day, an endless mass of frogs begins to ooze out of Yantriel’s outhouse. Not just ordinary frogs. These frogs know things. Now the frogs set their sights on the only thing Yantriel ever cared about… His family. 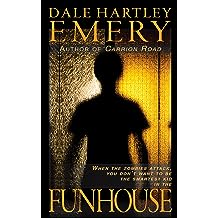 Funhouse Mar 31, 2014
by Dale Hartley Emery
$2.99
Trapped in a funhouse in the sweltering Sacramento heat, Mark and his little brother Davy watch in horror as a zombie eats their friend. Now they must work together, one supplying the wits, the other supplying the blood, to find the doors to escape.

But an even greater danger awaits, and the search for the door becomes a race for survival. 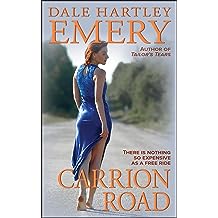 Carrion Road Mar 22, 2014
by Dale Hartley Emery
$2.99
Alone on an empty, eerie road in the middle of the Sacramento Delta, Carla fumes at the boyfriend who abandoned her. The sun sets. A car appears. A pleasant looking couple offers wary Carla a ride.

The fare: "Tell us the story."

Not just any story: The story.

But this is one story Carla would rather not reveal to complete strangers. 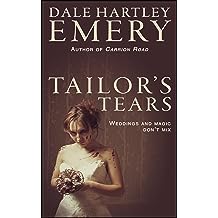 A tattered wedding dress. An enraged bride. And Clarke Whiteley is all out of virgins’ tears.

He brought the problem on himself, of course. He should not have imbued Dulcie’s wedding dress with magic. Not with maiden aura. Not four days before the wedding.

And certainly not without conferring with Dulcie.

Now Clarke has four days to make things right. But family rivalries are at play. And deep family secrets.

And as Clarke is about to learn the hard way: Magic is no match for family. 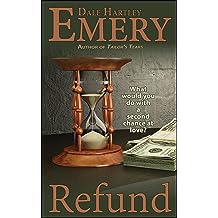 Refund Mar 13, 2014
by Dale Hartley Emery
( 1 )
$2.99
When Geoff Palmenter demands a refund from a master negotiator, he expects an impossible negotiation. Instead, he wins far more than he bargained for:

A second chance at love.

But with second chances, timing is everything.