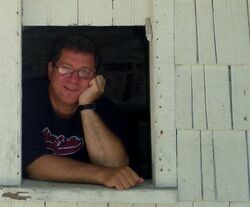 Dan Fiorella lives in New York City. Downtown New York. Very downtown. Okay, he lives in Staten Island. He has written for stage, screen and radio speaker. From Cracked magazine to Prairie Home Companion, his comedy insights and insults have given belly laughs to the masses.

He's worked on "The Adventures of the Galaxy Rangers" and "The Start of Something Big" for TV and written comedy material for the American Comedy Network and All Star Radio. And was the writer for the PC game "The Lost Cases of Sherlock Homes 2." 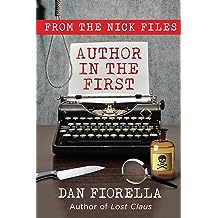 Author in the First (The Nick Files Book 3) Dec 14, 2016
by Dan Fiorella
$3.99
Nick Flebber is back on the case! And this time he brought a date! Where ever famed mystery author Jennifer Bates goes, she's leaves a trail of murder and mayhem. Now she wants Nick to prevent it from happening again. And he does, until a pesky corpse turns up at the house. Needless to say, everyone's a suspect.
Can Nick solve the case and save the publishing industry?
Read more
Other Formats: Paperback 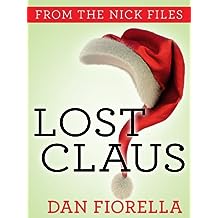 What happens when Santa goes MIA? Well, Tweedle the elf decides they need to hire an amazing Private Eye to find him. Unfortunately, all they can afford is Nick Flebber.

Flebber's a private eye riding a dry patch, income-wise, looking to take any case that walks through his door. Sure, the elf's money looks legit, but how does he know this isn't the effects of some mind altering drugs? Then he remembers he can't afford any mind altering drugs. So, before you can say “pa rum pum pum pum,” Nick's off to the North Pole to track Big Red down. Bringing his old-school methods to Santa's workshop, Nick is soon grilling Santa's helpers to see if any of them were trying to help themselves. He's cross examining Mrs. Claus to make sure he wasn't dating on the side and soon discovers that the Clauses have an adopted daughter, which gets Nick's mistletoe all hot and bothered.

But where is the big man? And his sleigh? Not to mention the tiny reindeer? Nick follows the leads back to his old stomping grounds and discovers he's up against the underbelly of the holiday season. The clock is ticking; Can Nick get Santa home for the holidays?

It's a genre-bending comedy/fantasy that takes the holiday happenings and turns them on their head. A funny, NoeL-O-L book for kids and the kid inside everyone. Yule love it!
Read more
Other Formats: Paperback 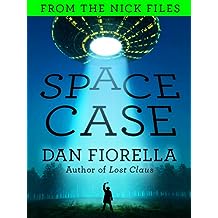 Space Case (The Nick Files Book 2) Jul 21, 2013
by Dan Fiorella
( 7 )
$3.99
P.I. Nick Flebber is back on the case! This time he gets hired to tail a cheating husband and he finds himself dealing with corporate espionage, street crazies and some very illegal aliens.
Read more
Other Formats: Paperback 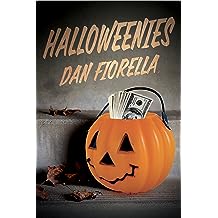 Halloweenies Sep 28, 2014
by Dan Fiorella
( 3 )
$3.99
With Halloween coming, 10-year-old Doug begins his quest for the perfect costume, the character from his favorite horror movie, "The Scary Knight." Sure, it’s expensive, but he’s got a plan. All the while he's still got to deal with school, decorating, backyard haunted houses, bullies, chores, neighborhood crazies, anti-Halloween zealots, the PTA, young love and dangerous counterfeiters. Just your typical suburban Halloween.
It's a comical tale featuring the Minelli family, a middle-class clan living in the outermost borough of New York City and all the silliness that ensues, along with the wacky skits that populate the imagination of the family.
It’s a book that’s all treat and no trick! 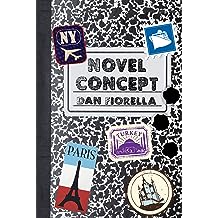 Novel Concept Nov 10, 2015
by Dan Fiorella
( 4 )
$6.99
A young aspiring writer decides to live a more exciting life so he'll know more stuff because he's been told a writer has to "write what you know."

Max Federman goes through a series of unfortunate adventures attempting to sneak into the lives of the rich and famous so he can write a best-selling pot-boiler of a novel. Yeah, it's a bad plan from the get-go as he stows away on a cruise line. Sure, he meets a lovely French girl, but he also has to deal with an annoying US Senator and a serial killer.

Knocked off the boat during a struggle, Max is rescued and brought to France, where he gets involved in a undercover caper, attempting to thwart a crime kingpin’s plan to open up a new drug pipeline to America. Here he crosses paths with an old school buddy, a sexy moll, and a really cranky banker.

Naturally, he winds up in a Turkish prison, and finds himself up against cut throats, murders, and supernatural powers that he may or may not be responsible for. Nevertheless, various prison gangs are vying for control of them.

From there, it’s just a hop, skip and a jump to the odd little kingdom of Lacertosa. Here, Max winds up on both side of a coup d'état. Sure he admires the goals of the revolutionaries and is smitten with a pair of twins he’s been teamed up with, but he also gets to meet the lovely princess of the country.

It’s a wide and wacky road trip that breaks the rules (and often the fourth wall) to tell the tale of the unbreakable Max Federman, a young man who attempts to hitchhike his way into the literary realm a with only a notebook and stubby pencil, trying to come up with a great American novel concept that contains the stench of hilarity.
Read more
Other Formats: Paperback 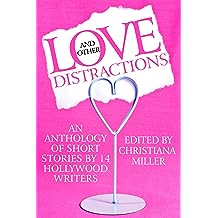 Love and Other Distractions (Short Story Anthology by 14 Hollywood Writers) Jul 20, 2013
by Christiana Miller, Doug Molitor, Keith Domingue, Dan Fiorella, Robert S. Levinson, C. David Stephens, Isaac Ho, Anne Toole, Ron Fernandez, Various Authors, Hugh Howey
( 14 )
$0.99
Although these stories are written for adults, 100% of the proceeds for this anthology will go to benefit the charity Kids Need to Read.
This anthology is all about that crazy little thing called love...and all the odd, impulsive, bizarre and sometimes illegal things people do in its name! With 20 stories, written by 14 Hollywood writers, spanning 7 different genres, it's a literary treasure trove that has something for everyone!
FOREWORD by Hugh Howey

FULL MOON FEVER by Doug Molitor: A couple will let nothing keep them from their romantic Valentine's dinner, not even death.

LOVE VOODOO by Christiana Miller: A blind date turns into a complicated marriage when a young widower puts a voodoo spell on his internet date.

LOVE GROWS WHERE MY WEREMARY GOES by Bart Gold: Newlyweds get more than they bargained for when a 'dog bite' turns the woman into a were-creature every full moon.

AN ALEX LUTHECKER VALENTINE by Keith Domingue: Alex Luthecker goes to the ends of the earth to surprise his Valentine with a one-of-a-kind present.

CUPID IS AS CUPID DOES by Dan Fiorella: A hard-boiled private eye is hired by a love-lorn lady to locate Cupid, who seems to have taken it on the wing.

TAKE MY WORD FOR IT AND YOU DON'T HAVE TO ANSWER by Robert S. Levinson: Two old comics meet to consider a love lost and a promise made.

FRENCH FRIES AND LOVE SONGS by C. David Stephens: Twelve-year-old Raoul Chagny invites eleven-year-old Christine Daaé to a Valentine's Day dinner at a fancy French restaurant in Santa Monica, where each has conspired with Raoul's governess to surprise the other with a French love song.

THE VAGINA DIALOGUES by Shelly Goldstein: Two female friends 'of a certain age' meet for tea on Valentine's Day. One is divorced, living with a man; the other is a widow and gun shy about dating. They talk about men, love, feminism, and how their life has changed since they -- and love -- were young.

FOR THE RECORD by Isaac Ho: A young man finds out the hard way that sex and corporate life don't mix.

STRING THEORY by Steve Chivers: The story of a relationship between an older woman and a younger man. Each chapter alternates between telling the story from her perspective and from his.

TWO INTO ONE by Ron Fernandez: Valentine's Day at the End of the World

WHAT MAKES A MAN by Judith Lutz: Two robots create a human in this provocative post-apocalyptic tale.

THE RED BANDIT by Anne Toole: A librarian's quiet night in the state library turns upside down when a man takes her captive, intent on stealing a magical tome, even if he has to burn down the entire library along with her.

VARIOUS ESSAYS by Mark Miller: Mark's humor essays in this anthology are from his upcoming book, 500 Coffee Dates: Dispatches From The Front Lines Of The Online Dating Wars, in which he talks the dating talk after having walked th
Read more
Other Formats: Paperback