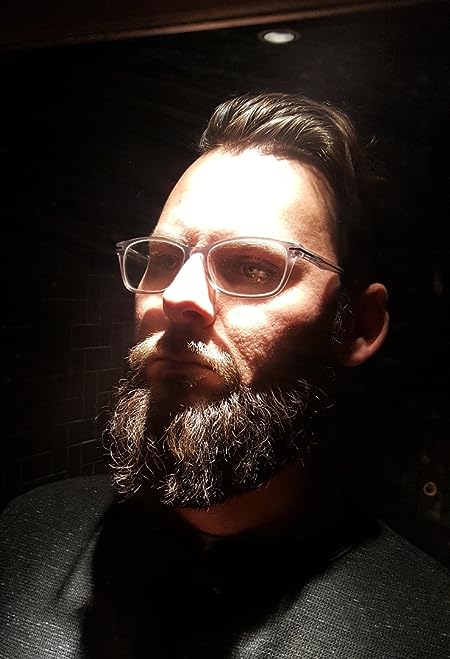 Dan Kennard is a fiction writer and teacher living outside Oklahoma City, OK. Several of his short stories have been published in literary journals like Straylight, Five:2:One, The Offbeat, Weirderary, Word Riot, and the Tahoma Literary Review, among others. He holds an MFA in Creative Writing from Florida Atlantic University.

His main influences as a writer have been people like Paul Auster, John Barth, Stephen Millhauser, Franz Kafka, Samuel Beckett, George Saunders, and Kurt Vonnegut. There are, of course, many others. He also takes influence from music, and has worked these last several years on his latest collection In Plain Sight (2020) with the idea that it was his own LP of short fiction. His spiritual approach to life is mainly informed by the concepts of Taoism and Buddhism, especially Zen, and it's concerns with the idea of Self and Reality are a major thematic component in this first collection as well.

When he is not writing or teaching or being a dad to his three amazing children and a husband to his incredible wife, he reads and experiments with various art projects around the house and/or listens to records on his restored 1965 Magnavox Astro-Sonic turntable. He also writes album reviews for Spill Magazine, an online music journal based out of Toronto, Canada. He cleans the house a lot, too. 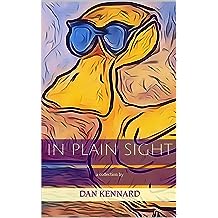 In Plain Sight: a collection Mar 14, 2020
by Dan Kennard
( 7 )
$5.99
With In Plain Sight, author Dan Kennard sets out to make his presence known to his fictional characters, to become as obvious as possible to his own creations, and to awaken them to the true nature of their existence as sentences on a page. The problem is, it proves far more difficult to break through to them than he ever imagined, causing him to go to greater and greater lengths to induce a revelation in them.

In “Foreplay,” Kennard initiates contact with his own creations and finds them just as stubborn to resist him as he is to connect; in “Pinholes” life in a shoebox becomes a demonstration of power; in “Playing with Myself,” error codes become cosmic messages from the Creator of the Universe; and in “Birdsong,” a man finds his freedom in stunning, unlikely fashion as Kennard turns the screws on his life.

Interspersed within these and other surrealist, darkly comic tales in this collection are the multi-faceted eye-witness accounts of Kennardo, a mysterious wayfaring hobo clown drifting through town and dispensing his own special brand of enlightenment to the people of Sunset City one encounter at a time.

Part a collection of Zen-like fables, part meta-fiction, part dark comedy, for the many characters and voices that inhabit these stories, while the opportunities to learn the truth of their lives are all around them, it doesn't mean they have to take them.
Read more
Other Formats: Paperback