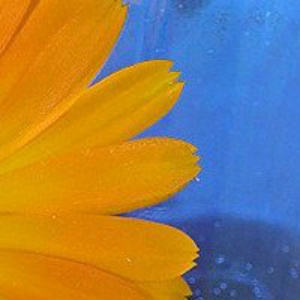 Dana Tanaro Britt writes stories filled with hope, the kind of hope that leads hearts to finding their way home to a sweet, lasting happily ever after. She is most inspired by every day life where ordinary people are making happily ever after happen one moment at a time.

As a Kentucky girl transplanted in the Hoosier state of Indiana, Dana believes home to be wherever the love is found and that hope is the key to everything. She also fervently believes pizza is a basic necessity of life.

For everyday life chat, find Dana on Facebook at https://www.facebook.com/dtbritt1--she'd love for you to come by & chime in! 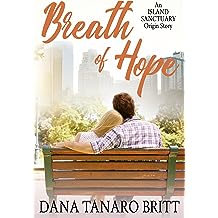 Life with PTSD means that Jill Rogers likes things simple and predictable. A thriving career as an ER nurse lets her focus on the most important things in life—and helps her push through the haunting fear and frequent panic attacks that have tortured her since the attack she was lucky to survive. Jill has three deadbolts on her door, well honed self-defense skills, and she knows how to cope with the panic that often leaves her paralyzed with fear, lost in a sea of terrifying memories. Her life may not be a lot of fun, but it's safe.
And when Nash, her summer love from a decade ago turns up in her ER, now a handsome, broad-shouldered fireman, everything inside Jill tells her to run-despite her yearning for him. No matter how often she's dreamed of that magical lost summer, she knows life can't ever be like that again—she'll never again be the free-spirited, hopeful girl he loved so long ago. All she can do is push him away before things fall apart.

But Nash, whose sexy grin and playful banter mask his own pain, isn’t about to be pushed away. Not when he's found the love of his life all over again. But when a shocking betrayal shakes the ground under Jill’s feet and her ghosts return to haunt them, will Nash’s love be enough to help her find her next breath of hope? 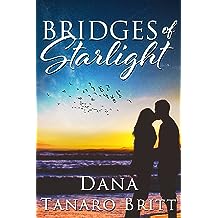 
Katie always swore she wouldn't be the kind of military wife who promised forever and gave up when things went from tough to tougher. But ten years, three children and five deployments later, that vow was put to the test when her husband, Army helicopter pilot Ford Callahan, refused to come home to recover from a devastating injury sustained in Afghanistan. Katie, reeling from broken trust and holding an explosive secret of her own, fled to the distant tropical island that proved to be the home she'd never known, reopening her grandmother's old bakery and building a new life—one without Ford.

Ford wouldn't allow his family to witness his weakness in recovery, but in rejoining them after his rehabilitation, he discovers that his stubborn pride may have destroyed what he was trying so desperately to protect. He's known the loneliness of a decade of combat deployments, but nothing has prepared him for the heartache of separation from Katie. Ford isn't about to give up on his family, though, and with the support of the friendly island community, he begins to find his footing in civilian life, determined to be the husband and father they need him to be.

But when Katie's secret at last comes to light, both Ford and Katie must reach deep within themselves to find the compassion and forgiveness to move forward, building a bridge strong enough to bear the weight of their wounded hearts—and the promise of a future together. 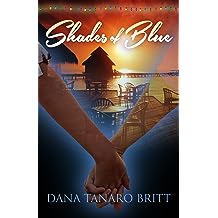 Heart-broken and reeling with grief, Charlie flees to a far-flung tropical island in search of a safe haven where she can let her treasured memories consume her. Hiding away from the world, she battles nightmares and fresh tragedy while trying to make sense of her new reality.

Living his island dream, firefighter-turned-fisherman Gabe Montgomery is determined to be Charlie’s port in her storm of pain and loss. Blindsided by life-changing revelations from his own past followed by the possibility of terrifying personal loss, Gabe realizes that sometimes letting go is as much a part of love as holding on.

When Charlie and Gabe acknowledge their powerful connection and cling to one another for comfort and hope, both face a frightening dilemma: surrender to the past, or face the challenges in front of them.

Will the memories and mistakes consume them or can Charlie and Gabe hold fast to each other and the hope that will bring them to a promising future together?
Read more
Other Formats: Paperback