Dance the Eagle to Sleep: A Novel and millions of other books are available for Amazon Kindle. Learn more 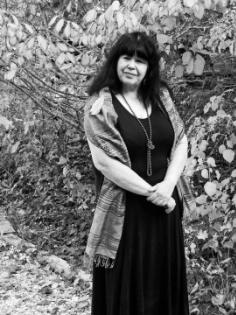 by Marge Piercy (Author)
3.8 out of 5 stars 8 ratings
See all formats and editions
Sorry, there was a problem loading this page. Try again.

Originally published in 1970, Marge Piercy’s second novel follows the lives of four teenagers, in a near-future society, as they rebel against a military draft and “the system.” The occupation of Franklin High School begins, and with it, the open rebellion of America’s youth against their channeled, unrewarding lives and the self-serving, plastic society that directs them.

From the disillusionment and alienation of the young at the center of the revolt, to their attempts to build a visionary new society, the nationwide following they gain and the brutally complete repression that inevitably follows, this is a future fiction without a drop of fantasy. As driving, violent, and nuanced today as it was 40 years ago, this anniversary edition includes a new introduction by the author reflecting unapologetically on the novel and the times from which it emerged.

"What If Everybody Said That?" by Ellen Javernick
What if everybody chose to be kind? | Learn more

“Dance the Eagle to Sleep bears a strong family resemblance, in kind and quality, to William Golding’s Lord of the Flies and to Anthony Burgess’ A Clockwork Orange. It would be no surprise to see it become, like these others, a totem and legend of the young.”
—
Time

“Dance the Eagle to Sleep is a vision, not an argument… It is brilliant. Miss Piercy was a published poet before she resorted to the novel, exploiting its didactic aspect, and her prose crackles, depolarizes, sends shivers leaping across the synaptic cleft. The ‘eagle’ is America, bald and all but extinct. The ‘dance’ is performed by the tribal young, the self-designated ‘Indians,’ after their council meetings, to celebrate their bodies and their escape from the cannibalizing ‘system.’ The eagle isn’t danced to sleep; it sends bombers to devastate the communes of the young… What a frightening, marvelous book!”
—New York Times

“It’s so good I don’t even know how to write a coherent blurb. It tore me apart. It’s one of the first really honest books this country has ever produced. In lesser hands it would’ve been just another propaganda pamphlet, but in Marge Piercy’s it’s an all-out honest-to-God novel, humanity and love hollering from every sentence and the best set of characters since, shit I dunno, Moby Dick or something. At a time when nearly every other novelist is cashing in on masturbation fantasies, the superhip college bullshit stored up in their brains, even on the revolution itself, here is somebody with the guts to go into the deepest core of herself, her time, her history, and risk more than anybody else has so far, just out of a love for the truth and a need to tell it. It’s about fucking time.”
—Thomas Pynchon, author of Gravity’s Rainbow

“Dance the Eagle to Sleep is a frightening book, which will reassure only those who can take solace from the fact that it is cast as a futuristic novel. This is no real solace, since Marge Piercy has used the future only as a parabolic mirror of the recent past: her novel is indirectly about the Movement, more specifically about the rise, fragmentation, and fall of the Students for a Democratic Society.”
—The New Republic

“Dance the Eagle to Sleep is a cautionary tale, but it is more than that. It is an important political document. I hope the book is read.”
—The Nation

Marge Piercy is the author of seventeen novels including the national bestsellers Gone To Soldiers, Braided Lives, and Woman on the Edge of Time; seventeen volumes of poetry, and a critically acclaimed memoir, Sleeping with Cats. Born in center city Detroit, educated at the University of Michigan, the recipient of four honorary doctorates, she has been a key player in many of the major progressive political battles of our time, including the anti-Vietnam war and the women’s movement, and more recently an active participant in the resistance to the war in Iraq.

Start reading Dance the Eagle to Sleep: A Novel on your Kindle in under a minute.

Marge Piercy has written seventeen novels including the New York Times bestseller Gone to Soldiers, the national bestsellers Braided Lives and The Longings of Women, and the classic Woman on the Edge of Time, as well as He, She and It and Sex Wars; nineteen volumes of poetry including The Hunger Moon: New and Selected Poems 1980–2010, The Crooked Inheritance, and Made in Detroit; and the critically acclaimed memoir Sleeping with Cats. Born in center city Detroit, educated at the University of Michigan and Northwestern, and the recipient of four honorary doctorates, Piercy is active in antiwar, feminist, and environmental causes.

Laurel-Rain Snow
VINE VOICE
3.0 out of 5 stars CAUGHT UP IN REVOLUTIONARY FERVOR
Reviewed in the United States on October 4, 2014
Verified Purchase
As an admirer of Marge Piercy's volume of work, from novels to memoirs, I was eager to read this earliest novel,  Dance the Eagle to Sleep: A Novel .

In her iconic style, she zeroes in on the young during an exploratory time in their lives, as they seek to free themselves from the strictures of ordinary society, to escape from the "boxes" in which they reside and the stilted mantra their parents perpetuate.

Our MCs are four teens caught up in a revolutionary fervor, and the story spotlights them one by one, in alternating perspectives, from Shawn (previously Sean) the rocker to the Native American Corey. Runaways are drawn to this fledgling group that expands as the zeal increases. Like Jill (Joanna) or Billy. As we examine their inner thoughts and feelings, through these individuals we come to understand their stories and their causes.

Through music, through dance, and ultimately through experimenting with their own structures, including a farm commune, they become their own persons.

Piercy is great at showing us what the "revolutionary world" of the sixties and seventies was all about. I enjoyed some of her later works a lot more, like  Small Changes . But I also liked this glimpse of her beginnings. 3.5 stars.
Read more
One person found this helpful
Helpful
Report abuse

Susan K. Noel
5.0 out of 5 stars Brilliant
Reviewed in the United States on February 17, 2013
Verified Purchase
I love all of Marge Piercy's work, but this novel is one of the very best. Her visions of society, of young people, of how people speak and relate to each other, and how cause leads to effect, are equal to or more likely better than any novelist in the 20th or 21rst century. Certainly no writer better understands countercultural politics better. If a young person today wanted to understand the sixties and the various forms of resistance that went on then, from mild to dangerous, I would send them to Piercy. Her writing style is strong, flowing, always clear and shining. She inspires not only excitement in plot development, buy love for the characters she so confidently creates, and absorption in the ideas that she brings to life. Piercy does not "discuss" ideas, she incarmates them.
Read more
3 people found this helpful
Helpful
Report abuse

Rohan
1.0 out of 5 stars From mediocre greatness is possible
Reviewed in the United States on July 25, 2012
Verified Purchase
I'm a big fan of Marge piercy and was looking forward to reading the nove. The best thing that can be said about it, is it's a good inight into marge piercy's writing career. This is a very early ovel and it reads like that. Polemic, shallow characters and a wandering plot. It's inspring to me, as an aspring writer, to realise someone like piercy, who i admire so much, did write mediocre stuff in her early days.

Murve
5.0 out of 5 stars One of my favorites
Reviewed in the United States on April 26, 2018
I'm not going to go into any detail because I personally believe that publicly critiquing art is for suckers. All I know is that I really love this book.
Read more
Helpful
Report abuse
See all reviews

ubendum
5.0 out of 5 stars Not just an important historical document.
Reviewed in the United Kingdom on May 31, 2018
Verified Purchase
As a person who became an adult during the 1970s and 1980s rather than the 1960s this book offers a salutary but frequently uplifting idea of how radicalism was framed in the previous generation. I wish I had read this book 30 years ago, at the same time as I read Tom Wolfe. Although it is a work of fiction,even science fiction, and the presentation of gender relations in particular is very much rooted in the attitudes of it's time, it offers a vision of idealism which rings true and is a useful counterbalance to the message of excess and nihilism that Wolfe and other commentators gave us. The debates described were exactly those that my generation engaged in, and if we largely managed to avoid the resort to violence that plays out to inevitable tragedy in this book, all I can say is that we were lucky. The young people of Eastern Europe and the Middle East have not been so lucky. A sobering read, and not just a historical document.
Read more
Report abuse

ann
4.0 out of 5 stars Dance the eagle to sleep
Reviewed in the United Kingdom on February 17, 2013
Verified Purchase
The book is exactly as ordered and was well packed. It took a little longer to arrive than I am used to
Read more
Report abuse
See all reviews