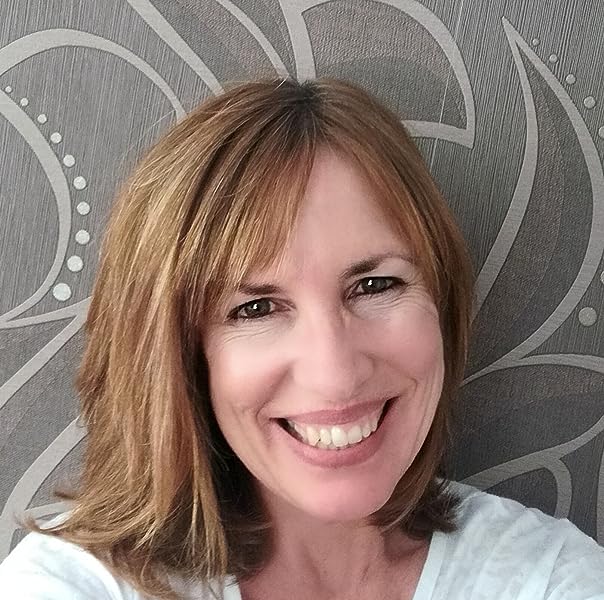 Reviewed by Heather Osborne for Readers' FavoriteAfter Veronica found herself pregnant as a teenage dancer, shedecided to give up the baby girl, Isabel. Working at a perfumecounter in a department store with twin boys and separated fromher husband, Veronica is desperate for fulfillment. Now in herforties, she reflects often on her past life and wonders what mighthave been had she decided not to give up her daughter. Balancinghome and her mother, who is succumbing slowly to Alzheimer's andhas been put in a care home, Veronica wonders if there is reallymore to life than the path she has set herself upon.Isabel has grown up knowing she was adopted. When she finallysums up the courage to ask her mother for her birth mother'saddress, Isabel struggles with what to do with the information,knowing she must be the one to make the first contact, as dictatedby the adoption agreement. Living on the Isle of Wight with herboyfriend, she works as a homeopath, while he works as a painter.Encouraged by a dear old friend, Isabel must decide whether or notto take the plunge and contact the woman who gave her up nearlytwenty-seven years ago.The Dancer by Michelle Vernal is a heart-warming women's fictionnovel chronicling the parallel lives of a mother and her daughter.Although not often a reader of women's fiction, I am genuinely gladI picked up The Dancer by Michelle Vernal. She develops theparallel lives of Veronica and Isabel very well and is able to weavein the events of Veronica's past seamlessly. Amongst a cast ofcolorful supporting characters, Vernal takes the reader on a journeyof self-discovery, reflection, and hope. I would certainly recommendthis novel for fans of women's fiction and will look for other novelsby this author in the future.

'You're in for a treat,' Melanie Underwood, Editor

This book is written from the heart and I hope you enjoy it. If it makes you smile, job done x
Start reading The Dancer on your Kindle in under a minute.

T-master
5.0 out of 5 stars A totally awesome read!
Reviewed in the United States on June 3, 2020
Verified Purchase
Another awesome read from author Michelle Vernal. The first book in what I hope will be another series, The Promise, holds a special place in my heart for two reasons. I designed the cover and it was the first book I read from this talented author. While I have read so much of Michelle's work, these two have to be my favorite. The characters are rich and vivid. I love how she can take a story with heart and yes, some sadness, and still weave in some amazingly comical situations. These books will make you laugh and cry and want to read them again. Oh, and HALLMARK if you are listening, The Promise at least, NEEDS to be a movie. The story of The Dancer has so much that is relatable to many individuals today. You won't be disappointed!
Read more
One person found this helpful
Helpful
Comment Report abuse

Jane Baier
5.0 out of 5 stars This series is in part driven by personal experience and makes them exceptional reading.
Reviewed in the United States on June 15, 2020
Verified Purchase
Michelle Vernal is an exceptional writer! I have enjoyed all her novels to date. I thought her two book series of The Promise and The Dancer were the best she has written yet!.....heartfelt and poignant ....kept me laughing and sad in unexpected parts of each book....well worth the read! I highly recommend any of her books but especially these two.
Read more
2 people found this helpful
Helpful
Comment Report abuse

Michelle Astrin
5.0 out of 5 stars Beautiful read! If you haven’t read The Promise, buy it & The Dancer. Highly recommend both books.
Reviewed in the United States on June 16, 2020
Verified Purchase
There was absolutely nothing to dislike about The Dancer. Loving, complex, interesting, beautiful characters.
I didn’t want this book to end. Michelle Vernal is one of the best fiction writers that I’ve ever read.
You can’t go wrong with any of her books. I’ve read them all. If you haven’t read The Promise, read that first.
Buy them both. You will be extremely happy you did. Love to Michelle’s Mum ❤️xx
Read more
One person found this helpful
Helpful
Comment Report abuse

Kathleen L Turner
5.0 out of 5 stars Another home run by Michelle Vernal.
Reviewed in the United States on June 11, 2020
Verified Purchase
I think I have read most of the books by Michelle Vernal and am never disappointed. The Guest House series had me laughing out loud and I couldn't wait for the next installment. Then I read The Promise and so loved the characters in this story I immediately pre-ordered The Dancer. Love, friendship and family connections. And a few surprises! :)
Read more
2 people found this helpful
Helpful
Comment Report abuse

Carla E Boyle
2.0 out of 5 stars The Dancer
Reviewed in the United States on July 13, 2020
Verified Purchase
Very predictable. Dragged on and on. Characters overthought everything to the point of being exasperating.
Read more
Helpful
Comment Report abuse

Sharon
5.0 out of 5 stars G rest
Reviewed in the United States on June 11, 2020
Verified Purchase
Great story !!!!!!! I was so happy for Ronnie and Isabel being able to get to know each other. Love love the ending.
Read more
Helpful
Comment Report abuse

P. Blevins
TOP 1000 REVIEWER
5.0 out of 5 stars absolutely amazing
Reviewed in the United States on July 1, 2020
The Dancer: Isobel’s Story Book 2 is by Michelle Vernal. Family secrets can change everything or nothing.
Veronica Stanley wanted nothing more than to be a great dancer. She had the talent to be one of the greatest. She met Gabe, a young boy, when they went to dance class together. She was poor and he was rich; but their love for ballet brought them together. They began performing together and were magnificent. They auditioned for a place in a major ballet company but when the second audition came up, Veronica had to drop out, she was pregnant. Gabe’s mother arranged for her to give birth in a secluded place and give the baby up for adoption. No one else knew about the pregnancy. The only thing Veronica asked what that the adoptive parents keep the name she gave her,- Isobel. After having to give up her baby, there really was no way she could care for her, Veronica lost all interest in dancing. She eventually married, had twin boys, and divorced. Now she was wondering what was next.
Next, was taking care of her Mother, Margo. Margo had developed Alzheimer’s and was in a home. Veronica would visit regularly. Then, when her sister, Abi, was visiting, she found a box of her ballet things. She began taking them one at a time to the home, handing it to her Mother, and talking about the item and what she was feeling at the time. She used these as a segue to telling her Mother about her life and the daughter she gave up and hoped one day would try to find her. After a while, she got to Paris and told her Mother about her daughter and giving her up. Then Margo told her a family secret that caused her life to explode. What is she to do now with that information?
Meanwhile, Isobel had decided to hunt for her birth mother. She talked it over with her adoptive parents and assured them she wasn’t looking to replace them; but to get answers. She finally located Veronica and wrote her a letter; but kept the letter in her purse for a very long time before mailing it. What if she didn’t answer?
Read more
One person found this helpful
Helpful
Comment Report abuse
See all reviews from the United States