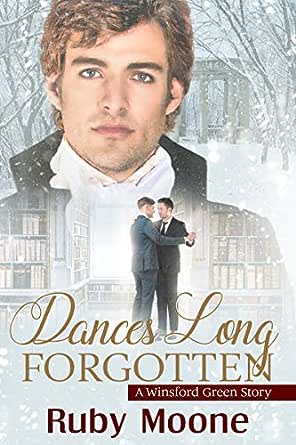 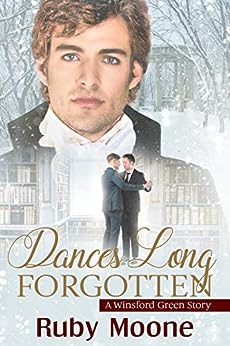 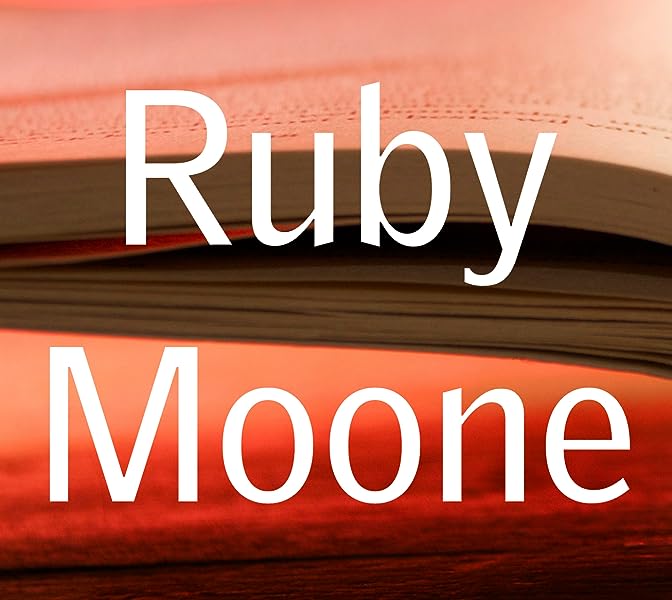 4.6 out of 5 stars
4.6 out of 5
20 customer ratings
How does Amazon calculate star ratings?
Amazon calculates a product’s star ratings based on a machine learned model instead of a raw data average. The model takes into account factors including the age of a rating, whether the ratings are from verified purchasers, and factors that establish reviewer trustworthiness.
Top Reviews

Kindle Customer
5.0 out of 5 stars Wonderful!!
Reviewed in the United States on January 6, 2020
Verified Purchase
Gamahuching!! One of the reasons I read and love historical MM romance is that it allows me to get immersed in the period, setting, ambiance and most importantly, the words! The turn of phrase. The odd wording for everyday things. Small clothes to define underwear. Gamahuching is one of those words. At any rate, I loved this book!! At first blush, I thought it was a harmless little Christmas book that starts out in 2014 and flashes back to 1814. Well back up the truck, because this was an emotion and drama filled ride. I loved Hugo. Bored gentleman who finds himself at the mercy of a blackmailer and his efforts to have to accept his shame and ask his brother for help. Well done tale of the times, how one's life experiences in childhood affect adulthood. Also really loved Lyndon - an enigma. Wonderful cast of characters - Winson, Jossy and even Coombes. Excellent description of how the servants play such a pivotal role in the lives of the gentry. That line about not being able to take off their jackets was hysterical! Brilliant writing, engrossing storytelling. I was riveted and with each new turn, I thought to myself OMG, dropped the book and exclaimed to myself, poor Hugo! Such wonderful lines! "He bestirred himself and waiting until he was presented and was stunned when Lyndon was ushered in, looking pale and tired." "Stubborn, principled, opinionated, and so damned ready to sacrifice your happiness on some archaic principle of manliness and honour, you must both be running for sainthood." I believe this is only my second Moone book. Will definitely move her other historical MMs up my tbr. This was such a wonderful kick off to my 2020 reads!!
Read more
One person found this helpful
Helpful
Comment Report abuse

Bo
5.0 out of 5 stars Everything As It Should Be--And More
Reviewed in the United States on January 9, 2020
Verified Purchase
While the first and last chapters are contemporary, this is a Regency MM romance with an extraordinarily surprising, sometimes shocking, but always beautiful story about two young men whose love for each other began early, was then rudely interrupted, and then revived in a sizzling and fraught filled manner.

You will not meet a character as endearing or sympathetic as Hugo, nor could you possibly imagine how his broken life and potentially tragic future could be manipulated by so many others whom you would never expect might have, or had, a hand in upsetting his world.

There are so many twists and turns in this plot that your eyebrows may get a bit worn out from rising and falling as they are revealed, mulled over and acted upon by various characters introduced along the way.

However, through all of this plot-based tour-de-force what pierces your heart and warms your soul is the romance between Hugo and Lyndon, a romance which is among the best you will experience among any Regency-based MM love stories.

Grab this book no matter what the season--it's a year round Christmas gift to all of us.
Read more
Helpful
Comment Report abuse

MaryB
5.0 out of 5 stars Totally delightful read
Reviewed in the United States on December 23, 2019
Verified Purchase
What a wonderful book! I thoroughly enjoyed it. I ran across this author by accident and I am so glad I did. I loved the Regency period. Was not aware that m/m had filtered to the Regency historical genre. I am so glad I did. I devoured it in one sitting; course, then I berate myself for reading too fast. The storyline was interesting with a twist, I loved the characters back then and now. I like the way Ruby Moone writes: her sentence structure, her word usage, world-building, and her imagination. For an entertaining and delightful read, I recommend reading "Dances Long Forgotten".
Read more
Helpful
Comment Report abuse

WS Long
5.0 out of 5 stars Great plot
Reviewed in the United States on March 22, 2020
Verified Purchase
Loved the romance, and plot in this one. Another home run! I thoroughly enjoyed it, and would recommend it to anyone looking for a romance to escape into.
Read more
Helpful
Comment Report abuse

M Marshall
5.0 out of 5 stars So interesting, so sweet and so wonderful Highly Recommended
Reviewed in the United States on December 30, 2019
A Scattered Thoughts and Rogue Words Review (A Lucy Review)
Rating: 5 stars out of 5

On Christmas Eve, Dylan, the man of James Pell-Charnley’s dreams, is on the point of walking out. Then they hear the faint strains of a waltz in the library of the empty abbey. The music is said to be heard only by those truly in love, and it gives James the courage to tell Dylan the story.
In December 1841, Lord Hugo Pell-Charnley is in a terrible mess. The youngest son of the late Marquis, youngest brother of the incumbent, never felt to fit. When his life comes crashing down, and his life and his family are threatened, he is forced to face his elder brother and confess his deepest secret. When he arrives at Winsford Abbey he finds he must also confront the shame from his past in the form of Lyndon Cross. The boy he’d loved but betrayed in school.
As they clear the ghosts from the past, they dance in each other’s arms in the library to the soft strains of the waltz, but long buried secrets threaten to destroy their happiness.
Two hundred years later, can those dances long forgotten give James and Dylan the courage to hold on to love?

This is a story within a story.  James, the current Marquis, must tell the story of Hugo and Lyndon to his own love, Dylan, in order for Dylan to understand how James feels about him.  So we have the modern beginning and end sandwiching the historical story and that worked very well for me.

Hugo is the youngest of the Pell-Charnley family and he believes himself to be nothing spectacular.  He had a terrible time at school, can’t do the one thing he really wants to with his life (own a bookstore) because it is beneath people of his class, and now is being blackmailed.  Things just go from bad to worse when he shows up at his family estate for Christmas only to find three of the bullies from school present, as well as someone he used to like at school, someone who he didn’t treat well because of the bullies.  Lyndon Cross.

It’s funny how people assume things.  Winston, Hugo’s older brother, believes Hugo to have an unencumbered life in London.  “You seemed perfectly happy as you were…” while never realizing “I hated every moment of school.  I never fit in.  I was bullied, beaten, terrified…”  He was bullied to an extreme degree, as was Lyndon.  Now they may have a chance to be together, if only short term.  Of course nothing is that easy.

No secret that I am a huge fan of historical romance but I need it to be believable.  This one hit all my switches.  Sympathetic characters, plot that made sense and with twists that I completely didn’t see coming, and an ending I felt was plausible.

I was thinking four stars for this story until another plot twist showed up, one that I wasn’t expecting yet again, and I had to raise it up.  My heart was breaking for Hugo at that point. “…had talked about him, speculated about him, made him queasy inside.”  I so understood that feeling.  I was angry at people for him – more than he was even! Hugo is a good person and handles things so much better than he believes he does.

“Every Christmas we should definitely waltz in the library.”  “Until we are too old to move….I’ll hold your hand and we’ll sway in time.”  That made me happy, as did the sweetness of the epilogue.

This was so interesting, so sweet and so wonderful.  I especially appreciated a bisexual character in a historical, which may be the first time I’ve read of one in this genre.

The cover, showing Dylan and James dancing against the backdrop of Hugo, is perfect.
Read more
Helpful
Comment Report abuse
See all reviews from the United States

Kindle Customer
5.0 out of 5 stars Another truly charming historical from Ruby
Reviewed in the United Kingdom on December 19, 2019
Verified Purchase
This was an absolute delight. I love it when authors mix a modern day in with a historical to give me two love stories and that's just what Ruby Moone does here.

The first snippet gives us the latest Marquess of Winsford and his second-in-command who is about to break his heart by handing in his resignation when they hear the faint sounds of a waltz while in the Library.

James tells Dylan the story of his ancestor Hugo and it is this 1814 historical romance which makes up the majority of the book.

I absolutely loved this one, it was also packed full of little surprises that I wasn't expecting and that I'm not going to hint at, but suffice it to say, they all worked wonderfully for me.
Read more
Helpful
Sending feedback...
Thank you for your feedback.
Sorry, we failed to record your vote. Please try again
Report abuse

Bookworm
5.0 out of 5 stars Wonderfully romantic story
Reviewed in the United Kingdom on January 5, 2020
Verified Purchase
I'll read anything Ruby Moone writes and this was wonderful. A romantic story-within-a-story that pulled on my heartstrings and made me tear up. Thank you!
Read more
Helpful
Sending feedback...
Thank you for your feedback.
Sorry, we failed to record your vote. Please try again
Report abuse