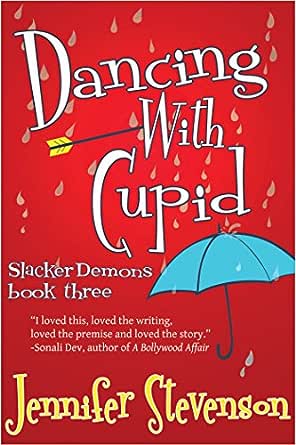 You've subscribed to Slacker Demons! We will preorder your items within 24 hours of when they become available. When new books are released, we'll charge your default payment method for the lowest price available during the pre-order period.
Update your device or payment method, cancel individual pre-orders or your subscription at
Your Memberships & Subscriptions
There was an error. We were unable to process your subscription due to an error. Please refresh and try again. 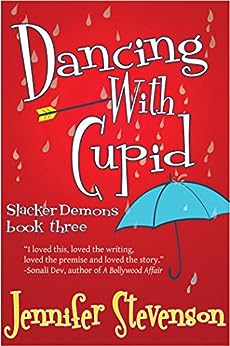 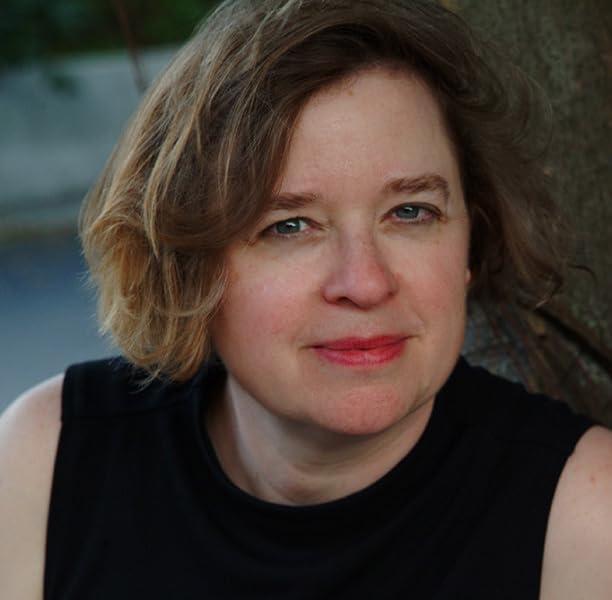 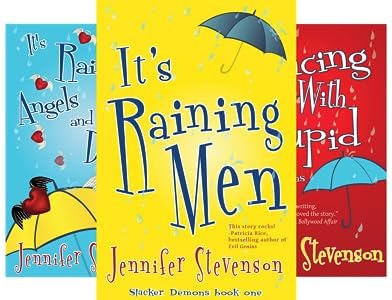 "This is fabulous! I'm not into hot stuff but this is close to brilliant, holding my attention with just the right amount of graphics with great emotion."
-- Patricia Rice, bestselling author of Evil Genius

"Jennifer Stevenson is the mistress of magic, combining voudou, music, and the call of true love in a unique melange. Stevenson makes the ancient seem new again, the ordinary seem exotic, and the otherworldly more real than we ever dreamed it could be. Bravo!"
-- Mindy Klasky, USA Today bestselling author of the Jane Madison Series.

4.5 out of 5 stars
4.5 out of 5
13 customer ratings
How does Amazon calculate star ratings?
Amazon calculates a product’s star ratings based on a machine learned model instead of a raw data average. The model takes into account factors including the age of a rating, whether the ratings are from verified purchasers, and factors that establish reviewer trustworthiness.
Top reviews

Stan Hutchings
5.0 out of 5 stars If you're looking for a humorous, magic-filled, erotic, sex-themed story
Reviewed in the United States on June 3, 2019
This continues with the character of Kamadeva, from 'It's Raining Men' ( (Slacker Demons Book One), so it would be best to start there, and read 'It's Raining Angels and Demons' (Slacker Demons Book Two) on the way. That way, you know the background (it's complicated!) and the characters. The Slacker Demons books are not for everyone: they are humorous, irreverent, sexy, romantic and feature demons (from the Regional Office aka Hell), angels (from the Home Office aka Heaven) and gods of the Hindu pantheon, unlike anything you expect. This book is a fun read, full of humorous situations, lots of sex, power struggles among the gods, and lots of very vivid, colorful descriptions.
Kama is playing the part of a mailroom guy in a lawyer's office that employs mostly women. He's already seduced most of them, and now has his sights set on the newest lawyer, RathiRaani Singh. Their coffee date did NOT go as expected! Kama recognizes Rathi as his wife from previous reincarnations, but she doesn't recognize him. He runs off in a panic, she wonders WTF. Slowly she begins to realize who she REALLY is, which terrifies her until she accepts, and realizes, her inner goddess, with Kama's patient help, and the support of Kama's new congregation - composed of women he's seduced. Their wedding is an over-the-top extravaganza.
Read more
Helpful
Comment Report abuse

Hotcha
4.0 out of 5 stars Dancing With Cupid: A Slacker Demons Novel ...
Reviewed in the United States on March 2, 2018
I liked this story, but I'm not an Eastern India, I was clueless about their gods. I loved that Kamadeva, a defrocked Hindu god of sensual love waited over for six thousand years to reclaim his wife . As he waited, and searched for her, he only had one night stands with every woman to know that she was not his wife and he moved on. I liked that attorney, RathiRaani Singh, a thirtyish virgin She was sent at nine to Los Angeles to live with her aunt and held to her virgin beliefs, but one touch from Kama had her senses up in flames! She had no memory that he was her husband and thought he was a slacker that wasted his parent's money by working in the mail room.
Read more
Helpful
Comment Report abuse

Alexandra W
4.0 out of 5 stars Cute and funny love story
Reviewed in the United States on October 24, 2016
I received this book through an Early Reviewers program quite some time ago, but it took me until only last week to start reading it. Not because I wasn't interested, I just didn't have the time. That said, once I did start, I absolutely could not put it down. I stayed up until 2am reading it.

It is a great read. Funny, smart, romantic, sexy, with a brief but interesting delve into somewhat recent World History, along with some Indian culture and religion. The characters were charming and relatable. I really liked how the characters took turn narrating throughout the entire novel. My only (minor) issue with the novel is that there are a handful of Indian phrases that never quite get explained in the text, but that didn't really ruin my enjoyment of the text.
Read more
2 people found this helpful
Helpful
Comment Report abuse

Jennifer Ehninger
5.0 out of 5 stars I loved this book
Reviewed in the United States on February 22, 2017
I loved this book. I keep being amazed that the author can make each of the slacker demons so different and yet make us love them all. Kama is 6000 year old love god who has been looking for her wife who left him. He meets Raathi, a lawyer, and realizes she is his wife re-incarnated. I thought their story was fun and very touching. It was wonderful to see what lengths a man will go to make his love fall for him again. I also feel I learned alot about the Hindu religion that I didn;t know before. I can't wait to read the next one. I was given a free copy of this book and voluntarily reviewed.
Read more
Helpful
Comment Report abuse

Beth McNamee
3.0 out of 5 stars Cute fantasy/romance book
Reviewed in the United States on July 2, 2015
I rate this 3.5 stars. I received a copy of this book in exchange for a review. I didn't know what to expect in the book since I hadn't read the first two in the series. This is a stand alone and you don't need to read the previous books. I will not give a synopsis of the plot, but concentrate on writing, character development and plot. The writing was above average. She keeps you engaged in the story and gives vivid descriptions of situations and scenery. I enjoyed the characters as well. I learned a little about Indian culture and traditions. What I didn't like was the drawn out ending. This is a romance book and most readers will feel the ending of the book is when the protagonists get together. The ending of this book continues further than that and I felt the book went too long. I should also mention that you must suspend your reality and include gods and goddesses or you may find the book to out there. That was not a problem for me since I like fantasy.
Read more
Helpful
Comment Report abuse

E. M. Tanner
4.0 out of 5 stars Funny!
Reviewed in the United States on July 18, 2015
This book is delightful - funny, a little racy in places (but in a good way!), quirky, a little romantic and definitely worth the read. It's a quick read, and despite some philosophical moments it's not heavy; would definitely make a great beach read. I hadn't read the previous books and didn't really feel like that made a difference - I really enjoyed this one anyway. Some of the characters are a little trope-y or cardboard, but usually when they're supposed to be (for effect). The main characters are funny and unique, and the setting works. I would definitely recommend this to anyone who likes a funny, spicy story. (I received a free copy of this book as part of LibraryThing's Early Reviewer program, however the content of this review is based entirely on my reading of the book.)
Read more
One person found this helpful
Helpful
Comment Report abuse

kasizog
5.0 out of 5 stars Good one
Reviewed in Germany on February 11, 2017
Verified Purchase
This is the third book in a series and this one hooked me again. I could'nt put it away. I even learnt something about Hindu religion.
Read more
Helpful
Sending feedback...
Thank you for your feedback.
Sorry, we failed to record your vote. Please try again
Report abuse