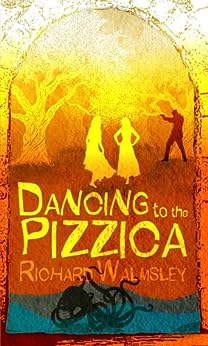 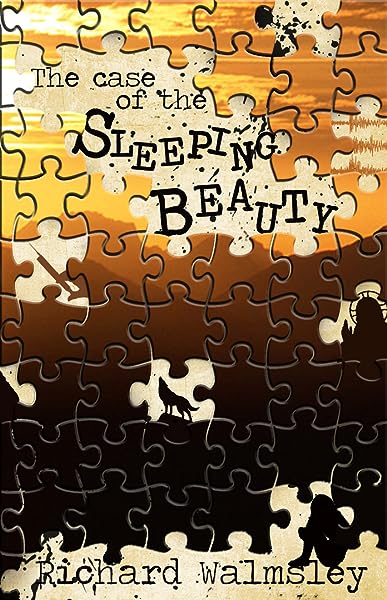 Dancing To The Pizzica Kindle Edition

by Richard Walmsley (Author) Format: Kindle Edition
See all formats and editions
Sorry, there was a problem loading this page. Try again.
A TALE OF ROMANCE, INTRIGUE, VENDETTA AND THE INSIDUOUS HOLD OF THE MAFIA IN SOUTHERN ITALY AND ABROAD.
Adam, a maverick Englishman approaching middle age, is captivated by his new life in southern Italy. He is seduced by the beautiful Rosaria and by the hypnotic local dance known as the Pizzica. Finding himself falling deeply in love, he is drawn unwittingly into danger when he agrees to help Rosaria investigate the mysterious disappearance of her cousin and closest friend, Diletta. Adam is blissfullly unaware that he will be up against the sinister 'ndrangheta - the Calabrian Mafia. This tale is set against the evocative backdrop of the Salento region of Puglia.
Read more
Previous page
Next page

I lived, loved and worked for eight long years in Puglia in the deep south of Italy's heel. From 2005 until 2008, I taught English at the University of Salento, Lecce - that amazing, baroque city that surprises all who visit it. It was my Italian 'girlfriend' who suggested that I should write mystery novels. She became the reluctant heroine of the series of three novels set in Puglia.

The three novels, 'Dancing to the Pizzica', 'The Demise of Judge Grassi, and 'Leonardo's Trouble with Molecules' are stories of suspense, intrigue, romance and the insidious hold of the mafia in Italy. But the stories are laced with humour too. It is impossible to live in Italy and not be struck by the Italians' anarchical relationship with the State, the government - and each other!

My ambition is simply to create stories that adults, young or old, will enjoy reading - my sixteen year-old granddaughter is among my youngest fans. I love Italy and France, and much prefer living in the countryside to city life. I have also written a book of not so short stories entitled 'Long Shorts'. Read the first three novels! Get to know Rosaria and Adam and follow the adventures in which they become involved.

There is a new series of novels - in the same genre. The stories are set in Abruzzo - a region in the centre of Italy. Fortunately, or not, depending on your viewpoint, Abruzzo is largely undiscovered by the tourist industry. The Adriatic Sea bathes its coast while the Apennine mountains rise magnificently in the background. Abruzzo is one of Europe's least spoilt regions. A new set of characters, led by Commissario Beppe Stancato, are waiting to introduce you to new and intriguing cases. The first in the series is called "The Case of the Sleeping Beauty". There are another three titles in the Abruzzo series of novels: A Close Encounter with Mushrooms - a story of misplaced revenge by mushroom poisoning. The Vanishing Physicist.- a story, based on a real life situation, finds Beppe Stancato involved in a suspenseful hunt for an abducted scientist who goes missing from Abruzzo's advanced, mountain top physics laboratory. There is now a fourth novel in the Commissario Stancato series, entitled Death Is Buried. It deals with the scourge of the dumping of toxic waste by the mafia clans in rural Italy. There is also a free-standing novel of a similar genre entitled The Curse of Collemaga (2019) - a story of modern-day witchcraft - based (loosely) on real-life events. Look up the titles on Amazon. You will be heading towards an entertaining reading experience full of Italian characters with all their foibles and idiosyncrasies. If you like Donna Leon and Andrea Camilleri, there is a good chance that you will enjoy reading my novels too. Richard Walmsley - 2020

Rosa Storelli
5.0 out of 5 stars From the piazza to the pizzica!
Reviewed in the United States 🇺🇸 on May 20, 2013
Verified Purchase
Having just returned from the area where the novel was set I found the story to be authentic as I could imagine vividly the scenes. The author managed to convey Italian culture, gender and age angst as well as passion romance and a serious political problem in a captivating and enchanting manner. I was amused as well as thrilled with the pace of the story, the depth of the portrayal of the characters and was left wanting more.......a terrific read!
Read more
Helpful
Report abuse

Pat
5.0 out of 5 stars Excellent book set in small town Italy
Reviewed in the United States 🇺🇸 on February 26, 2013
I felt as if I had been transported to Southern Italy as I read this unusual and well-written story. The characters were likeable and the story unusual and interesting. Anyone with experience of Italian culture will recognise the amusing incidents described in this book – and anyone who isn’t familiar with Italy will laugh helplessly too. The book gives an excellent insight into life in Italy and I would highly recommend it.
Read more
Helpful
Report abuse
See all reviews

J. D. Neville
5.0 out of 5 stars Another great book by Richard Warmsley
Reviewed in the United Kingdom 🇬🇧 on March 9, 2017
Verified Purchase
Really enjoying your books Richard. I Ike your style of writing. So pleased I came across them. Looking forward to more.
Read more
One person found this helpful
Report abuse

by the sea
1.0 out of 5 stars Tedious
Reviewed in the United Kingdom 🇬🇧 on August 24, 2020
Verified Purchase
The write up made it look good. However, it was quite tedious.
Read more
Report abuse

JJ
1.0 out of 5 stars Not for me
Reviewed in the United Kingdom 🇬🇧 on August 20, 2013
Verified Purchase
Poorly written, waste of money. I gave up reading this book after only a few pages as I was so frustrated by the standard of writing. Can't imagine why I bothered in the first place.
Read more
Report abuse
See all reviews
Report an issue
Does this item contain inappropriate content?
Report
Do you believe that this item violates a copyright?
Report
Does this item contain quality or formatting issues?
Report