You've subscribed to Grayson Friends! We will preorder your items within 24 hours of when they become available. When new books are released, we'll charge your default payment method for the lowest price available during the pre-order period.
Update your device or payment method, cancel individual pre-orders or your subscription at
Your Memberships & Subscriptions
There was an error. We were unable to process your subscription due to an error. Please refresh and try again. 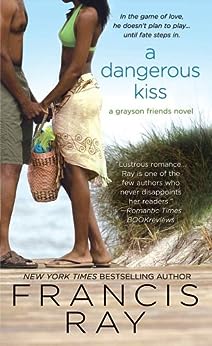 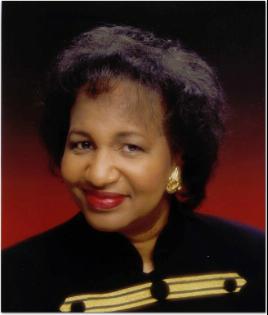 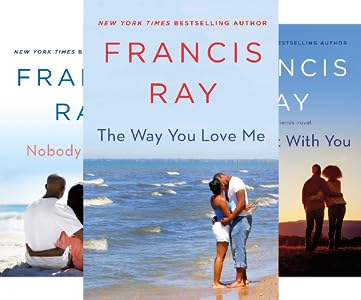 "The new Grayson Friends series is...told with such grace and affection...
a treat to read." --Romantic Times BOOKreviews

"That fact emphasizes the skill of the writing -- you are kept intrigued until the author is ready to deliver the gut punch. It's well worth the wait."--Romantic Times (4 1/2 stars)


"Fans will get a chance to check in with C.J. and Cecily (from WITH JUST ONE KISS) and see how the wedding plans are going, as well as visit with Dianna and Alex (from A SEDUCTIVE KISS).  A sweet friends-to-lovers romance with likable characters, don't miss A DANGEROUS KISS."-Jennifer Bishop, Romance Reviews Today

"Ray's continued success lies in part in her ability to write strong, believable and desirable heroes who are always equally paired with their heroines. A steady, sensual buildup of tension makes the story of Summer and Sin difficult to put down."-Patricia Woodside, Fresh Fiction --This text refers to an out of print or unavailable edition of this title.

Payton "Sin" Sinclair is a gorgeous sports consultant with a painful secret in A DANGEROUS KISS (06/26/12). --This text refers to an out of print or unavailable edition of this title.

Bestselling author Francis Ray will have fans cheering for the Grayson family's friends--when two perfectly-matched opponents go one-on-one...
--This text refers to an out of print or unavailable edition of this title.

Francis Ray (1944-2013) is the New York Times bestselling author of the Grayson novels, the Falcon books, the Taggart Brothers, and Twice the Temptation, among many other books. Her novel Incognito was made into a movie aired on BET. A native Texan, she was a graduate of Texas Woman's University and had a degree in nursing. Besides a writer, she was a school nurse practitioner with the Dallas Independent School District. She lived in Dallas. "Francis Ray is, without a doubt, one of the Queens of Romance." --Romance Review --This text refers to the paperback edition.

4.7 out of 5 stars
4.7 out of 5
71 global ratings
How are ratings calculated?
To calculate the overall star rating and percentage breakdown by star, we don’t use a simple average. Instead, our system considers things like how recent a review is and if the reviewer bought the item on Amazon. It also analyzes reviews to verify trustworthiness.
Top reviews

vabookreader
5.0 out of 5 stars Love knows no Boundaries
Reviewed in the United States on July 5, 2012
Verified Purchase
Dangerous Kiss was by far one of Francis Ray's more mature, heart wrenching and introspective books. I enjoyed this story of for better or for worse. When faced with a decision to walk away or stay and fight for a life that you know may be riddled with medical hardship is a tough decision.

Sin and summer have been really good friends for years. Lately when they are in each other's company, they begin to feel an intense attraction to each other they both try to fight. Summer owns a popular restaurant and Sin is a sports agent. While they both live hectic lives, they always seem to find time for each other. As always I liked hearing about what the characters from the previous book were up to in their lives.

Sin has a family secret that has prevented him from having any hope of having a wife and kids someday. As a result, he does not want to act on the new feelings she has for Summer. As hard as he tries to fight it Summer pushes him to take a risk on their love even if it is short term. She was a warrior when it came to fighting for a future with him Sin.

This emotional story moves at a fairly good pace. I was sucked into the story and the dilemma Sin found himself in. I would have liked more dialogue and development after Sin reveals his secret. You want these two to overcome at all costs. You will certainly want to talk about this book after you read it. Great job.

Shemah Wright
5.0 out of 5 stars Another Great Love Story!
Reviewed in the United States on June 28, 2012
Verified Purchase
This is the third installment in the Grayson friends, Kiss trilogy! A Dangerous Kiss is the story of Payton "Sin" Sinclair and Summer Radcliff. I have been waiting on their story since With Just One Kiss came out and Francis Ray did not disappoint. I could tell from the start that Summer was going to be the one to knock Sin's socks off and that is exactly what she did. Summer and Sin both have their problems but learned to work through them and see that love conquers all. This was my favorite story of the Kiss Trilogy and i hope we get to look forward to more of the Grayson friends books.
Read more
3 people found this helpful
Helpful
Report abuse

DetailQueen
5.0 out of 5 stars Get your Tissues ready....
Reviewed in the United States on June 29, 2012
Verified Purchase
This highly anticipated story did NOT dissapoint. I was bitting at my nails to finally read Sin's and Summer's romance. I love how we got to see the friendship develop into an everlasting love. There wer obstacles that got in the way...but they proved with love, trust, friendship and determination you can overcome. I cried my eyes out when Summer refused to let what she knew as the love of her life go. Very touching and inspiring story...Ms Ray did it again with her God-given talent. Oh and the secret that everyone wants to know....well you see....SIKE....go buy your own copy. I promise you won't be let down!!!!
Read more
6 people found this helpful
Helpful
Report abuse

Sha
4.0 out of 5 stars A good read
Reviewed in the United States on October 12, 2012
Verified Purchase
A Grayson friends series, the third installment of the Kiss trilogy. A Dangerous Kiss is the story of Payton "Sin" Sinclair and Summer Radcliff. Two friends that find love, despite Sin's secret that makes him fearful of any permanent relationship but love conquers all in the end.

I enjoyed watching the development of the romantic relationship. It was a touching and inspiring story. The beginning was a little slow but took off in the middle of the book. All in all I enjoyed the book more, once the story picked up. Francis Ray is one of the best contemporary writers and one of my favorite authors. I look forward to reading more of Frances Ray's books.

Nannie
5.0 out of 5 stars True Love Conquers All
Reviewed in the United States on June 29, 2012
Verified Purchase
I loved this book. Ms. Ray made me cry. Sin and Summer had a true love that stood the test of time. I figured out the problem, but love being the solution, conquered all. Its great when you fall in love with your best friend. Its even better when your male best friends stick closer than a brother. I read this book in one day and I'm already wanting to read it again. I give this book 5+ stars.
Read more
9 people found this helpful
Helpful
Report abuse

Della Woodall
5.0 out of 5 stars A kiss that found Love
Reviewed in the United States on September 6, 2014
Verified Purchase
I enjoy Francis Ray books. She writes mature stories filled with all the emotions that life offers. Love, pain, death, anger, frustration, emptiness, forgiveness,determination, redemption, etc. I selected this because I adored the Grayson Series and have become addicted to Francis Ray's writing. I highly recommend this book. I laughed, cried and enjoyed the relationships which encouraged the importance of friends, as well as family. The characters were strong and relatable.
Read more
Helpful
Report abuse

C Berry
3.0 out of 5 stars It was a good read, could have been better with a little work
Reviewed in the United States on June 28, 2012
Verified Purchase
After reading the first two installment of this series, I couldn't wait to read the story of Summer and Sin. I was a little let down by Sin's selfishness, it would seem that once he realized that he was in love with Summer. He would want to know more than ever about his health status. I also found the fact that during their sexual encounters, Summer never asked Sin about using brith control of any kind. I'll await Ms. Ray's next romance story, she is normally spot on with the details.
Read more
2 people found this helpful
Helpful
Report abuse

S. Greer
5.0 out of 5 stars Pleased
Reviewed in the United States on October 20, 2012
Verified Purchase
Francis Ray is by far one of the best out there, her characters pull you in and keep
you with them every step of the way. I'm there I vision what I read and Mrs Ray gives
you a great read, you don't want the story to end. I'm hopeful that she will give us
updates as to what the Grayson, Falcons, Taggarts and friends are up to. I recommed
that everyone should read Francis Ray books, A Dangerous Kiss and the other two in the
Grayson Friends saga are all great reads and rereads.