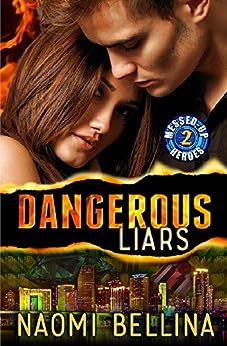 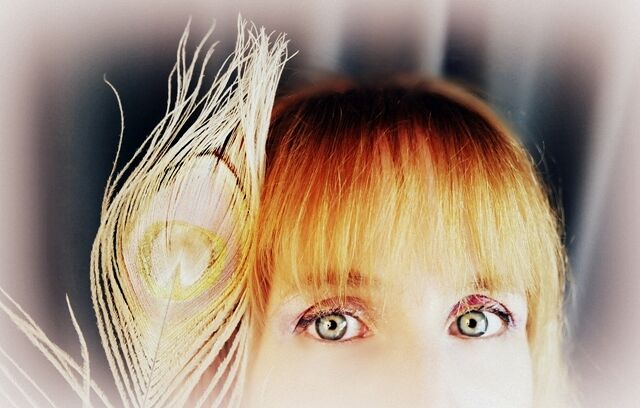 by Naomi Bellina (Author) Format: Kindle Edition
Book 2 of 3: Messed-Up Heroes Series
See all formats and editions
Sorry, there was a problem loading this page. Try again.
"A tangled web of a storyline that you won't want to put down!"

"This book was an interestingly different romance with a slightly futuristic bend... I found it engaging, and as I got deeper into the book, I was hooked."

To get the position he craves and keep a promise to a dying woman, he'll break his vow to go straight. One more harmless con that won't hurt anyone. She'll do whatever it takes to get her life back. A little lying, a lot of stealing. But weaving a web of deceit demands a price, and they're both about to pay.

Jaxon has a mission. Retrieve a valuable emerald for an entry fee and join Maxime, the most prestigious club in the Secure States of America. Guarantee safety for the boy he swore to protect. No problem, if his ex-thief, super-hacker friend Riley can lower the shield around an island where the stone is hidden. And when he discovers a purple-eyed woman who can make herself invisible, he adjusts his plans to include her skills.

But Violet has plans of her own, and a guy who can knock down a shield will fit in nicely. To get her disfiguring scars repaired and allow her to lead a normal life again, she needs access to another island, so when opportunity knocks, she grabs it. Even if it means telling a few lies. Or stealing. Or putting herself in the crosshairs of a pissed-off drug dealer.

Working with Riley again on the other side of the law fires up cravings Jaxon thought he'd suppressed, and he fights to escape the shadow of his notorious family. As Violet struggles to create the perfect future, demons from the past haunt her. Focusing on their goals and keeping their agendas hidden, they travel from Maine to Florida, fighting each other, and a battle with lust and love.

Each book in the Messed-Up Heroes series can be read as a stand-alone.

Naomi Bellina lives in sunny Florida with the love of her life and the world's chattiest cat. She became a romance author because her characters insist on falling madly in love. So she lets them. She writes romantic suspense, light science fiction, and paranormal romance. Her interests include dancing, motorcycle riding, drumming and creating healthy meals. Her motto: Never pass up the opportunity to have an adventure! Visit her at http: //www.naomibellina.com/ --This text refers to the paperback edition.

Naomi Bellina lives in sunny Florida with the love of her life and the world's chattiest cat. She became a romance author because her characters insist on falling madly in love. So she lets them. She writes romantic suspense, light science fiction, and paranormal romance. Her interests include dancing, motorcycle riding, drumming and creating healthy meals. Her motto: Never pass up the opportunity to have an adventure! Visit her at http://www.naomibellina.com/

Rich W
5.0 out of 5 stars Left me wanting more. Can't wait for book 3
Reviewed in the United States 🇺🇸 on January 17, 2018
Verified Purchase
Naomi Bellina continues the spell binding tale of four survivors and how they become allies, friends, ( and lovers ;), in the aftermath of a national catastrophe, and how they manage to "deal" with, and overcome, the consequences and circumstances the event has created in their lives. This is a riveting sci-fi disaster series with a happy ending and a plot that is futuristic, yet believeable. Naomi brings these characters to life and leaves me wanting more. Can't wait for book 3!
Read more
Helpful
Report abuse

jberg
4.0 out of 5 stars Untradional Dystopia
Reviewed in the United States 🇺🇸 on March 4, 2018
Verified Purchase
Naomi has written a very untradional dystopian romance. You like the heroes and just want to know how they are going to use their skills and powers to achieve the lives they desire.
Read more
Helpful
Report abuse

Pat W
4.0 out of 5 stars Enjoyable read....
Reviewed in the United States 🇺🇸 on April 10, 2017
Enjoyable read, story flowed and characters were believable. First book that I read by Naomi Bellina and I look forward to reading more from this author.

Danielle Urban
4.0 out of 5 stars Realistic characters with real issues...
Reviewed in the United States 🇺🇸 on April 11, 2017
Dangerous Liars by Naomi Bellina is a thrilling romantic tale. Suspense, intrigue, and adventure. Readers will be sucked in from the start. I definitely was. The charcaters are three-dimensional. Realistic with real world issues. Romance can't happen just when both needs to focus on their goals. Goals that involve lying and stealing to get to where they want to be. Each has a past that is full of darkness. Their present moments have a way of keeping readers, like myself, on the edge of our seats. Waiting to see what happen next...

Dangerous Liars is intense. The pacing is good. The troubles leave so many what if moments. I was constantly guessing as the plot kept moving. Romance full of risks. Naomi Bellina has talent in creating fictional worlds full of entertainment. Overall, I recommend this book to readers everywhere.
Read more
Helpful
Report abuse

Starwarslover
4.0 out of 5 stars enjoyable
Reviewed in the United States 🇺🇸 on April 11, 2017
This was amazing... the characters made me happy.. the writing was superb and wonderful. The storyline was very easy to follow and kept my interest while making me wonder what would be next. Very good and interesting story and i cant wait to see whats next. i am glad i got to review it
Read more
Helpful
Report abuse

Jennifer M Robins
3.0 out of 5 stars Not Quite My Cup of Tea. However...
Reviewed in the United States 🇺🇸 on April 10, 2017
When I first read the excerpt for Dangerous Liars I was really interested and was looking forward to reading this book. I started reading the book, however, I couldn't seem to find myself getting immersed in the book like I usually do. Even though for me, personally, it didn't suck me in, I would still recommend giving this book a shot. It has great/intriguing characters, great story line, great background, everything.