You've subscribed to DCI Jack Callum Mysteries! We will preorder your items within 24 hours of when they become available. When new books are released, we'll charge your default payment method for the lowest price available during the pre-order period.
Update your device or payment method, cancel individual pre-orders or your subscription at
Your Memberships & Subscriptions
There was an error. We were unable to process your subscription due to an error. Please refresh and try again. 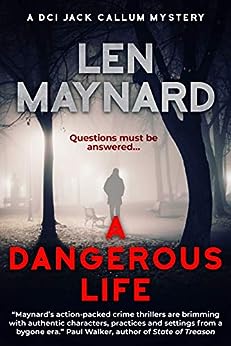 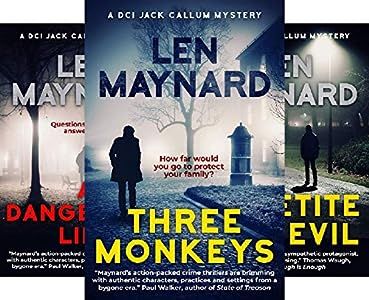 G-ma
4.0 out of 5 stars Very enjoyable
Reviewed in the United States on November 15, 2020
Verified Purchase
Good mystery and not gory or bloody.
Read more
Helpful
Report abuse
See all reviews

Presto
5.0 out of 5 stars Entertaining and relaxed read
Reviewed in the United Kingdom on August 3, 2020
Verified Purchase
I found this book most enjoyable and entertaining. Great plot and very well thought out. Kept me intrigued throughout. It was also witty and made me chuckle. I found the era of the 1950s interesting too. Definitely recommend for a relaxed read.
Read more
Report abuse

Kindle Customer
5.0 out of 5 stars A Dangerous Life
Reviewed in the United Kingdom on August 9, 2020
Verified Purchase
A great page turner, exciting throughout. I love the characters and the era, brings back many memories of the fifties and sixties and the way things were. I really feel I've got to know Jack Callum and his family and his colleagues at the station. Superb writing and characterisation. Looking forward to the next one.
Read more
Report abuse

B. Mitchell
5.0 out of 5 stars A good read
Reviewed in the United Kingdom on November 16, 2020
Verified Purchase
Second in the series and another good read.
Read more
Report abuse

carolyn
5.0 out of 5 stars Solving Crimes The Old Fashioned Way.
Reviewed in the United Kingdom on January 4, 2021
Verified Purchase
Gripping crimes refreshingly not solved using fancy modern technology.
Engaging characters, written at just the right pace.
Read more
Report abuse
See all reviews
Back to top
Get to Know Us
Make Money with Us
Amazon Payment Products
Let Us Help You
EnglishChoose a language for shopping. United StatesChoose a country/region for shopping.
© 1996-2021, Amazon.com, Inc. or its affiliates