You've subscribed to Paradise Series! We will preorder your items within 24 hours of when they become available. When new books are released, we'll charge your default payment method for the lowest price available during the pre-order period.
Update your device or payment method, cancel individual pre-orders or your subscription at
Your Memberships & Subscriptions
There was an error. We were unable to process your subscription due to an error. Please refresh and try again. 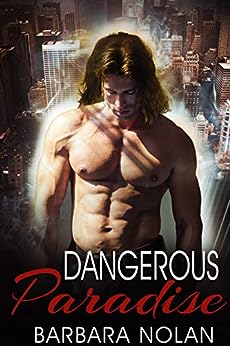 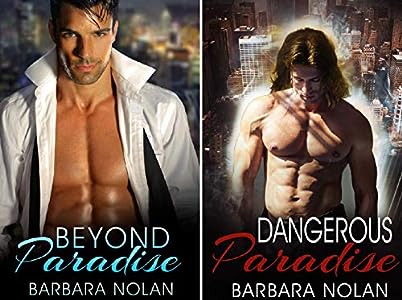 4.1 out of 5 stars
4.1 out of 5
63 global ratings
How are ratings calculated?
To calculate the overall star rating and percentage breakdown by star, we don’t use a simple average. Instead, our system considers things like how recent a review is and if the reviewer bought the item on Amazon. It also analyzes reviews to verify trustworthiness.
Top reviews

Diane DeMarco
5.0 out of 5 stars Couldn’t put the book down!
Reviewed in the United States on August 27, 2019
Verified Purchase
I love how you get so involved with the main character and then tortured when something happens to him. Amazing!
Read more
Helpful
Report abuse

charles smith
4.0 out of 5 stars Heiress and Bad Boy Romance
Reviewed in the United States on August 21, 2019
When one first encounters the protagonists they hardly seem suited and in fact are at the opposite ends of society. Eddie Morgan is the owner of Beyond Paradise one of the most successful nightclubs in Manhattan. Dressing in jeans and a painted t-shirt with cheap jewelry of significance only to him he is a gruff spoken though handsome muscled blonde blue-eyed man. Raised in foster homes since the age of five when he was taken from his drug addicted but loving mother who left him with just one thing - a pink lighter which he uses to light his cigarettes to this day at almost thirty. Paige Drake is indeed the scion of the famous hotel dynasty and is forging ahead to make her own mark in her long established wealthy beyond riches family. To this end she wants to hire Eddie to consult or help her with her clubs and hotels since he has the magic touch but Eddie isn't interested or so it seems. When the red headed beautiful elegant Harvard educated Paige finds out that he works on his Harley's in the garage below his penthouse building on Sunday evenings she ventures out of her chauffeured limo to walk through the oil smelling garage to find him and be gruffly rejected. But then as she walks away he invites her to ride with him on his bike and after a moment's reflection the gritty Paige tentatively accepts. It is fun to see how she sits astride the bike behind the muscular Eddie and having to hold on to him. How she has to tuck her coiffed red hair into a helmet and get into leather pants. Then Eddie takes her on a ride up to the Bronx stopping at a real biker's club. Again, it is awesome to see her stand up to tough challenging tattooed bikers and their gals. The story gradually leads us skeptical readers into becoming believers if only fictional but this is a really fun read and super sexy with the stunningly elite redhead Paige finding a down to earth love and sex with a real man. There are serious ups and downs, invites to Long Island North Shore estate parties, flights to Florence, fights in a seedy underground fighting arena in downtown New York and murder. I liked this so much that I want to read the first in this stand-alone series. Received this ARC and have voluntarily reviewed.
Read more
One person found this helpful
Helpful
Report abuse

XO2read
4.0 out of 5 stars Pretty good
Reviewed in the United States on August 21, 2019
A pretty good story. It kept me engaged. This is book 2 in the series but I haven’t read the first book. This story is about Jonny Vallens silent partner with his BF Eddie Morgan. Eddie Grew up in the foster care system but now he’s showed them all while he runs one of the hottest Nightclubs and in Manhattan no less. This club brings in all the wealthy from Wall Street to Broadway. His silent partner & BF Jonny are at the top of the A-List. Paige is the heiress to the Drake Hotel fortune. She is confident and beautiful and takes no prisoners. She is constantly told to be less then she is. She wants to renovate all the Clubs in the hotels but the men in her family don't think it's women's place. One day she tries to break up a fight with Wesley and they accidentally hit her in the face. Eddie and Paige have a connection but their from two very different worlds. I guess you could say they are opposites. He’s made it rich after coming from nothing and she’s come from wealth but still doesn't fit in. A decent read. I voluntarily received an arc copy of this book
Read more
Helpful
Report abuse

R. Huiszoon
4.0 out of 5 stars Love despite enormous gap in social background.
Reviewed in the United States on September 6, 2019
Barbara Nolan, ‘Dangerous Paradise’.

As an ARC reader I received this book for free. And promised an honest review. Here it is; unfortunately a bit later than planned. English isn’t my first language. Sorry for errors.

In general: Love despite enormous gap in social background .

Main characters:
- Eddie Morgan.
Owner of ‘Beyond Paradise’, an exclusive Manhattan nightclub. Selfmade man. Wealthy, living in a penthouse. In his free time he’s a biker and a redoubted fighter in the illegal circuit.

- Paige Drake.
Her family is ‘old money’. She wants to update the Drake Hotels chain and tries to learn how to run modern bars by visiting Eddie’s famous, successful nightclub a few times.

Eddie and Paige meet in his nightclub after Paige got involved in an incident with some of her rich, drunken friends. Eddie solved the problem quickly but ruined his favorite t-shirt. Paige enters his office to thank him and admires his tattooed, chiseled torso when he’s changing shirts. And Eddie likes the sharp, gorgeous redhead. So they meet again, she rides on his Harley and they kiss, but Paige (dressed as a biker chick) tells him he will not fit in her social class. Eddie reacts angry and she dares him to visit a Drake dinner party.

Then the author, Barbara Nolan, describes the development of their relationship. It’s complicated by misinterpretations of the things they say and both having the same problems keeping the Russian mob out of their business. Paige while updating the Drake Hotel bars and Eddie trying to keep his nightclub free of drug dealers.
The story has an interesting plot with hot sex scenes, exciting action and unexpected developments. A page turner. But for me it wasn’t quite clear how an intelligent, sassy and confident woman can be manipulated into accepting a marriage proposal of a man she not really loves. Accepting his help in her firm? Oke, but marriage??
All in all, for me the book was a pleasure to read.

Christyn
4.0 out of 5 stars Loved Paige and Eddie
Reviewed in the United States on August 21, 2019
Loved this. Such a good one. The plot, the characters both primary and supporting, the intimacy, the suspense and intrigue, the HEA - all made this amazing. The technique of learning more and more about each character as you read adding more complexity in both character development and plot lines was brilliant and made me not put this one down. I was rooting for Paige and Eddie in all of their flawed glory! This is a must read. I received a copy of this novel for an honest review.
Read more
One person found this helpful
Helpful
Report abuse
See all reviews