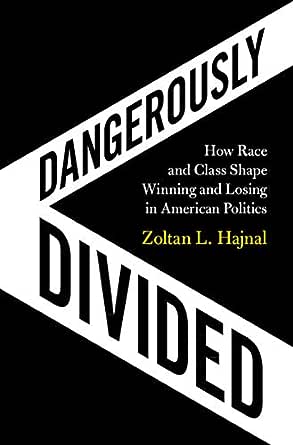 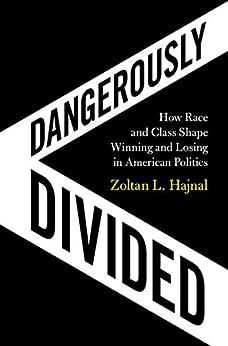 Hanging in the balance is the fate of both American democracy and America’s racial and ethnic minority populations.

Race, more than class or any other factor, determines who wins and who loses in American democracy. --This text refers to the paperback edition.

'This is an authoritative, systematic, and important book that will be an agenda setter for years to come. The arguments are powerful and frequently counter-intuitive.' Paul Frymer, Princeton University, New Jersey

'Both within and beyond academe, most acknowledge the centrality of race to American politics. Somehow, however, most of the leading analysts of the American political scene fail to appreciate the ways in which race structures the outcomes of American democracy as well. They go on and on about class, while race (and racism) is relegated to the sidelines. In this much-needed and deft analysis, Hajnal corrects this 'oversight' and provides irrefutable evidence that race-based disparities tell us more about winners and losers in American democracy than do, say, middle-class versus working-class divisions. In these troubled times, Dangerously Divided is essential reading for those who are serious about working toward a more perfect union.' Christopher Sebastian Parker, University of Washington

'Dangerously Divided is a powerful and convincing account of the fundamental role that race plays in American politics. At all levels of government, across varied institutional settings, and over time, Hajnal demonstrates that divisions by race eclipse other potential cleavages. Consequently, whites tend to win in elections and in policy making, while people of color lose.' Jessica Trounstine, University of California, Merced

'Using a novel research design, Zoltan L. Hajnal convincingly demonstrates that race has replaced class as the main dividing line in American politics, and that immigration has become a major contributor to this divide - triggering a backlash that has increased white defections from the Democratic Party. Hajnal's insights on the political impact of the nation's changing demographics, including whether the current anti-immigrant strategy will eventually backfire, make Dangerously Divided a must-read.' William Julius Wilson, author of The Truly Disadvantaged

'A deep dive into ... how racial division fuels our politics and shapes our day-to-day lives ... [Hajnal] expresses himself so simply and clearly in the body of the book that even a journalist can understand him.' Jim Schutze, The Dallas Observer --This text refers to the hardcover edition.

Zoltan L. Hajnal is Professor of Political Science at the University of California, San Diego. He is the author of the award-winning books White Backlash (with Marisa Abrajano, 2015), Why Americans Don't Join the Party (with Taeku Lee, 2011), and America's Uneven Democracy (Cambridge, 2009), and has published op-eds in the New York Times, the Washington Post, and the Wall Street Journal. He is actively involved in voting rights litigation and local election law reform. --This text refers to the hardcover edition.

Dangerously Divided is for scholars, lay readers, journalists, and policy makers who are interested in American politics, race and ethnicity, class and inequality, US elections, representation, partisanship, and polarization. It is essential reading for understanding the underlying contours of contemporary American politics. --This text refers to the hardcover edition.
Read more

4.8 out of 5 stars
4.8 out of 5
6 global ratings
How are ratings calculated?
To calculate the overall star rating and percentage breakdown by star, we don’t use a simple average. Instead, our system considers things like how recent a review is and if the reviewer bought the item on Amazon. It also analyzes reviews to verify trustworthiness.

Jensen Parr
5.0 out of 5 stars Group differences are not accounting for individuals!
Reviewed in the United States on May 29, 2020
Verified Purchase
It is naive to think that representation in America does predict political makeup. Examples where race doesn’t determine a candidates voters are Dr. Carson who won few if any African Americans and Sens. Rubio and Cruz who are not popular with Latino constituents. Affirmative action should include popularity with minorities and it does increasingly for some, yet not Republicans. Moreover, the times they are a changing: will the Republicans change or not?
We are sadly over represented in government by white voters. Elections mean who wins policy and economics. Sadly wealthy and white people are nearly consistent winners. Not for long. Latinos will galvanize?
Zoltan L. Hajnal says the future is bright my friends because white people will be the minority soon because of immigration. Republicans will win more white people if they continue to stoke fears about immigrants. Roughly 5% of the Obama voters that chose Trump were possibly voting in defense of white privilege. There is a psychological phenomenon where people identify with their race not economic status. Voting Republican means you should win on policy. Due to ballot victories, the almost all white Republicans have been responsible for the demise of civil rights and progress. The Grand Old Party was once thought of as the party of the rich. Read to find out if still true!
Read more