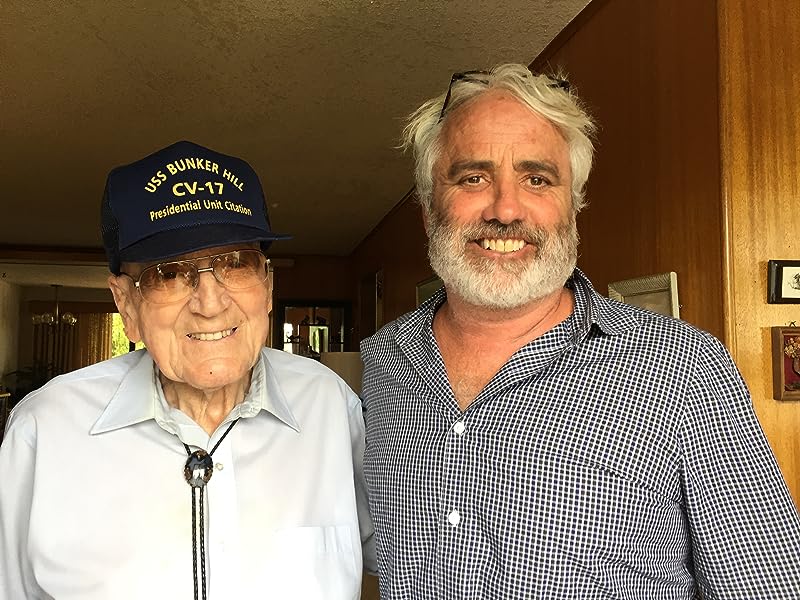 Danger's Hour: The Story of the USS Bunker Hill and the Kamikaze Pilot Who Crippled Her Hardcover – November 11, 2008

The U.S. aircraft carrier Bunker Hill and the Japanese kamikazes that struck her on May 11, 1945, embodied two fundamentally different approaches not only to war but to life, according to Kennedy. The Bunker Hill manifested American material power, and its civilian sailors reflected the determination of a nation to punish Japan's aggression with total victory. The pilots of the Divine Wind (or kamikaze) , on the other hand, represented a philosophical and spiritual response, an epic of pride, honor and virility. And when the kamikazes struck the Bunker Hill, it seemed for a time that a few determined men could frustrate American power, killing almost 400 Americans and wounding another 250. In what he views as a relevant lesson for the age of terror, Kennedy (Make Gentle the Life of This World) explores how an individual's desire to live can be so successfully suppressed that he will train for certain death. The author combines extensive archival research with interviews of American and Japanese participants in a spellbinding account showing that much more than geopolitics was at stake in the Pacific war. Photos. (Nov. 4)
Copyright © Reed Business Information, a division of Reed Elsevier Inc. All rights reserved.

A photo, a poem, a partial name tag: these war souvenirs taken from a Japanese corpse by a sailor on the aircraft carrier USS Bunker Hill enabled identification of the ship’s kamikaze attacker. For this account of the agony of the Bunker Hill, author Kennedy reconstructed the brief life of Kiyoshi Ogawa. Pictures of the apparently happy young man, a university-student draftee, aid Kennedy’s intent to depict pressure on his like to volunteer for imperial Japan’s aerial suicide squads. Setting the stage for battle, Kennedy describes the naval architecture of the Bunker Hill and the functions of a World War II aircraft carrier; provides biographies of several of her crew; and discusses combat operations off Okinawa in which she was engaged on the day of Ogawa’s dive, May 11, 1945. Photographs grimly document the result; Kennedy’s text covers the struggle to save the ship, succor her injured, and bury her dead. Solid in the disaster-at-sea department, Kennedy’s book, with its original slant on Ogawa, will be of particular interest to the WWII readership. --Gilbert Taylor

Maxwell Taylor Kennedy graduated from Harvard University and the University of Virginia School of Law. He taught environmental studies at Boston College, where he cofounded the Urban Ecology Institute. Mr. Kennedy served as a prosecutor for three years before he collected and edited his first book, Make Gentle the Life of This World: The Vision of Robert Kennedy. Maxwell Taylor Kennedy is an avid scuba diver and co-led an expedition that located the wrecks of a fleet of pirate ships off Venezuela. He also participated in the National Geographic Explorers search for PT 109. A devoted maritime historian, Mr. Kennedy is currently an Associate Scholar of the John Carter Brown Library, a Center for Advanced Research in History and the Humanities at Brown University. He lives in Los Angeles with his wife, Vicki, and their children, Maxey, Summer, and Noah.
Read more