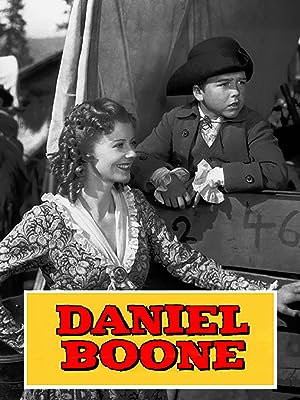 MackReviewed in the United States on September 19, 2019
1.0 out of 5 stars
Very Anachronistic
Verified purchase
Well, what really threw me off about this movie was the weapons used, more specifically, the rifles. Daniel and everyone else carried Trapdoor Springfield rifles, breech-loading guns that were invented right around our Civil War, almost 100 years after the events taking place in the movie. Everyone should have been armed with muzzle loading Flintlock rifles. You can really get a good look at the breech end of Daniel's rifle during the attack on the fort, when Daniel has 2 closeups where he is aiming and firing rifles. When I see such a glaring error in a movie, I can't take the rest seriously. Call me picky, but Hollywood never seemed to give movie goers credit for knowing anything about history, and thought they could foist anything off on the public.
7 people found this helpful

Scott JohnsonReviewed in the United States on March 28, 2002
5.0 out of 5 stars
THE DAYS OF YESTERYEAR
Verified purchase
As several have said, Fess Parker was a better Daniel Boone than a Davy Crockett. Oh well, he was Davy only four or five times, and Daniel about SIX YEARS. Practice does make perfect. This is a good video for nostalgic reasons and fairly believable acting. If you are a historian who nitpicks about accuracy, then don't watch. It was amazing to see Plains TeePees intermingled with East Coast wigwams. Some of the tribal costume was out of place as well. Oh yes, some of the "Indians" needed a little more berry juice for complexion.
Other than that, this is an excellent video. It is very family oriented(Daniel does not take the Indian wife that is offered to him because Becky is waiting back home), his family always runs to meet him, and gets angry if he has to leave again. He tells stories to his children, and sings to the Missus.
Yes, there is some violence and killing and probably excessive, but Dan'l doesn't kill unless it is to protect someone, and tries avoid it if possible.
These things just are not done in films today, and if they are attempted they just don't have the same spirit.
This video(may there soon be more!!) also gives our children a chanced to see a program that excited us when we were young. everyone has seen all the Peanuts cartoons, and odds and ends of famous sci-fi, but this is a simpler life video.
It is also great to see familiar faces we haven't heard from in years like Ed Ames, and did anyone notice George "Goober Pyle" Lindsay up on the stockade wall during the battle?
AHHHH for the days of clean, if very inaccurrate historical stories. Yes we were very prejudiced in those days, but I think things like this were the beginning of racial acceptance.

Mr. W. ROGERSReviewed in the United States on September 18, 2009
3.0 out of 5 stars
Daniel Boone
Verified purchase
this is a good movie but bad on parts with print and sound but it is an old movie of the 30s but I do put it down to the quality of the disc . if its a good movie why do the companies turn them out on cheap disc and if its worth watching then its worth puting onto a good disc the story is very good and George O ' Brian is a great actor and always has a smile in his acting, for the price it could be better . maybe one day they will turn out a better copy. lets hope so. I will say It was a shame to have to return it as I do like O' BRIAN in westerns. I will keep searching for a better label
3 people found this helpful

Ms. Debbie VailesReviewed in the United States on April 28, 2008
5.0 out of 5 stars
ol' danl'
Verified purchase
Watched as a child in black and white. Looked forward to the night it came on, can't recall which night, and our entire family watched it. Ordered seasons 1 & 2 and am delighted that my 7 & 8 year old grandsons love to come over to watch "Ol' Danl'". Planning to order other seasons soon. Background is clearly not Kentucky,,,rather as one writer stated in the west. Today tv might be more geographically accurate, but the history and watching the birth of our great nation helps to birth American pride in this younger generation, as was planted in us boomers. Maybe that's part of the problem. Our children aren't exposed to things that generate pride in America. We are still America!! Or is that politically incorrect!!? I say,,,as do many of us who won't stand up...LET'S TAKE OUR COUNTRY BACK. DON'T LIKE IT HERE? GET OUT!!!
One person found this helpful

Sarge71467Reviewed in the United States on September 25, 2015
3.0 out of 5 stars
Old but good building and settling Cumberland Road
Verified purchase
Ok older movie from the 30s. Black and white. The fort looked original and the wagons crossing the river was wild.as far,as history; the story was not as extensive as I wanted. I wanted to see when Daniel Boone was issued land grant in Missouri. This movie covered the Cumberland Road. I liked the renegade white trapper that with Indians attached the white settlers
2 people found this helpful

PegReviewed in the United States on August 4, 2020
5.0 out of 5 stars
Worth watching
Verified purchase
Excellent acting, music, and screenplay

K. L. FowlerReviewed in the United States on July 20, 2017
4.0 out of 5 stars
A look at early America.
Verified purchase
This is an old film, with some deterioration in it, so it is not pristine like modern films. The story is about settler families moving west in early America and their problems with thieves and unscrupulous business people, who stole their new land before they had time to put in their legal claims.
One person found this helpful

The way movies should be.
4 people found this helpful
See all reviews
Back to top
Get to Know Us
Make Money with Us
Amazon Payment Products
Let Us Help You
EnglishChoose a language for shopping. United StatesChoose a country/region for shopping.
© 1996-2022, Amazon.com, Inc. or its affiliates