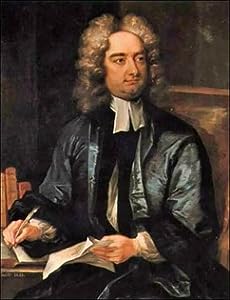 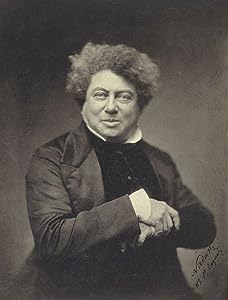 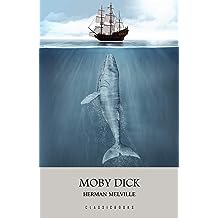 Moby Dick Oct 18, 2021
by Herman Melville
( 7,030 )
$1.99
A masterpiece of storytelling, this epic saga pits Ahab, a brooding and fantastical sea captain, against the great white whale that crippled him. In telling the tale of Ahab's passion for revenge and the fateful voyage that ensued, Melville produced far more than the narrative of a hair-raising journey; Moby-Dick is a tale for the ages that sounds the deepest depths of the human soul.
Interspersed with graphic sketches of life aboard a whaling vessel, and a wealth of information on whales and 19th-century whaling, Melville's greatest work presents an imaginative and thrilling picture of life at sea, as well as a portrait of heroic determination. The author's keen powers of observation and firsthand knowledge of shipboard life (he served aboard a whaler himself) were key ingredients in crafting a maritime story that dramatically examines the conflict between man and nature.
“A valuable addition to the literature of the day,” said American journalist Horace Greeley on the publication of Moby-Dick in 1851 — a classic piece of understatement about a literary classic now considered by many as “the great American novel.” Read and pondered by generations, the novel remains an unsurpassed account of the ultimate human struggle against the indifference of nature and the awful power of fate.
Read more
Other Formats: Kindle , Audible Audiobook , Hardcover , Paperback , Mass Market Paperback , Audio CD , Flexibound 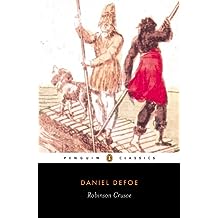 'Robinson Crusoe has a universal appeal, a story that goes right to the core of existence' Simon Armitage

Daniel Defoe's Robinson Crusoe, regarded by many to be first novel in English, is also the original tale of a castaway struggling to survive on a remote desert island.

The sole survivor of a shipwreck, Robinson Crusoe is washed up on a desert island. In his journal he chronicles his daily battle to stay alive, as he conquers isolation, fashions shelter and clothes, enlists the help of a native islander who he names 'Friday', and fights off cannibals and mutineers. Written in an age of exploration and enterprise, it has been variously interpreted as an embodiment of British imperialist values, as a portrayal of 'natural man', or as a moral fable. But above all is a brilliant narrative, depicting Crusoe's transformation from terrified survivor to self-sufficient master of an island.

This edition contains a full chronology of Defoe's life and times, explanatory notes, glossary and a critical introduction discussing Robinson Crusoe as a pioneering work of modern psychological realism.

Edited with an introduction and notes by John Richetti. 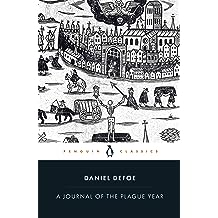 In 1665 the plague swept through London, claiming over 97,000 lives. Daniel Defoe was just five at the time of the plague, but he later called on his own memories, as well as his writing experience, to create this vivid chronicle of the epidemic and its victims. 'A Journal' (1722) follows Defoe's fictional narrator as he traces the devastating progress of the plague through the streets of London. Here we see a city transformed: some of its streets suspiciously empty, some - with crosses on their doors - overwhelmingly full of the sounds and smells of human suffering. And every living citizen he meets has a horrifying story that demands to be heard. 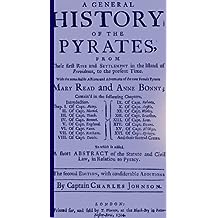 A General History of the Pyrates Aug 25, 2012
by Daniel Defoe
( 319 )
$0.99
Excerpt:
God save the KING.
Before Governor Rogers went over, the Proclamation was sent to them, which they took as Teague took the Covenant, that is, they made Prize of the Ship and Proclamation too; however, they sent for those who were out a Cruising, and called a general Council, but there was so much Noise and Glamour, that nothing could be agreed on; some were for fortifying the Island, to stand upon their own Terms, and Treating with the Government upon the Foot of a Commonwealth; others were also for strengthening the Island for their own Security, but were not strenuous for these Punctillios, so that they might have a general Pardon, without being obliged to make any Restitution, and to retire, with all their Effects, to the neighbouring British Plantations
Read more
Other Formats: Hardcover , Paperback , MP3 CD 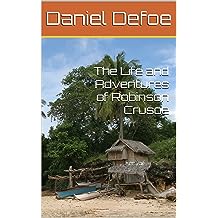 The Life and Adventures of Robinson Crusoe Oct 16, 2021
by Daniel Defoe
( 85 )
$4.40
Robinson Crusoe is a novel by Daniel Defoe, first published on 25 April 1719. The first edition credited the work's protagonist Robinson Crusoe as its author, leading many readers to believe he was a real person and the book a travelogue of true incidents
Read more
Other Formats: Kindle , Audible Audiobook , Hardcover , Paperback , Audio CD 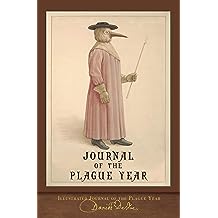 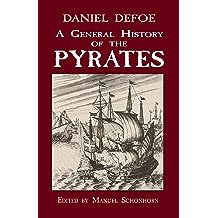 Famed for his enduring fictional masterpieces Robinson Crusoe and Moll Flanders, Daniel Defoe also possessed considerable expertise in maritime affairs. As a commission merchant, importer, shipowner, and an active journalist who reported "ship news" and interviewed surviving pirates, Defoe achieved a high degree of authority on the subject of buccaneers. His knowledge was such that his book, A General History of the Pyrates, remains the major source of information about piracy in the first quarter of the 18th century.
Reprinted here in its entirety, this fascinating history abounds in tales of flamboyant outlaws and their bloody deeds: Captain Edward Teach, alias Blackbeard; Captain William Kidd, whose trial and execution created a sensation throughout London and the world; Bartholomew Roberts, one of the most successful pirates of the era, whose crews captured an estimated 400 prizes in three years; Mary Read and Anne Bonny, who disguised themselves as men to sail under the Jolly Roger with the ill-fated Captain John Rackham; and many more.
An engrossing blend of fact and fiction — incorporating Defoe's celebrated flair for journalistic detail — these lively tales of seafaring rogues and rascals and their ill-gotten gains will captivate armchair sailors, maritime enthusiasts and any lover of adventure on the high seas. This unique work has been edited by noted scholar Manuel Schonhorn, who has also supplied a provocative Postscript to the Dover Edition offering insights into the vast popularity of this subject in today's theater, movies, TV specials, magazine articles, lavish books, and maritime exhibitions. In an added "Note on the Author and the Text," Professor Schonhorn also examines the arguments for and against Defoe's very authorship of this important book. 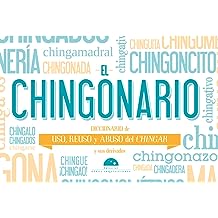 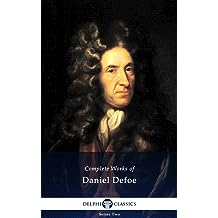 Delphi Complete Works of Daniel Defoe (Illustrated) Jan 28, 2012
by Daniel Defoe, Delphi Classics
( 47 )
$1.99
Widely regarded as the Father of the Novel, Daniel Defoe is a paramount literary figure, who deserves a place in all digital libraries. This comprehensive eBook offers readers the complete FICTIONAL works, with a wide range of non-fiction works too.

Features:
* concise introductions to the novels and other works
* images of how the pamphlets first appeared, giving your Kindle a taste of the original texts
* the complete novels and shorter fiction
* ROBINSON CRUSOE and other novels are fully illustrated
* packed full of images relating to Defoe’s life, works, places and film adaptations
* EVEN includes Defoe’s poetry and travel works
* includes all three volumes of Defoe’s enormous travel work A TOUR THRO’ THE WHOLE ISLAND OF GREAT BRITAIN
* rare pamphlets and essays
* features the BONUS text of William Minto’s biography of Defoe – explore the writer’s literary world!
* scholarly ordering of texts in chronological order and literary genres, allowing easy navigation around Defoe’s immense oeuvre

Please note: due to the scarcity of some non-fiction works, this is a complete FICTIONAL works of Defoe, with a generous selection of non-fiction texts. As soon as other texts become available, they will be added as free updates for customers who have already purchased this eBook.

The Shorter Fiction
THE CONSOLIDATOR
A TRUE RELATION OF THE APPARITION OF ONE MRS. VEAL
ATLANTIS MAJOR
A SHORT NARRATIVE OF HIS GRACE JOHN, D. OF MARLBOROGH
THE KING OF PIRATES
DICKORY CRONKE
MEMOIRS OF A CAVALIER
THE MEMOIRS OF MAJOR ALEXANDER RAMKINS
THE HISTORY OF THE LIFE AND ADVENTURES OF MR. DUNCAN CAMPBELL
THE PIRATE GOW
THE HISTORY OF THE REMARKABLE LIFE OF JOHN SHEPPARD
THE MILITARY MEMOIRS OF CAPTAIN GEORGE CARLETON
THE HISTORY OF THE PYRATES

The Poetry
THE TRUE-BORN ENGLISHMAN
HYMN TO THE PILLORY 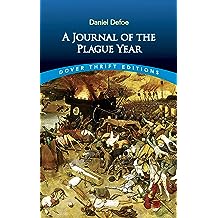 The haunting cry of "Bring out your dead!" by a bell-ringing collector of 17th-century plague victims has filled readers across the centuries with cold terror. The chilling cry survives in historical consciousness largely as a result of this classic 1722 account of the epidemic of bubonic plague — known as the Black Death — that ravaged England in 1664–1665.
Actually written nearly 60 years later by Daniel Defoe, the Journal is narrated by a Londoner named "H. F.," who allegedly lived through the devastating effects of the pestilence and produced this eye witness account. Drawing on his considerable talents as both journalist and novelist, Defoe reconstructed events both historically and fictionally, incorporating realistic, memorable details that enable the novel to surpass even firsthand accounts in its air of authenticity. This verisimilitude is all the more remarkable since Defoe was only five years old when the actual events took place. Long a staple of college literature courses, A Journal of the Plague Year will fascinate students, teachers, and general readers alike. 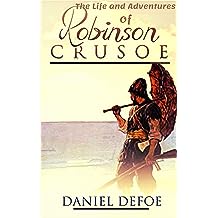 Robinson Crusoe: Original Classic Novel Oct 16, 2021
by Daniel Defoe
( 9 )
$4.99
Escape the Island of Despair with Robinson Crusoe!
Pirates, shipwrecks, and being stranded on an island doesn’t stop Robinson Crusoe in his quest for adventure on the high seas. Originally presented as a true account, Daniel Defoe’s novel made quite a stir in 1719 and became one of the most widely published books in history, spawning enough imitations that it inspired its own genre, the Robinsonade. Bound in a beautiful cloth cover with full-color illustrations inside and foil stamping on the front, this exciting volume in our Illustrated Classics series will be a welcome addition to any home library.
Read more
Other Formats: Kindle , Hardcover , Paperback 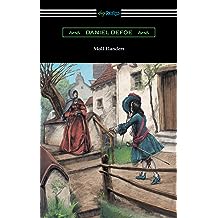 Moll Flanders Feb 8, 2019
by Daniel Defoe
( 140 )
$4.49
First published in 1722, Daniel Defoe’s “Moll Flanders” is the classic and tragic morality tale of its title character. Based in part on the true story of a female criminal that Defoe met in Newgate Prison, Moll Flanders is the daughter of a convict and is driven by a singular ambition, to raise her station in life, by any means necessary. In the process of trying to lift herself out of squalor and become a lady she is married several times, abandons her many children, and eventually resorts to thievery and prostitution in her constant quest for a better life. Bad luck and poor judgment plague Moll at every turn and at one point she discovers she has inadvertently married her own half-brother. Eventually convicted of theft, Moll is transported to the new world where she finally begins to turn her life around. Moll is able to redeem herself, repair many of her fractured relationships, and finds love and a new life of prosperity in the Colonies. One of Defoe’s best and most loved works, “Moll Flanders,” is both the story of a fascinating and complicated woman and ultimately a tale of remorse and redemption. This edition includes a biographical afterword.
Read more
Other Formats: Audible Audiobook , Hardcover , Paperback , Mass Market Paperback , MP3 CD