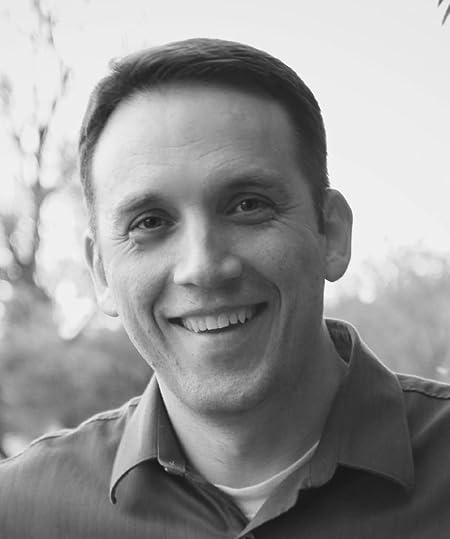 The Christmas I was six, I snuck into a hallway to listen at the bannister as my parents discussed presents in the living room below.

When my parents heard me, they switched into German. That was when I fell in love with language.

I was already hooked on stories by this time. I have memories of "Where the Wild Things Are" and "The Monster at the End of This Book" from the dim years before kindergarten, and I recall my parents reading us "The Lion, the Witch, and the Wardrobe" and "The Jungle Book" over and over again. "Richer than I you can never be..." :-)

Some interesting things about me that may or may not have anything to do with my writing:

I married my wife on our first date. (True story. Sadie Hawkins. There was a "preacher" and a bale of hay right in front of where the couples stood to get their picture taken. We got a tin ring and a certificate that said, "This here certifies that the two of these folks is hitched until one of 'em gits away." The rest is history.)

My bucket list includes swimming with great white sharks off the coast of South Africa.

I have a newspaper clipping that erroneously reports my kidnapping. (Another true but long story. I was 4. Happy ending. Maybe I'll blog about it sometime.)

I've dislocated a shoulder, broken my big toe, impaled my foot on nails, suffered multiple concussions, cracked my jaw, ripped open my forehead and chin, had some truly awe-inspiring bike catastrophes, taken a baseball bat to the chest (swung by a brawny man with gusto), sunk partway through the ice on an isolated and frozen lake, nearly passed out choking several times, been in multiple car crashes, and generally been accident-prone and far luckier than I deserve. Lots and lots of stitches, but no serious after-effects except the brain damage. :-)

I lived in 21 places before I turned 18. I've been to about 45 of the 50 states. I've travelled to Mexico, Canada, Brazil, Paraguay, Uruguay, Argentina, Peru, Taiwan, Japan, Sweden, the Netherlands, Austria, Germany, and Italy.

I was a missionary in New Mexico and Texas. I spent time on the Mexican border and travelled around the Navajo, Zuni, and Hopi reservations in the four corners area. I speak fluent Spanish. (Well, I used to; the DJs on latino radio stations make my head spin with their machine-gun speed; maybe I'm getting rusty...) 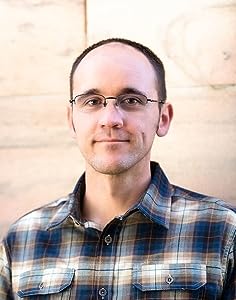 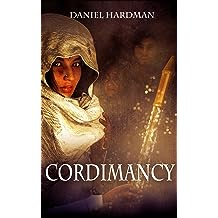 Cordimancy Dec 14, 2015
by Daniel Hardman
( 7 )
$2.99
Toril and Malena barely complete wedding vows before their future crumbles. War ignites the borderlands; conspiracy stalks the young clan chief. Attackers raze their town, assaulting Malena and leaving her near death. Whoever commissioned the violence kidnaps dozens of children, with plans to sacrifice them in taboo acts of blood magic.

Legend says an ordeal might give the couple power to fight back--but its price is as mythic as its potency... Can they battle real and inner demons, sacrifice prized dreams, trust each other, and tap the greatest magic of all in their quest to put things right?

----
Cordimancy is a character-rich fantasy novel with a totally fresh milieu. Against a backdrop of high-stakes action, it explores themes such as hope in the face of grief, the true nature of forgiveness, the foundations of meaningful romance, and how to understand and accept the self and others.
Read more
Other Formats: Paperback 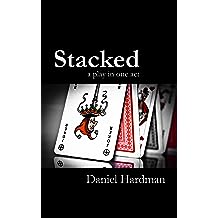 Stacked: a play in one act Dec 16, 2012
by Daniel Hardman
$0.99
Are human beings doomed to muddle through a dreary existence, bereft of hope? Can we do better than put a brave face on it, as Camus recommended in "The Myth of Sysiphus"?

In this classic response to existential favorites such as "Waiting for Godot" and "Rosencrantz and Guildenstern Are Dead", two actors wrestle with science, religion, an unseen director, and their own choices about how they'll interpret the script they've been given.

Eminently readable and easy to stage, this edition of the play now includes discussion questions for classroom learning and book groups.
Read more 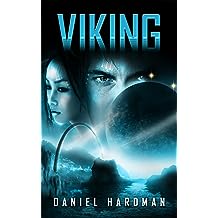 Viking Dec 11, 2012
by Daniel Hardman
( 40 )
$2.99
Rafa thinks he's safe in witness protection until a former FBI partner is murdered, and he's arrested for the crime. Has he been set up?

He can't divulge enough truth to get off--it would endanger his new family. Sentenced to life in prison and heartbroken by his wife's rejection, he trades cell time for a one-way ticket off-planet and becomes a disposable employee for a company prospecting the galactic frontier.

Explorers get implants that transmit their neural impulses back to scientists on Earth, providing a vicarious reality of sight and sound. They are nicknamed “vikings,” and on most assignments they die quickly.

But Rafa’s mission turns out to be far from ordinary. His employer is up to something, and so are his old connections in crime and law enforcement. Can Rafa survive alien wilds and his harsh crewmates? What secret is driving the manipulations of his human puppeteers?
Read more
Other Formats: Audible Audiobook , Paperback