Daniel J. Lyons is a life-long fan of science fiction and fantasy, starting with Star Trek and the works of Isaac Asimov, who grew up along the east coast of the U.S. as a Navy brat before settling in Massachusetts. He started writing fan fiction in high school then earned a degree in journalism with a minor in creative writing before unexpectedly focusing on a career as an IT professional, eventually specializing in web and mobile communication.

He can be found on the web at DansFormers.info. 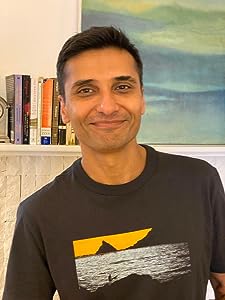 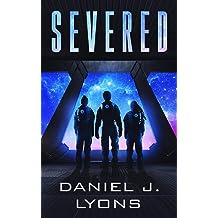 After exhausting planet Earth, humanity has moved out to live "on the stars."

With your closest neighbor lightyears away, the "on the stars" lifestyle guarantees a level of privacy unmatched in human history. But even ultimate privacy doesn't need to come at a cost when modern technology can instantly whisk you back to civilization.

But when that modern technology unexpectedly fails, three private vessels find themselves completely unprepared for the isolation that follows. The three crews have very different strategies to cope with a radical change to the status quo.

Will they have the supplies and wherewithal to survive the weeks and months that it will take to get back to civilization?

Severed was written while sheltering in place during the COVID-19 pandemic. It is both therapy for and a reaction to the author's experiences during the onset of the virus and explores how regular people react during a crisis. 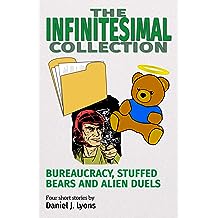 "A Visit to the Licensing Department" - a science fiction story about what life might be like if human lives were cheapened to the point where they could be taken legally as long as you get the correct permit.

"The Busiest Workday" - a speculative fiction story told by a mid-level angel that attempts to answer the question will bureaucracy ever end? by documenting the heavenly aftermath of the apocalypse.

"Come Around Here Often?" - a science fiction story told by Captain Wilson Banski who, after an enemy attack destroys his ship, deals with misadventure and cultural misunderstandings after his escape pod lands on an alien planet.

"Best Friend Bears" - a fiction piece told by Sarah about growing up with her best friend Ann and their special pair of stuffed bears.

The collection and each story features an introduction from the author offering a peak at how they came to be.
Read more
Other Formats: Paperback