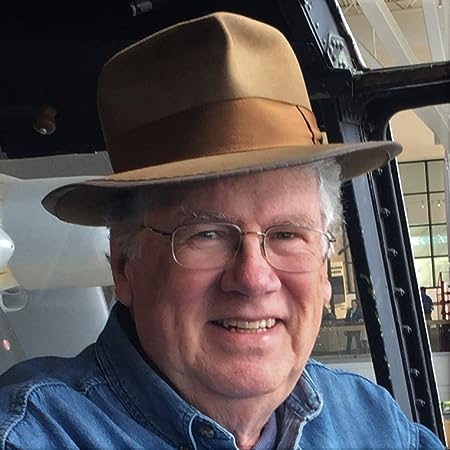 Logan and his wife, Connie, live in Houston, America's "Space City," home of the Johnson Space Center. Whether at the controls of the legendary Spruce Goose or his own aircraft, Logan is fascinated by aviation and space and time.

Logan began pursuing his writing interest with his Ancient Secrets series of time-travel novels, The First Migration, The Lost Portal, and The Spirit Gate.

Logan then began a Deep Space Travel series with the novel, The Phobos Expedition, about a NASA mission to the tiny Martian moon, Phobos, and the stunning discovery about its origin.

In the book, Logan melds the western heritage of Texas and NASA’s space program into an exciting tale of intrigue.

His second book in the Deep Space Travel series, The Deimos Incident, has just been released. A catastrophe originating on the smaller Martian moon, Deimos, yields a clue that changes our concept of the universe.

Logan is currently writing the concluding novel in the series with the working title, The Martian Enigma. Astronauts landing on Mars make a puzzling find that threatens their safe return.

Logan is a graduate of Purdue University known as the "Cradle of Astronauts" for its many alumni in the space program, including Neil Armstrong, the first man on the moon.

Upon graduation, Logan's career with DuPont culminated with him becoming a plant manager and ultimately leading the corporation’s global energy conservation program. 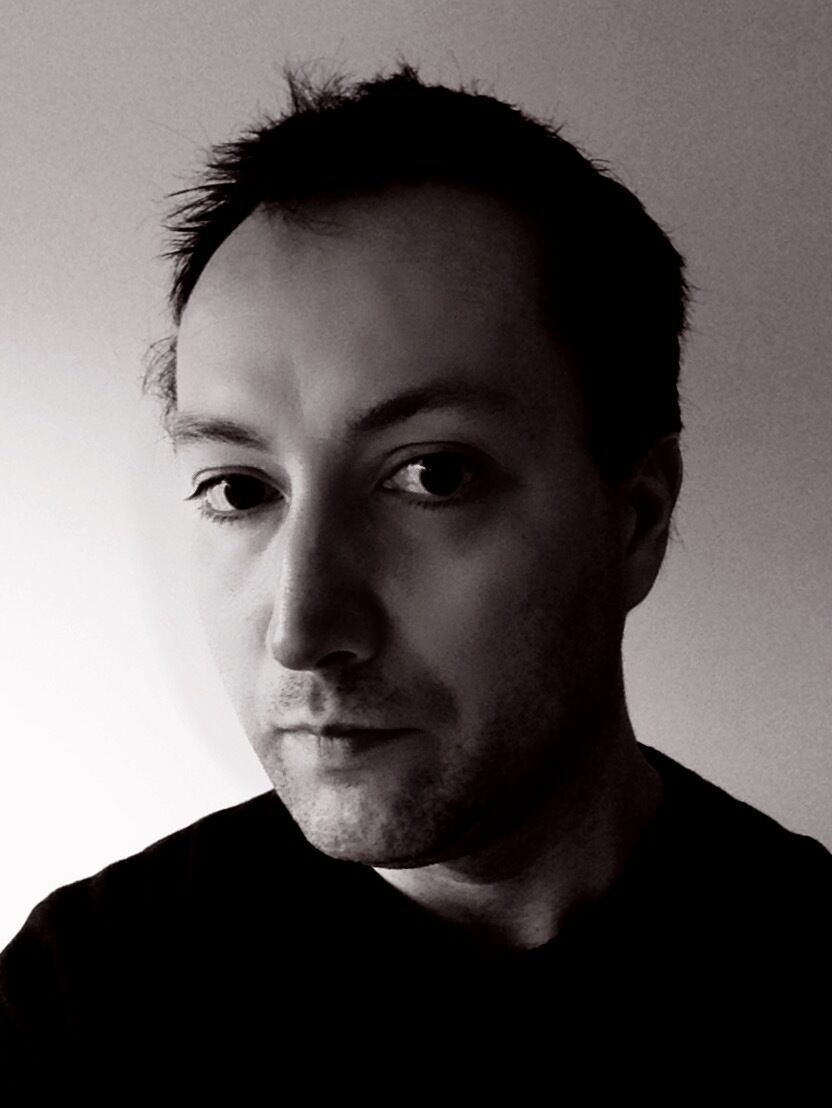 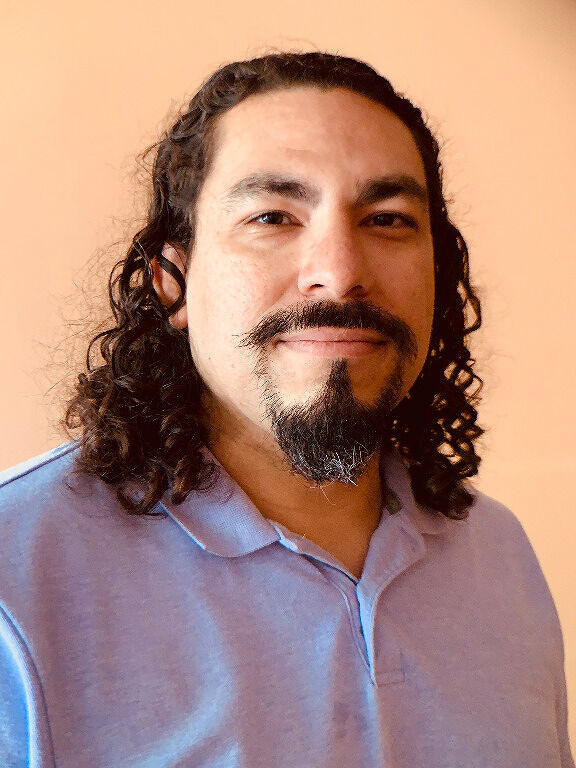 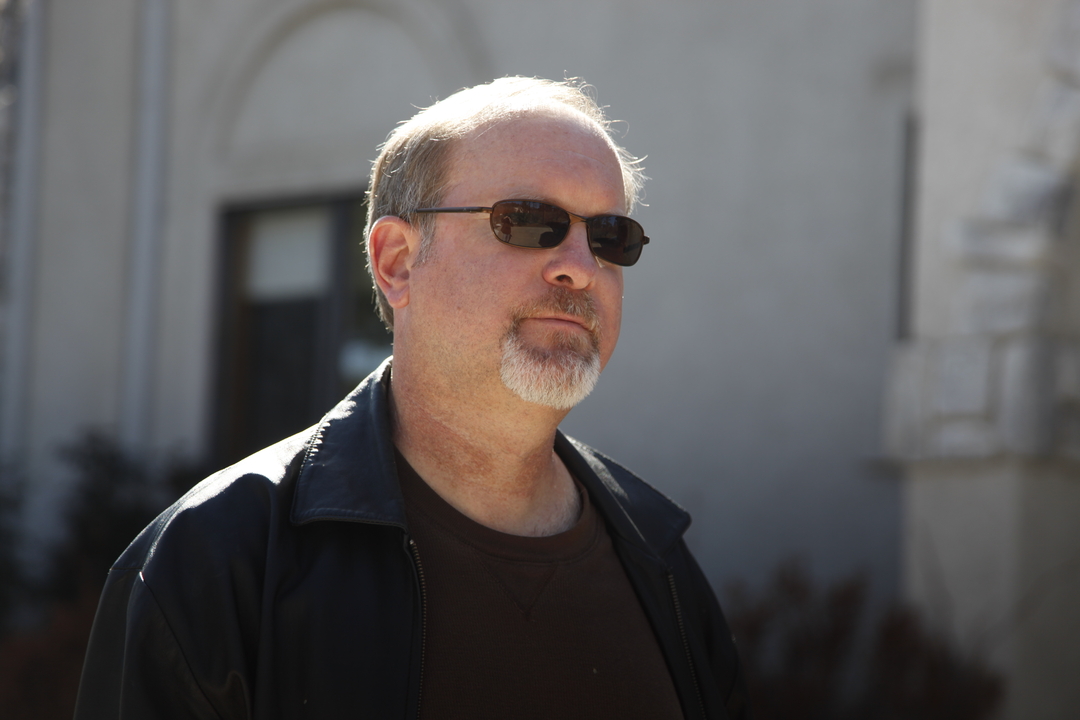 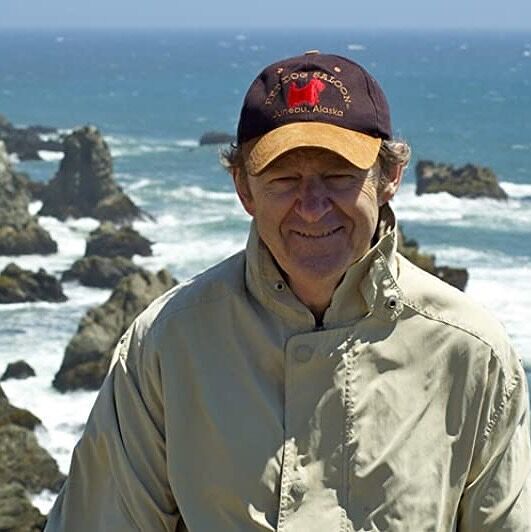 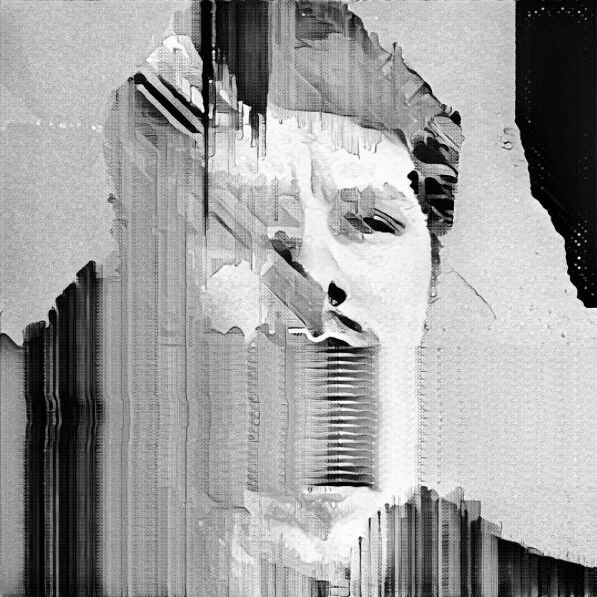 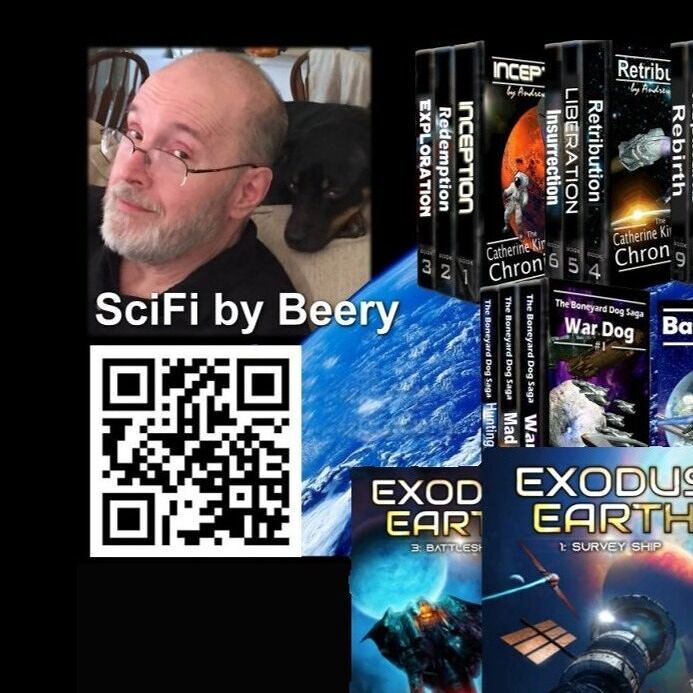 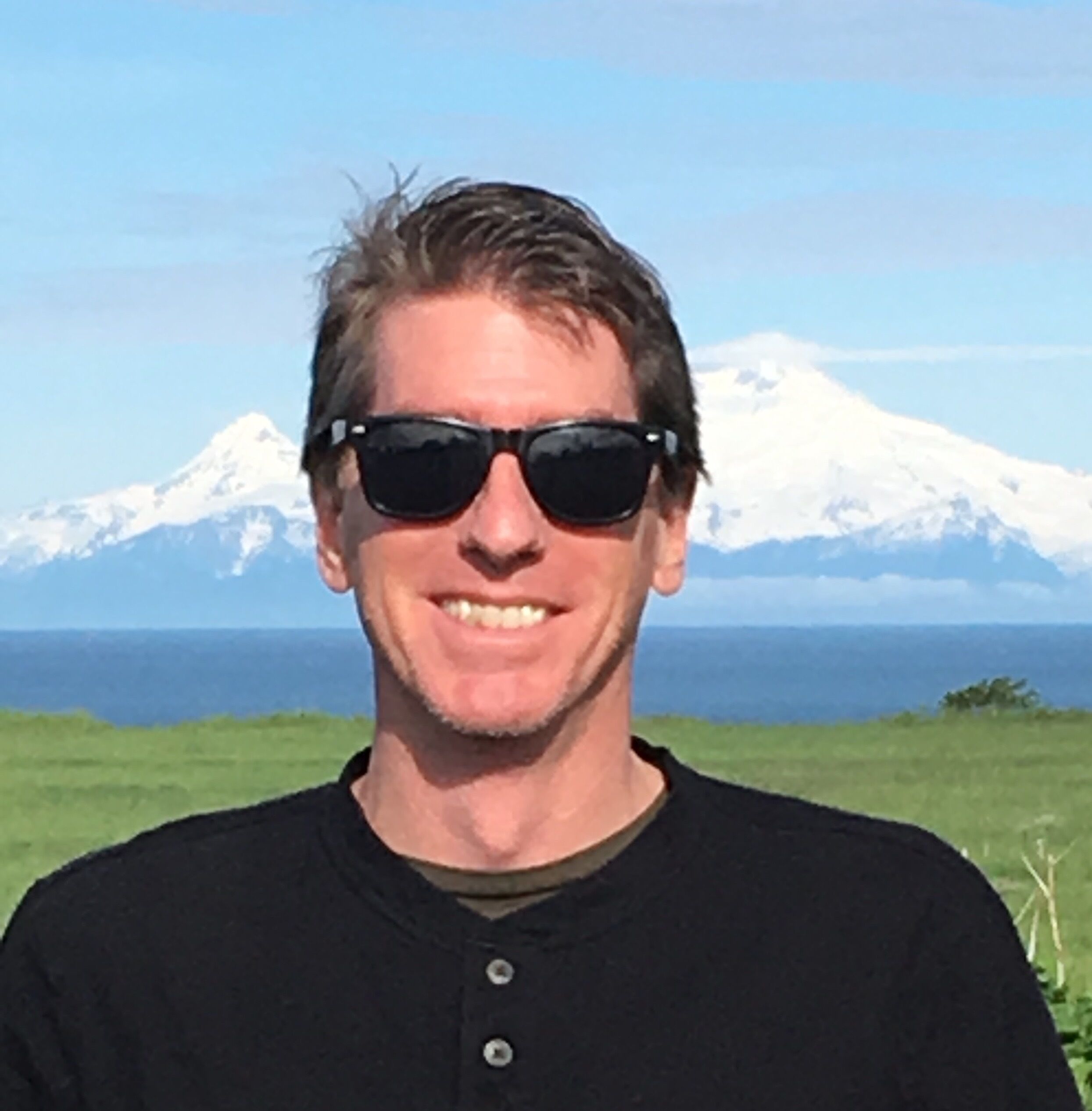 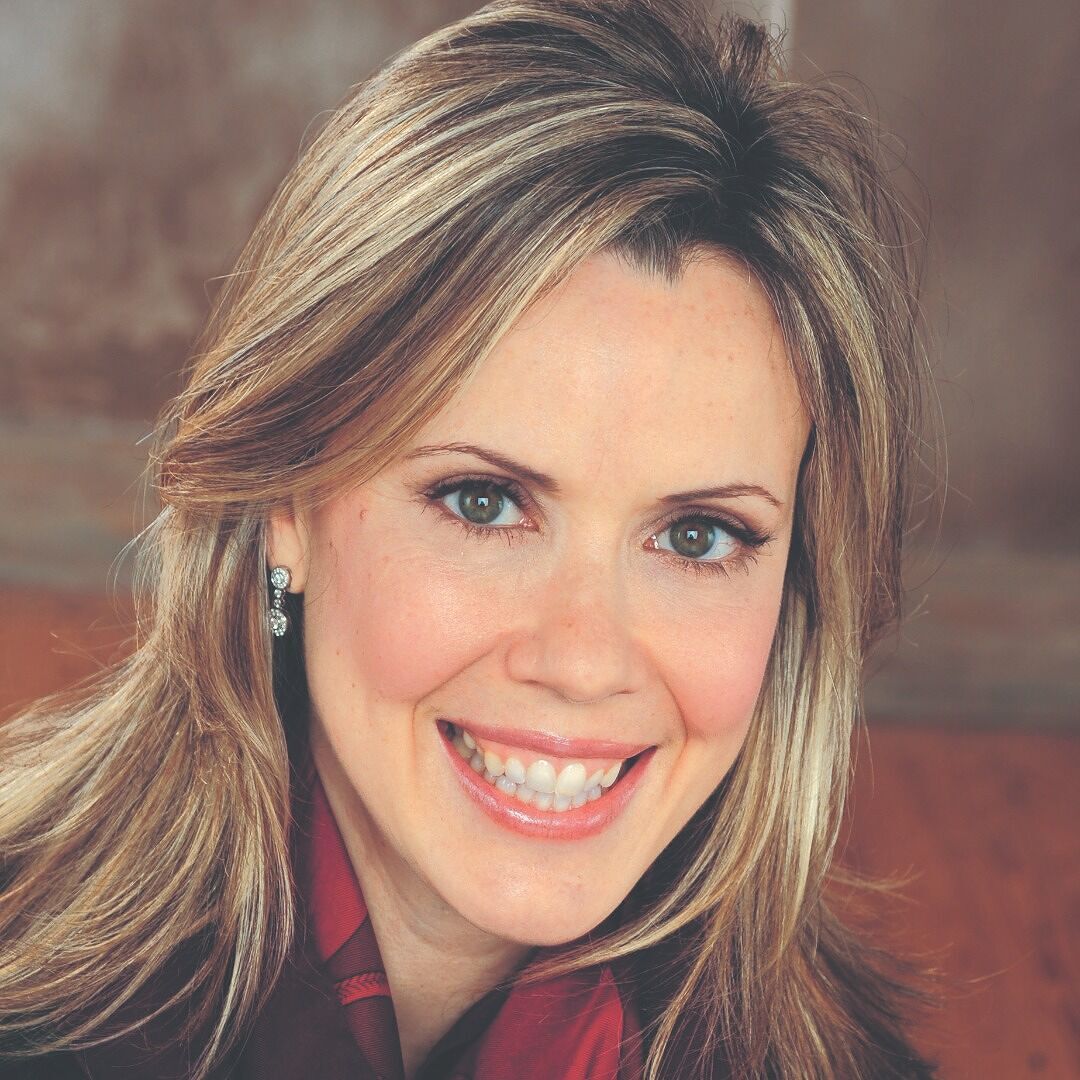 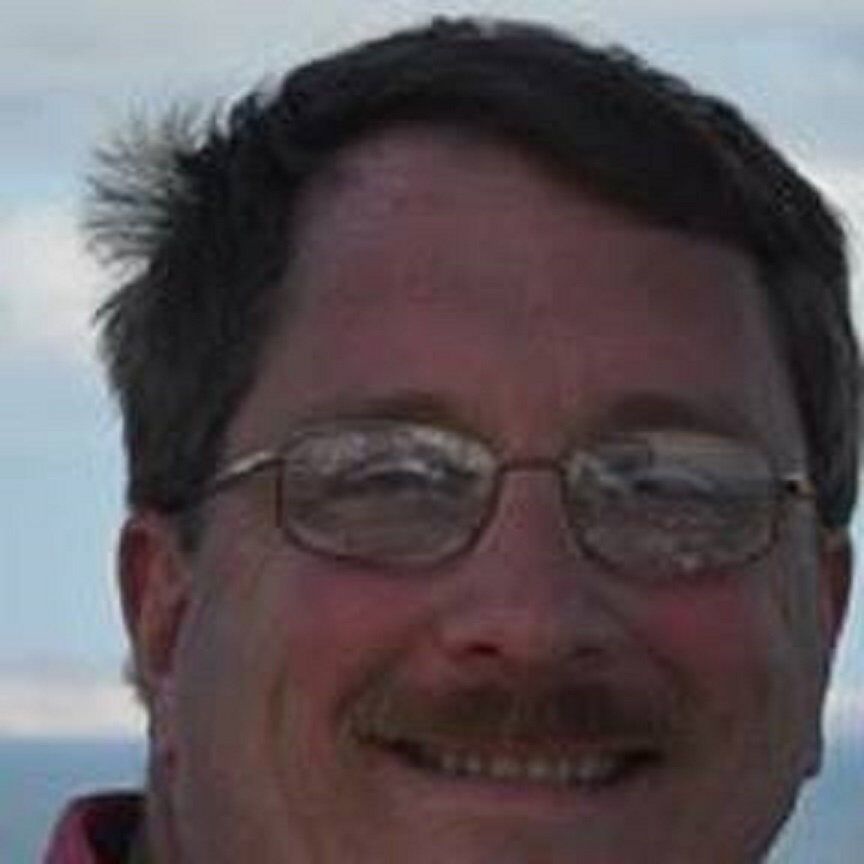 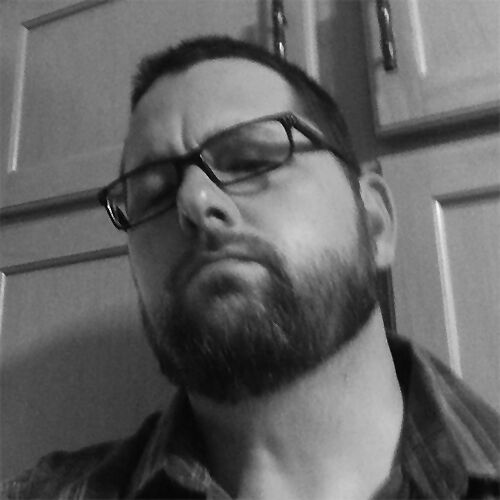 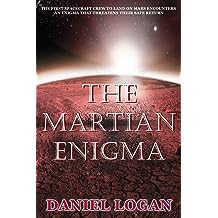 Two crew members of NASA's Ares V spacecraft are the first to land on Mars.

Andrew, a loveable android commander, and pilot Nathan Lamar are prepared for any contingency — except the one they experience.

They encounter an unimaginable enigma that jeopardizes their safe return home and threatens the future of the Ares program.

“An adventure that women and men will both enjoy, filled with wonderful characters and an android to die for.” ~ Vickie from Texas

“Logan keeps your finger on the page turner button and provides real insight into how a Mars landing might be conducted." ~ Jim from London 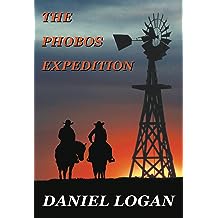 The Phobos Expedition is about a NASA mission to the tiny Martian moon, Phobos. The objective is to scan the surface of Phobos in preparation for future landings and determine whether a decades-old urban legend about Phobos being an artificial satellite put in place by an ancient alien civilization is true or not. Set in Houston, the novel melds the Western Heritage of Texas with the complex and demanding technology of the space program.


The humans aboard the Ares I spacecraft are commanded by an android with human-like intelligence—and desires—who can endure the endless hours in control of a voyage lasting more than a year. Other key characters in the story include a woman who is a NASA executive seeking a promotion to NASA’s top job, her husband who manages a family ranch west of Amarillo, and a set of identical twins who are studying the concept of telepathic communications in deep space under the tutelage of a brilliant physicist—who has a yen to become a real cowboy.


Prior to the mission’s launch, the Russians lose an unmanned probe as it nears Phobos, the latest in a series of mysterious losses. The Russians blame the U.S. for using electronic warfare against their probes in order to give the U.S. program an advantage. They threaten to sabotage the U.S. mission unless NASA reveals the truth.


Despite the unexplained failure and the threat, NASA decides to press forward, believing a manned craft can succeed where an unmanned craft would fail. When the Ares I craft approaches Phobos, its crew and all concerned worry about sabotage and even the remote possibility of an alien attack. They pray that NASA’s decision to continue the mission was correct.


"The author takes us into a future where deep space travel is real and international competition is alive and well. He pushes the limits of what we know and what we hope to find, encouraging us to follow along and keeping us on edge with twists and turns that keep the story alive and entertaining. The Phobos Expedition compels us to see where the journey leads..." —Frank Hughes; Chief, NASA Space Flight Training (Ret.)


"A space adventure that women will enjoy, filled with characters with conflicting interests and a lovable android to die for." —Vickie Bourque; Enclave Book Club 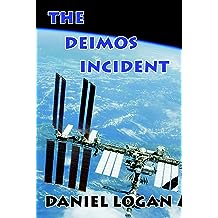 The Deimos Incident: A Stunning Discovery On The Tiny Martian Moon Deimos Alters Our Concept Of The Universe (Deep Space Travel to Mars) Oct 30, 2019
by Daniel Logan
( 19 )
$3.99
NASA is conducting a series of deep space missions to land on Mars. Because of the one-year round trip of each mission and the need for self-reliance due to the enormous distance from Earth, the spacecraft human crews are commanded by an android who never tires and is always vigilant.

The missions are launched from the International Space Station to perform a series of landings on the tiny Martian moon, Phobos, in order to build a staging base for the ultimate descent and landing on the surface of Mars.

Madison Lambert, serving as the Chief Astronaut on the space station, receives a distress call from the crew of the spacecraft saying they need immediate help. The plea throws Madison and others at Mission Control into turmoil as they feverishly work to initiate a response filled with danger. 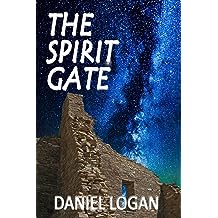 The Spirit Gate (Ancient Secrets Book 3) Jul 14, 2014
by Daniel Logan
( 2 )
$5.89
Darren Stewart, a NASA director, and his wife, Tracey, a former presidential press secretary, have been missing for three years along with their fellow time travelers, ever since they departed in a refurbished time ship and traveled to a point in time nearly a thousand years ago to explore the Anasazi culture at Chaco Canyon during its peak.

Darren and Tracey planned to study the water conservation techniques of the Anasazi and to learn the reason for that culture’s mysterious and abrupt disappearance. Archaeo-astronomer Jane Bowen wanted to prove the Chaco pueblos concealed an enigmatic alignment with the Gate of God—located at the crossing of the Milky Way and the pathway of the planets, the ecliptic. Another traveler, Aaron Eaglecloud, a Hopi shaman, longed to discover the roots of his Native American mythology.

Waiting anxiously at home for the return of his parents, Dwy and family friend, Skeeter, worry that the travelers are marooned and face starvation or even death from the marauding enemies of the Chaco natives. Perhaps not even their faith can return them safely home.

Daniel Logan
Daniel Logan and his wife, Connie, recently returned to Texas after spending a few years in Logan’s home state of Indiana. Revisiting the vast, starry nights in Texas inspired Logan to write about the two great stellar gates named in antiquity—the Gate of God and the Gate of Man—and about the confluence of ancient mythology, science and faith they represent.

The Spirit Gate is Logan’s concluding novel in his three-part, Ancient Secrets series. Logan’s fascination with the prehistoric Anasazi culture in the Southwest at Chaco Canyon and his interest in time-travel, astronomy and humankind’s role within the immense universe compelled him to write a story that brings all these elements together.