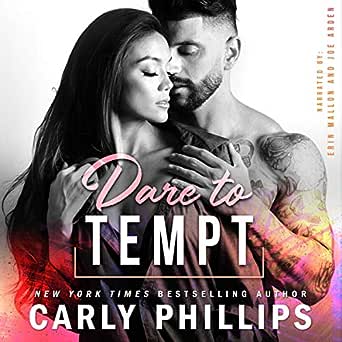 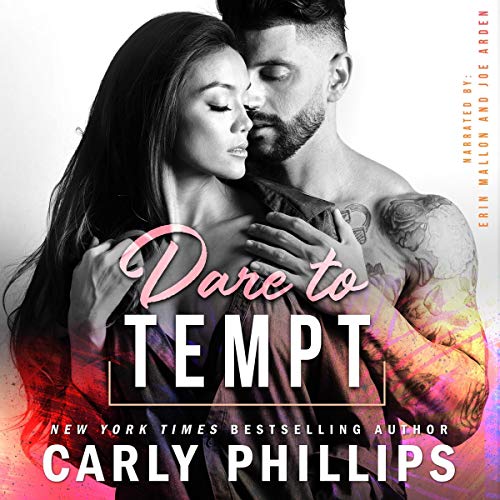 4.6 out of 5 stars
4.6 out of 5
369 global ratings
How are ratings calculated?
To calculate the overall star rating and percentage breakdown by star, we don’t use a simple average. Instead, our system considers things like how recent a review is and if the reviewer bought the item on Amazon. It also analyzes reviews to verify trustworthiness.

Nisey
5.0 out of 5 stars Sizzling Dare Romance
Reviewed in the United States on August 4, 2020
Verified Purchase
Damon Prescott, starting quarterback for the Miami Thunder, is suspended from playing the sport he loves as he has tested positive for taking PED's in a randon drug test. This is something that Damon knows he hasn't done, he would never knowingly do anything to jeopardize his career or let his team down in such a way. His sister has the perfect solution to getting to the truth of this matter, her PI friend Evie Wolfe! In order to get to the bottom of this ordeal she suggests that Evie pretend to be Damon's current girlfriend, someone who can ask questions of people in Damon's life without being suspicious.

Damon isn't onboard with this plan as he doesn't think anyone will believe he has decided to suddenly become a one woman man, he has a reputation after all to uphold. Evie thinks Damon doesn't believe she can play the part of girlfriend and make it believable to those who matter. Enter a version of Evie that Damon has never come on contact with. It takes him by surprise and before he knows it he's wanting to make this a permanent gig, no more pretending.

Evie has issues of her own she's dealing with as well. Crazy ex stalker who has hurt her before and looks like he's out to do it again because he things she ruined his life. Damon is surprised at the protective instincts that kick in when it comes to Evie, the spark that has always been there that they ignored and covered with insults and barbs. When things take a turn and Evie is truly in danger, Damon takes her to his home and the sparks and attraction can't be denied anymore.

Fall in love with another Dare male, with appearances of some of the original Dare family in this one it's a winner. Carly takes all my favorites and puts them in one place and it's a world that I love going and always will.

Heather F.
5.0 out of 5 stars Hooked from the start!
Reviewed in the United States on August 4, 2020
Verified Purchase
Dare to Tempt is the second book in Carly Phillips Dare Nation series and it's another one that drew me in right from the start!

Damon Prescott is the starting quarterback for the Miami Thunder and he's recently tested positive for PEDs, but he knows without a doubt he hasn't knowingly taken anything illegal or had anything that would have contained anything illegal to his knowledge. His brother Austin, who is his agent and his sister Bri, who is in PR, are helping him to try to prove his innocence. In order to do so, Bri has a plan up her sleeve. Bri's best friend, Evie Wolfe, just happens to be a private investigator, so she brings her in to help.

When Evie shows up at Damon's house, the group decides that the easiest way for Evie to get the information she needs is to pose as Damon's girlfriend. Now, he's not known for being a one woman man, but he definitely is attracted to the spitfire of a PI.

As Evie dives into trying to prove Damon's innocence, their "relationship" hits the news, which brings an ex of hers back into the picture and he begins threatening her. In order to both keep her safe and to further the real relationship that is starting to grow, Damon insists she move in with him so he can keep an eye on her. Now that Damon has realized she's what he wants, will Evie drop her walls and allow it to happen?

I truly enjoyed these two characters and what they brought out in one another. They are both strong people and have been through their share of difficulties in their pasts. It was so wonderful to see how well they fit together and into each other's families. I've always loved the Dare's and I'm so glad we're getting to know more of the extended family and I look forward to meeting others!

Virginia VanSaders
5.0 out of 5 stars This is Book 2 in the Dare Nation Series.
Reviewed in the United States on August 4, 2020
Verified Purchase
This is the story of Damon & Evie. Damon is a football player that got hurt on the field, but also tested positive for drugs, but he never took any. He was suspended from the team. Evie is a PI, and also his agent and older brother Austin's girlfriend's best friend. She will be helping to solve this case and get him back on the team. They already know each other, and she disarms him. His sister Bri has a plan to find out what happened. Evie is to pretend to be his girlfriend, which doesn't sit well with Damon. Damon is all in for a real relationship, although he has always been considered a player. Evie had a very bad experience with her ex, and she has walls up that are sky high. Will he break them down? There is lots of drama in this story. The attraction between the two is off the charts. Its unusual in a book to see that the guy is all in, instead of the woman. I loved it. It has a great story line. Even though it doesn't have a lot of chapters, they are long ones, and it turns out to be a full book. Carly Phillips always does this well. It's an excellent book. I can't wait to read the next book in this series.
Read more
One person found this helpful
Helpful
Report abuse

L2015
5.0 out of 5 stars The Dares are ALL a Temptation
Reviewed in the United States on August 9, 2020
Verified Purchase
Damon (Dare) and Evie’s story is a great addition to the Dare Series/Dare Nation.

Damon’s life is suddenly twisted by the combination of a concussion during a professional football game (did I mention he is the Hot starting quarterback?), unexpectedly tests positive for prohibited professional enhancement drugs during two random tests, & thus sidelined until he can prove his innocence.

Evie (Damon’s sister’s friend), a PI is enlisted to help discover who is responsible for the drugging and fixed test timing.

Having to deal with Evie’s ex who is stalking her creates a (welcome) circumstance for Damon and Evie to be together 24/7. What neither expects is the unavoidable Dare To Tempt (each other).

Carly Phillips never disappoints. Dare To Tempt is the latest addition to the Dare Series/Dare Nation. Each book is a stand alone with wonderful characters and storylines which weave seamlessly throughout the series.
1-click your copy today. You will want to read it multiple times as you enjoy the Dares & the Temptation.
Read more
One person found this helpful
Helpful
Report abuse
See all reviews

Kindle Customer
5.0 out of 5 stars Fantastic Story
Reviewed in the United Kingdom on October 29, 2020
Verified Purchase
I was pulled into this book right from the beginning and that is where I stayed until I had read the last word written. All the time I had my little mini movie playing along in my head.
The emotions that the characters go through can be felt, some of them actually pulled on my heart strings. I did find myself getting frustrated a time or two and I really wanted to smack a few of the characters, but they redeemed themselves by the end of the book. I went through most of the emotions along with the characters, I might of cried a little bit more than the characters. It doesn't matter how many times I read this book I cried at the same places each and every time.
There are surprises throughout the book, some are large, while others are small. Some you may see coming while others you won't, but each and every single one of them is equally as important with in the story as the next. They all play there own part in making the story the fantastic read that it is.
There isn't a single part of this book that I didn't enjoy, I wish I could give it more than five stars as I think it s worth so many more stars.
I highly recommend this book.
This book is also available on audible and it is awesome.
Read more
Report abuse

Teri
5.0 out of 5 stars Brilliant series
Reviewed in the United Kingdom on August 4, 2020
Verified Purchase
This the 2nd book in the series and I absolutely loved it and could not put it down. I loved Damon and Evie and I am so looking forward to the rest of Damon’s siblings and their respective books. I hope Evie’s brothers get books too.
Read more
Report abuse

M. Wright
5.0 out of 5 stars 5 stars for Dare to Tempt by Carly Phillips
Reviewed in Canada on August 6, 2020
Verified Purchase
What an amazing read. Could not put it down. You gotta love these characters. Especially family that can yell and give it to you straight. Love Damon and Evie. Hot and sexy but loving. Can't wait for the next instalment of Dare Nation.
Read more
Report abuse
See all reviews