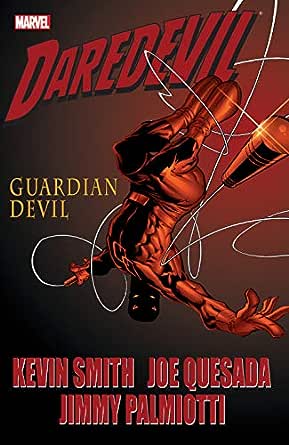 You've subscribed to Daredevil (1998-2011)! We will preorder your items within 24 hours of when they become available. When new books are released, we'll charge your default payment method for the lowest price available during the pre-order period.
Update your device or payment method, cancel individual pre-orders or your subscription at
Your Memberships & Subscriptions 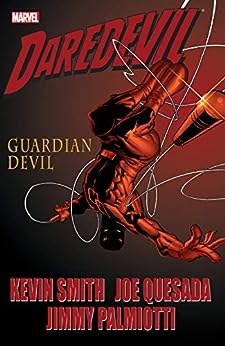 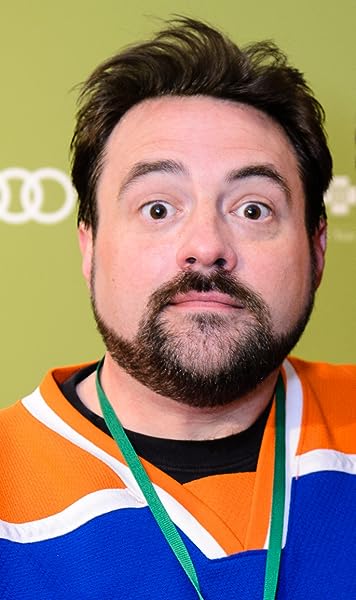 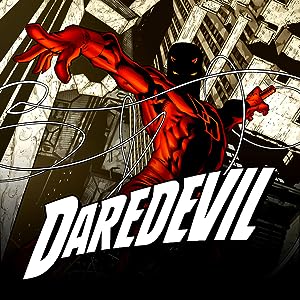 Kevin Smith is an American filmmaker, actor, comedian, public speaker, comic-book writer, author, and podcaster. He came to prominence with the low-budget comedy Clerks, which he wrote, directed, co-produced, and acted in. Playing the character Silent Bob, of the stoner duo Jay & Silent Bob, he appeared in Mallrats, Chasing Amy, Dogma, Jay & Silent Bob Strike Back, and more.

Joseph Quesada is a comic-book artist, writer, editor, and television producer. He became known in the 1990s for his work on various Valiant Comics books, such as Ninjak and Solar, Man of the Atom.

Jonathan Feuer is an in-demand narrator with a background in film and stage acting.

A diverse cast of individuals worked together to achieve the brilliant sound and performances contained in this audiobook. --This text refers to the audioCD edition.

4.5 out of 5 stars
4.5 out of 5
85 global ratings
How are ratings calculated?
To calculate the overall star rating and percentage breakdown by star, we don’t use a simple average. Instead, our system considers things like how recent a review is and if the reviewer bought the item on Amazon. It also analyzes reviews to verify trustworthiness.
Top reviews

DEDph3
4.0 out of 5 stars A Kevin Smith great
Reviewed in the United States on October 23, 2019
Verified Purchase
I know Kevin Smith hasn't written a lot of comics but they never bad. There's a lot of Smith references in it but who put at least some part of themselves in their work. It's a wonderful addition to the dare devil anthology. Has quite a few twist and the art work is on point. Highly recommend.
Read more
One person found this helpful
Helpful
Comment Report abuse

Chris w
5.0 out of 5 stars New daredevil fan
Reviewed in the United States on March 2, 2016
Verified Purchase
I can see where some people
Would think this was a little wordy but I really liked this book. I have gotten into daredevil since the Netflix show and I have to say i really enjoy it
Read more
6 people found this helpful
Helpful
Comment Report abuse

13Echo
4.0 out of 5 stars Kevin is the man
Reviewed in the United States on September 23, 2020
Verified Purchase
book has great art and good story Kevin weaves a story full of action and intrigue Daredevil is at his best
Read more
Helpful
Comment Report abuse

GGivens
5.0 out of 5 stars A Beautiful Book
Reviewed in the United States on January 5, 2014
Verified Purchase
Like Daredevil: Yellow by Loeb and Sale, Guardian Devil is a beautiful book! Kevin Smith wrote an amazing, thought-provoking story. I really feel like he poured everything he had into this story. Joe Quesada, along with Jimmy Palmiotti, did some of the best work of his comics career. Like Smith, those two gentlemen left everything they had on the page. Whether you purchase the original books, the graphic novel or on Kindle, this story is worth the price you'll pay.
Read more
10 people found this helpful
Helpful
Comment Report abuse

Amazon Customer
4.0 out of 5 stars Extremely Well Done
Reviewed in the United States on April 20, 2013
Verified Purchase
Daredevil is one of my favorite comic book superheroes and I had mixed feelings when I heard this series would be written by Kevin Smith. I know many people don't like Smith's movies, but please do not let that stop you from reading this book. I've seen many of Smith's movies and I can't say that I'm a big fan of all of them. I was cautious about buying this book for the longest time because I was scared that the material would not be treated with respect. I was wrong. Smith is clearly a lover of comic books and he is an excellent writer and he treats this material with respect and at the same time he pushes some boundaries with the Daredevil character.
Read more
4 people found this helpful
Helpful
Comment Report abuse

DC_Fan_52
3.0 out of 5 stars Only half as good as it used to be...
Reviewed in the United States on December 13, 2011
Verified Purchase
Currently there are three listings for "Daredevil: Guardian Devil" on Amazon. The oldest is listed as "Daredevil Visionaries: Guardian Devil" and it's from the year 2000. Praise for the book back then called it the best Daredevil since Frank Miller. I'm a big fan of Kevin Smith's movies and his one man shows, and I've been reading Daredevil by Brian M. Bendis, which made references to this book. So, Guardian Devil has been on my radar for a long time. I finally read it and, man, it's disappointing.

Drugs explain away out of character moments, plot-holes are hand-waved out of existence, and most of it is overwritten. Sometimes the writing works with Mr. Smith throwing thinly veiled references to his film career and the moments with Matt's mom are great, but the ending feels like a gigantic cheat.

On the other hand, the art really saves it. This is the first time I've seen Joe Q's art and it's quite stylish: a mix of Frank Miller and Bruce Timm. The digital ink also gives the book some rich color that I've never seen on Daredevil. Even though he makes Daredevil look like a thumb, Black Widow is absolutely poured into her costume.

I'm becoming a Daredevil completionist. For completionist fans, I can only advise you to buy it later. Don't splurge and get it right away, wait until you have the extra cash. For the casual fans, I'd say skip it. If you were a fan of Bendis' run on Daredevil and want to get this because this was the launching point, I still say give it a pass. Bendis and Smith have clashing styles and you're not going to enjoy it. Other than "than one important thing," nothing is essential in this book.

I'm tempted to give it a 4, because the art is really stunning, but the writing doesn't hold up. It might have broken new ground ten years ago, but we've come a long way since then.
Read more
27 people found this helpful
Helpful
Comment Report abuse
See all reviews

Rob C
5.0 out of 5 stars One of the best graphic novels ever
Reviewed in the United Kingdom on April 7, 2016
Verified Purchase
Even you are not a Daredevil fan, there is lots to applaud in this tour de force graphic novel. I always thought Daredevil was a bit like the Xmen in that the appeal is largely to the existing fanbase but here Kevin Smith manages to write a blockbuster page turner that will appeal to all. Has all the attributes of a very good thriller novel with the added bonus of complimentary colouring and art that you get from a graphic novel. Wish all graphic novels were this good. Easily maximum stars and I am not a fan of all Kevin Smith's writing.
Read more
Report abuse

Anvilstrike
4.0 out of 5 stars Quesada and Smith tops beacuase they cared
Reviewed in the United Kingdom on January 7, 2016
Verified Purchase
The good: i love this story. I owned signed Visionaries edition over 12 years ago and lost it. This is a must-read for DD fan.
The bad: It's not HC so the cover starts softening after first read.
Read more
Report abuse