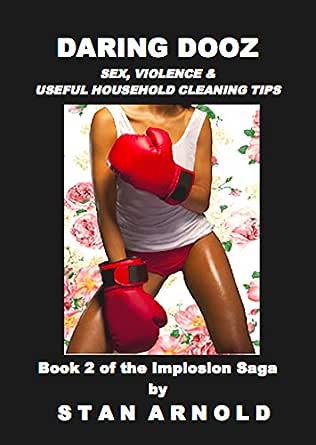 You've subscribed to The Implosion Trilogy Series! We will preorder your items within 24 hours of when they become available. When new books are released, we'll charge your default payment method for the lowest price available during the pre-order period.
Update your device or payment method, cancel individual pre-orders or your subscription at
Your Memberships & Subscriptions
There was an error. We were unable to process your subscription due to an error. Please refresh and try again. 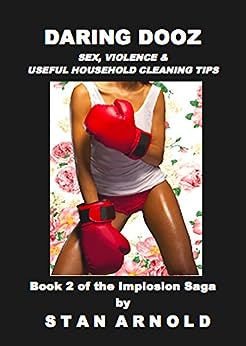 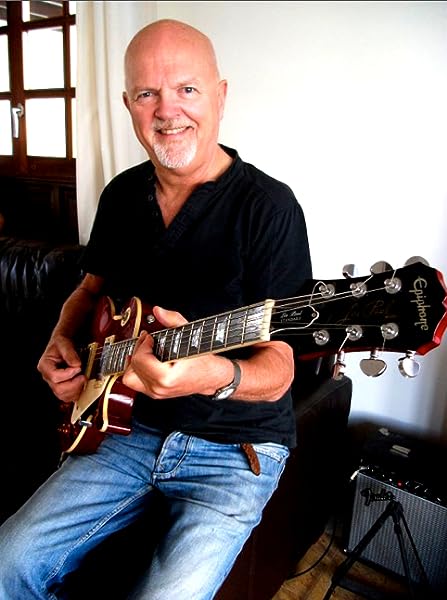 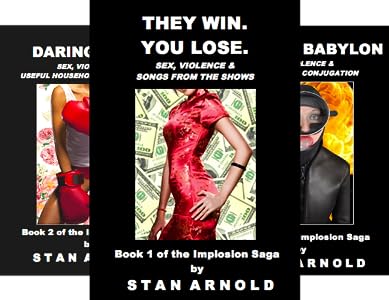 I started off with the idea of writing a very short story about two useless, drunken corporate video producers - Mick and Jim - sleeping off hangovers, in hammocks strung up in their lino-floored Soho office.
I had no idea their mis-adventures would lead to three novels, including exotic locations like Southsea, Las Vegas, the Caribbean, the Amazon and Lanzarote - all of which they manage to tarnish significantly with their presence.
To save your brain from scrambling, I suggest you read them in the order:
They Win. You Lose.
Daring Dooz
Sea View Babylon
I've tried to make the books a fast read with 'page turner' chapter endings. I don't like books which involve long descriptions of the environment, or what the characters are wearing. I think my experience as a comedian and copywriter, make me want to get to the point quickly, deliver the goods and move on. When I was a comedian, I told funny stories (no jokes) where it was very important for the audience to build a picture (their picture) in their minds. That's what I've tried to do in the books - leave the reader to imagine a lot of the peripheral details, in the same way you do when you're listening to radio.

Hello
I've been a copy, speech and scriptwriter for a long time!
Before that,  I wrote songs and stories for the BBC, then became a stand-up comedian for eight years, writing my own stories (no jokes!). I also wrote and sang all the songs for my rock band - the Stan Arnold Combo.
I now live in and work from Lanzarote, with my wife Dee and cat, Bonzo.
In my three and a half years here, I have written three funny novels - The Implosion Trilogy, no less!
The stories are about two incompetent Soho-based video producers who drink too much, don't earn enough and get too many death threats.
I suppose the next thing to do is promote these little offerings so I can achieve my life's ambition - to own a garden shed on Mustique.
(All very well, I hear you say, but have you seen the price of creosote on the island?)
Cheers
Stan Arnold