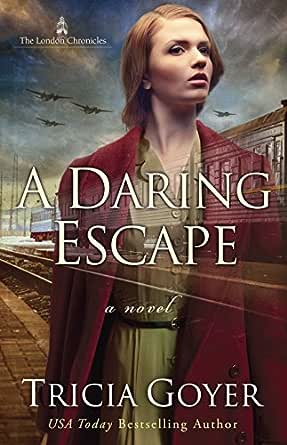 You've subscribed to The London Chronicles! We will preorder your items within 24 hours of when they become available. When new books are released, we'll charge your default payment method for the lowest price available during the pre-order period.
Update your device or payment method, cancel individual pre-orders or your subscription at
Your Memberships & Subscriptions
There was an error. We were unable to process your subscription due to an error. Please refresh and try again. 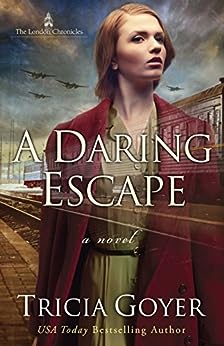 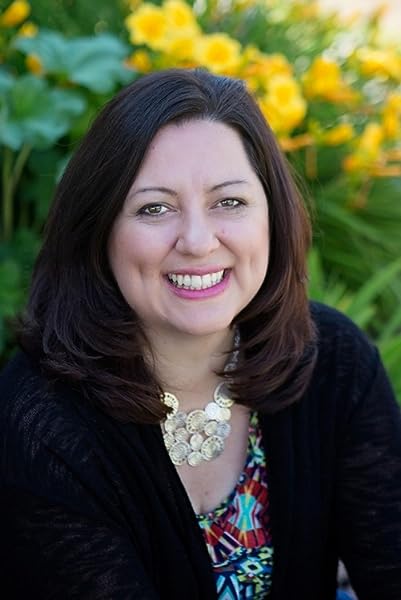 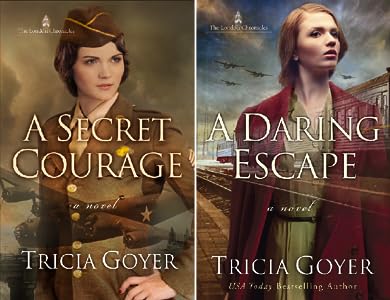 Tricia Goyer is a busy mom of ten, grandmother of two, and wife to John. A USA Today bestselling author, Tricia has published over 60 books and has written more than 500 articles. She's well-known for her Big Sky and Seven Brides for Seven Bachelors Amish series. For more information visit Tricia at www.TriciaGoyer.com. Tricia, along with a group of friends, also runs www.NotQuiteAmishLiving.com, sharing ideas about simplifying life.

--This text refers to the library edition.

4.4 out of 5 stars
4.4 out of 5
56 customer ratings
How does Amazon calculate star ratings?
Amazon calculates a product’s star ratings based on a machine learned model instead of a raw data average. The model takes into account factors including the age of a rating, whether the ratings are from verified purchasers, and factors that establish reviewer trustworthiness.
Top reviews

Rebecca Maney
3.0 out of 5 stars Quite Fascinating!
Reviewed in the United States on January 28, 2018
Verified Purchase
3.5

When private tutor Amity Mitchell travels from London, England to Prague, Czechoslovakia, the country is on the cusp of total German occupation. Being summoned by her brother, whose work with the British government involves rescuing Jewish children from Nazi atrocities, she works furiously to process the mandatory documentation needed by each child. Leaving behind her employer Clark Cartwright and his beloved daughter Celia, becomes increasingly difficult as the days turn into weeks, yet Amity is confident that she is walking down the path that God has shown her.

Pavla Simonova ignores her grief and pushes forward to escape Jivova, Czechoslovakia with her two children, following the vicious deaths of her husband and in-laws. Desperate to reach Prague, where trains to England are said to be available, she has no idea of the danger lurks between the shadows, but is certain that their family legacy will be preserved if only her children can experience life beyond Hitler's hatred.

This author has woven an incredible amount of history into this story, which made it quite fascinating through-out. "The London Chronicles" is proving itself to be an outstanding series.

Stephanie McCallTop Contributor: Harry Potter
4.0 out of 5 stars An Unexpected "Esther" Will Risk Everything to Save the Children She Loves
Reviewed in the United States on January 22, 2018
Verified Purchase
Amity Mitchell does not consider herself a heroine, or even that valuable a person. Her brother Andrew is the adventurous one, heading deep into the dangers of pre-Nazi Czechoslovakia to rescue Jewish refugees. Meanwhile, Amity tutors Celia Cartwright, a bright and wealthy novelist's daughter, from the safety of London. But when Andrew sends her an urgent message, Amity knows she can remain in safe harbor no longer. The Czech children need her, and she will see them to safety no matter the cost.

With A Daring Escape, Tricia Goyer pens a novel that captures your attention immediately. I love World War II stories, especially those that involve rescues and especially those involving children. Thus, A Daring Escape entered my Kindle with some automatic brownie points, but it just got better the more I read. Amity is a refreshing heroine - more introverted than brave or brassy, driven by mercy instead of the bottom line, and unafraid to take a few calculated risks. Moreover, the fact that Amity doesn't see her actions as heroic or important endeared her to me, along with other characters.

There is a bit of a romance happening between Amity and her employer Clark, who eventually comes to Czechoslovakia to ensure she's okay (be still my heart). They have a few tender moments, but here, the focus is not on romance at all. Instead, it's on the high stakes associated with Amity's work and the children she, Clark, and others seek to help. Tricia pulls off a great subplot with Pavla and her two kids, one of the refugee families. She also dares to add the POV of a Nazi soldier, one who feels personally oppressed by the Jewish people and has allowed evil to take over his conscience. This character is a villain, but his POV does give a rare and probing look into what caused such deep and unshakable evil in people you'd think would never do such things to their fellow man.

The Czechoslovakian setting is perfect - by turns hopeful and mournful, bright and dark. I loved the descriptions of the castle, astronomical clock, cafes, and Wensclas Square - now I want to visit. The morning of the German invasion is penned deftly, with the exact mix of despair and hope needed to communicate its seriousness. However, this is not the only emotional moment in the novel. Many scenes are downright heart-wrenching, especially those that deal with the sacrifices parents had to make to get their children onto kindertransports. An event that might get a paragraph in a history textbook comes to life in painstaking, unforgettable detail.

Sometimes being pulled back and forth between points of view got confusing, as did one particular subplot, since two people have the same name and choose to use different ones to avoid confusion (may have worked for the characters but didn't work for me). I also wanted to see more of the children, and a little more of Clark and Amity's relationship. Overall though, A Daring Escape is a great book; I even skipped the first installment in the series to read it first. Now I'll probably go back and read the other book, and I'm looking forward to at least one more in the series.
Read more
2 people found this helpful
Helpful
Comment Report abuse

LJShuck
5.0 out of 5 stars Fantastic Read
Reviewed in the United States on December 31, 2017
Verified Purchase
History. What other facet has driven so many authors to write?

Trish Goyer writes about kindertransport, the train evacuation of Jewish children from Prague before Hitler’s troops arrive, in A Daring Escape, the second in The London Chronicles series.

When her brother contacts her from Prague with a rather mysterious message requesting she visit from her current position as a nanny in London, Amity Mitchell finds she has no choice but to heed his invitation. Andrew, in the employ of a London bureau that seeks to evacuate and place as many children possible before Hitler arrives, finds the looming threat becoming more serious and he needs Amity’s assistance, assistance he knows that once she sees the need, she will risk everything to succeed.

Satisfied that Amity has begun to grasp the gravity of the situation in just a few short days, Andrew must return to London to work at obtaining more homes willing to take in the children. As Amity loses herself in the enormous amount of paperwork required to save the children, Clark Cartwright, her employer remains in London with his daughter, Celia. A widower, Clark finds himself in love with Amity but has not declared himself due to their age difference. Unable to help himself, he travels to Prague to see for himself that Amity is ok as she has stated in her letters.

Clark finds the city of Prague and its people’s vastly changed in comparison to his last visit to the beautiful city. It seems the entire city is struggling under a huge, dark cloud of impending doom. Pleasantly surprised by his appearance, Amity begins to share with Clark the work she has become immersed in, taking him to villages outside the city proper, to see the great need of those who have escaped Hitler’s advancing forces; most are women and children as the majority of the men, husbands and fathers, were brutally murdered.

Having expressed their growing love for each other, Clark has purchased two tickets to London; Hitler is close, very close and Clark wants to get Amity safely out of Prague. But Amity finds when it’s time to leave, she just can’t. She must remain behind to save as many children as she can before no one can get out. Clark reluctantly leaves Amity behind as he returns to his daughter in London.

I was thoroughly engrossed with this novel, the research that went into writing this must have been quite extensive. Travel back, to a time in history when your friends, even family members betrayed one another in abject fear of the encroaching Nazi forces.
Read more
2 people found this helpful
Helpful
Comment Report abuse
See all reviews from the United States

Evangeline
5.0 out of 5 stars Great book
Reviewed in Canada on February 14, 2018
Verified Purchase
This book was action packed and kept me turning the pages. many interesting details of history were weaved into the plot. I now have a desire to visit Prague and see the sights described in the book. It also challenged me to help those in need.
Read more
Helpful
Sending feedback...
Thank you for your feedback.
Sorry, we failed to record your vote. Please try again
Report abuse