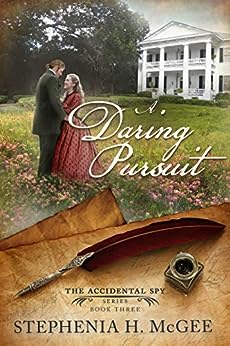 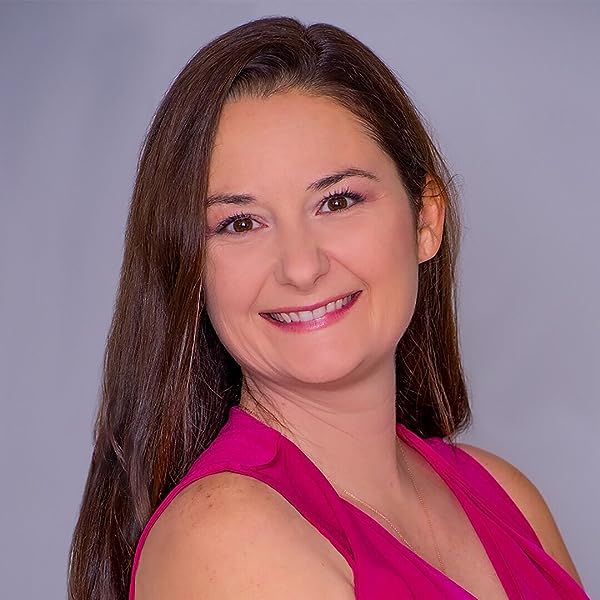 by Stephenia H. McGee (Author) Format: Kindle Edition
Book 3 of 3: The Accidental Spy Trilogy
See all formats and editions
Sorry, there was a problem loading this page. Try again.

To form a future, they must reconcile the past...

When Annabelle failed to stop the nation’s first presidential assassination, not only did the country plunge into chaos, but she’s mistaken for one of the conspirators. Imprisoned and berated while waiting for trial, she wants nothing more than to return to Rosswood Plantation. But in order to gain her freedom she must decide between trusting a man from her past or keeping her faith in the increasingly distant soldier she’s come to love.

Forced to choose between his allegiances and the safety of the people he loves, Matthew finds himself swept into the most massive manhunt in history. John Wilkes Booth has disappeared, and everything Matthew holds dear rests on finding the assassin. But to finally bring the conspirators to justice, Matthew must first conquer his own demons. Can he discover the power of redemptive love, or will his future with Annabelle be another casualty of war?

Book three of three. The Accidental Spy series is an adventurous romantic trilogy following Annabelle Ross and Matthew Daniels. Please note these books must be read in order and that while each book has a complete storyline, the overall plot is completed throughout the trilogy.

Stand Alone Titles
In His Eyes
Eternity Between Us

Time Travel
Her Place in Time

Novellas
The Heart of Home
The Hope of Christmas Past

Award winning author of Christian historical novels, Stephenia H. McGee writes stories of faith, hope, and healing set in the Deep South. When she's not reading or sipping sweet tea on the front porch, she's a homeschool mom of two boys, writer, dreamer, and husband spoiler. Stephenia lives in Mississippi with her sons, handsome hubby, two dogs, and one antisocial cat. Visit her at www.StepheniaMcGee.com for books and updates. --This text refers to the paperback edition.

Stephenia H. McGee is a multi-published author of stories of faith, hope, and healing set in the Deep South. She lives in Mississippi, where she is a mom of two rambunctious boys, writer, dreamer, and husband spoiler. Her novel The Cedar Key was a 2021 Faith, Hope, and Love Readers’ Choice award winner. A member of the ACFW (American Christian Fiction Writers) and the DAR (Daughters of the American Revolution), she loves all things books and history. Stephenia also loves connecting with readers and can often be found having fun with her Faithful Readers Team on Facebook. For more on books and upcoming events and to connect with Stephenia, visit her at www.StepheniaMcGee.com.

Amazon Customer
1.0 out of 5 stars It’s almost an exact duplicate of another book written by same author !
Reviewed in the United States on August 21, 2020
Great book if it wasn't a Rewrite of another series. Some words changed however it is almost exact copy of another book in another series(Daring Pursuit, The Accidental Spy series)Shame on the author and\or publisher for this. Spend money on books for a family member to read. She informed me of the similar stories.
Images in this review

Kindle Customer
4.0 out of 5 stars Labeling Lincoln
Reviewed in the United States on April 22, 2017
Verified Purchase
Labeling Lincoln is the final book in The Liberator trilogy by Stephenia McGee.
This Christian historical fiction book continues the stories of Annabelle, Peggy, Matthew, George, Grandmother, Lily,
and the fate of the conspirators in the Lincoln assassination.

Except for the last scene with O'Malley, the characters and plot were realistic ... that scene just pushed a little too far for my taste.

The men thought their greatest battle of survival was surviving the war ... but they soon realized that wasn't quite true:
facing the ghosts of their pasts within themselves and finding love would be the greatest challenges of all.

Meanwhile, the women must come to terms with their position in a old-yet-new world as they return to the South and home.

"Many fought for changes, and many fought for things to stay as they were.
I fear that nothing will come easy anymore. Whatever we want out of the days ahead, we will have to work for them."
She turned her gaze back to George.
"What future are YOU willing to fight for?"
Annabelle and George
found in Chapter 31

"But if folks don't start trying to make things change,"
Peggy continued, her eyes not leaving her peas,
"and is not brave enough to fight through the hate, then how's things ever going to be different?"
found in Chapter 31

This has been one of the very few series I have ever read back-to-back.
I look forward to reading other books by Stephenia!

Kottenkandy41
5.0 out of 5 stars Action packed, seat gripper
Reviewed in the United States on February 18, 2022
Verified Purchase
I thoroughly enjoyed the entire series! I just wished there was one with a story for Peggy to find her lost love, i loved that woman! The only thing i say was when Matthew and the rebs were at the barn capturing the guy, Matthew saw O'Malley in the woods and he shot himself, but later in the story O'Malley attacked Matthew on the train?? Haven't figured that one out yet. Overall a well written believable story. A wonderful series. I highly recommend it.
Read more
Helpful
Report abuse

Kat
4.0 out of 5 stars A Good Ending
Reviewed in the United States on September 6, 2016
Verified Purchase
The end of a saga and the end of an era. Slavery has come to an end in America. Lincoln has been killed. The Civil War is over. This book continues and concludes Annabelle and Matthews story. This story is one of heartache and struggle. I really enjoyed this series, but even with a happy ending, this book made my heart hurt for people who have gone before us and for people who continue to fight oppression.
Oppression came in many forms. Even after slavery was abolished people still found blacks not equal and did not see them as people. Annabelle's own uncle, who she spent the story trying to find, wanted to continue onward with slavery. He also wanted to keep Annabelle under his thumb. He did not believe in her dreams and her desires. He did not seem to care what she wanted in life or who she planned to marry.
Annabelle continues to stand strong throughout the novel. She continues forging her own path, in some ways that seem very ludicrous in society during that time period. She goes through the trial for Booth's accomplices. She is strong and faithful through imprisonment, traveling, horrible family problems, and the whole time she is fighting for what is right.
Annabelle is a woman that people can look up to. Every story needs a woman that we can look at and say I want to be like her. She makes mistakes but she owns up to that. I love how the author incorporates Annabelle's faults into the story and shows us that even with faults we can be amazing.
The history and the writing in this series were great. I spent some late nights reading these books. I hope there will be many more historical fiction novels coming from this author.

I bought this book full price for my own reading pleasure.
Read more
One person found this helpful
Helpful
Report abuse

Deyonna
5.0 out of 5 stars A worthy read
Reviewed in the United States on January 30, 2018
Verified Purchase
I just finished reading the last in the liberator series, almost lunch time! The romance between the Daniel brothers and their lady loves balanced the emotions of the aftermath of the Civil War. Ms McGee's balance with the actual history and her story telling is commendable and enjoyable as well as informative. I like learning unknown facts, such as the kidnap plot of Lincoln in book. #2. Stands to reason the war between the States would also have PTSD, all wars did, just different names. Reading about the symptoms is enlightening given our modern times.
Now I'm off to get something done before returning to the aftermath of the Civil War with Ginny Dyes latest book in the Brenagan series.
Read more
Helpful
Report abuse

Shame on the author and\or publisher for this. Spend money on books for a family member to read. She informed me of the similar stories.
Read more

Shame on the author and\or publisher for this. Spend money on books for a family member to read. She informed me of the similar stories.

B. J. Robinson
5.0 out of 5 stars Saved the Best for Last
Reviewed in the United States on September 19, 2016
Verified Purchase
I enjoyed this one more than the others. This is the last book in the series. Ironwood was my other favorite of this author. Loved the ending. If you enjoy Civil War novels, you should love this one. I have read all of her books, and this one is my favorite. The double deal at the end is awesome. Don't want to spoil it for others so I won't say what.

Regina F.
5.0 out of 5 stars The aftermath of Lincoln's assassination and reconstruction
Reviewed in the United States on September 6, 2016
Verified Purchase
This is the last book in the series of The Liberator Books. It was a very climatic and satisfying end to the series. It was more than I anticipated with Annabelle and Matthew's story. Including his brother and Lilly. I loved how everyone was seen as one - not just black and white. We all have issues that God needs to heal within us but we need to allow Him to do the healing.
Read more
One person found this helpful
Helpful
Report abuse

Georgia
4.0 out of 5 stars An enjoyable series!
Reviewed in the United States on May 18, 2021
Verified Purchase
The first book was a little hard to get into, but once I got into this series, I didn't want to put my tablet down.
Read more
Helpful
Report abuse
See all reviews