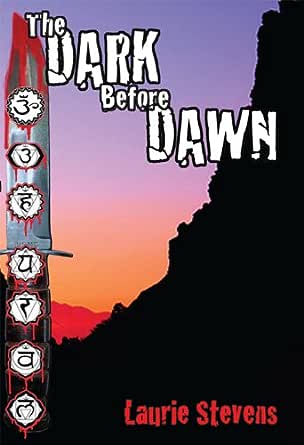 You've subscribed to A Gabriel McRay Novel! We will preorder your items within 24 hours of when they become available. When new books are released, we'll charge your default payment method for the lowest price available during the pre-order period.
Update your device or payment method, cancel individual pre-orders or your subscription at
Your Memberships & Subscriptions
There was an error. We were unable to process your subscription due to an error. Please refresh and try again. 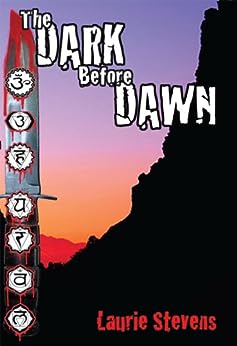 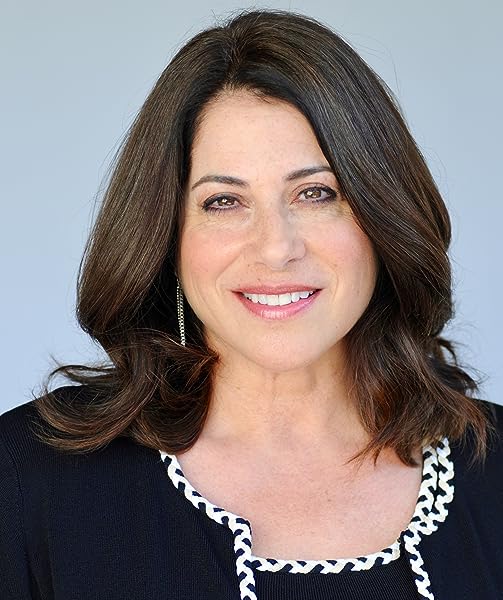 The Dark Before Dawn (A Gabriel McRay Novel) Kindle Edition 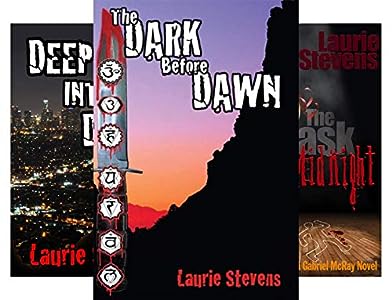 Laurie Stevens has written numerous stories and articles for local and national publications. She has written for television and co-wrote and produced the stage play, "Follow Your Dreams." This is the first novel in the Gabriel McRay detective series.

4.2 out of 5 stars
4.2 out of 5
142 global ratings
How are ratings calculated?
To calculate the overall star rating and percentage breakdown by star, we don’t use a simple average. Instead, our system considers things like how recent a review is and if the reviewer bought the item on Amazon. It also analyzes reviews to verify trustworthiness.
Top reviews

Avid Reader
5.0 out of 5 stars One Surprise After Another
Reviewed in the United States on April 22, 2017
Verified Purchase
This was a terrific mystery featuring a troubled detective who has hidden a devastating secret from himself. The mystery of Gabriel's psyche and of what he is doing during his unexplained blackouts is every bit as absorbing and psychologically riveting as his hunt for a brutal serial killer who leaves notes addressed to Gabriel at each crime scene. About half way through the novel I thought I knew who the killer was, and I was almost right. I identified the superficial character, but was unprepared for the clever and surprising twists involving the killer's identity and his duel with Gabriel. The characters are fascinating, well developed and the novel as a whole was one I couldn't put down. Can't wait to read the sequel.
Read more
2 people found this helpful
Helpful
Comment Report abuse

Nana June
3.0 out of 5 stars Haunted by a Dark Past
Reviewed in the United States on April 5, 2018
Verified Purchase
This was not a book I enjoyed reading. The author did an excellent job, but it was too dark for me. It was hard to orient myself to scene changes because they were not marked. You would be following one line and the next paragraph was a completely different person in a different place in the story. It may have help the reader feel the discomfort of Gabriel, but I couldn’t enjoy the book.
Read more
2 people found this helpful
Helpful
Comment Report abuse

Christine Terrell
4.0 out of 5 stars An excellent read!
Reviewed in the United States on May 19, 2014
Verified Purchase
I bought The Dark Before Dawn as my Goodreads book club was having a Q&A with the author, Ms. Laurie Stevens. This book was a pleasant surprise and an excellent initial offering by Ms. Stevens. I read it in 4 days, faster than my usual 7-10 days. There are numerous reasons why I enjoyed this book so much. The action began on the first couple of pages, drawing me in quickly. The characters are very well-developed, especially the protagonist, Gabriel McRay. McRay is a police sergeant who is multi-flawed and saddled with demons. I found myself really caring for and rooting hard for this guy. His psychiatrist, Dr. B., is a major player in the book. Ms. Stevens clearly did her research in describing the sessions between McRay and Dr. B. Unraveling the mystery of McRay's mental issues was every bit as intriguing as solving the case of the mass murders. In regards to the killer, his modus operandi was very interesting as well as unique. I also liked how Ms. Stevens periodically let us into the head of the perpetrator, just enough to whet the appetite without giving anything away. Relatively early on Ms. Stevens started the twists. And there were a lot of twists! Just when you think the case is wrapping up, it blows open again. Finally, there was a little sidelight of romance, which I liked. I loved this book and recommend it to all mystery/thriller readers. I have already purchased the 2nd book in the series; I believe there is a 3rd book which will be published soon.
Read more
2 people found this helpful
Helpful
Comment Report abuse

Jess Jessup
5.0 out of 5 stars Justice—Finally!
Reviewed in the United States on August 4, 2018
Verified Purchase
This book had enough twists & misleading turns to keep me guessing until the end. Which of the characters deserved the justice reserved for the really bad criminals? The plot(s) kept me riveted page after page until I finished the book around 3:45 a.m.—a near “all-nighter!” Well written & most enjoyable!
Read more
2 people found this helpful
Helpful
Comment Report abuse

Kindle Customer
5.0 out of 5 stars Twisted Lucy drama
Reviewed in the United States on July 12, 2019
Verified Purchase
Great writing made you believe so many people were the murderer.For a time me as the reader thought maybe he did it.Deep childhood trauma caused two different personalities,so true,a great read.
Read more
2 people found this helpful
Helpful
Comment Report abuse

Judy Schuler
5.0 out of 5 stars Rang true
Reviewed in the United States on February 11, 2014
Verified Purchase
Gabriel McRay is a good detective struggling to solve a string of murders that are bringing back a past he's trying to forget. The problem is it's impossible to forget trauma like he endured and burying the memories just creates more problems. The mystery itself is good, although I did figure it out (I usually do), but the characters are compelling and real. This book rang so true it seemed the author must have known someone who experienced a trauma like Gabriel did. It's sad that things like that really do happen and cause lasting effects in the people involved. I sent this book to my son who suffered trauma similar to Gabriel's when he was 14 and is still suffering the effects. Hehad to quit reading a few times when it hit too close to home, but found the psychiatric insights helpful and liked the book very much. He wants to reads the next one in the series, too. Laurie Stevens has two new fans.
Read more
2 people found this helpful
Helpful
Comment Report abuse

William A. Schmitt
4.0 out of 5 stars Well-written, very interesting, very good story, Absorbing, but...
Reviewed in the United States on October 22, 2013
Verified Purchase
A very good book. A page turner - Keeps you on the edge - I've read many books that I didn't want to end, because they were so well-written, exciting and interesting. However, after finishing this book, I understand now why authors end a story when the reader wishes it would continue. For me, this book continues on longer than it should. It was a very good story, and one I'm sure I would have wished to continue (had it not), but after a while it was too much, even for me.
But please do not reject it because of my opinion. Get it AND READ FOR YOURSELF. You certainly won't regret it.

Sarah
4.0 out of 5 stars Great Mystery story
Reviewed in the United States on October 7, 2013
Verified Purchase
I really enjoyed this book the story was handled with sensitivity and thoughtfully and was full of twists and turns - for once I didn't guess who the murderer was until the last second! The only thing I didn't like, which is why I gave it 4 instead of 5 stars was that there was no break in between paragraphs when it moved to a different character or time of day. It did catch me out a few times, and I had to go back and re-read parts to realize that it had moved on to a new section. Other than that, it was a great book and I am going to look for the second McRay story.
Read more
2 people found this helpful
Helpful
Comment Report abuse
See all reviews