You've subscribed to Dark Before Dawn! We will preorder your items within 24 hours of when they become available. When new books are released, we'll charge your default payment method for the lowest price available during the pre-order period.
Update your device or payment method, cancel individual pre-orders or your subscription at
Your Memberships & Subscriptions
There was an error. We were unable to process your subscription due to an error. Please refresh and try again. 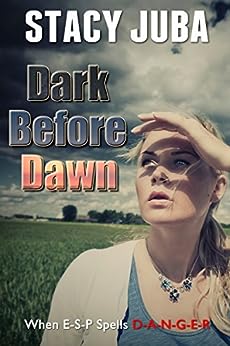 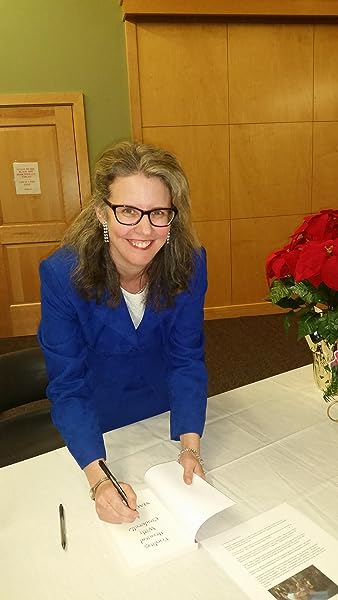 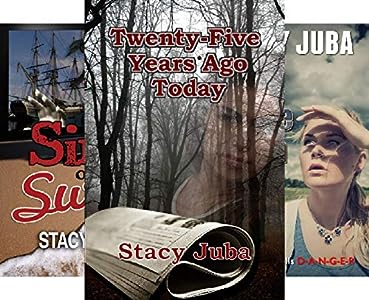 A spooky and fast moving plot that keeps you on the edge of your seat until the shocking end...Dark Before Dawn is a special book that should not be missed. Fresh Fiction

Dark Before Dawn is a choice pick for those seeking works of modern fantasy and ESP. The Midwest Book Review

I was truly taken with this book...it takes a great plot to really stump and throw the reader off and Juba did an awesome job of keeping meinterested. Shadow Kisses

This is a young adult novel, but I can tell you that as an adult I was completely drawn into the story and anxious to see how it would all end...Stacy has an easy way of writing that draws you into her stories and keeps you there. Peeking Between the Pages

Stacy Juba got engaged at Epcot Theme Park and spent part of her honeymoon at Disneyland Paris, where she ate a burger, went on fast rides, and threw up on the train ride to the hotel. In addition to working on her Storybook Valley chick lit/sweet romance series, set at a theme park, Stacy has written books about ice hockey, teen psychics, U.S. flag etiquette for kids, and determined women sleuths. Get your FREE Storybook Valley Welcome Kit on her website.

4.5 out of 5 stars
4.5 out of 5
63 global ratings
How are ratings calculated?
To calculate the overall star rating and percentage breakdown by star, we don’t use a simple average. Instead, our system considers things like how recent a review is and if the reviewer bought the item on Amazon. It also analyzes reviews to verify trustworthiness.
Top reviews

Gail M Baugniet
5.0 out of 5 stars The Repercussions of Bullying - Through a Paranormal Filter
Reviewed in the United States on May 12, 2016
Verified Purchase
This is a YA novel. The author's excellent writing style and exceptionally well-researched subject matter, however, create an interest for adults as well. From the opening lines, Stacy Juba demonstrates her authority on the topic of teenagers, their thought processes, and the predictability of their unpredictability.

The story's protagonist, Dawn Christian, has been aware for some time that she is different. She knows things through premonitions. But her mother doesn't want people to think of her daughter as different and she discourages Dawn from mentioning this ability. Although demonstrating extra sensory perception isn't the same as not picking up your dirty socks, in either case having a parent dictate how to act or think is often interpreted by a young adult as a lack of support.

Creating characters who possess ESP in an otherwise normal, blended family situation gives this story an edge that the author utilized to ratchet the tension ever higher. The plot never felt contrived. Scenes were confined to a reasonable realm of possibility.

While the story dealt with paranormal phenomena, the author also wove in the plotline a very real problem of bullying that is prevalent in schools today. In comparing "the results of bullying" to an ongoing trial case labeled "The Making of a Murderer," two sides of a question arise. Does a bullied person become a danger to society because of adverse treatment, or does bullying treatment only release latent danger inherent within a person?

Nola
5.0 out of 5 stars This book comes highly recommended, the first I have read from this author
Reviewed in the United States on April 24, 2017
Verified Purchase
This was such an interesting book to read. It includes teen angst, blended families and psychic abilities. I love reading about psychic abilities and this author wrote about them as if she experiences them herself (which she may do for all I know!). This book is very well written and I had to read it in one sitting - another sleepless night for me! but I just couldn't put it down. I find that I keep thinking about the book days after I read it and that is the sign of a great book to me, not to be able to get it out of your mind even though you are reading other books. I highly recommend this book to anyone not just for the psychic abilities but for such an interesting read.
Read more
One person found this helpful
Helpful
Report abuse

Darlene @ Peeking Between the Pages
4.0 out of 5 stars Great Paranormal YA Read!
Reviewed in the United States on October 31, 2011
Verified Purchase
Just in time for Halloween is a chillingly creepy novel called Dark Before Dawn by Stacy Juba. I've read another of Stacy's books called Sink or Swim and I really enjoyed it so when the opportunity to review this one arose I jumped at it because it sounded so good to me. I love anything to do with psychics, fortune tellers, and teenagers who get themselves into scary situations and Dark Before Dawn didn't disappoint me at all. This is a Young Adult novel but I can tell you that as an adult I was completely drawn into the story and anxious to see how it would all end.

Dawn has had psychic abilities since the age of seven which seemed to manifest after the death of her father. Her mother has discouraged these abilities and basically pretended they didn't exist and wants Dawn to do the same. So Dawn spends a lot of time hiding her abilities from her mother and everyone else. It has made her seem a little strange to others and consequently led to her being one of the unpopular kids most of the time.

When her mother remarries Dawn finds herself with a new stepfather, stepbrother, and a new school. As usual she is singled out as not being part of the crowd and messing up in gym class sure doesn't help. Then it hits her. She has a vision about one of the popular boys at school and because she feels she couldn't live with herself if something happened to him, she warns him of the impending danger. When her vision comes true she is branded a witch and the teasing becomes even worse.

Then she meets Candace who tells her that there are others like her right in their town. Someone who can teach Dawn how to use her abilities. Dawn has a bad feeling about it all but agrees to meet his woman Serina. All of a sudden she finds herself drawn into a world where others finally understand her and she is learning how to use her talent a lot more; even more important she finally has friends. As time goes on though a bizarre string of strange accidents occur and Dawn is forced to face the facts that these new friends of hers may not be who she thought they were - they are much, much worse.

I really enjoyed Dark Before Dawn. Stacy has an easy way of writing that draws you into her stories and keeps you there. For those who enjoy paranormal YA fiction with a good mystery to go along with it I would recommend giving Dark Before Dawn a try.
Read more
One person found this helpful
Helpful
Report abuse

Stacy L. Daniels
5.0 out of 5 stars Very suspenseful!
Reviewed in the United States on October 19, 2011
Verified Purchase
Excellent characterization, including the supporting characters, tight writing, and good family dynamics. This book grabbed me from the beginning and the suspense and mystery continued to build throughout the story as Dawn searched for answers and walked a thin line between right and wrong. Her justifications and doubts were realistic and the treatment she and her friends received from the "popular" kids in high school was sad, but true. Dawn was courageous and smart, going out on a limb to warn a popular guy of her premonition of his death, despite being labeled a witch and knowing the other kids would make fun of her and be afraid of her because she was different. Never having fit in anywhere, Dawn meets two girls who have similar abilities and finally knows what it is like to be accepted. A local psychic is willing to train the three girls to develop their abilities, but unlike her two new friends, Dawn questions their mentor's motives and wonders about a secret agenda. The suspense builds as Dawn learns about mind control and begins to unravel the mystery surrounding the deaths of two popular high school students. The ending gave me goosebumps and I really hope Ms. Juba writes more YA novels. This one was definitely a winner!! Loved it!
Read more
One person found this helpful
Helpful
Report abuse

Kindle Customer
5.0 out of 5 stars Dark Before Dawn
Reviewed in the United States on March 28, 2017
Verified Purchase
Have you ever wanted to make people do things, like you as a friend or maybe more? This story is about a woman seeking retribution for things done to her by young people she went to high school with. We all have known how teens sometimes treat others who are NOT friends. Being physic is only an advantage when you are in control. This take is about what happens when you are not I RECOMMEND...ENJOY!
Read more
Helpful
Report abuse
See all reviews
Back to top
Get to Know Us
Make Money with Us
Amazon Payment Products
Let Us Help You
EnglishChoose a language for shopping. United StatesChoose a country/region for shopping.
© 1996-2021, Amazon.com, Inc. or its affiliates