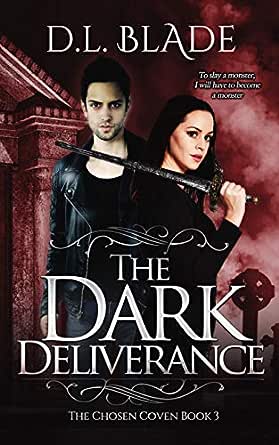 You've subscribed to The Chosen Coven! We will preorder your items within 24 hours of when they become available. When new books are released, we'll charge your default payment method for the lowest price available during the pre-order period.
Update your device or payment method, cancel individual pre-orders or your subscription at
Your Memberships & Subscriptions
There was an error. We were unable to process your subscription due to an error. Please refresh and try again. 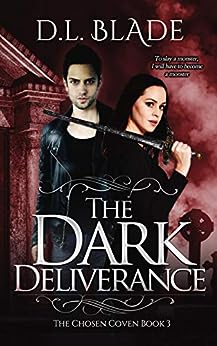 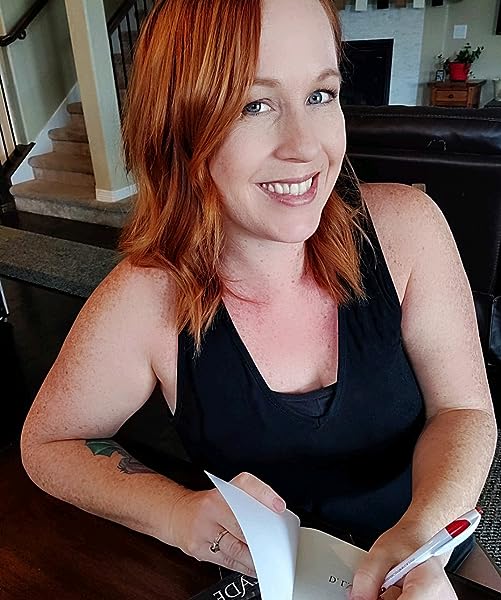 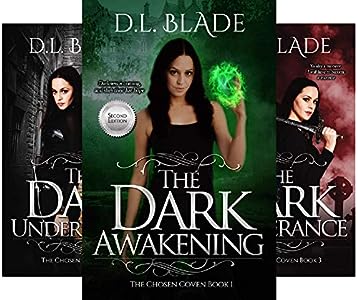 5.0 out of 5 stars
5 out of 5
19 global ratings
How are ratings calculated?
To calculate the overall star rating and percentage breakdown by star, we don’t use a simple average. Instead, our system considers things like how recent a review is and if the reviewer bought the item on Amazon. It also analyzes reviews to verify trustworthiness.

Mary Dean
5.0 out of 5 stars Amazing conclusion to an intense series
Reviewed in the United States on November 23, 2019
Verified Purchase
I need to catch my breath after this book. But not just this book. I need to catch my breath after this series. Talk about an adventure! D.L. Blade took readers on an amazing adventure of self discovery. And she knocked it out of the park with this third book. This conclusion to the series, which I am not ready to accept is over, is a gem. The book dives right where The Dark Underworld left off. It didn't take long to be back into the world of Mercy and her friends as they faught evil Maurice and his followers. There were so many moments that I really didn't know what was going to happen! If you love paranormal adventure with lots action, suspense and a little bit of romance, then this is the book (series) for you. I didn't see this book going where it went and it was a happy surprise. I know it's the end of the series but I hope to see more of these characters somewhere down the line. I feel connected to them and I'm not ready to let go. I can't suggest this book enough. But you need to read the series. It is not a standalone. Bravo to D.L. Blade for creating a truly wonderfully addicting series for readers to truly get lost in.
Read more

Angela Carter
5.0 out of 5 stars Supernatural thriller
Reviewed in the United States on November 6, 2019
Verified Purchase
This is the third and final book of this series and would recommend it to anyone who enjoys reading supernatural stories. Mercy continues learning about her past and her gift. Dorian, Joel and Lily help Mercy with her quest to rid the world of evil. Each of the characters help bring this story to life. The story grabs you from the beginning and has you eagerly turning the pages until the end.
Read more
Helpful
Comment Report abuse

ED Foster
5.0 out of 5 stars A Kick-A$$ Heroine
Reviewed in the United States on October 31, 2019
In this third installment of The Chosen Coven Series, Blade takes us on another adventure through a world she has so masterfully created in the town of East Greenwich. In The Dark Deliverance, Mercy has just lost nearly everyone she loves to a death spell cast by her archnemesis, Maurice, and his powerful witch allies. With only Dorian and a handful of her supernatural friends, Mercy seeks out Maurice in an effort to end his reign of terror and once again save mankind. Maurice has grown gluttonous with power, and he desires nothing more than to wipe out all supernatural beings who refuse to bow to him and name him supreme lord. The only way to stop him lies in the power of the bark from a single tree – the tree from which Mercy was hanged in the 1600’s when she was condemned as a witch. To obtain the tree bark and harness its power, Mercy must travel to the underworld and to the island of Barbados, where she encounters a native shaman tribe. Mercy must rediscover her ancient powers and harness the universal elements in order to save those she loves most, free the world from Maurice’s clutches, and send him to Hell for all of eternity. But Maurice won’t give up that easily, and he concocts a twisted game to lure Mercy into his grasp and take his place as the absolute ruler of darkness. Maurice and Mercy’s epic game of tug-of-war will culminate in a final battle that will remind readers of the ultimate scene at the end of the Twilight series. Full of adventure, paranormal romance, and the epic struggle between good and evil, this book will leave readers on the edge of their seat, biting their nails, and wringing their hands as they turn the page to find out how Mercy’s journey finally ends. And trust me, no one will close this book and feel unsatisfied. Blade does a phenomenal job of wrapping up this trilogy and giving readers the sense of fulfillment they seek when reading the final book in their favorite series. The only downside is, when it’s all said and done, you’ll find you miss badass Mercy, her circle of loveable supernatural friends and family, and even supremely evil Maurice. Well done to Blade and kudos for putting a big red bow on a wonderful series that has taken readers on a whirlwind tour through a supernatural world unlike any we’ve read before.
Read more
One person found this helpful
Helpful
Comment Report abuse

linda
5.0 out of 5 stars love this series
Reviewed in the United States on December 19, 2019
REVIEWED BY: LINDA TONIS
MEMBER OF THE PARANORMAL ROMANCE REVIEW TEAM
I couldn’t wait for book three to get all the answers about the Chosen Coven and the characters I had learned to love but it is with sadness knowing that this series is over. Mercy has to deal with the loss of her coven who gave their lives willingly to save hers. The spell to block her feelings for Caleb and Dorian is not longer in effect and her love for Dorian has returned full force. Mercy has one goal and one goal only and that is to bring her coven back to life and kill Maurice once and for all.

In order to bring her coven back to life she has to return to Purgatory to find Caleb and get him to reveal the secret of how he brought her back but it is a secret he is still unwilling to reveal. What she did discover was that there is evil trying to enter the world an evil that must be stopped at all costs. Maurice has finally discovered the secret allowing vampires to walk in the sunlight and he is building his army, an army to destroy witches and werewolves and get his plan for world domination to become a reality.

Mercy discovers that in order to bring her coven back to life she needs the bark from a tree, the tree that she was originally hung from in the seventeenth century and a tree that holds more secrets than she could ever have expected. The search for the tree would once again put her and Dorian’s lives in danger but there is nothing that will keep her from trying. Dorian has kept secrets from Mercy and it is a huge secret that changes everything about him, but I will not reveal what the secret is. Mercy also discovers more about her past and that is also something I won’t reveal.

This book and this series held my attention from beginning to end, the characters are amazing and the battle between good and evil is filled with suspense. There are no questions unanswered and this last book left no page unturned.

Sophie Koufes
5.0 out of 5 stars Must Read Epic Supernatural Series!
Reviewed in Canada on February 28, 2020
Verified Purchase
The Dark Deliverance: Urban Paranormal Fantasy (The Chosen Coven Book 3) is the epic ending to this young adult urban paranormal fantasy series. A stellar piece of writing crafted with sorcery, suspense and mystery. I absolutely loved getting a few chapters told in Maurice point of view. So sad to see it end, but im so looking forward to reading the spin off series which is about supporting character Desiree. One of the best young adult urban paranormal fantasy series i've ever read.
Read more
Report abuse

patricia labrie
5.0 out of 5 stars Superb
Reviewed in Canada on November 17, 2019
Verified Purchase
What an amazing end to the series. Sad that it's over. I absolutely loved this book
Read more
Report abuse
See all reviews