You've subscribed to Blood of Blood! We will preorder your items within 24 hours of when they become available. When new books are released, we'll charge your default payment method for the lowest price available during the pre-order period.
Update your device or payment method, cancel individual pre-orders or your subscription at
Your Memberships & Subscriptions
There was an error. We were unable to process your subscription due to an error. Please refresh and try again. 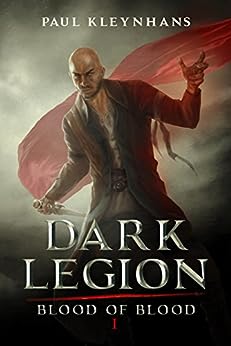 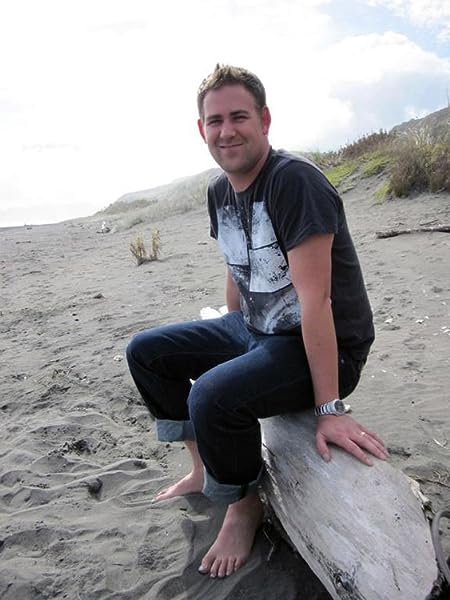 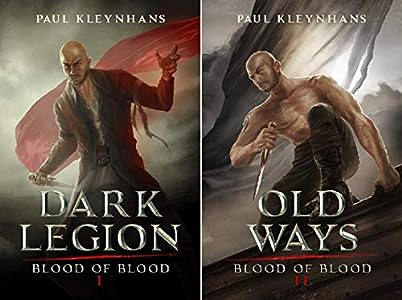 4.0 out of 5 stars
4 out of 5
21 global ratings
How are ratings calculated?
To calculate the overall star rating and percentage breakdown by star, we don’t use a simple average. Instead, our system considers things like how recent a review is and if the reviewer bought the item on Amazon. It also analyzes reviews to verify trustworthiness.
Top reviews

teamlb
5.0 out of 5 stars Excellent Fantasy Adventure!
Reviewed in the United States on June 8, 2015
Verified Purchase
Dark Legion is a wild adventure that will keep you turning the page desperate to know what happens next. With a murderous assassin for a main character, I knew that this story would have the anti-hero bent that I've come to love. Saul did not disappoint as a true amoral misfit.

The plot is pretty fast-paced and covers a lot of ground. The three main characters are great. The way Kleynhans writes their friendship is Whedon worthy. Who doesn't want a big guy around who can fight like none other but mostly just wants to give out hugs. The characters are all complex, and at the end of the book there is still plenty to learn. The one female character is a feisty mage with a fiery temperament and a vocabulary to match it. Needless to say, I liked her.

The magic system is fantastic. There are varying abilities from fire to teleportation to illusion. The magic takes a physical toll on the user. The tyrannical emperor has some truly disturbing ways of dealing with unwanted threats to his power. All of this combined with a wild card wizard with his own agenda create a world that I can't wait to jump back into in book two.

I will warn you that this book is probably best enjoyed with a nice pale ale. Cheers!
Read more
One person found this helpful
Helpful
Report abuse

L. K. Evans
4.0 out of 5 stars Good start to a series...
Reviewed in the United States on March 7, 2015
Verified Purchase
Saul is a prince who was captured and forced into slavery by an emperor who’d conquered his kingdom. We start Saul’s story on the day he escapes his captors and sets off to regain his kingdom’s freedom. The premise is very simple yet I found the story took some rather nice turns.

For me, I loved the first 15% of this book and the last 15%. I mean, I really really enjoyed it. Matter of fact, if the middle had been faster paced, I would have easily loved this book. And I bet that if things moved quicker, I might have even become obsessed. Unfortunately, the middle of this book felt like one drawn out plan to get into a castle and then was followed by a detailed execution of that plan. Granted, it was a good plan and there was stuff that needed to happen to deepen the plot and set up some things for the series, but for me it was just too slow. It probably goes back to my occasional wandering mind when stuck in one location for too long. For the entire middle of the book, we were in one city set on one task with some side adventures. I tend to like a bit more travel in my stories, and if you’re going to be in one location, the story needs to move super fast for me. This is—obviously—purely personal preference. There are a few stories that I have loved where the characters never move from one location, but it’s rare. This isn’t a short read, but it’s not overly long if you’re a reader who likes a bit more detail in their books, especially involving plots and planning.

The world was interesting enough. I felt satisfied in what I was given, had a good mental image and understanding, and enjoyed the run-ins with the Inquisition that gave this story a nice depth.

What pulled this book completely from my indifferent feeling was Saul. The story is told in first person, which I always enjoy, and we really get a good look at a man who has grown up in slavery. He comes out not exactly whole, and he went through some pretty horrible stuff that explains why. His intentions are good, but his callousness toward human life gets him in some tuff situations. There were some great lines from him that managed to get me to smile. Because of the sure enjoyment I found in Saul’s voice, I would definitely pick up the second book. I would hope it’d move faster since a lot of the building blocks are already set.

The two secondary characters are interesting enough, and Marcus’s carefree attitude is a good play on Saul’s more serious nature. I liked their interaction. The other characters felt very standard with nothing sticking out. Most played a very minor role so it didn’t bother me. I never felt cheated nor did I ever want to explore any other characters. I was satisfied with what I got from them.

So overall, this is a good book with huge potential in the second installment, which I fully plan on reading.
Read more
One person found this helpful
Helpful
Report abuse

Kindle Customer
4.0 out of 5 stars A good read with a not so good hero
Reviewed in the United States on October 4, 2017
Verified Purchase
Excellent read well worth the time to set down and read the series word word word word word word word
Read more
Helpful
Report abuse

Maxwell P. Svenson
5.0 out of 5 stars Hurry up with book 3.
Reviewed in the United States on April 19, 2016
Verified Purchase
The book was awesome, I can't wait for book 3.
Read more
Helpful
Report abuse

Ryk
4.0 out of 5 stars Four Stars
Reviewed in the United States on July 14, 2014
Verified Purchase
Well written with a good plot. Will be interesting to see where book 2 goes
Read more
One person found this helpful
Helpful
Report abuse

Cherryg
4.0 out of 5 stars Four Stars
Reviewed in the United States on October 27, 2014
Verified Purchase
Interesting reading. I look forward to the next part.
Read more
Helpful
Report abuse
See all reviews

Doug C
5.0 out of 5 stars Loved it.
Reviewed in the United Kingdom on July 6, 2015
Verified Purchase
Thoroughly excellent read.
Fast paced. Page turner with wit & intelligence. Waiting with expectation for the next instalment.
Read more
One person found this helpful
Report abuse

F Ravenscroft
2.0 out of 5 stars Ok
Reviewed in the United Kingdom on July 2, 2015
Verified Purchase
Different
Read more
Report abuse
See all reviews
Back to top
Get to Know Us
Make Money with Us
Amazon Payment Products
Let Us Help You
EnglishChoose a language for shopping. United StatesChoose a country/region for shopping.
© 1996-2021, Amazon.com, Inc. or its affiliates