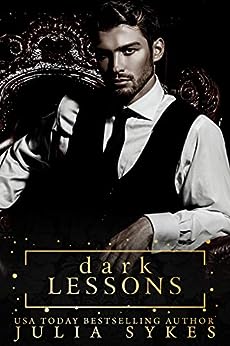 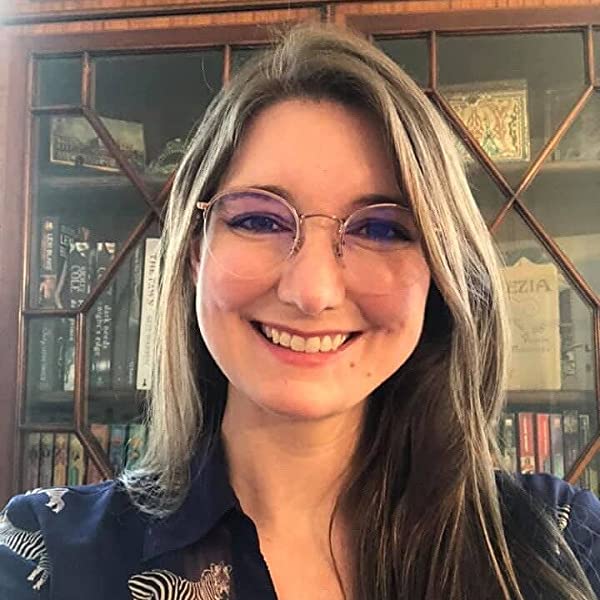 4.2 out of 5 stars
4.2 out of 5
622 global ratings
How are ratings calculated?
To calculate the overall star rating and percentage breakdown by star, we don’t use a simple average. Instead, our system considers things like how recent a review is and if the reviewer bought the item on Amazon. It also analyzes reviews to verify trustworthiness.

Kindle Customer
5.0 out of 5 stars Romantic Suspense at its Best
Reviewed in the United States on October 2, 2017
Verified Purchase
This book had everything I love in a Romantic Suspense. Jason and Natalie are strong but sympathetic characters in a suspense filled FBI drama. They meet in a bar across from her motel on the eve of her first day of training at Quantico to become an FBI agent. Jason graduated the previous year but has been sent back to be disciplined, and psychiatric counseling after a bout worth PTSD left him addicted to prescription meds for awhile. After spending what they thought would be a one night stand together, Jason ends up being her instructor in hand to hand combat. Just before her graduation something happens to rip them apart and Jason is transferred to Chicago to pick up the pieces of his life.
This story has plenty of kinky sex and the plot takes some surprising turns that keep you thoroughly engaged.
Story: 5
Writing: 5
Editing: 5
Characters: 5
Heat Index: 4.5
Read more
22 people found this helpful
Helpful
Report abuse

SR362
3.0 out of 5 stars Too much plot.
Reviewed in the United States on September 14, 2019
Verified Purchase
The opening chapters gave me so much hope, but this book had a pacing issue (directly related to plot overload). The FBI professor/student had mad potential to unfold like a Grey’s Anatomy-like premise, but it lacked the emotional thread that kept me connected to the characters & honestly there was just too much going on.

Still, I’ll give it 3 stars because the writing was okay, the cover is good, and it was edited well. This book just wasn’t for me.
Read more
9 people found this helpful
Helpful
Report abuse

The chapters under “Breaking” were a little darker and more sinister. The twist was one I didn’t see coming and it took me by surprise. Jason and his new partner Sam are out to find answers and to find out what really happened to Natalie. We get to read about their pain, sadness and angst in the section.

The chapters under “Reunion” left me with more questions than answers, but maybe that is the way Ms. Sykes is leading us to grab the next book in this series, which is Sam’s story. One question that I felt needed to be answered in this book was who Natalie (and the others) really was working for? Someone in the FBI/CIA knows but this little tidbit was never revealed. Maybe we will find out in the next book that gets released.
Read more
8 people found this helpful
Helpful
Report abuse

Shanice E
5.0 out of 5 stars Magnifique🙌🏽🙌🏽🙌🏽🙌🏽
Reviewed in the United States on August 5, 2019
Verified Purchase
Seriously better than I expected! Usually when books are free I keep my expectations low but forbidden romances are my thing so I had to give it a chance and I'm glad I did!! The pace of the book was amazing to me once I started I couldn't stop, there wasn't any dragging moments where I was bored and couldn't go on, I didn't want to put the book down!! Jason and Natalie together was magic their relationship total goals the sex scenes were fire and the tender scenes took my breath away! They never gave up on each other were willing to deal with each other's issues no hesitation and I just couldn't get enough! Great job Julia truly you know how to write a brilliant heart warming spicy sexy gripping book and I definitely recommend to anyone looking for an introduction to Dominant and submissive relationships without getting to heavy and intense on the bondage. I can't wait to get to Sam's story.
Read more
4 people found this helpful
Helpful
Report abuse

Megan
2.0 out of 5 stars It was a little less than OK
Reviewed in the United States on September 2, 2019
Verified Purchase
Book moved quickly since nothing went into detail. And I do mean NOTHING! Characters sort of started out strong the first few chapters then fell completely flat. The H/h fell in love after 2 weeks but neither one said anything. Then the next chapter starts off with week 17 and that’s when they finally profess their love. Yeah, mkay, whatever.
We know the H was beat by his dad, but that’s it. That’s all we know. We never find out why his dad did what he did. Or why his dad seems to hate him. Nothing is ever developed in this book that it got so aggravating I was getting ticked on why there wasn’t any explanation for ANYTHING!
This had the potential to be a duet and could’ve gone into a lot more detail.
Read more
2 people found this helpful
Helpful
Report abuse

Jodie
3.0 out of 5 stars Abuse of power is not romantic
Reviewed in the United States on August 25, 2019
Verified Purchase
I did like how the story did move along but I always have a problem with a teacher/superior taking advantage of their student risking their career instead of waiting for them to be free. Now that's love and not instant gratification. There was a lot of mystery and some heart stopping moments that help to make up for the "abuse of power" but I'm not sure there was enough there for me to really want to invest more time in the series than this.
Read more
3 people found this helpful
Helpful
Report abuse
See all reviews

However, then parts two and three happened! Recruit/submissive gets killed on her first op. There is quite a graphic death scene, including gurgling and description of a death rattle. Trainer/Dominant breaks down. He gets transfered out of Quantico.

Recruit/submissive wakes up... to discover she has been kipnapped and is being tortured so that she can be reconditioned into an "operative" by an unknown organisation. This torture requires her to have multiple orgasms whilst being tortured and this somehow reconditiones her brain so she forgets all about her previous life and the torture and now trusts the abuser.

Fast forward several years, Dominant and submissive run into each other again. One night with him undoes all her conditioning and they are going to get help when...

They both get kidnapped and taken to be tortured. However, no-one checked the Dominant for a tracker and he gets found. They let him out of the cell he's in, he goes running naked through the facility until he finds submissive being tortured and kills her torturer...

And they live happily ever after.

Honestly, it was a ride. And not a particularly good one! I don't think I'll read it again.
Read more
Report abuse

Shyan
1.0 out of 5 stars Huge disappointment
Reviewed in the United Kingdom on August 15, 2019
Verified Purchase
This book started well but suddenly started to make huge time jumps at around 50% in and then the plot just went off the rails. It felt like the author was trying too hard stay away from a cliched ending but went too far and the plot ended up making no sense. I was ready to give up at about 60% but I had invested my time so did some speed reading to get to the end.
Read more
2 people found this helpful
Report abuse

Chris
5.0 out of 5 stars Ridiculously hot!
Reviewed in the United Kingdom on September 7, 2019
Verified Purchase
This story was so deliciously hot that I've now read it through three times since purchasing it, and it's become one of my favourites. Well written and exciting plot, coupled with explosive chemistry between the main characters.
Read more
Report abuse

Angel
2.0 out of 5 stars Not my kind of book
Reviewed in the United Kingdom on September 15, 2019
Verified Purchase
Well written but this was not for me. Several times I considered leaving this book as I found the scenes disturbing. I slipped over quite a lot and won't be reading the next one. Not my preferred style I'm afraid.
Read more
Report abuse

Jacqueline Burgess
5.0 out of 5 stars Dark was Brilliant
Reviewed in the United Kingdom on September 17, 2020
Verified Purchase
Dark Lessons was a great read. A superb storyline and just enough erotica! It has made me want to buy the second in the series and I can’t wait to get reading. Five stars fully justified.
Read more
Report abuse
See all reviews