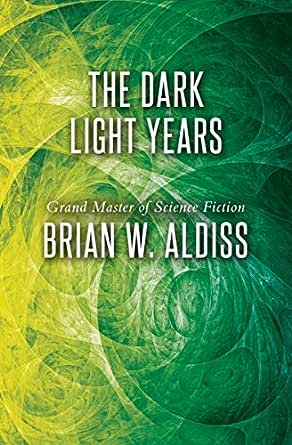 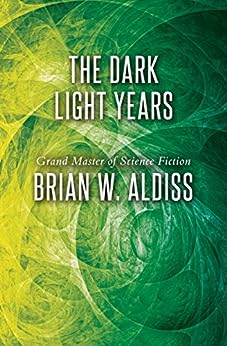 3.4 out of 5 stars
3.4 out of 5
15 global ratings
How are ratings calculated?
To calculate the overall star rating and percentage breakdown by star, we don’t use a simple average. Instead, our system considers things like how recent a review is and if the reviewer bought the item on Amazon. It also analyzes reviews to verify trustworthiness.
Top reviews

Michael G Kurilla
3.0 out of 5 stars Alien intelligence: compare and contrast
Reviewed in the United States on September 6, 2020
Verified Purchase
Brian W Aldiss' The Dark Light Years is an exploration of the concept of intelligence and the difficulties in disparate species finding common ground. The basic story is one of early stellar exploration. On one such mission, creatures resembling a two headed hippopotamus are discovered. In classic fashion, humanity begins by killing them and then studying them. The creatures do not seem as interested in communication and at the same time, enjoy copraphilia which tends to lower them in humanity's assessment. To add more mystery, the creatures do not appear native to the planet and a 'wooden' spaceship is found with them. After much back and forth, another mission is mounted to discover their home planet. One of the crew ends up on that first planet for the rest of his life.

Aldiss focuses on the concept of intelligence and explores preconceptions both positive and negative. He dismisses, without much effort, finding common ground in either mathematics or science (which seems pretty essential for any species with space travel capability) and hones in exclusively on language. While the alien language is accessible to the reader, there is little in the way of any interest on the part of the aliens regarding their own fate once they can wallow in their own excrement. At the same time, all the human characters are wholly unremarkable or notable. There is no hero in this tale; only a grudging recognition that both sides are hopelessly self-centered to connect.

Mia
4.0 out of 5 stars Science fiction to make you think
Reviewed in the United States on March 2, 2017
Verified Purchase
Civilization is a distance the man has placed between him and his excreta. What an idea, though, of course, not without its limitations. Conceptually this is precisely the sort of scifi I enjoy. The sort that uses fictional constructs to address serious topics. The sort that uses aliens to talk about humanity. In this case the fictional construct is an alien race found and found offensive by earth explorers. Offense in the form of not subscribing to standard humanoid measures of hygiene. It matters not, of course, that Utods are in fact a sophisticated race with advanced technology and philosophy, the men (confined by their impregnable anthropomorphism and galvanized by narrow minded prejudice) see their wallowing in mud habit and their excretions as appalling, thus rendering the entire race as inferior, thus making it ok to slaughter, imprison and torture. So this really is a sociopolitical satire about humankind's rationalization for violence through their inability to understand another culture and thus perceiving it as lesser. A lesson in xenophobia, quite timely one too. The gentle intelligent Utods didn't stand a chance. The novel was written in 1964 and occasionally reads as such, particularly when it comes to visions of distant future which to us is more or less now. Funny how the present time is both infinitely more and infinitely less stranger than once imagined. The writing was good and so, for the most part, was the pacing. Served as a worthy introduction to a new author, I've never experienced before outside of cinematic adaptation. Certainly makes you think, which is really what books ought to do. After all, Epictetus was right...books are the training weights of the mind.
Read more
3 people found this helpful
Helpful
Report abuse

Chris
3.0 out of 5 stars Strong satire but only a decent novel
Reviewed in the United States on May 25, 2015
Verified Purchase
Humanity has met many species of semi-sapient lifeforms on its expansion across the galaxies, but had never discovered another intelligent race before. That changed when a group of explorers ran into the utod. Hippopotomi-sized, two-headed mammals that wallow in mud and their own filth, traversing the galaxy in wooden spacecraft, the utod are gentle creatures who feel no pain, can change their gender, and communicate in a complex series of whistles and hoots from their eight orifaces. Needless to say, humanity’s gut instinct on first contact is to gun down all but two of them. Taken back to the London Exozoo, the sharpest human minds attempt to converse with the remaining creatures, only to see them fail every man-made test for intelligence. Meanwhile, the utod refuse to open communications with this strange race of two-legged creatures whose second orifice is hidden under clothing, and who shun the holiness of a middenwallow in favor of abject cleanliness.

It sounds like the perfect setup for a social satire---and that's exactly what Aldiss provides, a kind of first-contact, post-colonial take on humanity's anthropocentric expectations of what an alien intelligence should look/act like. Like other such satires (Pohl's Jem comes to mind), it isn't as good at being a novel as it is as biting social commentary. Aldiss' writing is good, as always, but the pacing and particularly the characterization is weaker than normal. The characters are wooden and under-developed; while one "critical" character isn't introduced until the third to last chapter. Most exist as one-dimensional stand-ins for what Aldiss is mocking, the pompous scientists who are already convinced that these grotesque beasts aren't intelligent despite any sign to the contrary. A bit too much hyperbole for some, but I think it amps up the satire when there's only ever one sane man in the room.

Come for the social commentary, which is spot on; if you enjoy social satire SF ala Pohl, Sheckley, Tenn, and others, there's a good chance you'll like this one. Just lower your expectations a bit before diving in. While it's not a bad novel, the pacing and characters haves some serious issues, and it isn't quite able to deliver on its brilliant premise.

Gregg Bender
5.0 out of 5 stars Very interesting take on alien life
Reviewed in the United States on September 1, 2017
Verified Purchase
I've always wondered whether we would recognise intelligent alien life. Their thought and language might be beyond our ability to comprehend. I fear this take might be the outcome of first contact. But which side of the equation would humans be on...?
Read more
Helpful
Report abuse