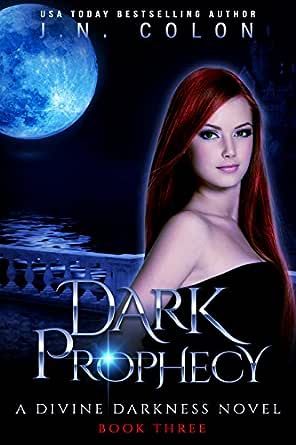 You've subscribed to Divine Darkness! We will preorder your items within 24 hours of when they become available. When new books are released, we'll charge your default payment method for the lowest price available during the pre-order period.
Update your device or payment method, cancel individual pre-orders or your subscription at
Your Memberships & Subscriptions
There was an error. We were unable to process your subscription due to an error. Please refresh and try again. 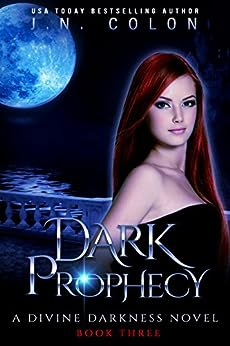 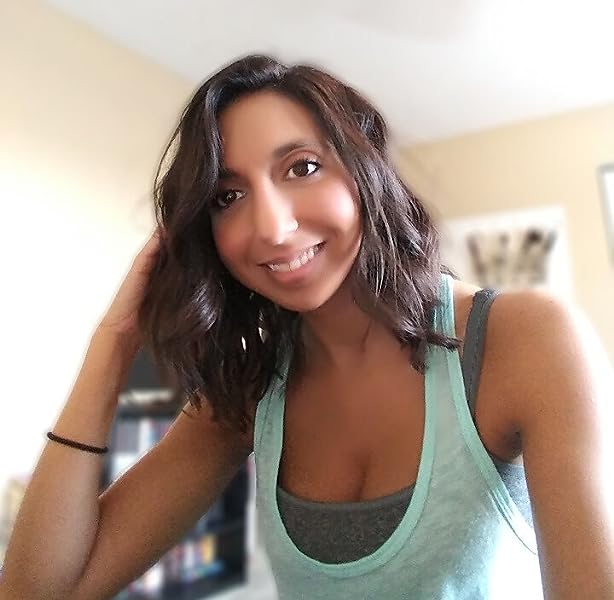 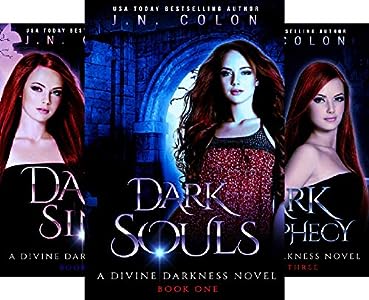 BellaT
5.0 out of 5 stars Love trumps all!
Reviewed in the United States on March 3, 2017
Verified Purchase
What's a girl to do when she's more attracted to her boyfriends brother, than her boyfriend? Hartley tries to figure out what's going on, when Zeke, her boyfriend, keeps showing different sides of himself that she doesn't like. In the meantime, his brother Hayden, whom she fights with constantly, seems to be her savior when things go wrong. Zeke is the only one who knows that a spell has changed their reality into what he wants, and not what it really is. All their lives are put thru trials while Hartley and Hayden try to find out the truth, and Zeke tries to still get the outcome that was prophesied where he gets the girl, and the power. The series is great, and I was thinking about taking some points away for the errors in text, but decided to grade on the story itself. The story definitely deserves five stars.
Read more
Helpful
Comment Report abuse

James Wc Maher
4.0 out of 5 stars Mythological Romance
Reviewed in the United States on February 18, 2015
Verified Purchase
I am new to this series, and I didn't even know there was a one and a two before it. I just plunged right into three, and if Greek mythology is something you like, then you'll probably enjoy 'Divine Darkness: Dark Prophecy' which is actually book three of the series.

Hades and Zeus have fallen in love with the same girl: Hartley. She is tied to the Underworld in a way explained in the previous books, and I'm going to have go back and find out for myself what that's all about, but the author does a decent job of bringing everyone up to speed. Hades and Zeus have real world alter egos: Hayden and Zeke. Zeke (Zeus) makes a deal with Hecate that Hartley can lead a normal life, but only if Hayden forgets about her, and vice versa.

I don't normally read mythological romance, but I found myself enjoying this book. I loved the Percy Jackson books, and at times, this felt like a grown-up version of those. There are nice little touches throughout of the gods trying to blend in with the real world, such as Hermes wearing Chuck Taylor's, and all of them having to rely on cell phones.

One thing that I could suggest for the author next time is more pith in the character descriptions. They were good, but leave a little more to the reader's imagination. That might just be a personal preference, but it is my review, after all.

I can honestly recommend Dark Prophecy, even if you haven't read any of the other books in the series. The mythology adds a nice layer to the love triangle that takes it out of the tried-and-true realms that so much YA falls into. Well done, Ms. Colon.
Read more
Helpful
Comment Report abuse

Book Succubus
5.0 out of 5 stars Love always finds a way
Reviewed in the United States on October 29, 2018
Verified Purchase
Wow oh wow Zeke did a very bad thing, and I thought he wasn't that selfish. The game that Hayden and Hartley play against each other is freaking hysterical I was almost crying it was so funny. This one was great, it was dripping with sarcasm through and through. And no better mess with Hartley not only will Hayden come after you but she got a mean right hook.
Read more
Helpful
Comment Report abuse

It's supposed to be him, not his brother Hades that gets the girl. Hades is supposed to be out of the picture. Hartley never died, never went to the underworld. She's whole. And she falls for Zeus, Zeke as she knows him.

But spells have consequences and ghosts overrun the town, attracting the attention of Hades. When he comes to town, the game is changed and the new world begins to unravel. It isn't real, but what is? Will Hartley and Hayden be able to find each other when they can't remember each other?

I loved this book, but I had one major problem with it. I couldn't stand Hartley. Before, when she'd been shallow and superficial, it'd been made clear that she was faking it. Now it was who she was. She has an ego the size of mount Everest and there isn't enough sweetness to cover that up.

What does help, is that Hayden is sweet and perfect (when he isn't playing their game).

Jenise
5.0 out of 5 stars Great read
Reviewed in the United States on June 29, 2020
Thoroughly enjoyed this book. Absolutely love the Greek Mythology theme. Easy to read and with no vulgarity or a bunch of sex scenes even teens could read it.
Read more
Helpful
Comment Report abuse

Witcheekimmie
5.0 out of 5 stars Bittersweet
Reviewed in the United States on September 25, 2019
The storyline was great. I started to feel uncomfortable with the scenes between Hartly and Zeke but it made the reunion so much sweeter.
Read more
Helpful
Comment Report abuse

Dyanna
5.0 out of 5 stars Love this mythological story
Reviewed in the United States on November 5, 2016
The battle for Hartley continues in book 3 and it was awesome. The twist that J.N. Colon created was so much fun to read and it definitely kept me wanting to read more. Adding this twist in book 3 was a great idea and really kept the story fresh. Can't wait to read book 4.
Read more
Helpful
Comment Report abuse

Book crazy14
5.0 out of 5 stars Divine Darkness- Dark Prophecy
Reviewed in the United States on December 2, 2014
This is another great book but I didn't like Zeke in the last one and I really didn't like him in this one. However I did fall even more in love with Hartley and Hayden even though sometimes I wanted to jump in the book and smack them lol. I love this series and I can't wait to read more from J.N Colon.
Read more
Helpful
Comment Report abuse
See all reviews