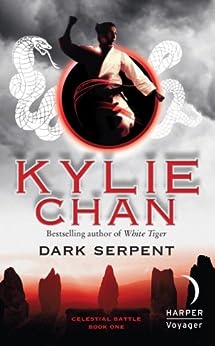 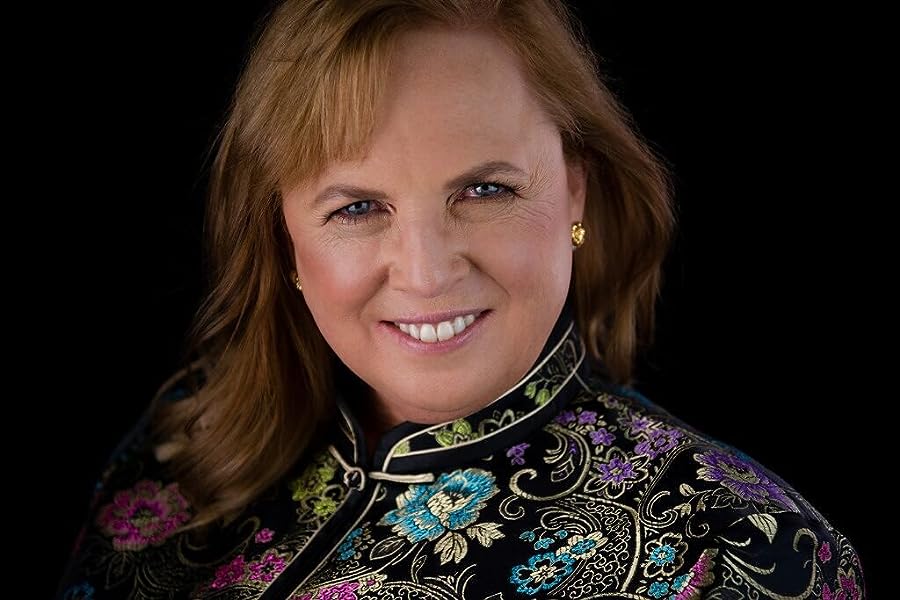 When the ancestry of Xuan Wu's fiancée, Emma, is revealed, it threatens the harmony of the whole Celestial realm. The demons are gathering, powerful alliances are being made and stone Shen are under threat. However, Xuan Wu is distracted—he must save Emma from the Demon King and give her the elixir of immortality, but at what cost?

"The Haunting of H. G. Wells" by Robert Masello for $7.25
A plot against England that even the genius of H. G. Wells could not have imagined.| Learn more
Next 3 for you in this series See full series
Total Price: $18.97
Books In This Series (3 Books)
Complete Series
Celestial Battle Trilogy
Kindle Edition
Page 1 of 1Start OverPage 1 of 1
Previous page
Next page

Kylie Chan started out as an IT consultant and trainer specialising in business intelligence systems. She worked in Australia and then ran her own consulting business for ten years in Hong Kong. When she returned to Australia in 2002, Kylie made the career change to writing fiction, and produced the bestselling nine-book Dark Heavens series, a fantasy based on Chinese mythology, published by HarperVoyager worldwide. She is now a fulltime writer based in Queensland's Gold Coast, enjoying the beach and writing a new science fiction series.

Cindy Kay is a Chinese Thai American narrator and educator who grew up in the California Bay Area and lives in the Rockies. Her work has been described as listening to a "cozy best friend." She narrates fiction and nonfiction, and has studied Spanish, Portuguese, Thai, and Japanese.

Kylie is the author of the 'Dark Heavens' fantasy series, and the 'Dragon Empire' science fiction series. For more information on Kylie and her books, please visit her website at www.kyliechan.com.

'Dark Heavens' Trilogy (Available as an Omnibus edition in Australia/NZ)

'The Bride With Red Hair'

- In the same universe, but no Dark Heavens characters are present.

- a prequel that can be read independently of the Xuan Wu series. It tells the story of Gold, one of the minor characters, starting in 1720 and finishing just before the beginning of 'White Tiger'.

Visit Kylie's page at www.kyliechan.com for free copies of the novellas and updates on appearances and signings.

Amy Yao
5.0 out of 5 stars Absolutely loved this one
Reviewed in the United States 🇺🇸 on May 26, 2014
Verified Purchase
I absolutely loved this one. I had reread all the books before reading this. Yes, some of the story lines from the others were a bit repetitive (my friend, who got me into the series, gave up a few books ago), but she throws in new characters here and there so it kept me going and I really love the characters. This book is awesome in that she brings in the Western Shen. Totally blew my mind! What a great twist in her view of who they were, what happened at the time, and how they have come to be missing (btw - it would neatly explain the whole St. Patrick story!). This had me in tears at times (in a good way!) and laughing out loud at others. It was great to see the JE more involved in the story line though I missed Miss Kwan - totally understandable, though. I flew through the book only because I had to know what came next, not because I was skimming. I couldn't put it down. I love all these stories about gods. I think, overall, most of the major categories of gods have been covered through a variety of books: Rick Riordan covers Greek/Roman and Egyptian and is working on Norwegian gods with a possibility of crossovers later, Colleen Houck covers Indian gods, and Kylie Chan covers the Chinese gods. I'm waiting for someone to cover Native American gods and I'm good to go! I can't wait for Demon Child to come out (the day after my birthday!)
Read more
Helpful
Report abuse

Amazon Customer
5.0 out of 5 stars Dark Serpent
Reviewed in the United States 🇺🇸 on May 1, 2014
Verified Purchase
I have been a fan ever since I read white tiger 3 years a go and its one of my top 5 favorite series. Dark Serpent is a grate kick off to the new series picking up where it left off. It continues the story so extremely well I could not put the book down and I read it all in one day! :) It was vary interesting and exciting book with a new twist to the plot of the story. When reading the book some parts are written in Xuans point of view giving new light on his view in the story. I'm happy to say that I can't wait for the next one to come out and that anyone that has read the other books will love this one jut a much!
Read more
Helpful
Report abuse

Emma L.
4.0 out of 5 stars A bit rushed, but otherwise good
Reviewed in the United States 🇺🇸 on January 18, 2018
Verified Purchase
It has been a while since I read the other trilogies. In the meantime, me-Emma went through.. similar things book-Emma did. So, I was able to empathize with the characters as I always have been able to, but it seems like it was a bit rushed to get there.

Looking forward to the rest of the series.
Read more
Helpful
Report abuse

Shoelessme
3.0 out of 5 stars Downhill
Reviewed in the United States 🇺🇸 on May 30, 2014
Verified Purchase
First, let me say I loved the first few books in this world. It was different and fun. I am getting extremely tired of the demon king always knowing exactly what heaven is doing. It seems that the only reason heaven ever wins a fight is because they have most of the BA fighters... They get outsmarted every single time. That is getting old. I like my heroes to be smart enough to at least hold there own not bumble there way into victory.
That being said it is still well written, the characters are interesting and the series has been alot of fun. I just hope it gets back to the earlier books where they occasionally outsmart the demon king as well.
Read more
3 people found this helpful
Helpful
Report abuse

Amazon Customer
5.0 out of 5 stars Another fantastic installment in the ongoing saga
Reviewed in the United States 🇺🇸 on September 26, 2013
Verified Purchase
I love Kylie Chan's books. I love the characters, the settings, the martial arts, the fighting, the family ties ... I could go on and on.

This is another brilliant step in the saga that I thoroughly enjoy reading. I feel like I know Emma and all the characters and although I will be very sad to read the last book, I am excited that it is getting closer and hopefully will end how I have wished it would all the way through.

R65guy
5.0 out of 5 stars An Attractive Series
Reviewed in the United States 🇺🇸 on November 21, 2019
Verified Purchase
Ms Chan's books get better each after the next. This series is a well thought out exploration of cultures and religions. The character development continues to astound.
Read more
Helpful
Report abuse

Readsalot
5.0 out of 5 stars Love this author & the series
Reviewed in the United States 🇺🇸 on May 6, 2014
Verified Purchase
I think Kylie Chan is a gifted writer & I've enjoyed watching her 'craft' develop. This is a really good read & worth my time & money every time. I've been reading this series from book 1 truly an intricate & detailed world & tale. My only (mildly) negative comment is that it's getting very complex now & the reader must read the previous books to avoid getting lost!
Read more
One person found this helpful
Helpful
Report abuse

Cathy
5.0 out of 5 stars The beginning of a battle
Reviewed in the United States 🇺🇸 on August 11, 2014
Verified Purchase
This is mainly John and Emily's story. All of your favorite characters are here, but this is the story of Emily time to "be lost". John must find her and he does. While Emily is lost, she finds out her real self and why she is wanted so desperately wanted by the Demon King. Another must read by author Kylie Chan.
.
Read more
Helpful
Report abuse
See all reviews

Sweet pea
5.0 out of 5 stars Gotta read them all!!
Reviewed in the United Kingdom 🇬🇧 on January 2, 2015
Verified Purchase
The second book in the Celestial Battle trilogy, the third and final trilogy in this fantastic saga about The Dark Lord and most importantly, the brilliant but surprising heroine Emma. Yet again Kylie Chan absolutely nails it. Suspense, action, twists and turns and underneath it all a beautiful love story not only about John and Emma but the whole Celestial family who we have grown to love. Now I am traumatised because I have to wait for the final book - the conclusion to this epic saga whilst also not wanting it to all be over!!! If you haven't read them all you are in for a rare treat and I am slightly envious of anyone about to dive in.....must read from the beginning again!
Read more
Report abuse

BluJaam
5.0 out of 5 stars Really enjoyed the book
Reviewed in the United Kingdom 🇬🇧 on October 20, 2014
Verified Purchase
Really enjoyed the book. Was a bit concerned that the story might lose something shifting location from the Far East, but it didn't. Can't wait for next installlment
Read more
Report abuse

D. Clyant
5.0 out of 5 stars Superb
Reviewed in the United Kingdom 🇬🇧 on August 19, 2015
Verified Purchase
as all the other books exceptional and can't wait for the next book in series to come out.
Read more
Report abuse