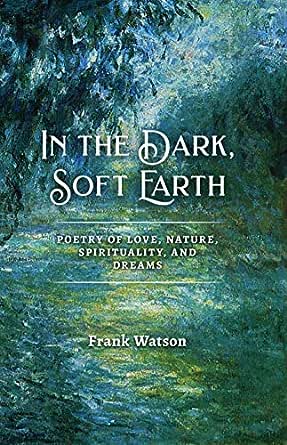 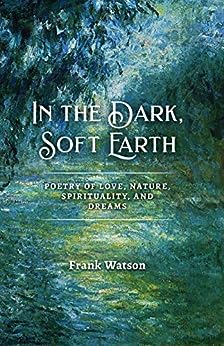 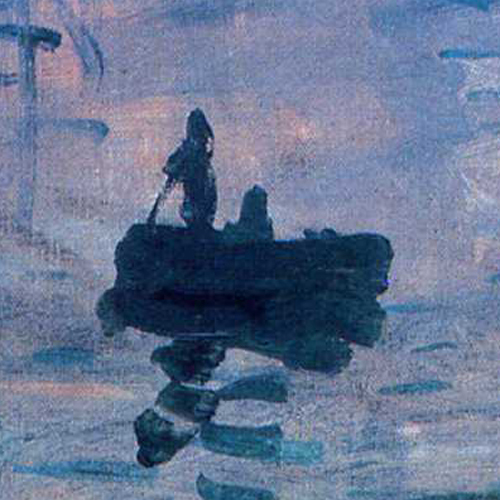 "A dazzling and intriguing poetic examination of the wonders of the universe."
--Kirkus Reviews (starred review)

finding meaning
in the subtle underpinnings
of this soft earth

4.2 out of 5 stars
4.2 out of 5
111 global ratings
How are ratings calculated?
To calculate the overall star rating and percentage breakdown by star, we don’t use a simple average. Instead, our system considers things like how recent a review is and if the reviewer bought the item on Amazon. It also analyzes reviews to verify trustworthiness.
Top reviews

Andre
5.0 out of 5 stars Rich, Fertile Poetry
Reviewed in the United States on July 7, 2020
Verified Purchase
In the Dark, Soft Earth by Frank Watson is one of the more ambitious poetry compilations I have encountered. It is not one book but a collection of ten “books”, or thematic sections, with titles such as “Within the Weeping Woods” and “Beneath the Raven Moon.” The poems in each book or section are often thematically linked with synonymous metaphors or a central image so that the poems flow from one to another, like stream of consciousness. In “Book Seven: Omens”, spirits, phantoms, and shadows occur. Such groupings create a unified whole for each section. This enhances my enjoyment and delight.

Speaking of delight, the delights of In the Dark, Soft Earth are also the full-color art reproductions. Because of the high cost of color printing, it is often cheaper to print poetry/art books with black and white images or with no images at all. I have seen many poetry books with color reproductions so poor that they distract from the poems rather than enhance them. Not so with In the Dark, Soft Earth. The colors pop. Surreal, dreamlike images range from Henri Rousseau’s “The Sleep Gypsy” to Edward Hopper’s “Nighthawks.” Poems are often inspired by images, or the appropriate images are selected for the poems, so that image and text speak to one another in ekphrastic revelry. This is most effective in “Book Eight: An Entrance to the Tarot Garden,” in which each poem is inspired by tarot cards, such as the Rider-Waite tarot cards of 1909 or Bonifacio Bembo’s hand-painted tarot cards of 1441-63. The gold shined so much I wanted to scrape it off my screen. In the Dark, Soft Earth is an entertaining collection of art and poetry. I imagine it in the center of a home on a coffee table and not tucked away on an office shelf. It is a book you want others to read.

Watson displays a wide range of poetic styles from haiku to rhyme to free verse with a high level of creativity, imagination, and execution. I often hear echoes of other poets such as Basho, Langston Hughes, and William Carlos Williams. In a sense, Watson communicates with other poets across time and space. He communicates to poets now and in the future. In his first poem “origins”, he states, “to the poet/there is a love for beauty/in all its/terrifying forms.” He spends the rest of this volume exploring the interstices between all the terrifying forms of beauty he can imagine, delving “between the heavens and the earth”, “between the rocks and water”, “between the rays/of speckled radiation.” The proposition “between” appears in the titles of the sections “Between Time and Space” and “A Dance Between the Light.”

Watson is a poet who digs. He does not stop at the surface. He gets beneath, within, and between things. He reminds me of a child who is fascinated not by the rock, but by the creepy, crawly bugs and worms found under the rock. After reading In the Dark, Soft Earth, I experience synesthesia. I smell loam under my fingernails. The earth is rich, fertile.
Read more
12 people found this helpful
Helpful
Comment Report abuse

laurian galfesca
1.0 out of 5 stars Don't judge a book by its subtitle
Reviewed in the United States on July 14, 2020
Verified Purchase
This book borrowed the imprimatur of the New Yorker as it was advertised online amidst its articles. (A clever bit of salesmanship.) The subtitle seemed to check all the boxes for me, but I should have paid more attention to the actual title, which contains two adjectives, a sure sign the poetry is spurious. The poems herein do not inspire.
Read more
4 people found this helpful
Helpful
Comment Report abuse

ctk
3.0 out of 5 stars Beautiful words but comes up short
Reviewed in the United States on July 12, 2020
Verified PurchaseEarly Reviewer Rewards(What's this?)
I found myself wanting more while reading through this...many of the poems are nothing more than a couple sentences. Still a very beautiful book that I will look through for a pick me up.
Read more
3 people found this helpful
Helpful
Comment Report abuse

JennAndSteve
4.0 out of 5 stars Wonderful book of Poetry
Reviewed in the United States on August 20, 2020
Verified Purchase
I found this book of Poetry to be uplifting as well as thought provoking. As being a Green Gray Witch, it encapsulates many of the feelings & thoughts that I have also had...walking through and taking in the wonders of the forest, the depths and strengths of the ever-changing sea, and the tranquility yet rush of the air before a storm. Absolutely love the poems based on the Tarot especially! Frank Watson - Thanks for the shared feelings, thoughts, and for putting them into words for me!!
Read more
One person found this helpful
Helpful
Comment Report abuse

Sharon
1.0 out of 5 stars Disappointing
Reviewed in the United States on July 9, 2020
Verified Purchase
Nothing like it was advertised and praised in the New Yorker! Very disappointed.
Read more
4 people found this helpful
Helpful
Comment Report abuse

Sun Flower
5.0 out of 5 stars inspiration
Reviewed in the United States on July 8, 2020
Verified PurchaseEarly Reviewer Rewards(What's this?)
Beautifully written .. inspirational and soothing in the context of our reality today.
Read more
3 people found this helpful
Helpful
Comment Report abuse

Kindle Customer
3.0 out of 5 stars OK
Reviewed in the United States on August 20, 2020
Verified Purchase
There are no "bad" poems here, and maybe there are a few really good lines, but I need much more to say I recommend it heartily. It's definitely okay.
Read more
One person found this helpful
Helpful
Comment Report abuse

Ms. Poe
3.0 out of 5 stars A Mixed Poetic Bag
Reviewed in the United States on October 9, 2020
Verified Purchase
This collection of poems and artwork is interesting, but it doesn't hang together. I think it would have been more effective if it had been published as separate chapbooks instead of as a single volume. Some of the works spoke to me, but just as many didn't.
Read more
Helpful
Comment Report abuse
See all reviews

Dr. Rajesh Munglani
5.0 out of 5 stars Excellent
Reviewed in the United Kingdom on July 9, 2020
Verified Purchase
Imaginative poetry. Meet me pause and ponder and think very differently about the world and people. It is a sort of book I will come back to. It haunts you.
Read more
Report abuse
See all reviews