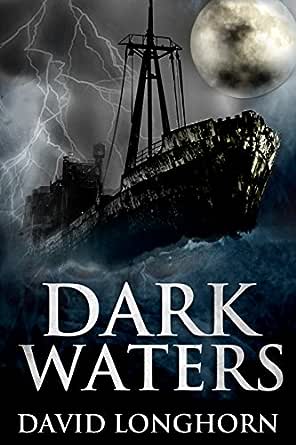 You've subscribed to Mephisto Club Series! We will preorder your items within 24 hours of when they become available. When new books are released, we'll charge your default payment method for the lowest price available during the pre-order period.
Update your device or payment method, cancel individual pre-orders or your subscription at
Your Memberships & Subscriptions
There was an error. We were unable to process your subscription due to an error. Please refresh and try again. 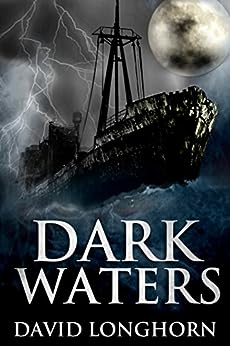 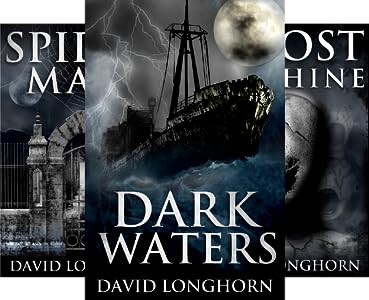 "Not a predictable read. I recommend!"- Jessie G.

"I love all of the Scare Street books, including this one." - Reader

"A good intro to a new series. I can't wait to see what happens next." - Amalthe

"Be prepared for under water horror this time. It will not fail you! I recommend!" - Maureen

"Mr. Longhorn hits it out of the park with this one! As the first of a series, this story has me hooked and waiting for the next in the Mephisto Club Series. Beautifully written, with enough chills to keep you up all night." - Warren

"My lord captain," said Marco, "the San Cristobal is signaling!"

The captain of the Santisima Trinidad showed no sign of having heard the boy. Marco hauled himself along the rail of the galleon to bring himself closer to Don Pedro.

"Sir! The lead ship of our column!"

Marco pointed out across the gray waves. The San Cristobal lay several miles further out to sea. But even at this distance, the signal guns it was firing could not be missed. Nor could the bright-colored, streaming pennants flying from her mastheads. Everything about the great vessel demanded attention. Yet nobody seemed to notice.

The captain, who was clinging to the rigging near the stern, turned his head to look blankly at the boy. Then Don Pedro raised his eyes and looked toward the San Cristobal, which was battling Atlantic breakers. A cloud of black smoke appeared at the ship's stern, was quickly dispersed by the wind. A moment later, the boom of a cannon sounded weakly over the rising gale.

"I see the signal, boy," said the captain dismissively, waving Marco away. Another dull boom sounded. The captain turned back on the San Cristobal, and resumed his gazing at the shore.

Why is he ignoring the squadron commander?

Marco looked east, towards the shore of a large island, gray and uninviting. He had heard officers say that the land they were passing was Scotland. Even he, a thirteen-year-old on his first voyage, could tell they were too close to the rocks and shoals. All ships of King Philip's Armada had been told to steer well clear of the dangerous coast of Scotland. They had no good charts, no safe harbors. The Scots were heretic Protestants, so the only chance for the good Catholic sailors was to battle the foul weather back to Spain. But Don Pedro seemed to have forgotten the admiral's instructions, and was now ignoring the San Cristobal's commander.

Marco made his way forward, clambered down to the main deck. As the youngest member of the crew, his opinion carried no weight. But he felt the need to talk to someone about their bizarre and disturbing situation. Most of the men were either below decks getting some rest or working in the rigging. But old Diego, the carpenter, was working to repair some damaged timbers despite the rising wind and battering waves.

"Come to help me, lad?" the craftsman asked. "Here, hold this plank steady."

Marco did as he was bid while Diego worked. He waited for the howling wind to die down a little so he could more easily talk to the old mariner, who was rumored to be well over sixty. Eventually his opportunity came.

The man paused his work and looked up.

"Not for us to judge such matters, lad. We are not trained navigators."

"But the San Cristobal-" Marco began.

Diego held up a hand. The old man looked around, as if afraid of being overheard. Marco smiled at the thought. The wind was blowing again, carrying salt spray across the deck. The foul weather had persisted for days, leaving everyone damp, cold, and miserable. There was no one else within ten yards of them.

But then Marco began to wonder if Diego was, in fact, worried about eavesdroppers at all. Instead, he put a hand to his ear and titled his head, looking puzzled. The boy frowned. There was nothing to hear but the undying roar of sea and sky.

The old man put a finger to his lips.

"Do you not hear it, boy? Listen carefully."

Marco smiled at the thought that the carpenter was hearing things. But he liked the kindly oldster and wanted to humor him. So, he too, put a cupped hand to his ear. And then he heard it.

It was a sound so faint and distant that it might have easily been the wail of the wind through the rigging, or the cry of a great sea bird wheeling above them in the rain. But somehow, Marco knew it was neither of those things. The sound was somehow powerful for all its weakness, a keening that rose and fell in a way Marco had never heard before. It was musical but like no earthly music the boy had ever heard. It was a song, but he could not imagine what kind of singer produced it. It was infinitely sad, and at the same time seductive. Though wordless, it seemed to say that lot of Man on this earth was misery and pain. But something about the strange lament also suggested that release from suffering was possible.

And the song conjured up pictures. The pictures upset Marco in some ways and yet they fascinated him too, as if he were dreaming and yet still awake. He saw in his mind's eye a sea-cave, lit with a green light. Water shimmered by glistening rocks. In a recess something moved, a sinuous shape half-seen in the shadows. This, Marco knew, was the strange singer. He glimpsed a writhing form, pale and sinuous. A small, smooth-skinned hand appeared, splayed on the damp stone. Above it, he could almost make out a face. Then the sound was gone, and with it the vision it had brought.

"Did you hear it? Did you see the cave?" demanded the old man.

Marco nodded, staring up at the carpenter.

The boy shook his head. The old man sighed, leaned back on his haunches. He looked out towards the low, gray line of cliffs.

"Too young I suppose. Think yourself lucky, lad," said the old man. "I've only had a glimpse of her. I'm old now, worn out. But most of them are enchanted. See! The beauty that destroys has them in thrall."

Diego gestured at the crewmen lining the rail on the opposite side of the ship. Marco looked, and realized for the first time that hardly anyone else was working. A couple of men were securing one of the great cannons that had almost come loose during a squall. Then moved slowly, as if in a dream. But those two were a picture of frenetic energy in contrast with the other sailors, who were simply leaning on the rail and gazing to landward.

"What's happening?" the boy asked, half to himself.

He looked up and saw that the sailors in the rigging were motionless as well. The men simply hung from the ropes, facing toward the nameless Scottish island, paying no attention to great sheets of canvas that were flapping wildly in the gale. This was even more alarming. Already the Santisima Trinidad was already slowing as the wind spilled from unsecured sails. The galleon plunged and wallowed, almost knocking Marco off his feet.

"It's not just the captain," said Diego, unnecessarily.

"She has many names, lad. A learned man could tell you a dozen, a hundred. But any man who knows the Seven Seas will tell you this; when a sailor hears her song, he is lost. And so is his ship."