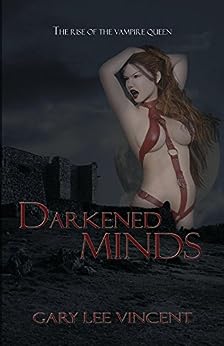 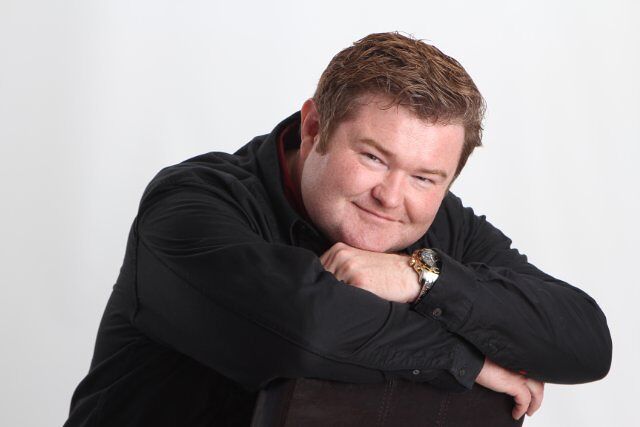 by Gary Vincent (Author) Format: Kindle Edition
Book 5 of 6: Darkened - The West Virginia Vampire Series
See all formats and editions
Sorry, there was a problem loading this page. Try again.
Jackie Nixon intends to become Vampire Queen, but at what blood-drenched cost?

In this continuation to the explosive infernal saga begun in Darkened Souls, newly-turned vampire Jackie Nixon is taking no prisoners. Accompanied by her daughter, Kate, and by the captive vampire lord Victor Rothenstein, Jackie Nixon explores the Darkness. There, she intends to rouse the slumbering vampire race, bound under an ancient curse, and with their help, rule the human world.

But there's a deadly threat to Jackie's plans. Not just William who is trying to stop her, but her own royal ambitions. If Jackie performs the ritual to wake the sleeping vampires the wrong way, she could instead free the Red Beast of Hell, an unspeakable evil that even the undead fear.

Meanwhile, out in the human world, the rock band Belladonna Rose has come to town. Jackie Nixon is a huge fan of the band’s lead singer, Bella Howard. When the pair meet, Hell will be raised in more than one way.

And now, too, Jackie's daughter Kate has just discovered she's pregnant with William's baby. A baby her mother has utterly horrible plans for.

Darkened Minds. Seal your homes tight, everyone. Tonight, the bloodsuckers are out having fun.

This is Book V of Darkened: The West Virginia Vampire Series by Gary Lee Vincent.

Please be advised that this book contains language intended for an adult audience.
Read more
Previous page
Next page

Next 2 for you in this series See full series
Total Price: $5.98
Books In This Series (6 Books)
Complete Series
Darkened - The West Virginia Vampire Series
Kindle Edition
Page 1 of 1Start OverPage 1 of 1
Previous page
Next page

Gary Lee Vincent was born in Clarksburg, West Virginia and is an accomplished author, musician, actor, producer and entrepreneur. In 2010, his horror novel Darkened Hills was selected as 2010 Book of the Year winner by Foreword Reviews Magazine and became the pilot novel for DARKENED - THE WEST VIRGINIA VAMPIRE SERIES, that encompasses the novels Darkened Hills, Darkened Hollows, Darkened Waters, Darkened Souls and Darkened Minds. He has also authored the bizarro thriller Passageway, a tribute to H.P. Lovecraft. Gary co-authored the novel Belly Timber with John Russo, Solon Tsangaras, Dustin Kay and Ken Wallace, and co-authored the novel Attack of the Melonheads with Bob Gray and Solon Tsangaras. Both books are in production to be major motion pictures. His short story Glory Holes appears in The Big Book of Bizarro. His short story The Tailsman appears in Westward Hoes and was recently made into a comic book by Burning Bulb Publishing's comics division. His short story Cocaine Connie appears in the Night of the Living Dead tribute anthology Rise of the Dead. As an actor, Gary starred as George Pogue in the film Belly Timber and played Oscar in the film My Uncle John is a Zombie. He has appeared in other films such as Endor, The Goddess and Ayla. As a musician, Gary has produced three CDs: 100 Percent, Passion, Pleasure & Pain, and Somewhere Down the Road. A forth musical project, Passion, Pleasure & Pain 2: The Edge of Forever, is in the works for a 2017 release. --This text refers to the paperback edition.

In 2010, his horror novel 'Darkened Hills' was selected as 2010 Book of the Year WINNER by Foreword Reviews Magazine also became the pilot novel for DARKENED - THE WEST VIRGINIA VAMPIRE SERIES. More information on this can be found at www.DarkenedHills.com.

- Attack of the Melonheads (with Bob Gray and Solon Tsangaras)

- The Best Actors That Ever Lived

- Lord of the BIrds

- The Big Book of Bizarro

- Rise of the Dead

- The Winner, The Loser

- Agelations: Unlocking The Secret Strategies of the Rich To Help You Succeed In Business & in Life

As a musician, he started into vocal music early in life through choral programs at both church and school. While in High School, he was honored as an All-State bass vocalist. Gary began playing the guitar and writing songs at age 13, attained BMI accreditation at age 14, and had his first Billboard Music Review at 23.

In 2005, Gary won Song of the Year for best Christian song 'Where Would I Be' in the VH1 Song of the Year competition, a program that supports the VH1 Save The Music charity. Said song appears on Gary Lee Vincent's 'Somewhere Down The Road' release.

- Somewhere Down The Road

Gary has appeared in multiple plays and concerts throughout his life but got his motion picture acting debut at the age of 40 and went on to appear in over fifty feature films, including "My Uncle John is a Zombie," "Black Panther," "Midnight (2020)," "The Final Interview," "Strange Friends," and many others.

His first directorial debut was in the faith-based film "A Promise to Astrid," starring Dean Cain. He went on to direct "Desk Clerk," "Dispatched," and co-directed "John Light," starring Michael Ochotorena. He also directed other faith titles, including "Jack Jonah," "A Child of the King," "Coronavirus: Patient Zero," "Coronavirus: Perfect Storm," and "Godsend (2021)."

As a writer, he has published nearly twenty books, including "The Black Circle Chronicles" a Christian Science Fiction mini-series consisting of five installments, as well as "Strange Friends" a Christian story that was made into a feature film. His most recent book is a comedy titled, "The Best Actors That Ever Lived."

His movie biography can be viewed on IMDb at http://www.IMDb.me/garyvincent.