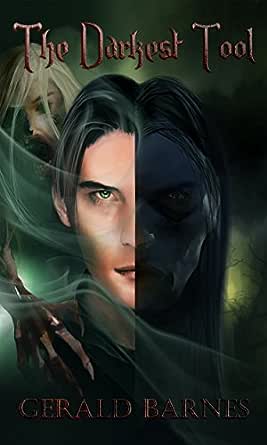 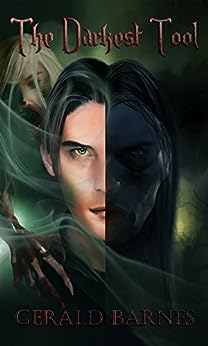 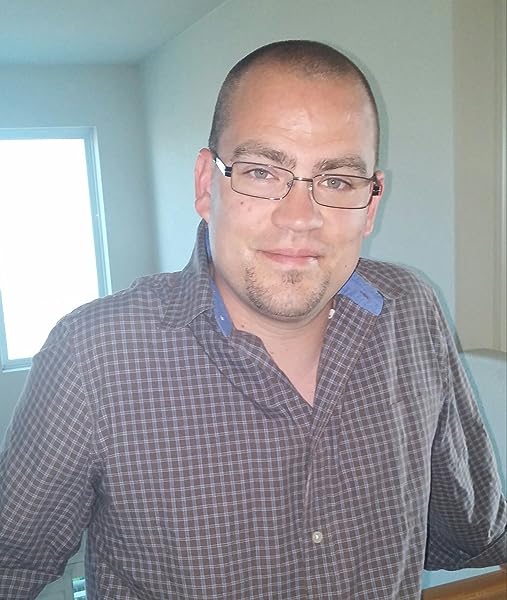 LNC813
4.0 out of 5 stars Epic story
Reviewed in the United States on June 23, 2016
Verified Purchase
The story is of a young man, Jonathan Night, who, unbeknownst to him, is being groomed to become the savior of the dark realm. He is a street-smart teen who has experienced heartache and tragedy in his life. Orphaned young, with no family to love him, he learns to cope with heartache and death, and to survive. Jonathan, despite the heartache he has endured, is just a guy. He wants to be cool, accepted, liked by his friends, and loved by a family. He likes girls, like crazy, and has those teenage hormones to go with it.

But in the shadows, there is someone watching, waiting.

The story is told in first person narration, from 2 perspectives: Jonathan, and that of Arioch, his demon guardian. The most stunning thing about this book is the author's ability to capture the "voice" of the 2 main narrators. I was able to switch my brain from character to the other with ease. Jonathan sounds like the street-smart, sex-crazed young guy that he is, although a little hardened, dark, and brooding due to his experiences. Arioch is ancient, otherworldly, and deeply thoughtful. His "voice" perfectly portrays the direness of the epic battle he has been tasked to take part in.

The author's writing is strong: intelligent, descriptive, with excellent imagery and varied sentence structure. It was very easy to watch the entire story in my head as I read. The plot was unpredictable, original, and engaging with action and psychological thrills. Depth of the 2 main characters is very evident. In some of the otherworldly parts, the prose moved me to tears! And finally, the ending was very satisfying.

This is a good one!
Read more
One person found this helpful
Helpful
Comment Report abuse

The Island Wanderer
4.0 out of 5 stars Complex, suspense filled novel!
Reviewed in the United States on September 22, 2014
Verified Purchase
The story begins with Jonathan Night, a young man in his last year of high school. He has it all, but it wasn’t always like that. Jon lived in a series of foster homes growing up and came to know love and loss all too quickly. He was finally adopted by a great couple who supported and loved him through thick and thin. As Jon continues his growth into adulthood, he finds himself immersed in his own dark thoughts, turning to drugs and alcohol, and eventually much worse. Jon seems torn between what he knows is right and what his mind is telling him, throughout the story you’re convinced he’s gone mad… but instead he’s a pawn being used to wage war on Heaven by the demons that inhabit hell.

This was a truly complex story filled with suspense, twists and turns that kept me engaged and wanting more with each chapter. I was surprised, yet pleased with the ending.

Side note: I found the authors interpretation of Heaven and Hell original and very interesting.

This book was provided to me for free for an honest and unbiased review (see all our reviews at http://www.bookexplosions.com/)
Read more
4 people found this helpful
Helpful
Comment Report abuse

Heather M
4.0 out of 5 stars Fantastic Read
Reviewed in the United States on April 27, 2015
Verified Purchase
Plot/Story:
This story starts out like a YA novel. I half expected it to continue that way, but I caution the reader, this is not YA. The story starts out with Jonathan, a young man who has finally found a home. His mother died giving birth and he didn’t know his father. He has been in the system for 12 years before the Braces took him in. Life takes him on a journey of poor decisions and a love that destroys him once it ends. You follow Jonathan through his life.

Then the tables turn and you are following the demon that is Jonathans guardian, Arioch. Arioch tells the story of Lucifer’s fall from heaven and the angels that followed him to earth.

This is probably the first book I have read with this kind of story. It reminded me a lot of a Stephen King novel, minus all the ramblings that Stephen King is known for. It was straight to the point and I was hooked from the beginning. Probably because it starts with a love story and when there is romance, I am all over it.

Characters:
The two main characters go through a lot of growing through this book. The problem with most books is that the characters go from A to B with no middle ground, no explination as to how they got to point B. This book does an amazing job showing the transition from the person Jonathan was, to the person he became. While Arioch’s development wasn’t as focused on, his end is understood and you can see the progress of who he was to who he became.

Romance/Kills:
This book was full of romance! The most glaring one was between Jonathan and his high school sweet heart Alyssa. It is a lovely story, until it’s not. It becomes the love story that brings Jonathan down, making his life take a new direction.
As for kills, you will just have to read the story, but believe me there is plenty of blood.

Writing:
I had no issues reading this book. I did try to pay attention to grammar and spelling while reading this book. There was only one issue that I saw and it was simply where one word was repeated. Other than that, the writing was well edited and didn’t distract from the story. I was able to lose myself in the story.

Beginning:
The beginning was perfect. You meet Jonathan and almost instantly there is a love story brewing. Not to mention the horrible background of Jonathans past and the horrible things he had seen.

Ending:
The ending was so perfect! It was a happy ending, which this story needed. There was so much going on in the novel and so many horrible things happening, the only ending to have was a happy ending. This could be a stand-alone novel as easily as it could be the first of a series. I did see on Goodreads that this will be a series but the series has been set aside for another novel.

Cover Art:
Had this been a YA novel, the cover would be ideal. But after reading the novel I don’t think the cover does it justice. The cover is dark, so is the story, but the cover gives the impression of a fluffy darkness. You know, the darkness that isn’t all that dark, but just dark enough to give YA readers a little rush. The darkness within the pages is the kind of stuff that may keep you awake at night. The cover needs to be re-imagined.

Blurb:
I think the blurb is perfect. It gives just enough detail to get your attention, but not so much that you know what is going to happen.

Opening Line: Prologue: He was running scared. Chapter 1: I opened my eyes to the impending darkness.

Highlights: The progression of the story was perfect in keeping my attention.
Lowlights: I can’t really think of anything.

Final Thoughts: I feel like if you like Stephen King you may like this novel as well. I know I loved it.
Read more
3 people found this helpful
Helpful
Comment Report abuse
See all reviews

Lizziel
5.0 out of 5 stars Well worth your time
Reviewed in Australia on April 25, 2015
Verified Purchase
In this tense but dreamlike novel by Gerald Barnes, we follow the downward spiral of one seemingly insignificant orphan as he becomes The Darkest Tool. Watched over from birth by some rather sexy-sounding demons, the unwitting Jonathan is destined to bring about the age of Satan on Earth.

If that sounds like a cinematic premise then you’ll enjoy the fast-paced, character-driven action of this book. Barnes has a strong ear for dialogue and his work is richly populated with a diverse supporting cast. Spanning a decade and in desperate need for closure, Jonathan lives a dream-like life of feckless apathy, uncertain where to dedicate himself and how best to soothe his deep and abiding traumas. Suffused with his wistful need to belong, I followed Jonathan’s decadent falls and halting recoveries with trepidation.

Barnes wrestles with some pretty heavy stuff, from fallen angels to drug addiction to underground prize fights: everything is about compromise and deeply entrenched in metaphor. He has taken mankind’s most enduring struggles and dilemmas and packaged this sprawling vision into a neat little thriller made of whip-smart dialogue and pensive set pieces.

This is a book you could take lightly, and rip through enjoying the dynamic pace and lively characters, or you could take your time and unravel the many intricate themes and devices within. Either way, you’ll enjoy yourself.

For a quality Sunday afternoon read, I thoroughly recommend The Darkest Tool. I’ll be looking out for more from this author!
Read more
Report abuse

Jonesing for Jocelyn
4.0 out of 5 stars Good, different
Reviewed in Australia on September 22, 2018
Verified Purchase
This is a good book if you are wanting to ‘cleanse your palate’ in between genres. It is a slow read but I enjoyed reading something different.
Read more
Report abuse
See all reviews