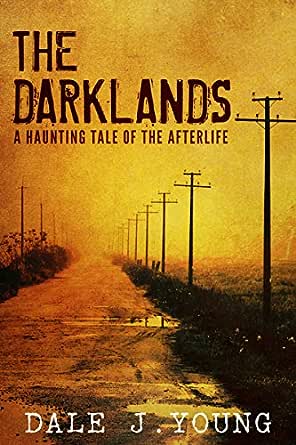 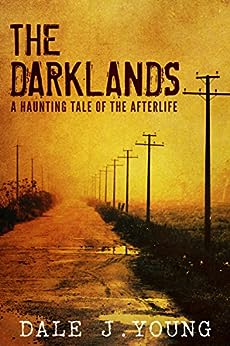 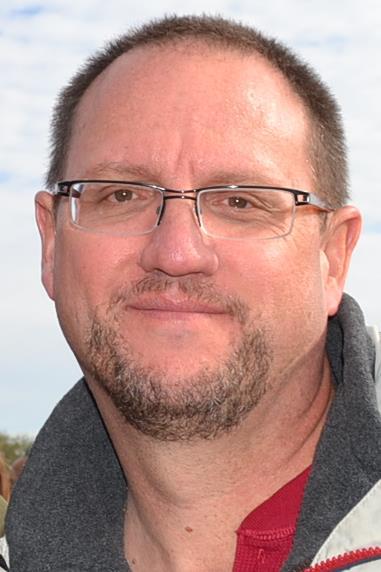 The Darklands: A Haunting Tale of the Afterlife Kindle Edition

Dale Young was born in North Carolina. His family has deep roots in the Blue Ridge Mountains, a dark and spooky land where superstitions about the dead run deep. The ghost stories and tales of wandering spirits passed down through his family over the years caused him many sleepless nights and inspired him to become a writer at an early age. Dale writes horror and paranormal suspense novels set in the American South, where the souls of the dead seldom rest in peace. His novels are available in ebook format for Kindle as well as paperback. You can find him on Goodreads, Facebook and on Twitter @niner8books. Visit Dale’s website at dalejyoung.com and subscribe to his blog to receive posts about Southern ghost folklore as well as notices of upcoming book releases and special discount offers. --This text refers to the paperback edition.

4.1 out of 5 stars
4.1 out of 5
42 global ratings
How are ratings calculated?
To calculate the overall star rating and percentage breakdown by star, we don’t use a simple average. Instead, our system considers things like how recent a review is and if the reviewer bought the item on Amazon. It also analyzes reviews to verify trustworthiness.
Top reviews

JoanneG
2.0 out of 5 stars Hell Isn't That Bad for Men
Reviewed in the United States on August 4, 2018
Verified Purchase
Barlow McSwain is having a mid-life crisis, so he buys a Harley, finds a beautiful girl, and gets killed riding in the mountains. He doesn't realize he's dead for a while because he lands in a strange place with nostalgic 1950s gas stations, bars, and tattoo parlors. Soon, though, he realizes he is in hell.

The author paints a vivid picture of hell that is both dark and humorous. There are places people burn, but there are bars where great music is played, and there's a whole lot of whiskey to drink. Most of the people Barlow first runs into are bikers. They seem to be in on a secret that Barlow isn't aware of, which, of course, is that he's in hell.

He does meet a nice girl named Candy who is there to meet and greet all the men that arrive. He's the only person that treats her nicely and they have a love affair in hell.

I was enjoying this book until about halfway through or so when I realized that all the women portrayed in the book were only there to service the men sexually. Does this mean that all women in hell are whores, somehow worse than the men, because although the men are also in hell, they get to enjoy the company of the women. What do the women get as a break from their eternity in hell? Nothing, as far as I could tell.

As I said, I liked this book. It was written satirically and the characters in hell, including Lucy, are entertaining, but what is the deal with the females? The men get to ride their bikes and get drunks, but all the women seem to do is service the men sexually. What kind of hell is this?

It just gets worse when Barlow's wife gets to hell. The description of her is truly disgusting.

This wasn't a bad book, but the author either hates women or doesn't know how to write about them. That ruined the book for me.
Read more
10 people found this helpful
Helpful
Comment Report abuse

M.C.Jansen
2.0 out of 5 stars Repetitious start quickly gets boring
Reviewed in the United States on February 10, 2018
Verified Purchase
Setting up story lines and charachters, get it. Writing's ok and perhaps if you're into the biker thing, this is for you. My biggest beef is the repetition in character introduction. A few pages I understand, but at 30% new characters were still being introduced without the story moving forward. So from that perspective I decided to call it quits.
Read more
8 people found this helpful
Helpful
Comment Report abuse

Jess
1.0 out of 5 stars The title is the best part of the book
Reviewed in the United States on March 20, 2018
Verified Purchase
There are horror stories that almost rise to the level of art, and then there's this. This author has one understanding of women : you're either a good whore or a bad whore. The story line is weak and predictable, the devil is the most sympathetic character, and the ending just putters to a stop. This book hits so many cliches that you'd think it was a contest entry. A waste of time.
Read more
7 people found this helpful
Helpful
Comment Report abuse

Michael A Monarch
5.0 out of 5 stars Loved it!
Reviewed in the United States on May 25, 2019
Verified Purchase
Enjoyed this book very much. Sent to Hell, Barlow gets to
ride his Harley all he wants, drink all the beer and whiskey
he wants, while having a beautiful, sexy woman as his
companion. Please, send me to Hell!
Lucy is more of a mob boss than a horned monster, and his
punishments and favors are fair.
Nice to see Barlow's cheating wife got her due when she
met her demise.
The Twilight Zone meets dark comedy meets Lucifer (the tv
show). Highly recommended!
Read more
One person found this helpful
Helpful
Comment Report abuse

June Holmstrom
2.0 out of 5 stars The devil is sexist? Who knew?
Reviewed in the United States on March 16, 2018
Verified Purchase
The story was pretty good, although the 3 female characters were insultingly stereotypical. The sexist nonsense spoiled what might have been a much better tale.
Read more
5 people found this helpful
Helpful
Comment Report abuse

Fritz
VINE VOICE
5.0 out of 5 stars Very Cool Book
Reviewed in the United States on November 12, 2018
Verified Purchase
The premise of the book is great and the story line very well though out. The characters are interesting and you begin to are about ten two main characters. When Lucy discovers that Barlow really shouldn't be there, but his ex-wife and former best friend should be. The results are hysterical with a final good twist.

I really enjoyed ready this story and found it hard to put down. Although the characters were unbelievable they were believable. For what he was, Lucy was a lovable character. I found this book enjoyable and even amusing at times. I would highly recommend it.
Read more
Helpful
Comment Report abuse

Sharon
5.0 out of 5 stars The Darklands
Reviewed in the United States on February 6, 2019
Verified Purchase
I was pleasantly surprised when I started this book. The story moved along at a good pace and once you get past the first few chapters that goes back in time to help set up characters that appear later in the story, you roll right along. Other than a few typos, I don't have anything negative to comment on.
I think once you choose to read this you won't regret it. Totally recommend it!
Read more
Helpful
Comment Report abuse

C. Hunter
4.0 out of 5 stars Weird But Cute
Reviewed in the United States on May 6, 2018
Verified Purchase
Who would have thought that a book about hell could possibly be cute? But it was. That and weird. But I did enjoy it. And how is it possible for a story about hell have a happy ending? But it does and it made me smile. There is some profanity, but come on, it is about the devil, after all.
Read more
Helpful
Comment Report abuse
See all reviews