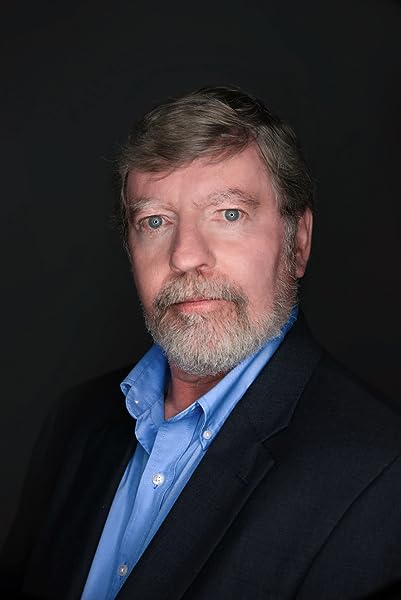 by Thomas Kies (Author)
4.6 out of 5 stars 73 ratings
Book 2 of 5: Geneva Chase Crime Reporter Mysteries
See all formats and editions
Sorry, there was a problem loading this page. Try again.

Random Road introduced Geneva Chase―"a reporter with a compelling voice, a damaged woman who recounts her own bittersweet story as she hunts down clues," says Library Journal―to murders straight out of a nightmare―six bodies found naked and cut to ribbons in a posh Connecticut home.

Having survived this and a personal tragedy, Geneva's story still includes alcoholism and career challenges compounded by the rocky finances of her newspaper employer. But she's working. She's fighting the urge to reconnect with a magnetic yet married lover. And she's raising a rebellious young lady who is not her daughter but a cherished legacy.

Nevertheless the newshound in Geneva spurs her to bad if not downright dangerous choices as two unrelated crimes unexpectedly collide. A fifteen-year-old-girl at her ward's high school has vanished along with her English teacher. Is this same-old, same-old, or something more? And then there's the abused woman who torched her sadistic husband, and how to keep her out of the clutches of powerful mobsters―and thus, out of the news.

Out on the crime beat, Geneva works to unravel the connection, if any, between these two disparate stories while her newspaper is put up for sale, a high-flying Hollywood production lights up the town, and her personal battles accelerate. Jarring twists and turns include charming movie stars, treacherous diamond merchants, adultery, sex traffickers, and murder. While the clock ticks and Geneva works desperately to find the missing student, she comes to the horrible realization that she's in over her head.

Darkness Lane, the second novel in the Geneva Chase Mystery Series, hurtles along at a breakneck speed where nothing is what it seems, and where art and reality collide in a terrifying climax.

"Write My Name Across the Sky: A Novel" by Barbara O'Neal for $6.45
The USA Today bestselling author of When We Believed in Mermaids returns with a tale of two generations of women reconciling family secrets and past regrets. | Learn more

"Multiple murders and shocking twists are key components in Geneva's ultimate uncovering of the truth. The flawed but dedicated heroine anchors Kies' second mystery with a compassion that compels readers to root for both justice and redemption." ― Kirkus Reviews

"There's a solid thriller here―the key is sex trafficking―but the real pleasure is watching Geneva work. Cheer her on as she wrestles with that vodka bottle and trembles with fear as she confronts the monster behind the child-slavery ring. She's also pretty good at standing up to a newspaper publisher about to screw the help into the ground." ― Don Crinklaw, Booklist

Author of the Geneva Chase Mystery Series, Thomas Kies lives and writes on a barrier island on the coast of North Carolina with his wife, Cindy, and Lilly, their shih-tzu. He has had a long career working for newspapers and magazines, primarily in New England and New York, and is currently working on his next novel, Graveyard Bay.

Currently living on a barrier island on the coast of North Carolina, Thomas Kies has a long career working for newspapers and magazines, primarily in New England and New York. When he’s not writing mysteries, Thomas Kies is the President of the Carteret County Chamber of Commerce. H www.thomaskiesauthor.com

Ginny Hedden
5.0 out of 5 stars Great series!
Reviewed in the United States 🇺🇸 on October 6, 2022
Verified Purchase
I heard about this series at a murder mystery dimmer at Carteret Community College. The author Thomas Kiess was a part of the story which was based on the characters of his books. My daughter and I loved it. We read Ramdom.Road first and loved Geneva Chase. She's a great reporter but has a lot of issues like !most of us. I can't wait to read the next book!
Read more
Helpful
Report abuse

Laura Steward
5.0 out of 5 stars Couldn’t stop turning the pages. Ending was a shocker!
Reviewed in the United States 🇺🇸 on July 19, 2019
Verified Purchase
Had to force myself to stop reading to go to bed and couldn’t wait to finish reading it. A thriller from start to finish with unexpected twists and turns throughout. Geneva Chase is the perfect lead character. Flaws and all. Beginning to wonder what goes on in the author’s head that he can write such a brilliant and six dimensional female character.

Can’t wait for the next book! Keep an eye on Tom Kies. He is sure to be the next chart topping NY Times bestselling author. This series would make a great movie!
Read more
One person found this helpful
Helpful
Report abuse

Annie Hogsett
5.0 out of 5 stars Maximum Suspense, Maximum Speed
Reviewed in the United States 🇺🇸 on August 18, 2018
Verified Purchase
Darkness Lane is loaded with everything that makes a page-turner a page-turner. A smart, independent, likable protagonist with a formidable character flaw that adds a splash of jeopardy to her every move. Scary villains. Suspects by the handful. Drama. Dread. And a haunted house. Geneva Chase is an experienced reporter with a gift for following a story right to the heart of its greatest danger and her deepest fears. Rich, engagingly-described, setting. Intriguing supporting cast. Plenty of action and lots of room left for whatever Genie will be getting into next.
Read more
One person found this helpful
Helpful
Report abuse

Richard Giles
5.0 out of 5 stars Genie At Her Best
Reviewed in the United States 🇺🇸 on February 18, 2019
Verified Purchase
The author has done it again with this second installment in what appears to be an ongoing series of books. Geneva "Genie" Chase is back at work as a small town newspaper reporter. Could not put this book (aka Kindle) down, and that was the same as experieinced with the first book, Random Road. The character development continues unabated. Consider me ready for the third installment. Gotta see what Genie will be up to next!
Read more
One person found this helpful
Helpful
Report abuse

SaltLady
5.0 out of 5 stars Another Winner!
Reviewed in the United States 🇺🇸 on August 21, 2018
Verified Purchase
Tom Kies has worked his magic again. A great read from start to finish. BUY THIS BOOK!!!!
Read more
One person found this helpful
Helpful
Report abuse

Rose M.
VINE VOICE
4.0 out of 5 stars Another great Geneva Chase book
Reviewed in the United States 🇺🇸 on August 1, 2022
When Caroline, Geneva's ward, loses out a part in a prestigious play, she is jealous of her best friend. But, when that best friend, Bobbi, goes missing, Geneva follows a storyline that could lead to finding Bobbi. While investigating some crimes in the area, including the burning of an abusive husband, Genie realizes that some of this is leading back to Bobbi's disappearance.
Genie also runs afoul of the Tolbonov brothers that she suspects are the Russian mob. She wonders if this is all tied together.
This book has a lot - mob, abuse, S & M, trafficking, murder, and more. Geneva is again struggling with her alcoholism, and managing a 15 year old teen, as well as her own up and down love life.
I really like Genie and the situations she gets into as she investigates. Looking forward to book 3!
Read more
Helpful
Report abuse

booklover
4.0 out of 5 stars Riveting Twists and Turns
Reviewed in the United States 🇺🇸 on June 30, 2018
Many thanks to the author / Poisoned Pen Press / Netgalley for the digital copy of this crime fiction. Opinions expressed here are unbiased and entirely my own.

Geneva Chase .. a multi-layered character. She's a reporter for a newspaper that may be sold, a damaged woman who is an alcoholic, albeit a high functioning one. She's been married three times, has had two affairs with married men, and always seems to be making the wrong decisions. She is also legal guardian to a teenager, Caroline the daughter of a man she had planned to marry before his death.

Caroline's best friend has gone missing and the police turn up a video showing Bobbi Jarvis getting into a car driven by her school coach. Just a few days prior, Bobbi's dad was murdered. Is there a connection? Geneva was the one who found Bobbi's dad ... she's still having nightmares about what she saw.

Geneva is also investigating a woman accused of murdering her husband ... after surviving more than 20 years of physical abuse. This case leads her to some very bad men. She's been followed, a gun has been shot through her living room window, and her 'daughter' has been threatened.

Suddenly these seemingly unconnected crimes start to merge. Jarring twists and turns include charming movie stars, treacherous diamond merchants, adultery, sex traffickers, and murder. While the clock ticks and Geneva works desperately to find the missing student, she comes to the horrible realization that she's in over her head.

This is very well written with a terrific leading character. Geneva is definitely flawed, but she's doing all she can to fight her private demons. Caroline is the typical teenage girl .. a little surly, part little girl part young woman.

Although this is second in a series, it does quite well as a stand alone --- just enough background information to keep the reader interested, not enough to keep the reader from wanting to take a look at RANDOM ROAD .. the first book. There's a bit of cliff hanger that leads me to believe there will be a third installment coming.
Read more
2 people found this helpful
Helpful
Report abuse
See all reviews