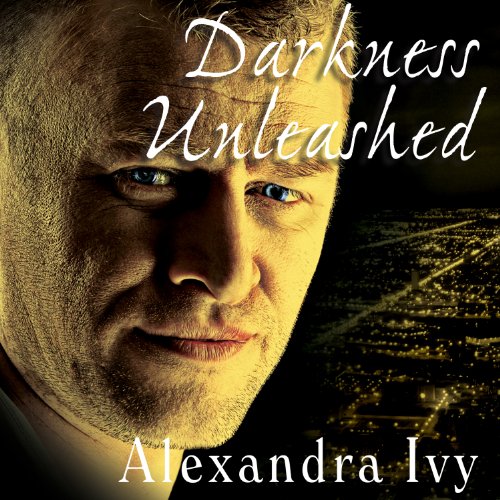 List Price: $30.09
You Save: $4.14 (14%)
By completing your purchase, you agree to Audible’s Conditions Of Use
Sold and delivered by Audible, an Amazon company
Share

4.6 out of 5 stars
4.6 out of 5
181 global ratings
How are ratings calculated?
To calculate the overall star rating and percentage breakdown by star, we don’t use a simple average. Instead, our system considers things like how recent a review is and if the reviewer bought the item on Amazon. It also analyzes reviews to verify trustworthiness.
Top reviews

Pknv
5.0 out of 5 stars One of the best in the series!
Reviewed in the United States on October 7, 2013
Verified Purchase
I didn't review the book before this (only because I sometimes get tired of reviewing books in a series), but I had to at least give my opinion of Darkness Unleashed. I seem to have a place in my heart for strong, sexy, protective, stubborn men who also have a piece of themselves which is broken and yet they try so hard to hide their vulnerability. It doesn't matter if he is a were, demon or vampire (as in this story). Jagr is thousands of years old and has been tortured in a way that made me almost feel his pain and sorrow. He lived pretty much as a recluse, with only his beautiful books and a tv to keep him in the past and the present. As in all of the books in this series, he meets a woman and his life slowly takes a turn he never imagined possible. He is scarred physically and emotionally, and Regan enters his life. Their lives have been so similar in the amount of suffering they have endured that they are fearful of being hurt again for any reason. Regan is a strong were and I was ecstatic as they began to realize they not only needed each other, but a family as well. Freedom and independence is wonderful, but can be lonely and not what one would expect until they are gathered in the arms of a loving mate, and soon, a family. Such a great book (I guess it's pretty obvious how much I loved it) and highly recommend this amazing love story with all the danger and excitement right along with it. Enjoy!!!!!!
Read more
2 people found this helpful
Helpful
Report abuse

Jwb52z
5.0 out of 5 stars So nice!
Reviewed in the United States on November 24, 2013
Verified Purchase
I originally got this novel free in October of 2009 for my Kindle, but my "to be read" list was so long then, and still is now, relatively, that it's taken me 4 years to reach the series containing this book. This one was really nice. I loved the fact that the romance in this one was not so instant. I think that made it slightly more real in terms of an actual relationship where there might be instant lustful attraction, but with a rational mind still able to function. I also appreciate that this book in the series has chapter demarcations. Chapter demarcations make it so much easier to see how close one is to the end of a chapter or to find a stopping place when necessary. The only real problem with this book that I could see were a few places when either a word in a sentence was missing or unnecessary. This series, as well as this novel, might be appropriate for an older teen, say 17 to 19, but adults into this genre should find it quite nice unless you're expecting classical literature level of writing and construction. I won't bore you with a plot summary as I know other reviewers are fond of doing that. If you enjoyed the previous books in this series, I say that you should give this one a shot. Have at it because I don't think you'll be disappointed. I can't wait to read the next one.
Read more
2 people found this helpful
Helpful
Report abuse

Amazon Customer
5.0 out of 5 stars excellent urban romantic fantasy
Reviewed in the United States on November 7, 2009
Verified Purchase
After centuries of torture, vampire Jagr escaped, but now prefers being alone with his only companion being books. However, his superior amongst the Guardians of Eternity Chicago clan of warriors Anasso Styx assigns him a mission that Jagr would like to reject, but knows he cannot. He is to find and escort back to their haven recently discovered pureblood were-sisters of Styx's wife Darcy (see Darkness Everlasting).

Regan Garrett spent a seeming lifetime being tortured by a nasty imp. Whereas she wants to enact vengeance she knows she also does not want to ever beholden to a male. Worse Regan recognizes her wannabe rescuer is not just a soul she lusts over, but much more. Meanwhile other folks want the pureblood for their nefarious schemes, forcing two tortured souls to decide between a loving team up or two solo acts.

The latest Guardians of Eternity urban romantic fantasy stars two intriguing lead characters who have tasted the worst of the Darkness tale, but now face something even more horrific considering their respective pasts: love. Neither wants it nor welcomes it, but both cannot ignore it as each is used to being alone rather than have a mate, a sister or a friend. They make the tale as love devastates their hermit existence while a horde want the pureblood, but Jagr would die before he allows any of them to harm his soul mate.

Emptrix
5.0 out of 5 stars Not My Favorite But Still Excellent Story Telling
Reviewed in the United States on January 18, 2010
Verified Purchase
I thought about giving this a 4 star rating, but comparing the writing and world building to some other authors who seem to be "successful", I had to go with 5 stars. I love this series, and disagree with another reviewer that J.R. Ward is better at world building and having a cohesive theme. Alex Ivy builds her paranormal world as she goes along, the structure is there and established from the first book, only new characters are added to the world. I love the way she incorporates all our old friends into each new story. The female mates are a force to recon with, and seeing the macho vampires tremble for fear of upsetting their mates always makes me laugh out loud. Levit is my "main man" and I (at the risk of spoiling) am delighted that he got lucky in this book. I laughed out loud at the description when Salvatore finds him covered in mud.

Jagr already had me hooked when he appeared in Darkness Revealed. I was actually happy to have been behind in my reading on this series because I was immediately able to read Darkness Unleashed. Jagr is everything one could want in an alpha male sexy vampire, and a scholar and sort of computer nerd in addition. I found the humor I've come to love in this series was just as prevailant in this book as those that come before it. Regan is a bit frustrating in her stubborn, cut off one's nose to spite one's face, attitude, but after finishing the book I relaized that this is part of what kept the book going, waiting for her to wake up and really see Jagr and admit her feelings for him. The sexual tension and personality tension between the two is well done. We meet one old character, Salvatore, who is the next alpha male book, and Tane, whose book I will wait for most impatiently. Possibly mates for the missing two sisters?
Read more
One person found this helpful
Helpful
Report abuse
See all reviews

BOOKWORM1304
4.0 out of 5 stars DARKNESS UNLEASHED
Reviewed in the United Kingdom on December 10, 2018
Verified Purchase
Jagr is as sexy as sin andis very dark until he meets her then he falls apart, love it. I wish he was mine. Love the series
Read more
Report abuse

Dee
5.0 out of 5 stars Fantatic
Reviewed in the United Kingdom on March 15, 2014
Verified Purchase
I just love the Guardians of Eternity books by Alexandra Ivy, they are amazing. The characters are all strong Alpha types whilst the heroines are all feisty, strong willed and accepting of the paranormal. Long may this series continue.
Read more
Report abuse

Linda
5.0 out of 5 stars Vampire series
Reviewed in the United Kingdom on February 15, 2015
Verified Purchase
I am absolutely loving this series, I love the vampire stories. Each book leads you to the next and yet another sizzling hot and six citing werewolf or vampire. Love this series.
Read more
Report abuse

Kindle Customer
5.0 out of 5 stars Exciting
Reviewed in the United Kingdom on June 18, 2016
Verified Purchase
These books just get better and better.I still get all of the crew from the previous books and new characters as well
Read more
Report abuse
See all reviews
Back to top
Get to Know Us
Make Money with Us
Amazon Payment Products
Let Us Help You
EnglishChoose a language for shopping. United StatesChoose a country/region for shopping.
© 1996-2021, Amazon.com, Inc. or its affiliates