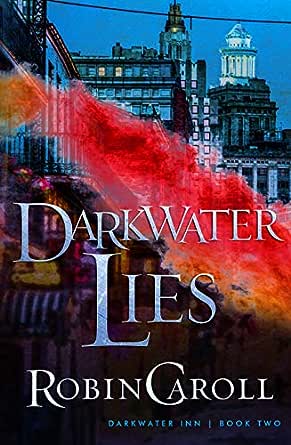 You've subscribed to Darkwater Inn! We will preorder your items within 24 hours of when they become available. When new books are released, we'll charge your default payment method for the lowest price available during the pre-order period.
Update your device or payment method, cancel individual pre-orders or your subscription at
Your Memberships & Subscriptions
There was an error. We were unable to process your subscription due to an error. Please refresh and try again. 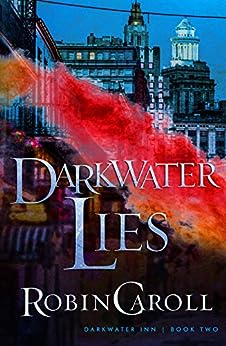 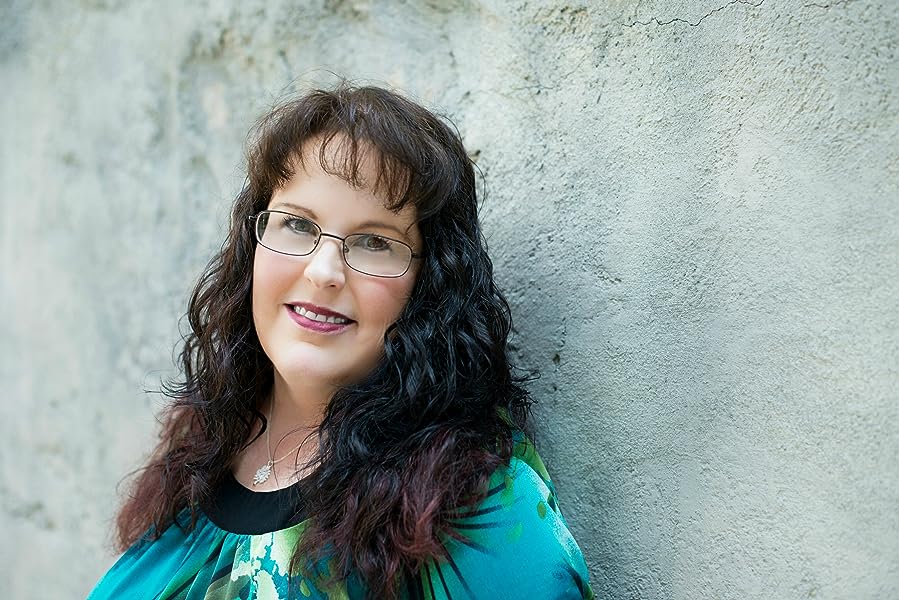 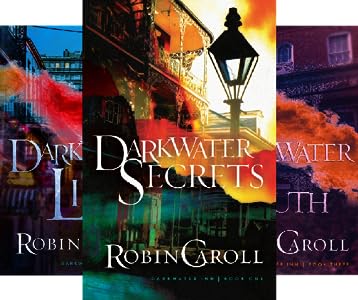 4.6 out of 5 stars
4.6 out of 5
21 customer ratings
How does Amazon calculate star ratings?
Amazon calculates a product’s star ratings based on a machine learned model instead of a raw data average. The model takes into account factors including the age of a rating, whether the ratings are from verified purchasers, and factors that establish reviewer trustworthiness.

Rebecca Maney
3.0 out of 5 stars Filled with Intrigue!
Reviewed in the United States on April 12, 2019
Verified Purchase
"She wasn't quite sure how she was going to handle what was about to become an international incident, but Adelaide was certain of one thing: she was about to find out."

Returning to the Darkwater Inn after a restorative sabbatical in England, Adelaide Fountaine's role as general manager is once again interrupted by tragedy; a robbery gone wrong, with no survivors. Apparently, after hacking into the inn's security system, someone had successfully pilfered a priceless tiara from the hotel safe. There are more questions than answers, and while the two men in Adelaide's life are both determined to help her find them, her mixed feelings about how each of them can fit into her future is still as confusing as ever.

Phyllis Whitaker
4.0 out of 5 stars Nice way to spend a day
Reviewed in the United States on June 7, 2019
Verified Purchase
Great second book. I found myself turning the pages to see what happens next. It wasn’t as suspenseful as the first book, but still is a good read. I figured out the kidnapper before hand, as well as the person behind the thief of the crown. Aside from that, it was great visiting the Darkwater Inn again.
Read more
One person found this helpful
Helpful
Comment Report abuse

TexasWriter
4.0 out of 5 stars Love this series!
Reviewed in the United States on March 12, 2019
Verified Purchase
Robin Caroll transports me to New Orleans and I’m happily sucked into the lives of Addy, Beau, and Dimitri. The detailed images are vivid and strong, and the characters are as real to me as my friends. I can’t wait for book 3!
Read more
One person found this helpful
Helpful
Comment Report abuse

L. Burroughs
5.0 out of 5 stars Loved it!
Reviewed in the United States on August 3, 2019
Verified Purchase
Great read. Interesting and suspenseful. Love all of her books!
Read more
One person found this helpful
Helpful
Comment Report abuse

Dianne
5.0 out of 5 stars Very intriguing
Reviewed in the United States on March 17, 2019
Verified Purchase
Like everting about the book. Held my attention thru the whole book. Had no idea it would be Colton at the end. Love all her books. Fantastic writer. Waiting for her next book.
Read more
One person found this helpful
Helpful
Comment Report abuse

Darlene L. Turner
4.0 out of 5 stars Mardi Gras Mystery
Reviewed in the United States on March 11, 2019
Adelaide Fountaine just wants to run the Darkwater Inn efficiently and without trouble after returning from a six-month sabbatical, but when a jewel heist and murder lands on her doorstep, she’s once again thrust into danger. A priceless tiara has gone missing and three people are left dead. Who’s next on the murderer’s list? She not only has to deal with the busy Mardi Gras season and this dangerous puzzle but with a visiting princess and the attention of two men: Beau and Dimitri. How can she choose between the two when they both have captured her heart?

The mystery heightens when Adelaide is abducted. Can these two men set aside their differences and work together to save the woman they both care for before it’s too late?

Author Robin Caroll has done it again in book two from the Darkwater Inn series – Darkwater Lies. It’s a clever tale that captured my attention from page one. With twists and turns around every corner, I had to keep reading to unravel the mystery. I like a story where you don’t know who is behind it and this one doesn’t disappoint.

I once again fell in love with the characters—Addy, Beau, and Dimitri. They’re solid and come alive on the page. However, I found myself rooting for Team Beau, but we’ll have to wait for Darkwater Truth before we find out who she chooses!

It’s apparent the author has done her homework with the research of New Orleans, Mardi Gras, voodoo, and the royalty of Liechtenstein. This brings the novel to life and the reader can picture exactly what the character sees. Awesome writing!

I really enjoy this series and look forward to the final installment.

I give Darkwater Lies four Mardi Gras beads. The mystery takes you to the heart of New Orleans and grabs you by the throat!

**An e-copy of this book was provided by the author for my honest opinion.
Read more
2 people found this helpful
Helpful
Comment Report abuse

Mama Cat
5.0 out of 5 stars Fast-Paced Intrigue! Don't Miss This One!
Reviewed in the United States on March 1, 2019
Second in the Darkwater Inn series, this thrilling suspense novel is fabulous! It is fast-paced and intriguing, set during the Mardi Gras in New Orleans. We get to better know the characters we came to love – or not – in Darkwater Secrets with a plot that hits the ground running.

Addy is General Manager of Darkwater Inn, a luxury, historic hotel in the French Quarter. It is owned by Claude Pampalon, who groomed his son Dimitri to be the CEO, a position he doesn’t want. Instead, Dimitri is the chef at the Inn’s renowned restaurant. His half sister Lissette, daughter of a woman Claude had secretly seen, has been confirmed as Claude’s daughter. Dimitri helped Lissette get on board to learn to be CEO of the Inn and, due to the inheritance laws unique to their state, will share Claude’s estate with Dimitri they thought.

Approximately an hour after discovered, Addy learns of a hack into the computer systems. She hurries to see if the vault has been compromised when the security team is unable to get a response from the guard posted there. She and Dimitri find the vault open, and dead inside is one of the Inn’s guards and a guard of Liechtenstein’s Princess Katerina. The safe at the back of the vault has also been opened, and is now missing $50,000 cash, a black velvet tubular pouch Claude had secured there a couple days ago, and the jewel-encrusted tiara the Princess brought with her. Thus begins the investigation into a labyrinth of theft of incredibly valuable items, murders, and even more difficult for Dimitri and Beau, one of the detectives, Addy’s kidnapping. It is a tangled web of intrigue, in which one clue might lead to another crime, or an unexpected bad guy or gal.

I enjoyed getting to know Addy, Dimitri, and Beau better! I also appreciated “meeting” the princess and learning about her Liechtenstein home. Addy has an inner strength and an engaging manner of drawing people into conversations. She has been away from the Lord for a very long time, trying to overcome the anger and resentment that long had a grip on her. The potential romance she put on hold almost a year ago still awaits her attention. Beau, who she has known since childhood, has loved her for most of her life. Dimitri hasn’t known her as long, but he also is in love with her. They are each aware of the other’s feelings and awaiting her decision of who she will go out with. Since I like both, it is hard to guess which one she might choose! Addy had been in Europe for several months of special training, and had taken a long assessment of the direction she is going in. Dimitri is a man of faith, and he prays for all concerned with the circumstances. In that respect I think he would be a good choice.

There are exciting plot twists throughout that continually change the landscape of the story. It is a challenge to determine who was behind each – or all – of the crimes, and there were definite surprises. This is a highly-satisfying novel that reminds me all over again how much I love this author’s work. I highly recommend this to anyone who appreciates excellent Christian intrigue with the potential for romance in a fascinating, historical setting.

From a grateful heart: I received a complimentary copy of the e-Arc, and this is my honest review.
Read more
2 people found this helpful
Helpful
Comment Report abuse
See all reviews from the United States